Instead, we came home to cold weather, dry air and such heartbreaking news about the tragedy in Connecticut. My heart goes out to anyone and everyone whose lives have been affected.

All tragedy aside, we really did have such an amazing vacation and I’m so grateful to have had the opportunity to spend 6 full days in the sun, with a tropical drink in one hand, a good book in the other and seriously, no problems, mon.

The weather was beautiful the entire time we were there and was basically a constant 84 degrees (even at night!). Obviously, it’s a lot more humid than Colorado, but I’m actually not the type to mind a little (or a lot) of humidity.

Every night I would sarcastically ask Joey, “What do you think we’re gonna do all day tomorrow?” because we basically woke up at the super-late-for-us hour of 9 AM, grabbed breakfast and parked it on the beach all.day.long. 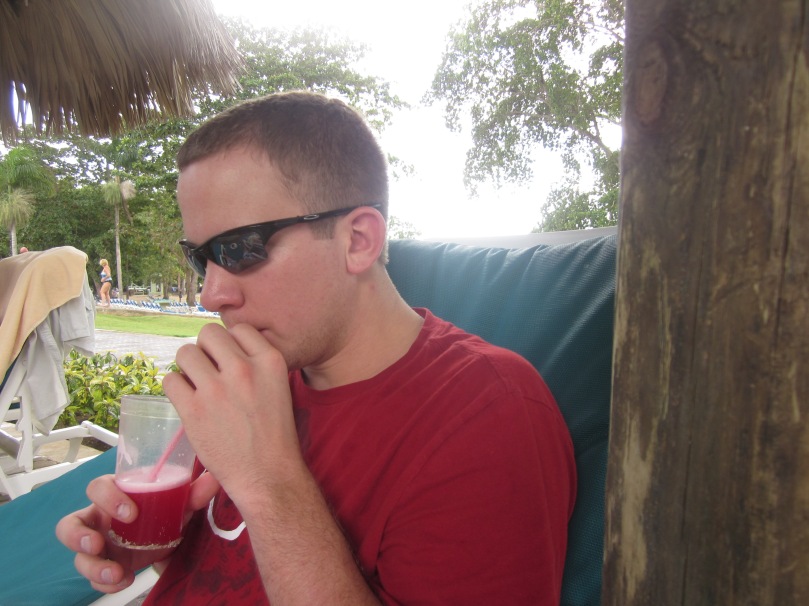 I guess we occasionally moved it to one of the two pools. One of which had a swim up bar, where we watched at man in his 70’s get completely annihilated and then didn’t see him drink an alcoholic beverage for the remainder of the trip.

We stayed in Negril, which is about an hour away from Montego Bay, at the ClubHotel RIU Negril and I would definitely recommend the resort. It was all-inclusive so we made sure to take advantage everything the resort had to offer. 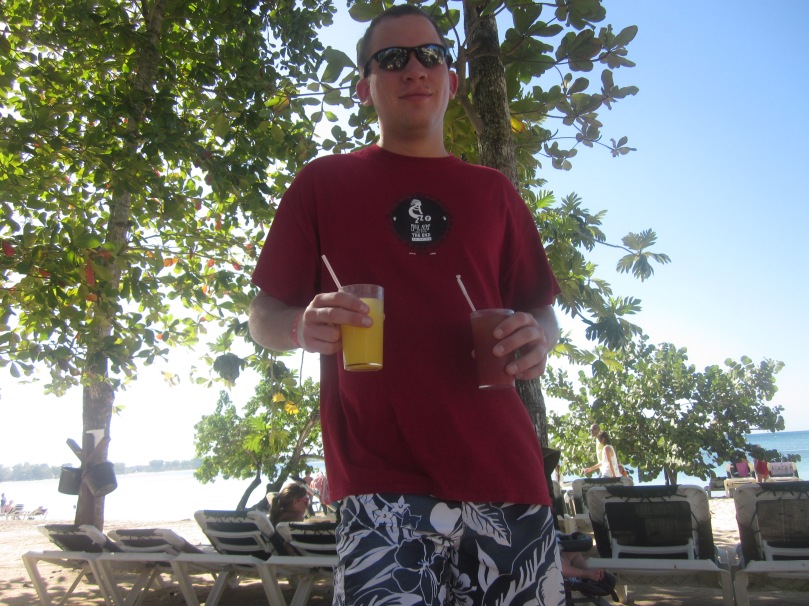 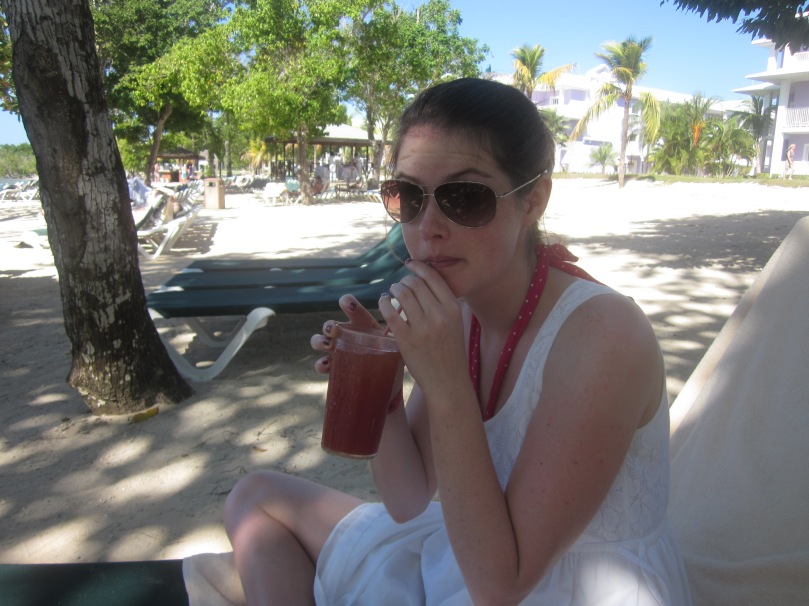 Um, mostly the alcohol. But there was food a-plenty and some kayaking as well. There were a couple of buffets and 3 fancier multi-course restaurants, which were included in the price of the resort. I won’t say it was the best food I’ve ever eaten, but I didn’t really have any complaints though.

We were able to try all 3 restaurants and I was pretty impressed. Or was under the influence of too much wine and whatever this green drink was. 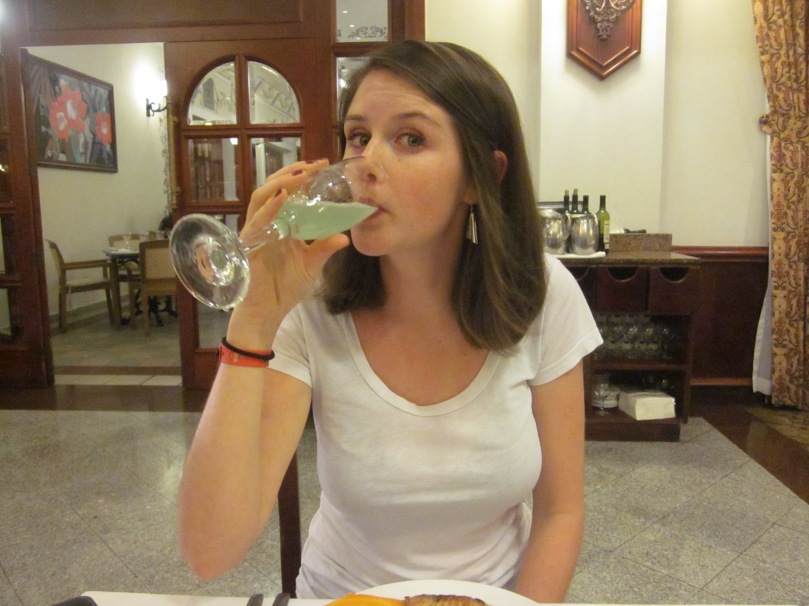 But really, I was most impressed by the jerk chicken shack that opened up everyday right on the beach and served the most deliciously tender and slightly spicy chicken. Which we served up with rice and beans and a good ladle-full of barbecue sauce. We may have each devoured a plate almost every single day. 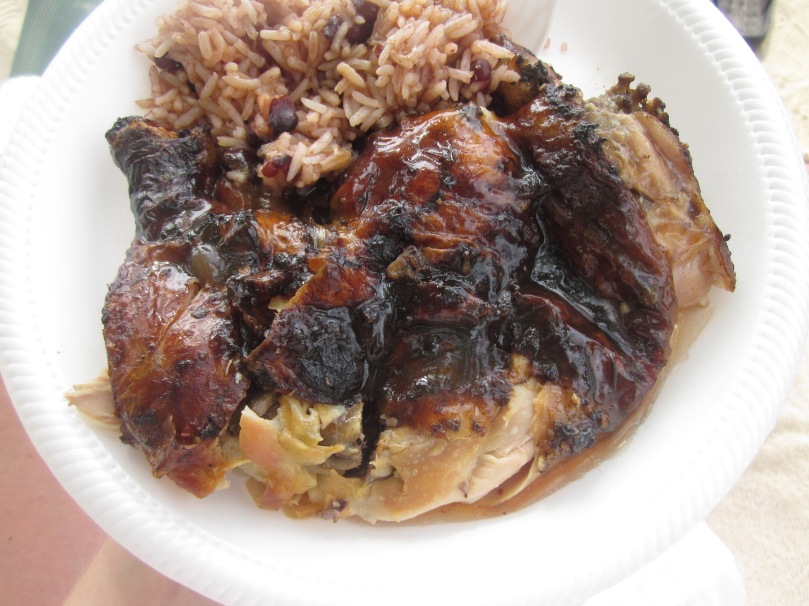 I also contracted a mild, okay severe, obsession with jack fruit. If you’ve never had or seen jack fruit, it looks like a watermelon with this pokey-looking outside and the inside is bright yellow with big chucks of fruit that you have to remove a giant seed from and pull out with your hands, which get all sticky in the process.

So worth it, though because that tropical flavor and odd texture are so so addicting. Not that I would know anything about that though.

The resort had an entertainment team that put on nightly dance shows, all of which we watched and loved. One night they did a Michael Jackson show and their Thriller number was awesome plus they ended the show with my all-time favorite MJ song, “Will You Be There?” Yeah, from Free Willy… That’s everyone’s favorite, right?

They also led aerobics classes, beach volleyball games, poolside contests and nighttime dancing. I wouldn’t know anything about those last two activities though…

I think our favorite part of of the trip was the excursion we went on to Rick’s Cafe, which is a restaurant bar with cliff diving!

We stopped on the way for snorkeling and to swim into a cave where part of Pirates of the Caribbean was filmed. Once we got to Rick’s, we ordered food and drinks, then watched a wedding where the bride and groom said “I do” and then jumped from the 40 ft. cliff into the ocean below, still in their wedding clothes!

Then Joey and I both jumped off that same cliff! I’m terrified of heights and have never done anything like that before. I think the extra strong rum punch I had helped me gain the courage to do it. Total vacation highlight! 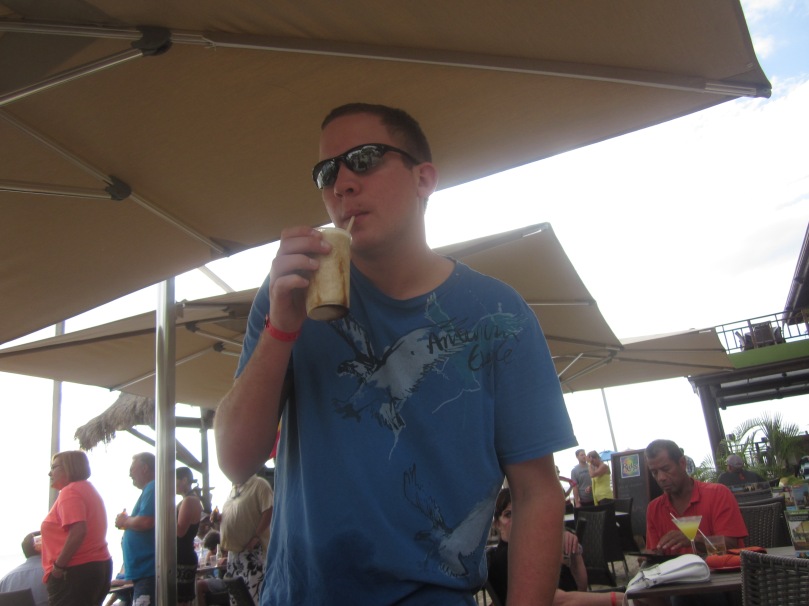 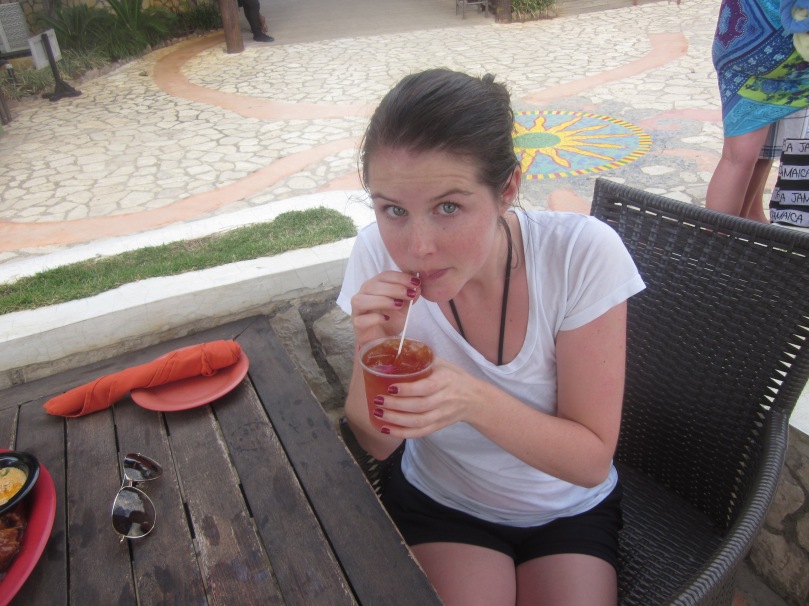 As for the beach and the Jamaican landscape, it was gorgeous! The water was so warm, clear and calm. Watching the sunset over the ocean and seeing the sea floor littered with tiny starfish is something I’ll never forget.

Actually, I don’t think I’ll ever forget the whole vacation.

Have you ever been to the Caribbean?

10 thoughts on “A Jamaican Vacation”