I tried carrying four ears of corn in one hand on Sunday night.

Now would be a good time to mention that I have small hands.  Not suitable for four large ears of corn.  I was carrying said ears onto our patio to put them on the grill when one fell out of my hand, rolled across the patio and fell two stories into a pile of rocks.  If there was ever a time to be grateful that our downstairs neighbors keep their patio blinds closed, it was on Sunday night when I had to sneak into their “backyard” to retrieve that corn.  Oopsie! 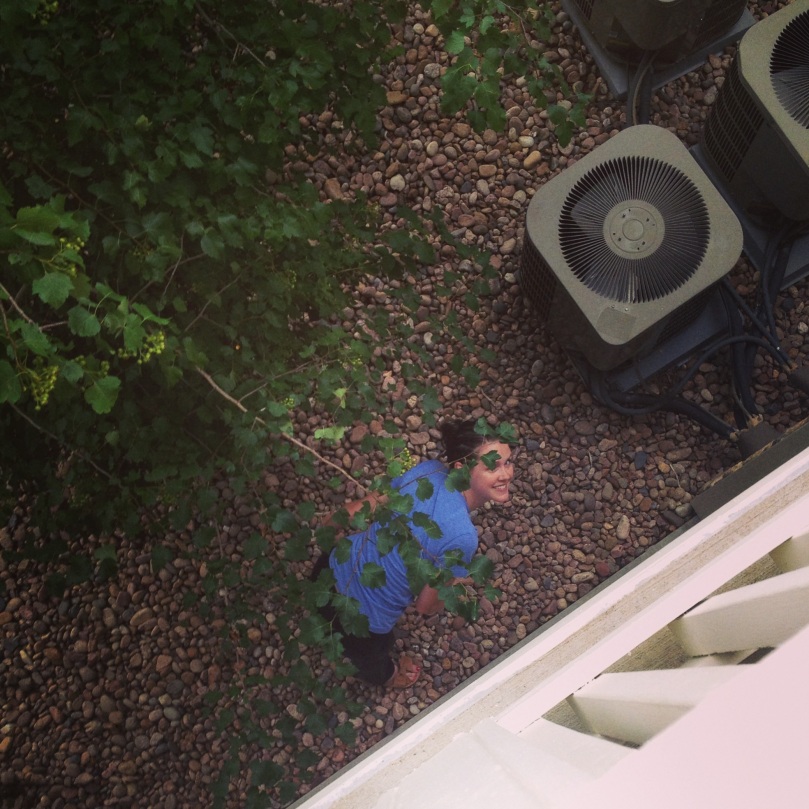 Okay, career-wise, I know next to nothing about KAJ (basketball, right??) but a month ago I signed up for this little email project thing someone organized with a bunch of random celebrities — Every Monday I get an email that compiles a bunch of emails previously written by those celebrities.  Basically, there’s a topic and they all have to search their sent folder for a message that fits that topic — and he happens to be one of them.  I find it to be a totally intimate look into the life/personality of the participants and every single one of KAJ’s emails has been poised, intelligent and caring.  In other words, he seems like the definition of a stand up guy.  If you’re interested, the project is called “We Think Alone” and you can still sign up 🙂

We went to the Bruno Mars concert on Monday night at Red Rocks.

Someone had tee many martoonis.  Just kidding, no one drinks martinis at a concert.  But it may have been vodka lemonades instead. 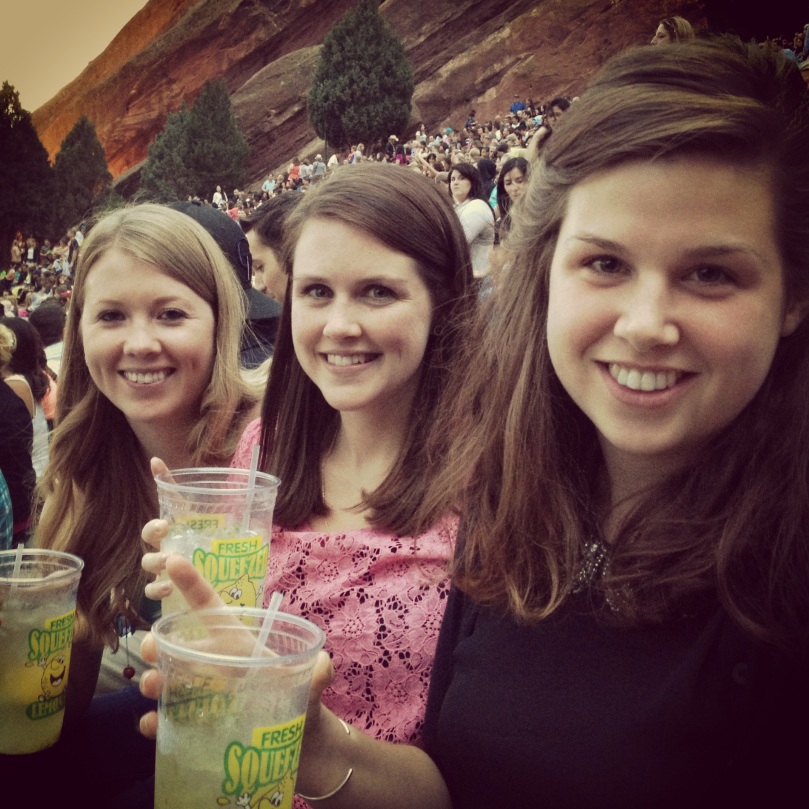 Anyways, Bruno sounded amazing and I most likely embarrassed everyone that was with me by dancing the entire time.  And another confession: I love going to concerts by performers who only have one or two CDs.  It means you’ll probably get to hear every single song and still be in bed by midnight, which is ideal for a Monday night concert. 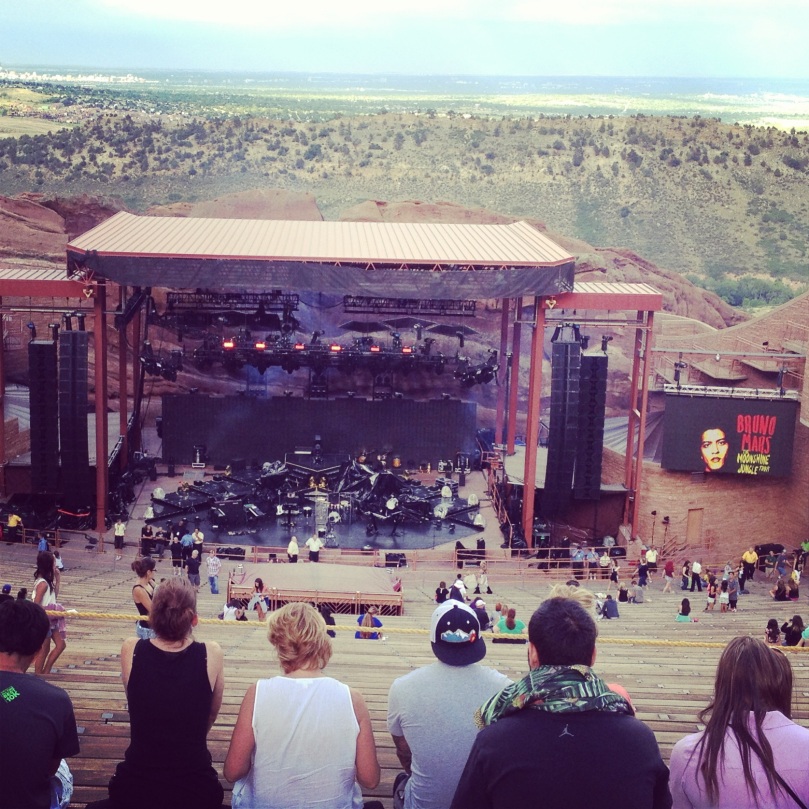 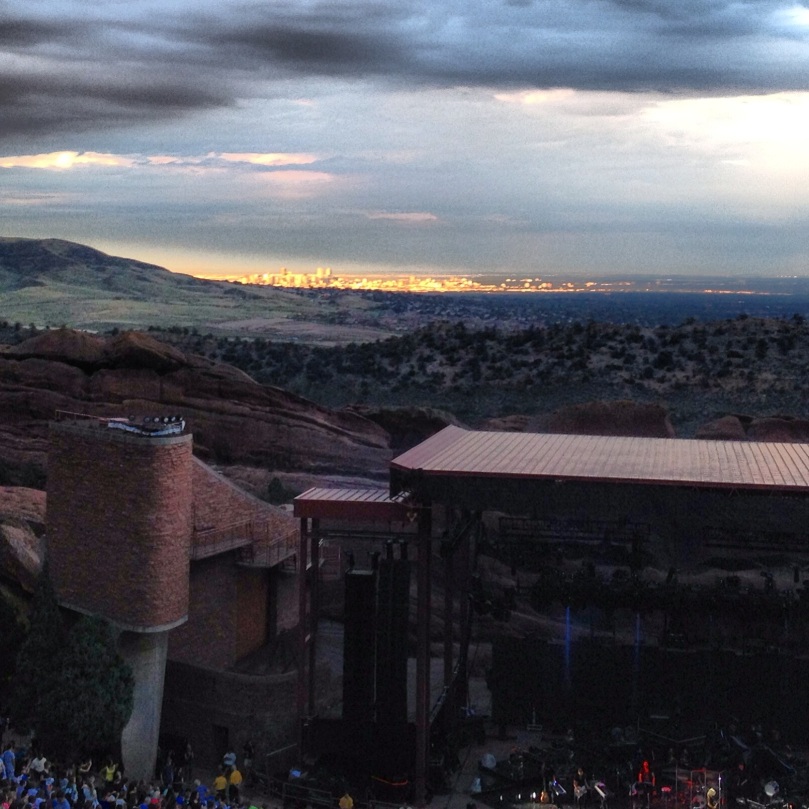 Psst, check out the light shining onto Denver in the background of this picture.  The promise land!

We put in our first offer on a house!

Unfortunately, the seller took a higher offer but it was exciting for a minute there.  I’ve decided to bounce back and move on instead of being disappointed.  We didn’t want that shitty house anyways! 😛 I know, I just bought the old CD like two weeks ago but I’m already loving the new one.  There’s a cover of a Smashing Pumpkins song and I think I listened to it about 5 times before I even realized it was a cover — they have this knack for making covers sounds so completely different from the original — but I think my favorite is “Dust to Dust.”  Also, Adele tweeted about how good the album was and I fell even more in love with her.

I need one of these.

We had dinner over at Joey’s aunt and uncle’s on Tuesday night and they pulled out S’mores and these pie irons for dessert.  The iron opens up so you can fill it with bread and pie filling, then you toast the whole thing over the fire.  It reminded me of the good old Toas-tite that my mom inherited from her dad.  We used to make some amazing breakfast flying saucer creations with that thing.  Ah, memories.

We’re going to “the cabin” this weekend and I might actually be excited.

Who else thinks this would be the perfect occasion to locate that aforementioned Toas-tite and make a campfire meal with it?