The most hot and humid weather I’ve ever experienced (and I’ve been to New Orleans in August!), but also The White House, city views from swanky rooftop bars, endless bowls of fresh pita, the monuments all lit up at night, an alleyway coffee shop, BOTTOMLESS BRUNCH (what?!), a museum tour that makes you thirsty for beer, a Bryce Harper home run, the Ginuwine Wikipedia page (don’t ask), walking past all the pretty row houses on your way to get coffee, “watching sport,” UNION MARKET (OMG, my favorite!), Union Station, a Sunday bike ride, seeing the Changing of the Guard, THE BEST dinner at Tail Up Goat and sad goodbyes at the end.

It is insane and beautiful and amazing that you can collect so many precious memories in such a short span of time.  Till next time, D.C.! 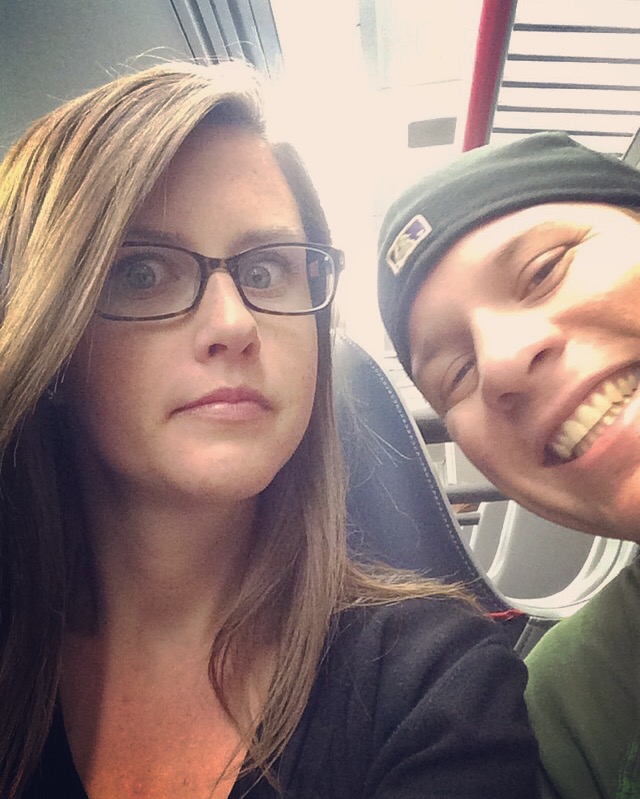 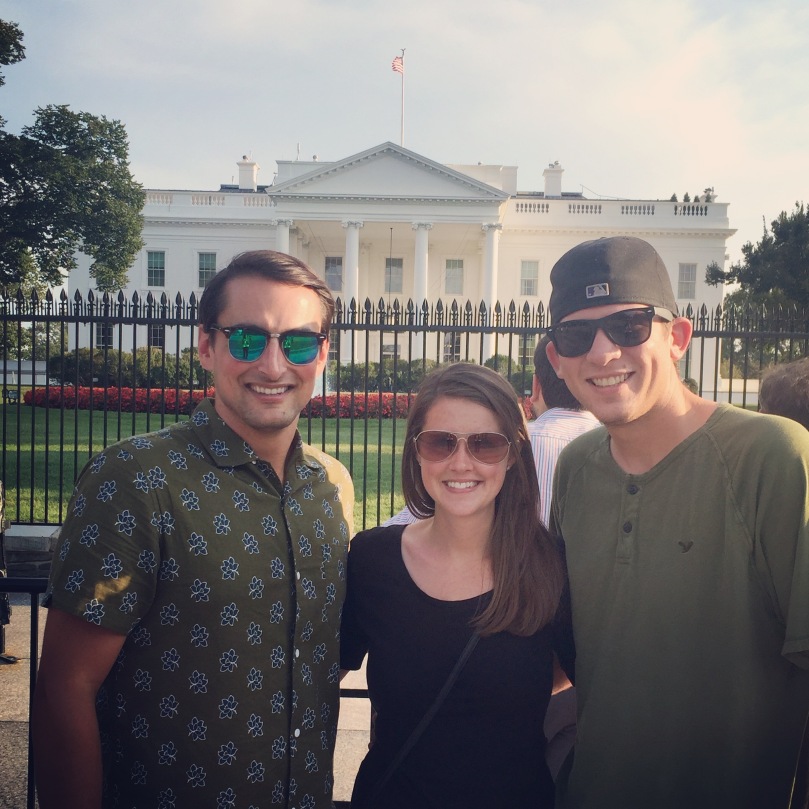 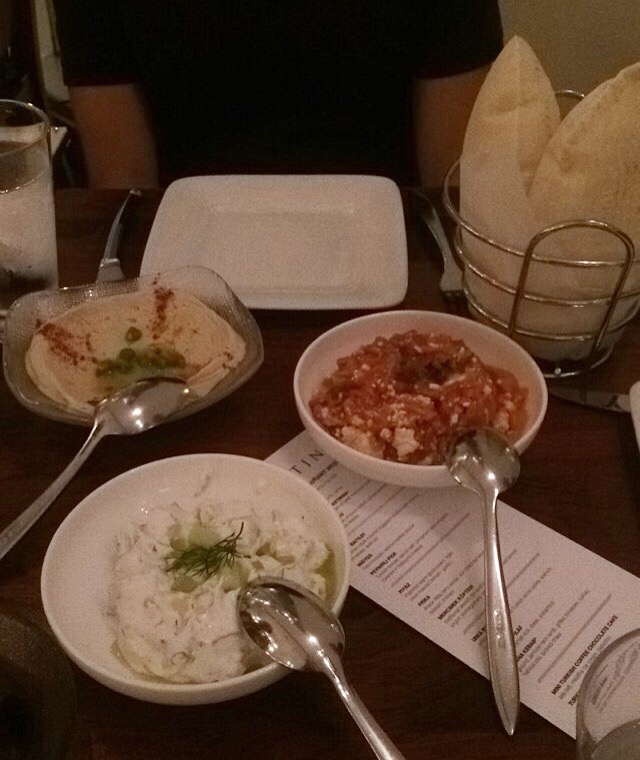 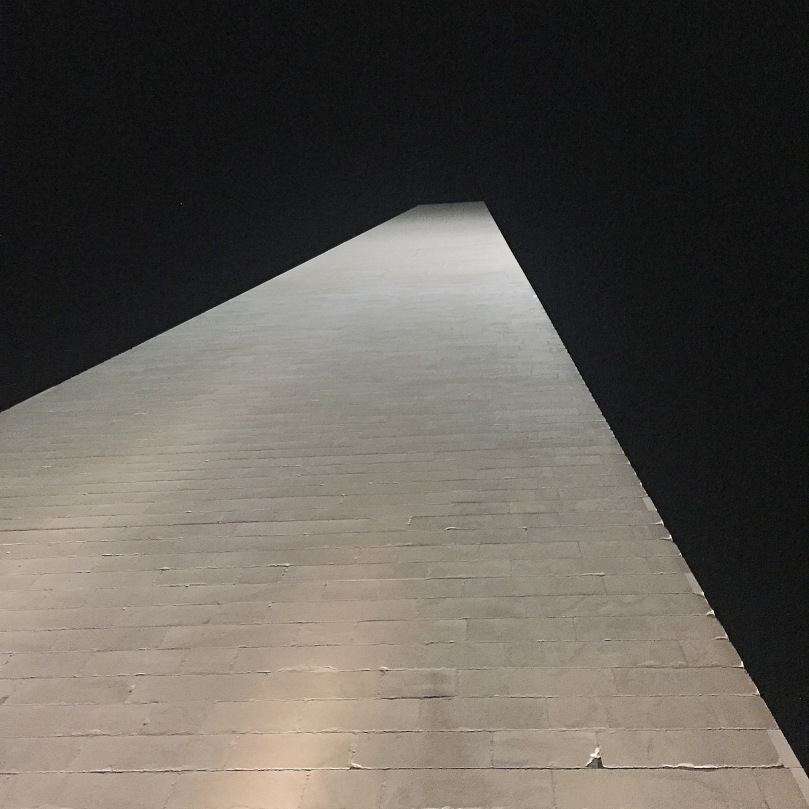 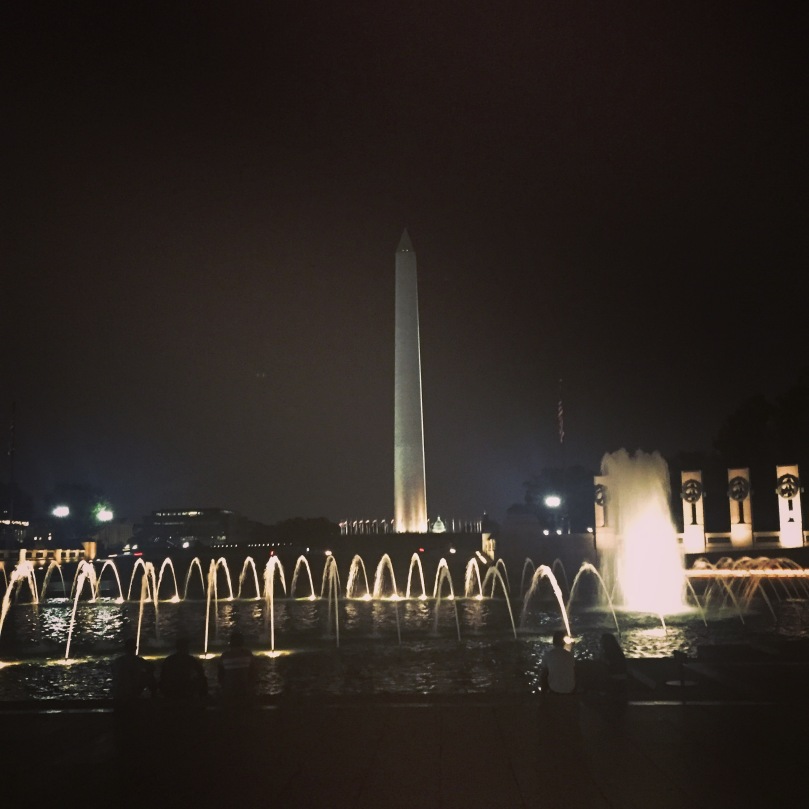 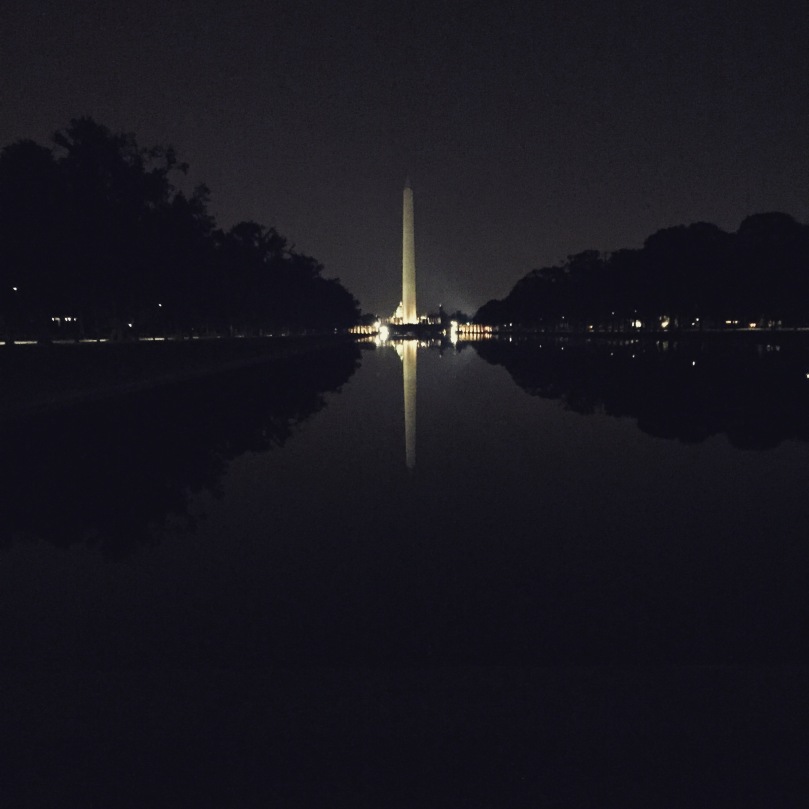 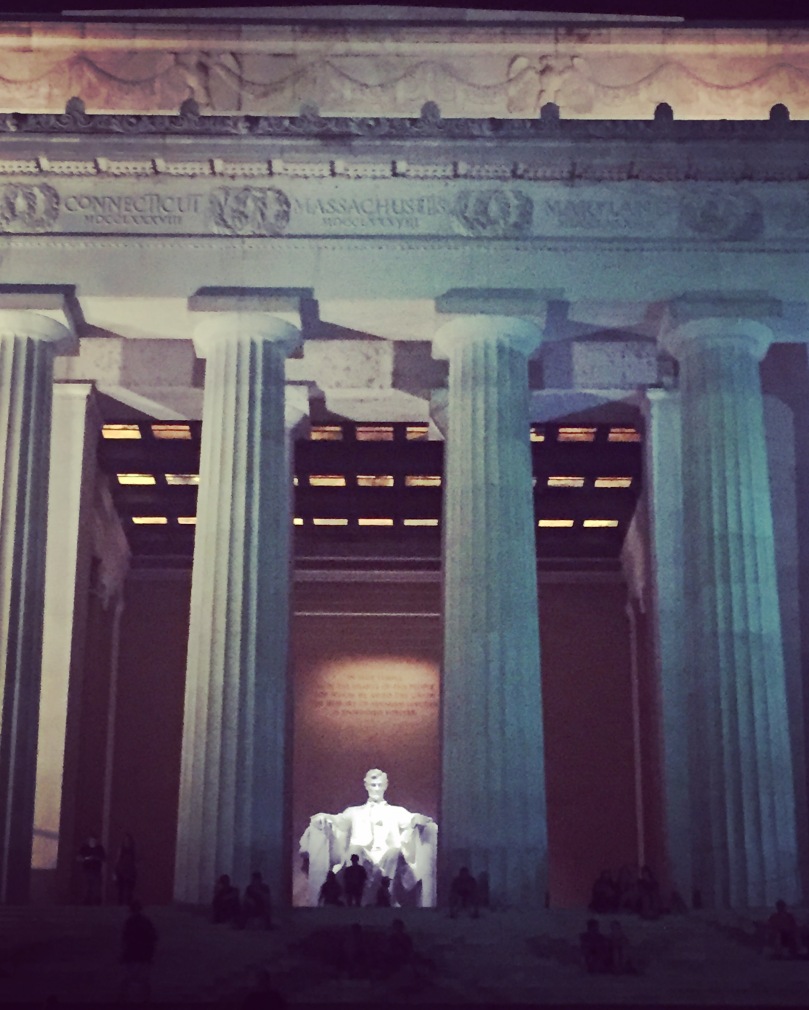 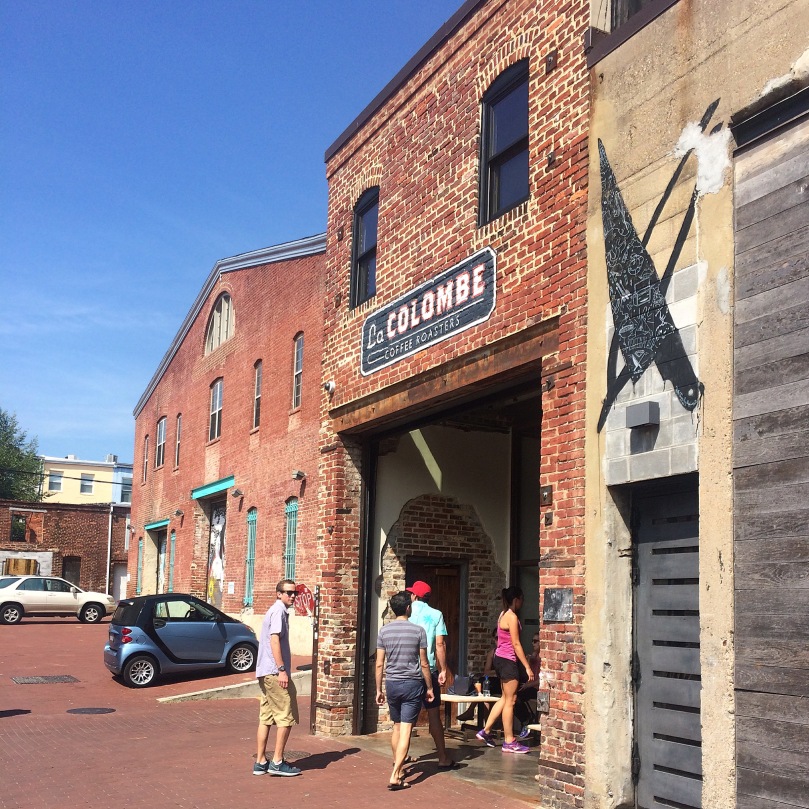 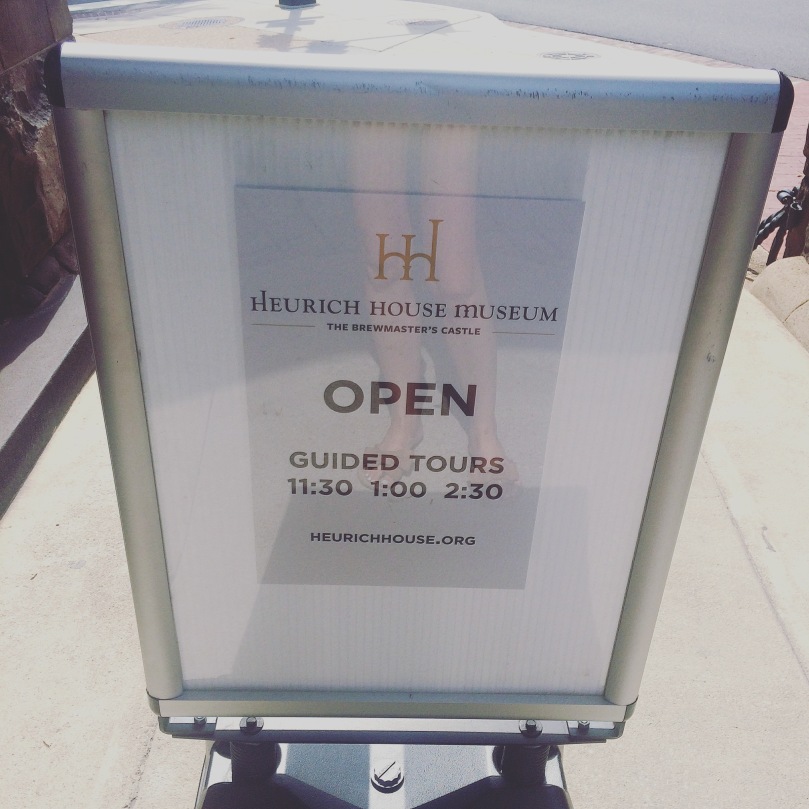 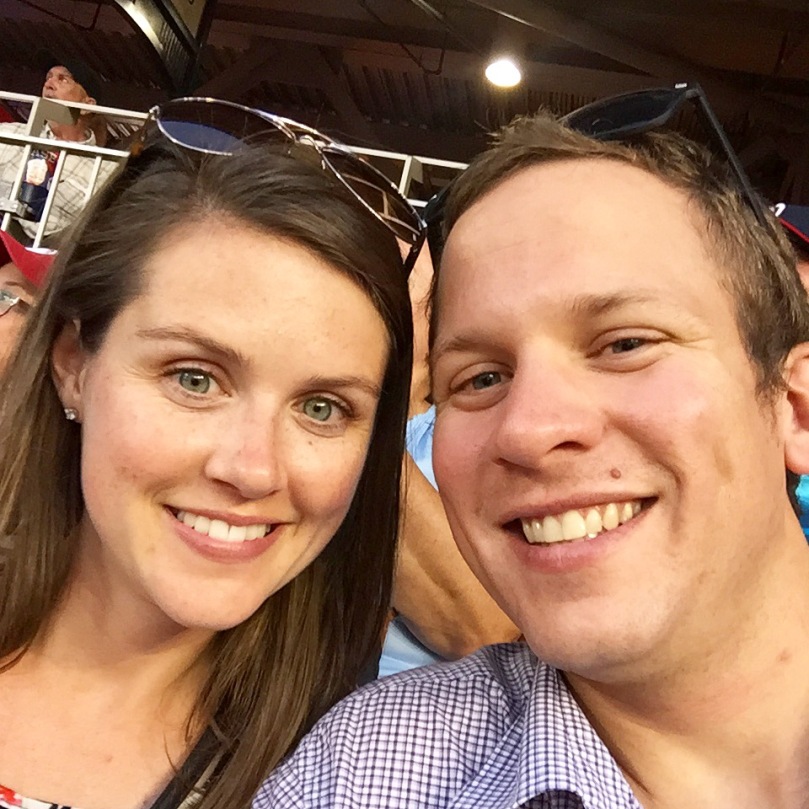 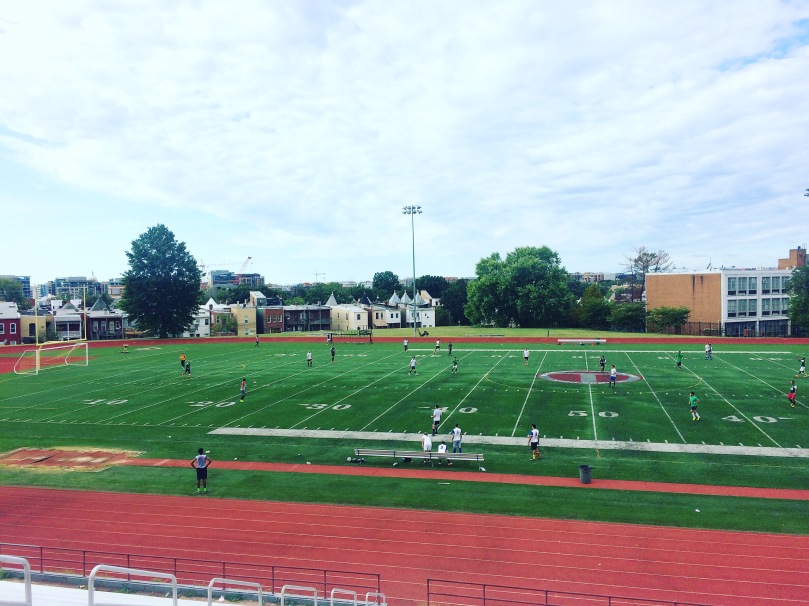 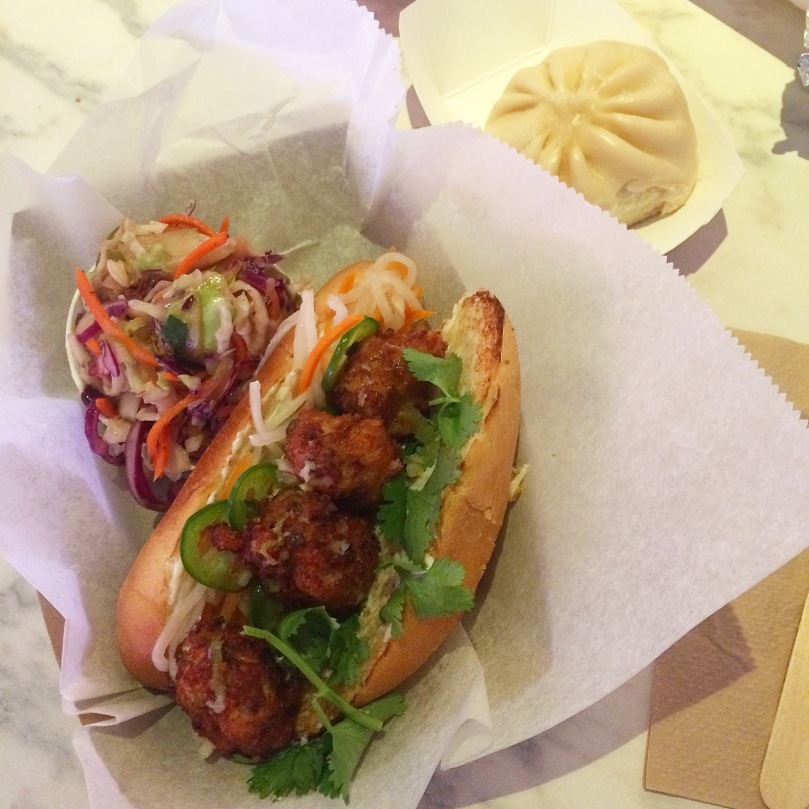 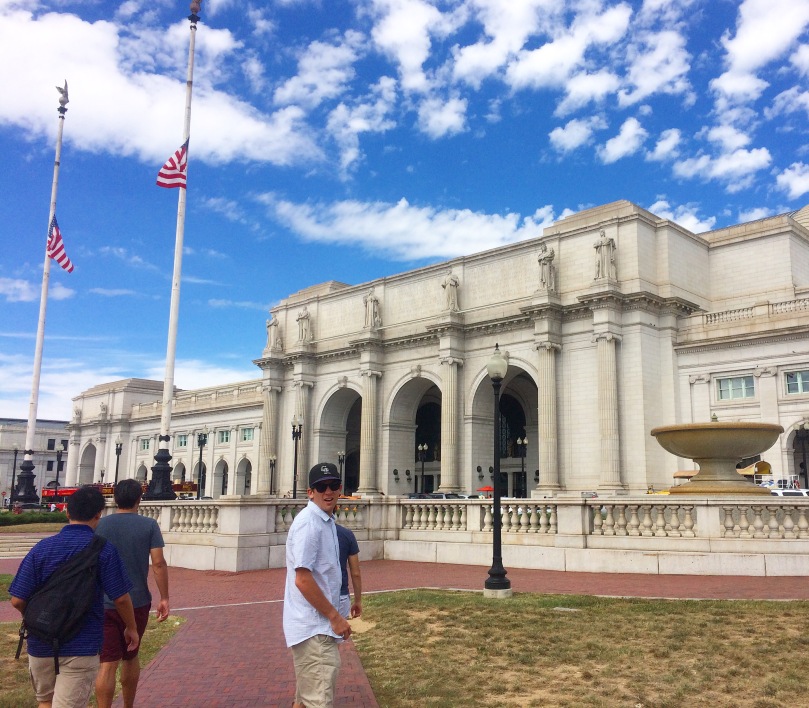 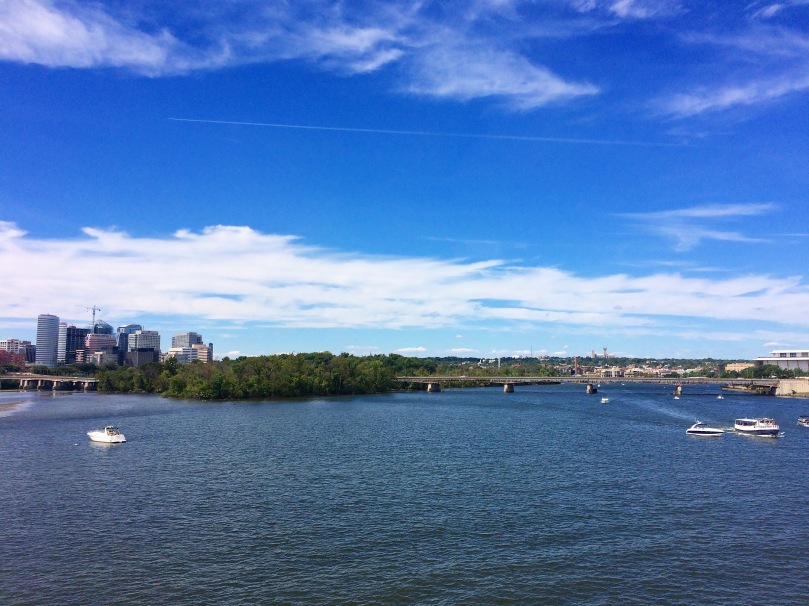 Qualia Coffee // They roast their own coffee and there’s a secret back patio, but you didn’t hear it from me.

Capitol City Brewing Company // I had a really good Rye IPA and get this, they give out baskets of soft pretzels instead of baskets of bread!

Zaytinya // What can I say except that everything is good and they give you a never ending supply of fresh pita to dip any and everything in.  My favorite was the roasted red pepper dip and the Brussel sprouts.

Pintango Gelato // Totally recommended on a hot D.C. night when you’re walking to the Washington Monument.  Or just any time.

La Colombe Coffee  (Shaw location) // One look at this place and I was sold.  All the exposed brick your eyes can handle.  Plus I’d call the almond milk latte I ordered one of the best I’ve ever had.

El Centro // You shoulda seen my eyes when I heard they do a $35 bottomless brunch, food AND drink included!  I only made it through round one but I’m pretty sure Joey ordered 50% of the menu.  Best chilaquiles ever though, furreal.

Kapnos at the Park // I wouldn’t call the Greek Fried Potatoes I ate at Nationals Park the best thing I ate in D.C. but overall, the options were so much better than at Coors.  No fair.

Big Bear Café // We just grabbed coffee and a couple of (really good) pastries, but can I just say I’m a big fan of a coffee shop that’s got a good food menu and this place looked like it did.  Also, it was hoppin in there!

Union Market // An indoor food hall that made my heart so so happy.  I think I could’ve spent all day there but decided to order a shrimp bánh mì and a bao bun (that I saw a man walk by with and HAD to track down), then left feeling my happiest foodie self.

Tail Up Goat // Saved the best for last with this one!  What can I even say?  Everything — from the way they confirm your reservation with a goat emoji text, to the beautiful bar set up, to the watermelon-jalapeno cocktail to the best damn roasted chicken I ever did eat — was so incredible.  HIGHLY RECOMMENDED.

FroZenYo // In true Lauren fashion, I put the smallest amount of gelato in my bowl then piled ALL THE THINGS on top.  Also, a good opportunity to experience the Columbia Heights neighborhood, where everyone and their mom seemed to be out and about.

The White House // A nice lady walked by and took our picture for us.

The monuments at night // The Washington Monument, the World War II Memorial, past the Reflecting Pool and up to the Lincoln Monument, then to the Martin Luther King Jr. Memorial.  It was so cool (and probably way less crowded) to see them all lit up at night.

Heurich House Museum // We toured the home of a German brewer that was built in 1892 and it was so interesting.  Our house could totally use a balcony for live music too.

Canteen Beer Garden // Beer, Jenga!, a live band with a singer who sounds like Adam Levine.  What more can you ask for?

Capital Bikeshare // We rented some bikes and biked up to the bridge into Arlington.

Arlington National Cemetery // Did you know Robert E. Lee lived there before the cemetary was established??  Seeing all those headstones is really incredible.  Definitely watch the Changing of the Guard ceremony.

HUGE shoutout to Fletcher for being the best host/tour guide ever!  He know what’s up when it comes to D.C. sightseeing, eating and Metro traveling.