If I told you the best parts of the weekend were making friends with a group of regulars at The Med just so we could snag their table after they left, eating a slice of cherry upside down cake while watching The Little Mermaid and laying in a bunch of sample beds until it stopped feeling weird and started being a little too fun, would you need more explanation?

On Friday, the snow clouds rolled into Boulder the same time we did, but we had plans to celebrate my sister getting a new job with happy hour at The Med and snow wasn’t going to stop us.  We also neglected to make a reservation for our party of six and were quoted 1 1/2-2 hours for a table.

There was ONE big table in the bar so Joey, Wayne, my sister and I were hovering and ready to pounce, when we overheard someone at the table explaining “when we start getting our checks and you can see people closing in, pretending to look off in the distance but they’re really waiting for us to leave” and Joey turned around and said “you pegged us!”  And next thing we knew, they had invited us to sit down with them while they finished their drinks.  They’ve been having drinks at The Med every Friday for 20 years!

So with our prize table in hand, we proceeded to eat, drink and be merry.  Such a fun and perfect night with my family ♥   Also, Joey and I went home and watched A Goofy Movie afterwards, so doesn’t get much better than that.  I maybe fell asleep but woke up in time to sing along with “I2I.”

On Saturday, I woke up to Joey saying “those meteorologists weren’t kidding with the snow!”  It was coming DOWN.  So we did what you do on snowy Saturday mornings: make oatmeal and drink too much coffee on the couch in your pajamas.  Truth: I felt SO OUT OF IT all morning and couldn’t figure out why or how to make it stop.  Eventually decided to take a trip to the gym, ran on the treadmill and felt 100% better afterwards.  I like to call that feeling a “brain cloud” a la Joe Versus the Volcano and if you get that reference, let’s be friends forever.

Treated ourselves to lunch at il Porcellino afterwards and we’ve officially added a new weekend sandwich shop to our arsenal because that lunch was goooood.  Then a quick trip to the grocery for snow day necessities.  The world’s biggest sweet potato, a can of refried beans and three (unpictured) chapsticks is all you need in desperate times, okay?

Should probably tell you how we sat on the couch and read for an hour and how it felt really good and perfect, but let’s just get to the crowing jewel of of the night: EASY ONE-BOWL UPSIDE-DOWN CAKE!  I’ve had the recipe pinned for a month and am trying to be better about baking stuff and enjoying it instead of playing that mind game where I convince myself I don’t “need” to be eating dessert for no reason.  Life’s too short, ya know?  And this cake’s too good!  The recipe mostly makes it sound like “anyone can make this!” but I’m still going to feel crazy impressed with myself for how perfectly it came out.  Also, sweetened whipped sour cream on cake??  So good, who knew!

We watched Harold and Maude during dinner because I’d never seen it and I have a feeling that movie would not fly (especially as a comedy) in this day and age — we’re all a little more easily offended, aren’t we? — but I kinda liked it and the soundtrack is real good.  Followed that macabre vibe up with something a little lighter, aka The Little Mermaid.  Joey fell asleep and I had to try really hard not to sing “Poor Unfortunate Souls” loudly into his ear.

Sunday was a magical day that felt like it had a million hours in it, so we could fit in breakfast at Devil’s Food (first time and we already have plans to go back next weekend!), grocery, laundry, food prep, buying a new mattress, watching the Rockies game, cleaning the entire kitchen/bathroom, making dinner and still getting in bed early enough to read.  Can all Sundays feel that long, please?

Mattress shopping is the weirdest experience!  You go to a big store and just pretend to sleep in a bunch of different beds with strangers who are also doing the same thing.  We maybe also had too much fun and were just about to ask if they had any glasses of wine so we could test out that jumping on the bed thing but decided to hold back.  I thought buying a house together or getting married would be the “real adult couple” experience, but nope, it came when we bought a new mattress together!  😛

In other news, this post is way too long and I’m way too happy that it’s May!  Wishing you a Happy Monday!

Spoiler Alert: I will be talking about two movies that you will probably never see, but if you seek out depressing films, stop reading this post and go see Easy Rider and Lore.

Good morning!  Is it really Monday again?  Please say no.  Just kidding, I don’t actually hate the work week and I had a pretty exciting and eventful weekend, full of lazy mornings, family, food, film and some lovely Colorado weather.  And before you start hating me for bragging about having good weather, please know that snow is all over our forecast for this week.  *Shudder*

Anyways, in no particular order, highlights of this weekend included: 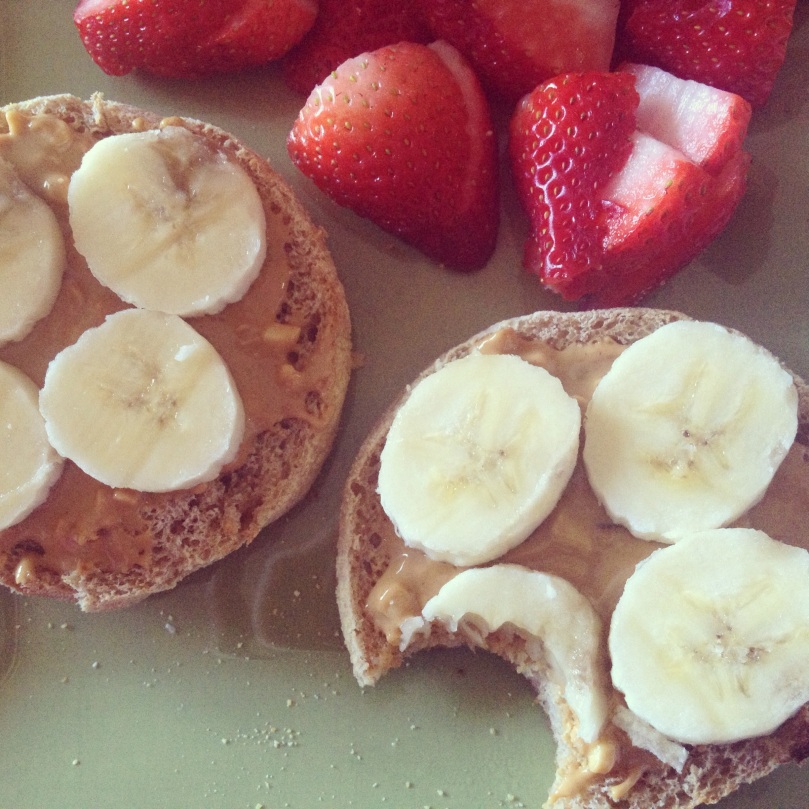 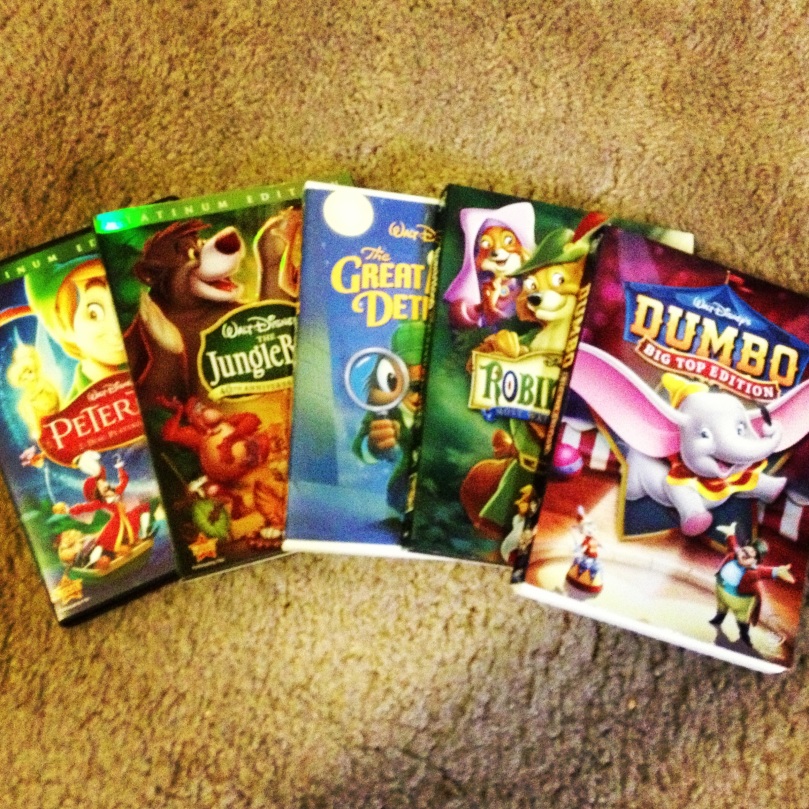 1. A late Saturday morning breakfast, followed by an outdoor run that was so windy I wanted to scream but that was perfectly lovely when we turned around and ran with the wind.

2. Happy Hour at SALT on the Pearl Street Mall.  I ate two sliders and my weight in roasted cauliflower covered in some cream sauce.  Afterwards, Joey and I both wondered why we don’t eat more cauliflower.

3. An exciting (albeit sadly ended) CU basketball game.  This was my Christmas gift to Joey and being the horribly uninvolved student that I was, I never once attended a game while I actually went to CU, so it was way fun to see all the school spirit.  And to sing the CU fight song literally every 3 minutes…

4. Strawberry Pancakes on Sunday morning.  I made a strawberry simple syrup last week and saved all the leftover sugary strawberry pieces, so I blended them up and added them to the pancake batter and they were divine.  A pleasant hint of strawberry sweetness, plus we had buttermilk on hand and buttermilk always makes pancakes better.

5. A simple Sunday evening where I attended yoga with my mom, ate a delicious dinner that I completely avoided helping make and some mature movie viewing.  For the record, we picked Peter Pan.  Neither of us had seen it in years and it was so great.  I swear you have a whole new appreciation for Disney movies when you watch them as an adult.

This was the 9th year that Boulder hosted a slew of mostly unknown films, documentaries and shorts, some of which have gone on to be Academy Award nominees.  I don’t know how we’ve never been, but this was totally up our alley and believe me when I say it was so hard to narrow the list of films we wanted to see down to a reasonable number.  The films are shown at 4 different locations.  We ended up seeing one at the Boulder Theater and one at the First Methodist Church across the street.

Friday night we saw Easy Rider.  This movie actually came out in 1969 and while I’d never even heard of it, both my parents assured me that it was a classic.  Just picture Peter Fonda and Dennis Hopper riding down the highway on big ol’ choppers, with long hair and giant bug-eye sunglasses.  Total hippies.  Oh and Jack Nicholson looks about 20 years old in the movie.  Although I loved the soundtrack, the fact that they travel down to New Orleans and the whole free love vibe the main characters had going on, I won’t lie, the end of the movie was seriously depressing.  They all die!  Actually, they are all murdered by southerners.  My mom was not feeling proud to be a southerner by the end of the movie.

On Saturday afternoon Joey and I saw Lore, which was a sold out showing.  It was a beautifully filmed and strikingly sad depiction of the harsh realities of being a Nazi family in Germany just as WWII has come to an end.  I always find films about WWII to be so fascinating and moving.  How could an event like that not be?  For me, the movie was interesting in that it showed things from a German family’s side.  I found myself both hating and pitying them.  Such a tricky subject to film and I really applaud the makers of Lore for doing such an amazing job.

What was the highlight of your weekend?

Have you ever been to a film festival?

What is your favorite Disney movie?