Okay, it has been rainy, cloudy and mild all weekend and, I’m just going to say it, it feels like FALL.  I know, I know, it’s only the end of July, but this change in weather (albeit temporary) totally has me giddy.  If the remainder of the summer feels this way, I will not mind a single bit.  Other things that had me giddy this weekend included Friday night at the ballpark, my mom’s birthday on Saturday and lots of fun running around on Sunday. 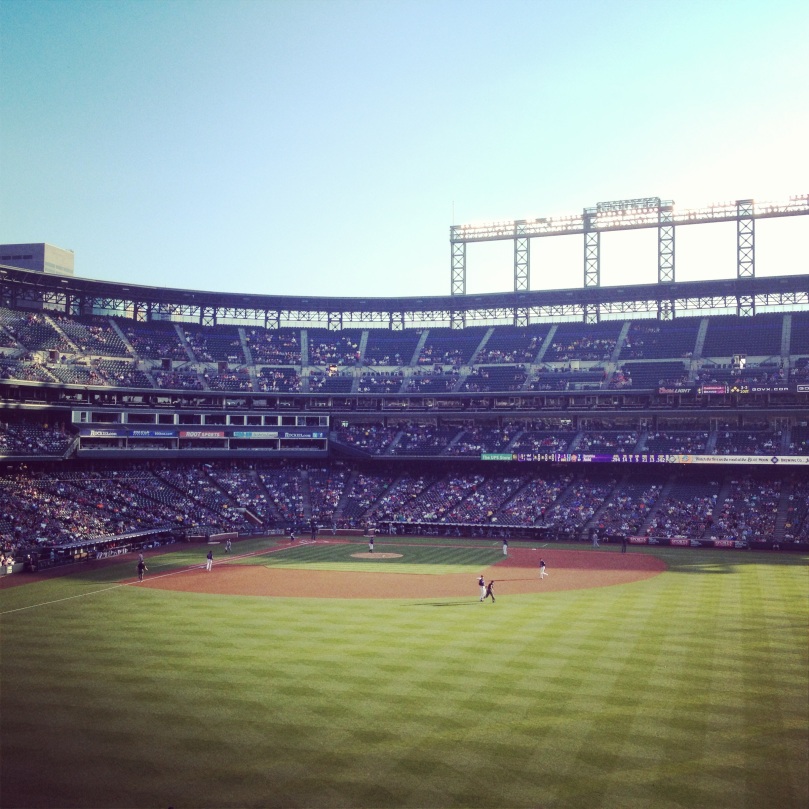 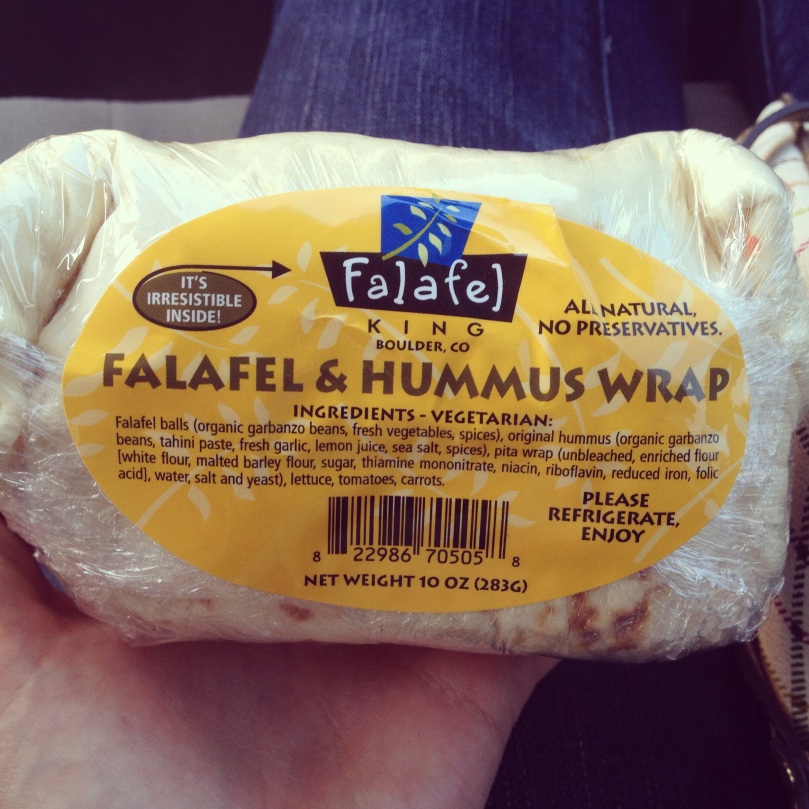 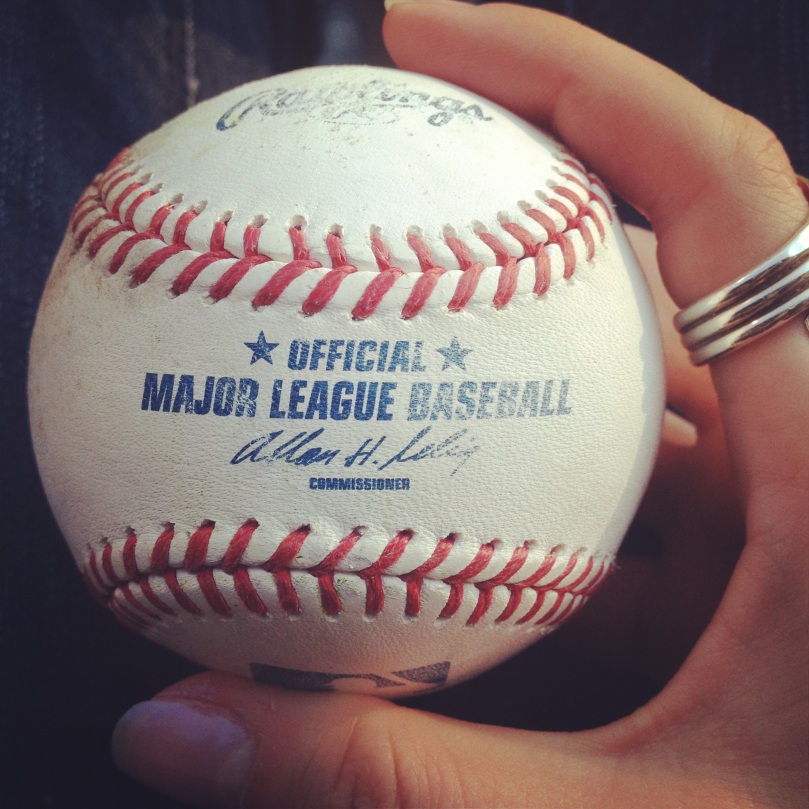 And oh hey, we actually won this game.  By a lot!  We ran by Vitamin Cottage on our way home from work to buy some rolled oats — because that’s what everyone does to kick off the weekend, right? — and decided to pick up some dinner to bring to the game too.  For the record, a pita wrap filled with hummus, falafel and veggies is where it’s at.  We sat right above the Rockies bullpen and one of the pitchers tossed a ball up to Joey.  I made the executive decision to give it away when a little boy who sat down next to me a couple of innings later.  It was the right thing to do. 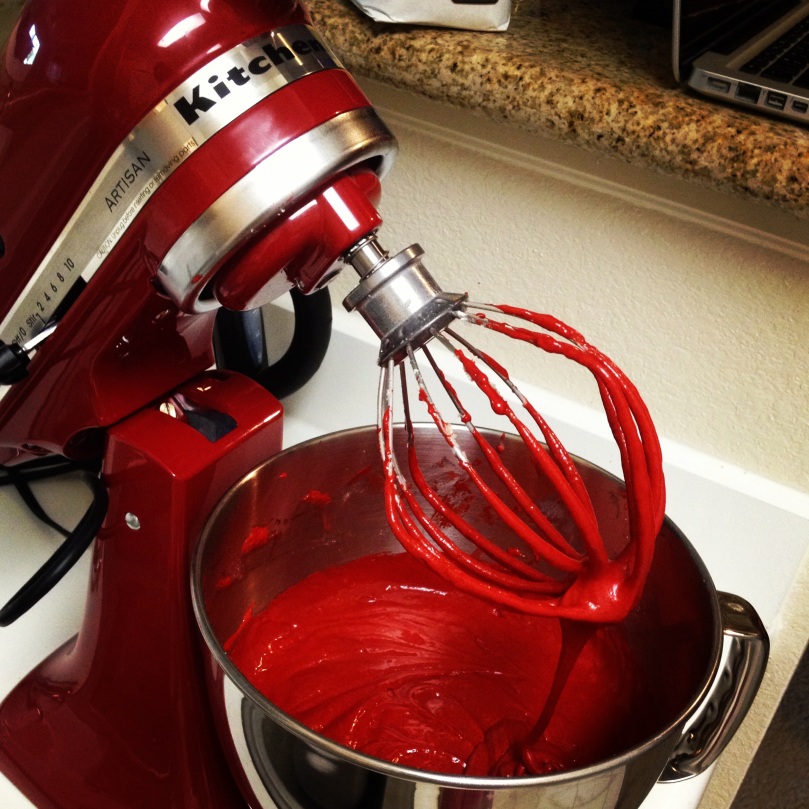 Saturday was my mom’s birthday and it only felt right that I make her a red velvet cake since she made me one for my birthday.  Plus I badly needed an excuse to to bust out my new mixer.  It worked amazingly, in case you were wondering.  Above is a picture of my sous chef, ahem, sleeping on the ground just outside of our kitchen.  He’s fired.  Anyways, the cake tasted amazing but I didn’t give myself enough time for the cake to cool before frosting it and it turned into a melty mess.  You won’t be seeing pictures of the finished product.  It’s for your own good. 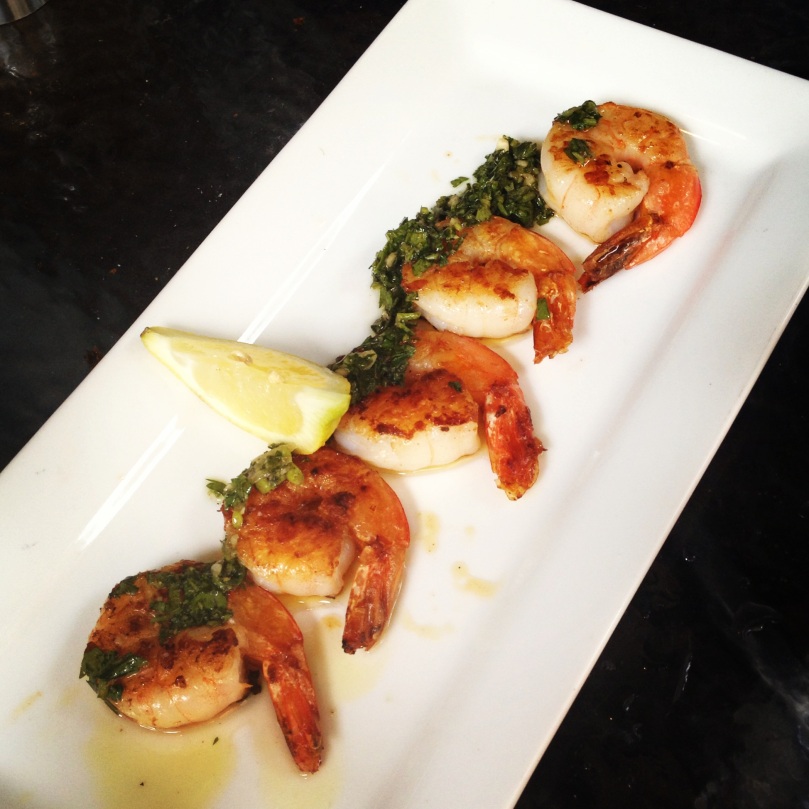 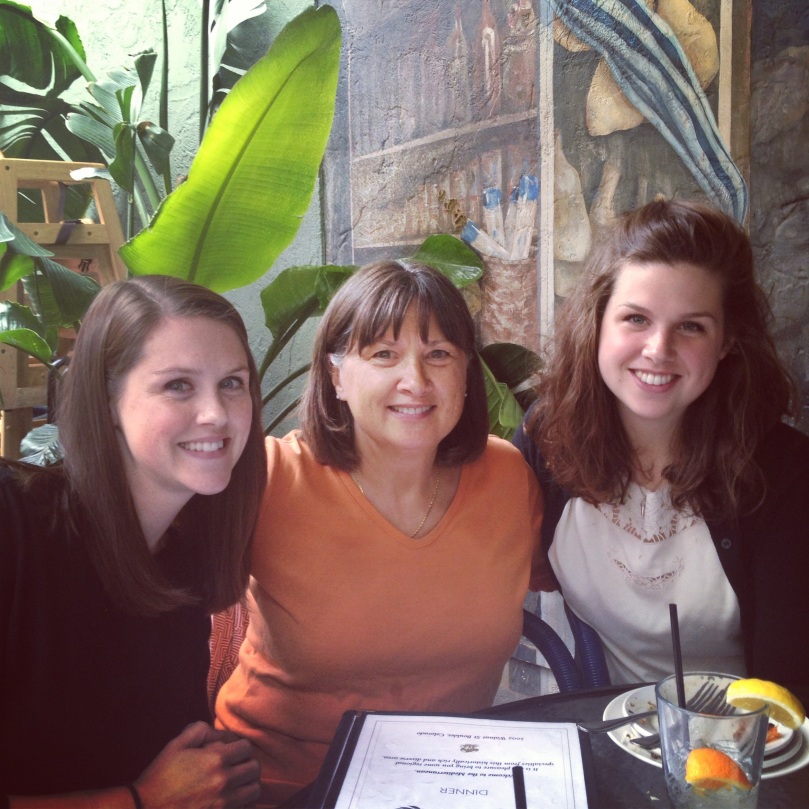 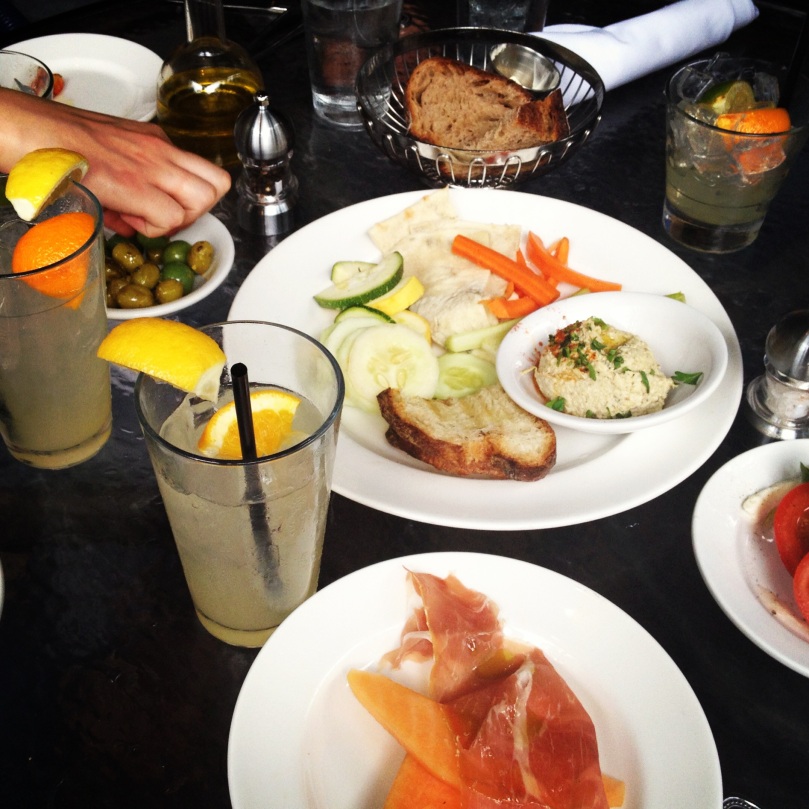 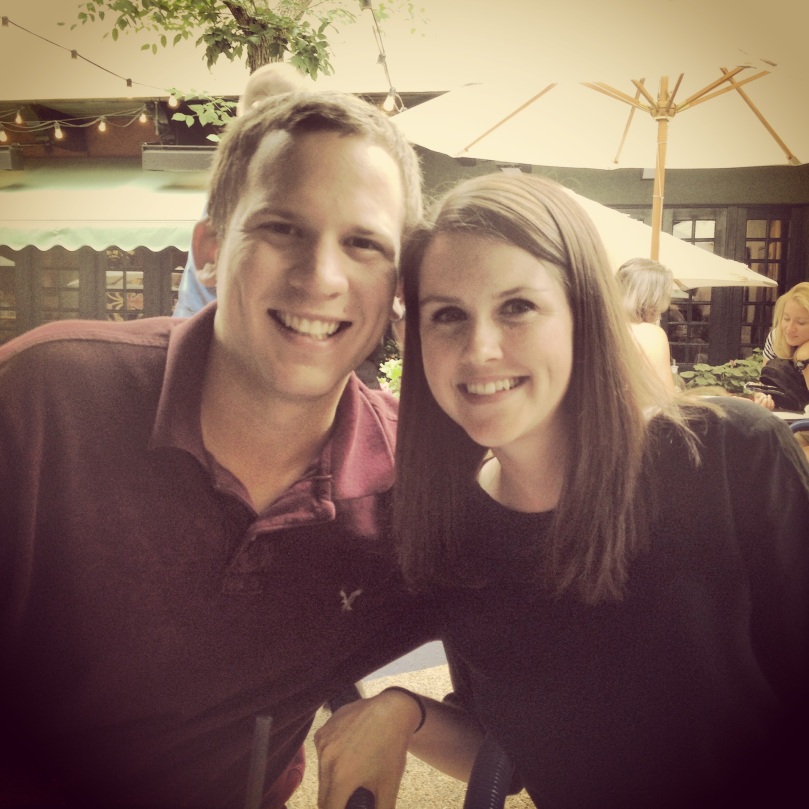 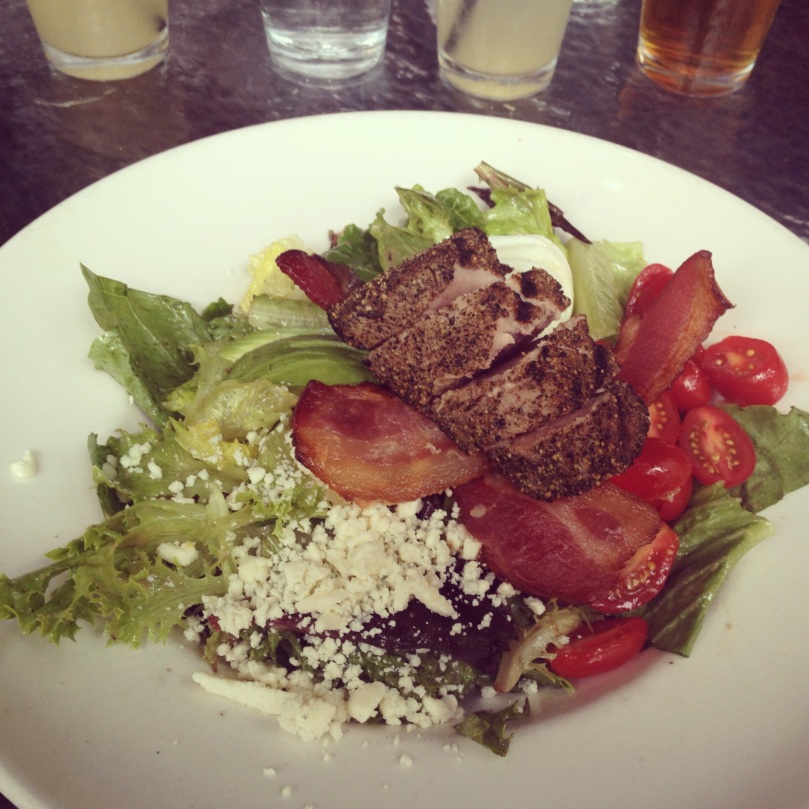 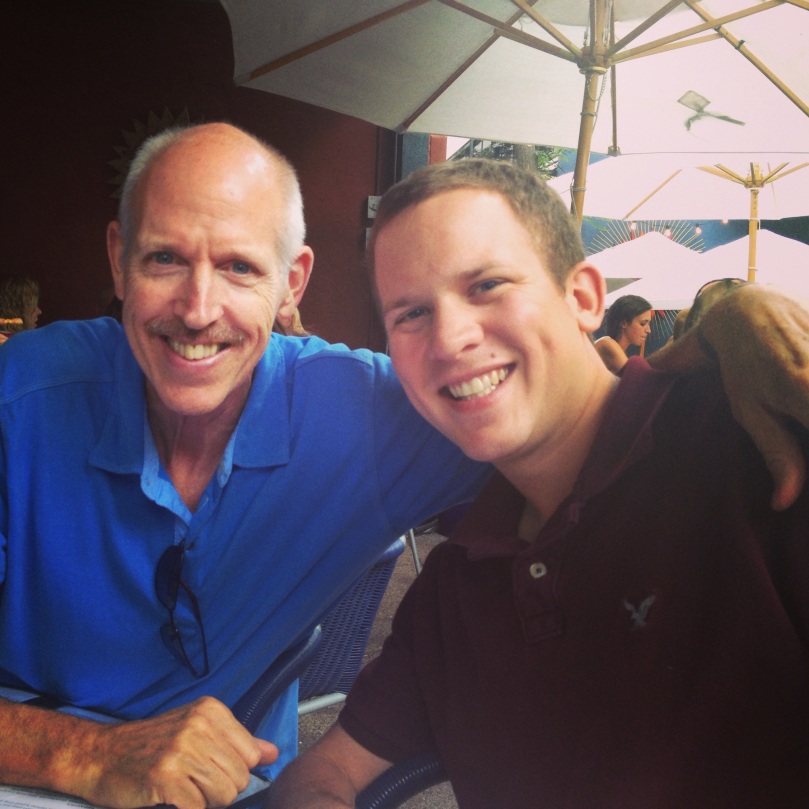 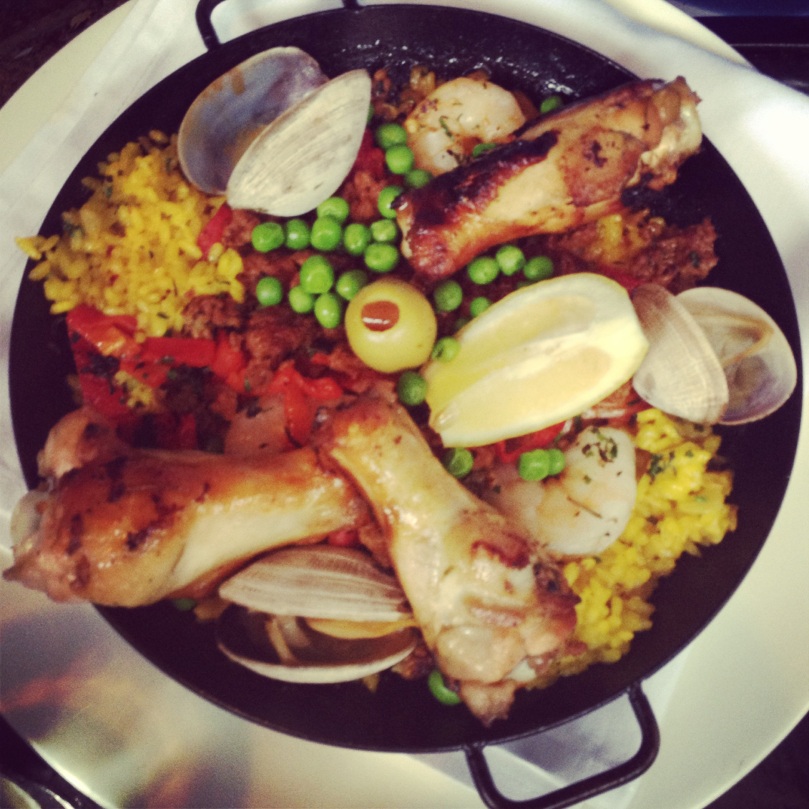 Back in the day, my family spent every birthday celebration at the Olive Garden.  These days, we’ve become a little more food sophisticated and the Med is our new birthday dinner restaurant of choice.  And yes, I was just celebrating my birthday there two weeks ago.  Never.gets.old.  The happy hour selection (and prices!) can’t be beat and the food never disappoints.  Except this one time when I had a “salad” made of bread, chickpeas, and red onion.  Anyways, it was an all around hit on Saturday.  Plus the company was great.  We got my mom tickets to a Beatles tribute show at Red Rocks later this month.  We’re all going and could not be more excited.  Viva la Beatles! 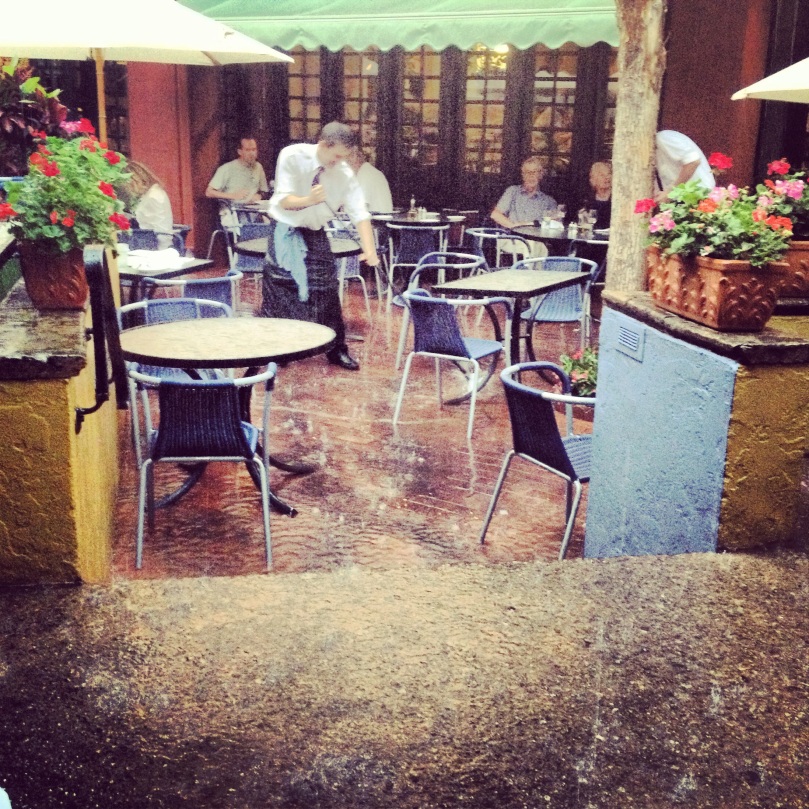 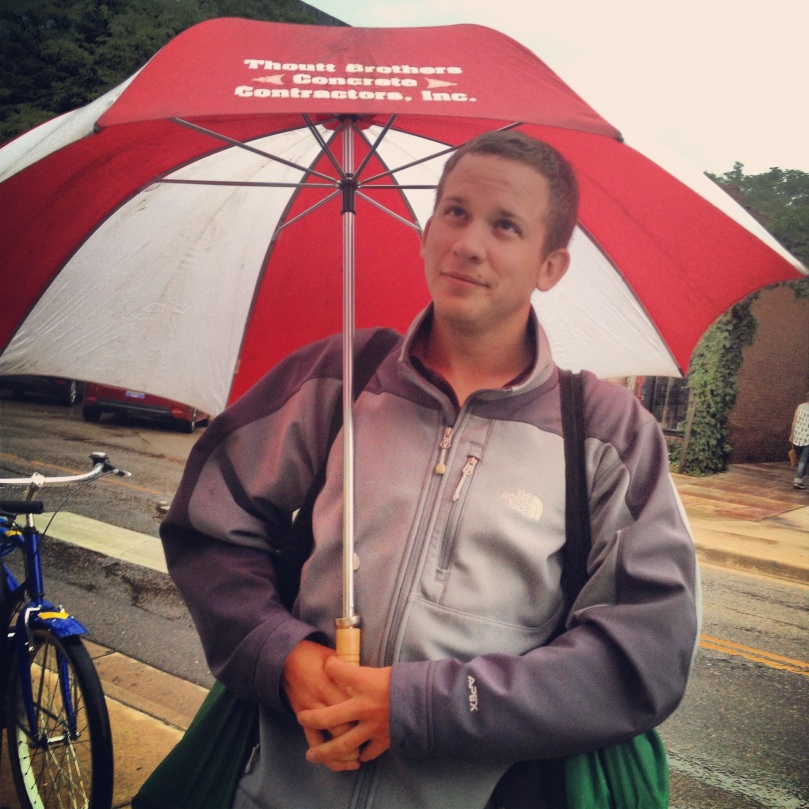 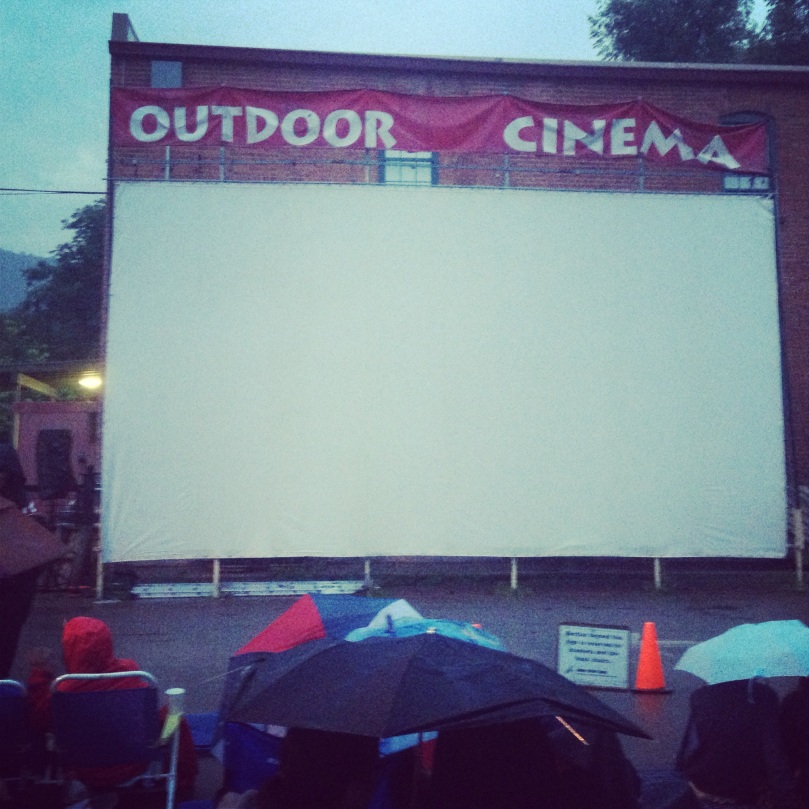 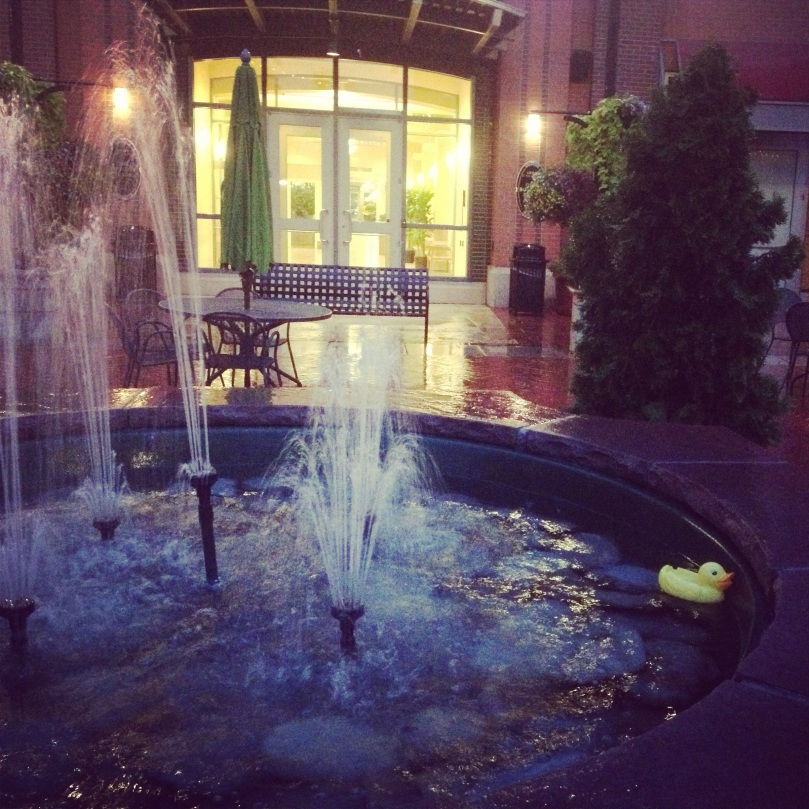 We fully intended on going to the Boulder Outdoor Theater after dinner to see Moonlight Kingdom but towards the end of dinner it started pouring!  We were sitting outside but luckily ended up being underneath an overhang so we got to sit back and watch the rest of the outdoor diners scatter and the servers get totally soaked as they dashed back and forth in the rain.  We still made the walk over to the “theater,” paid $10 to get in, sat in the rain for 10 minutes then decided it wasn’t going to let up and headed home for ugly red velvet cake and Moonlight Kingdom via Redbox.  We walked past this rubber duck in a fountain on the way back to our car. 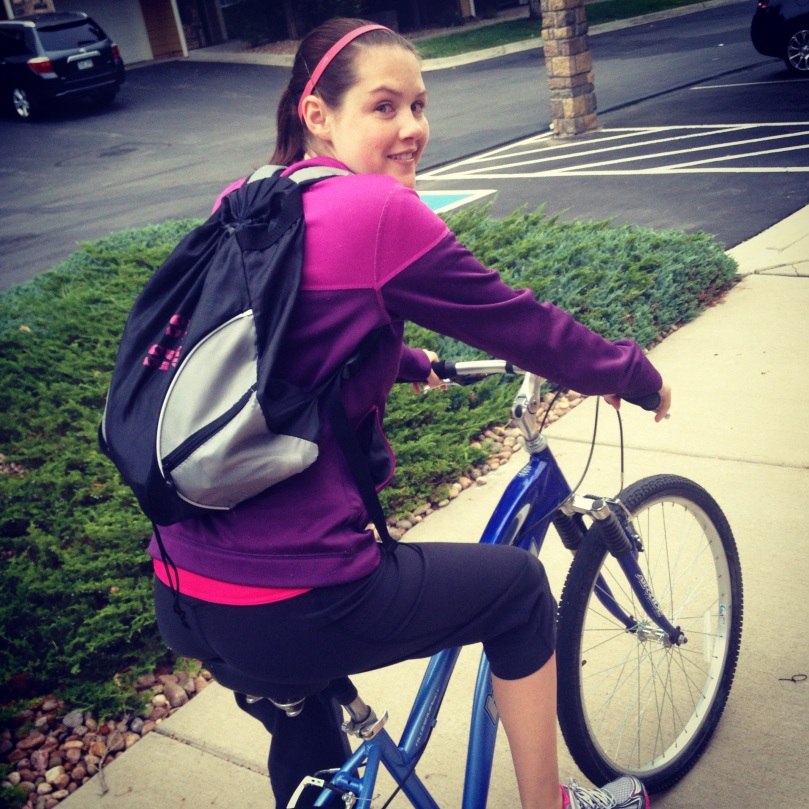 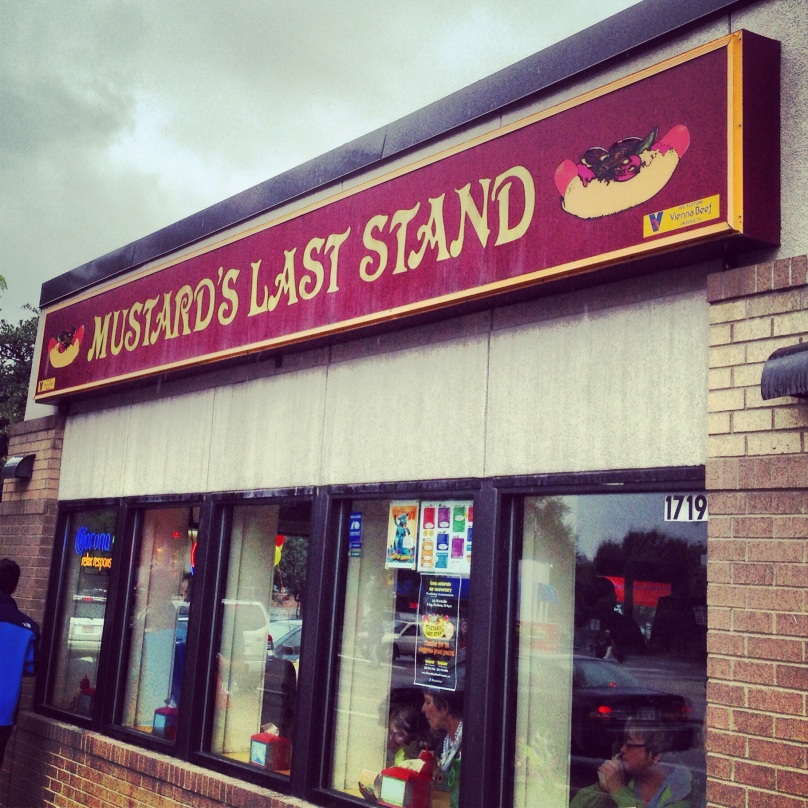 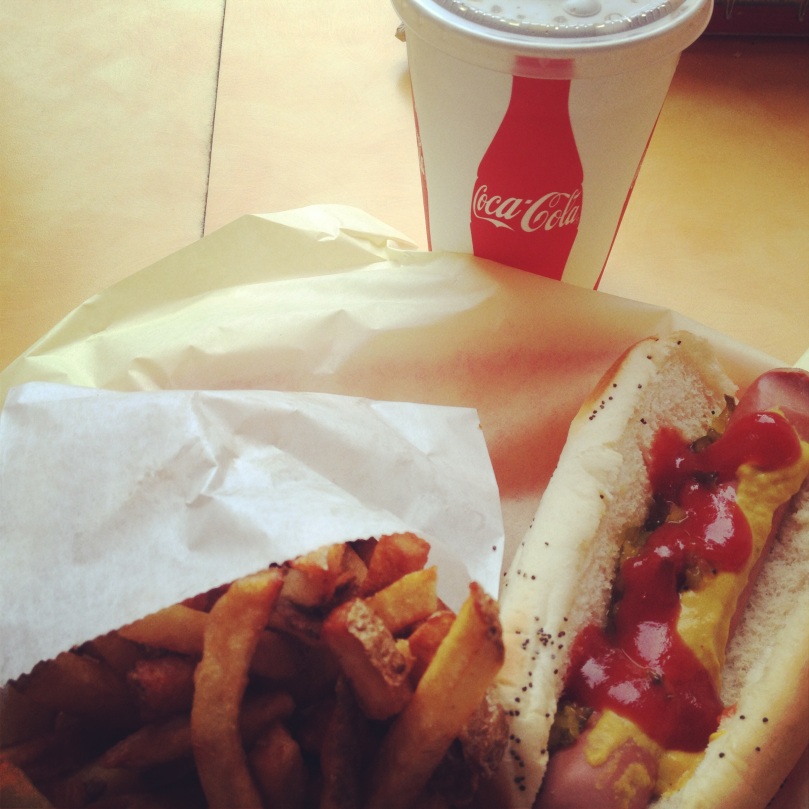 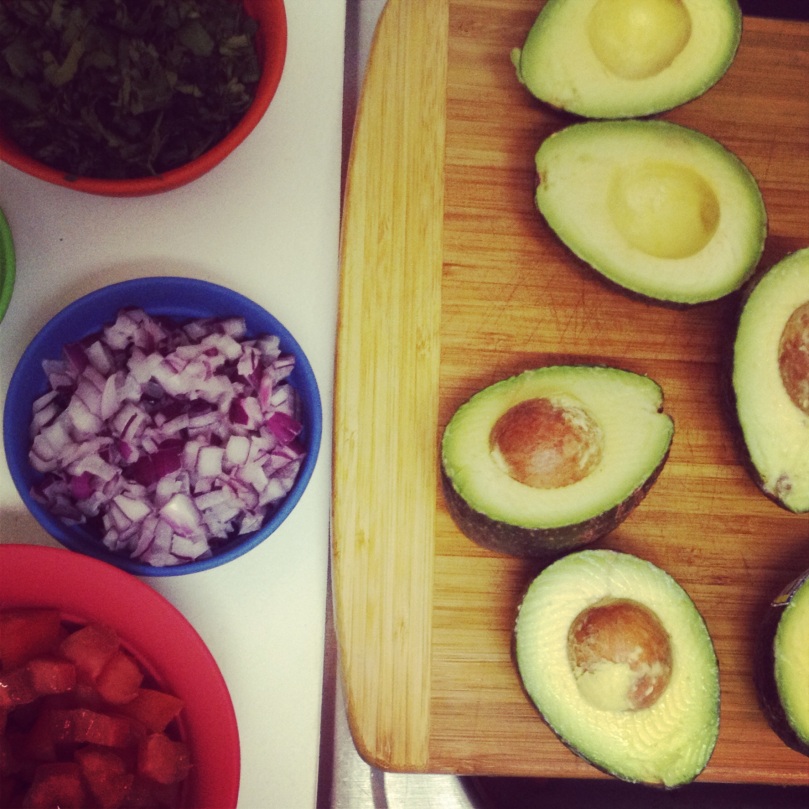 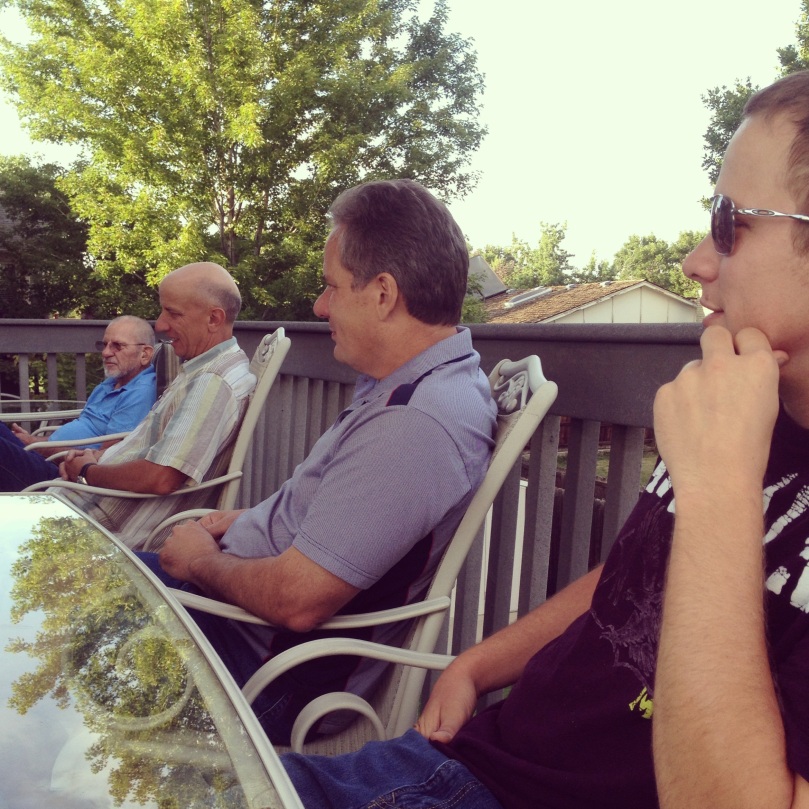 The sun finally came out late yesterday afternoon, but most of the day was more rain and gloom.  Joey is training for a half marathon in October and had a 7 mile run on the agenda, so I decided to take a rainy bike ride next to him.  Afterwards we took yet another trip into Boulder.  Mustard’s Last Stand, a old Boulder standby, was celebrating it’s 35th anniversary with 99 cent hot dogs, so it seemed like the perfect opportunity to fulfill a craving I’ve had for the past couple of weeks…a simple unpretentious hot dog with ketchup, mustard and relish.  Craving officially satisfied.  Later we headed over to Joey’s aunt and uncle’s to celebrate the July birthdays (yes that’s me again).  We brought lots-o-guac and enjoyed the fresh air out on the patio.

Do you have a favorite kind of cake?

It’s too early for talk of fall, right?

One thought on “Weekend Things”