At this very moment, I have something like 10 posts hanging out in my Drafts folder. Some half written, some fully written but not edited, some just waiting for me to upload a picture to go with.  In other words, they are all so close to being able to publish, but then I lose interest, or they suddenly seem not “of the moment,” and something else seems more worthy of writing about right now.  I’m sure there’s some deeper psychological reasoning, but I’m not going there right now.  Instead, I’m going to put all those drafts aside for yet another day and tell you some random odds and ends.  Cool?

I read a list of the Top 50 Fast Food Items this week, and for some reason, it was so interesting to me, despite the fact that when I really thought about it, I realized I haven’t eaten fast food in four years.  I can’t decide if I’m proud or kinda sad about that.  For better or for worse, fast food seems so intrinsically American.  For the record, said list had Chick-fil-A Waffle Fries as #1 and I feel like that’s wrong.

Guys, are you buying these new John Mayer mini-albums as they get released?  He released the “Second Wave” last Friday and three of the four are VERY good.  “Helpless” is maybe the most I’ve liked a JM song in a long long time.  Cept I think “Wildfire” is actually pretty great too.  He just added new tour dates, including a stop in Denver and while it’s not Red Rocks (ugh, the Pepsi Center), you know I still bought tickets because where John goes, I will follow.

Tuesday was the best day of the year (aside from Oscar Sunday, Opening Day, GABF Day and Thanksgiving :P): National Pancake Day/Mardi Gras!  Pancake flights at Snooze (tradition, tradition!), followed by a caffeine/sugar buzz like WHOA and homemade shrimp étouffée that blew Joey and I away.  Best part?  It makes like eight servings so we’ve been enjoying it all week.

We watched Other People on Tuesday night and though you probably wouldn’t think of Molly Shannon as starring in anything of real quality, we loved it!  It’s much more about Jesse Plemons’ character than anything else, but it’s beautifully tragic and after watching it, I realized that might be my favorite movie genre?!  What does that say about me, exactly?

I started fermenting some carrots and bottled a strawberry-lime kombucha on Wednesday and my hippie heart felt so satisfied and happy about it.  Also, I cannot get over how amazing purple carrots are.  They are already beautiful, but then you cut into them and they are YELLOW?!  Nature is a crazy cool magician.  This is only the second time I’ve tried flavoring my booch with fresh fruit and I’ve got my fingers crossed that it tastes good. 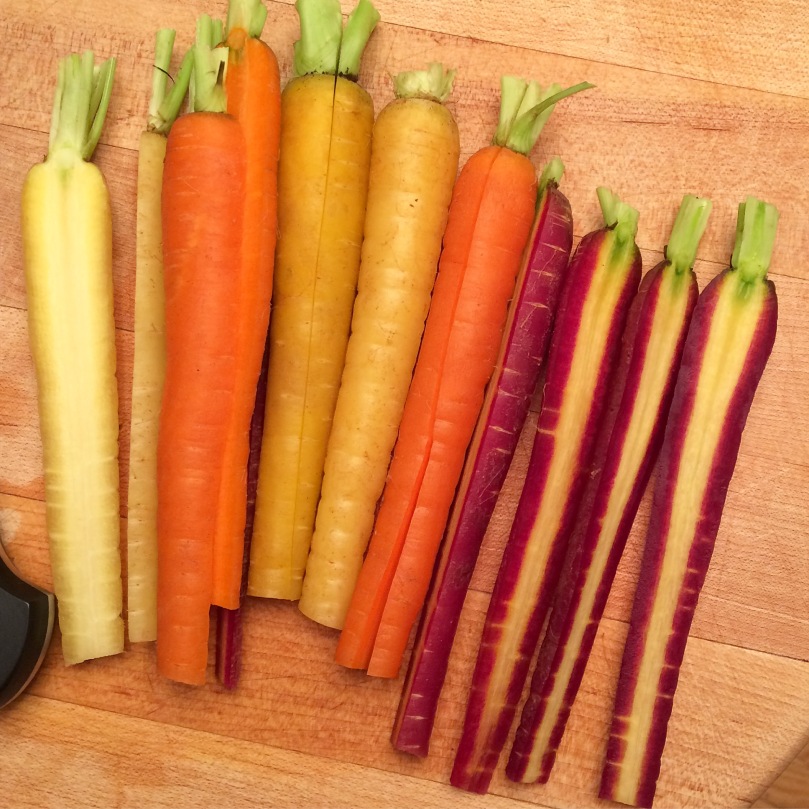 This is hardly worth mentioning but I’ve been using hand lotion like crazy lately and I think my nails are all the better for it.  I’ve always had pretty good nails but for the past few years, they have been so weak (tearing and breaking on the sides CONSTANTLY) and I had a theory it was because I started cooking a lot and thus, doing a lot of dishes, which probably dries your hands/nails out, so I figured I’d at least try the moisturizing route and maybe it’s too soon to say, but I think it’s really really helping.

A picture of a breakfast my mom once cooked for us popped up on my TimeHop last week and Joey and I were reminded how often we used to go to my parents’ on Sunday mornings and how much we miss that.  I pointed it out to my mom and now we’re going there for breakfast this Sunday.  Ask (or passive aggressively mention) and you shall receive.  I’m pretty excited.

Have you been watching the live feed of the April the Giraffe??  She’s about to have a baby and we’ve been obsessively checking in on her, waiting for it to happen.  Meanwhile, a giraffe at our own Denver Zoo unexpectedly had a baby yesterday.  Joke’s on us!  The baby’s name is Dobby and my heart can barely handle the cuteness (of the actual baby AND of the name)!  Side Note: if you have not seen a giraffe sit down or stand up before, check the live feed out NOW.

It’s Friday Eve and I’m happy for that.