If you want to start your weekend off with a bang, make a spontaneous decision to leave work early and hit that new restaurant you’ve been wanting to try, then watch a Rockies win!

We’d been wanting to try out Señor Bear since it opened a couple of months ago and they just so happened to be launching their happy hour service on Friday so we kind of HAD to go, right?  We sat out on the patio because: still summer!  Then sipped our drinks — I got a frozen cranberry margarita and it was STRONG — and basically ordered one everything on the menu.  Can you even believe how cute that little Gordo Crunch is?!  Tasty too!

Okay, not to brag, but I’m 15-2 on Rockies games this season.  Just sayin!  We won on Friday and I was like “sweep, sweep, sweep!” but then we lost on Saturday and Sunday and I’m taking this as a sign that I really am the key to the Rockies winning 🙂

If you want to ensure that you don’t get to sleep in on a Saturday, go to Yoga on the Rocks but then make up for it by drinking coffee and getting a manicure with your sister afterwards.

Doing yoga in the sunshine at Red Rocks is a truly beautiful experience but holy moly, is that 5:30 AM wake up call rough!  I wrangled my sister into going with me and she later told her manicurist “my sister made me go to Yoga on the Rocks this morning,” so I think she really enjoyed it 😛  Afterwards, we walked to coffee then walked to get breakfast burritos then got our nails done.  Just going to say, it was definitely NOT the best manicure I’ve ever had… 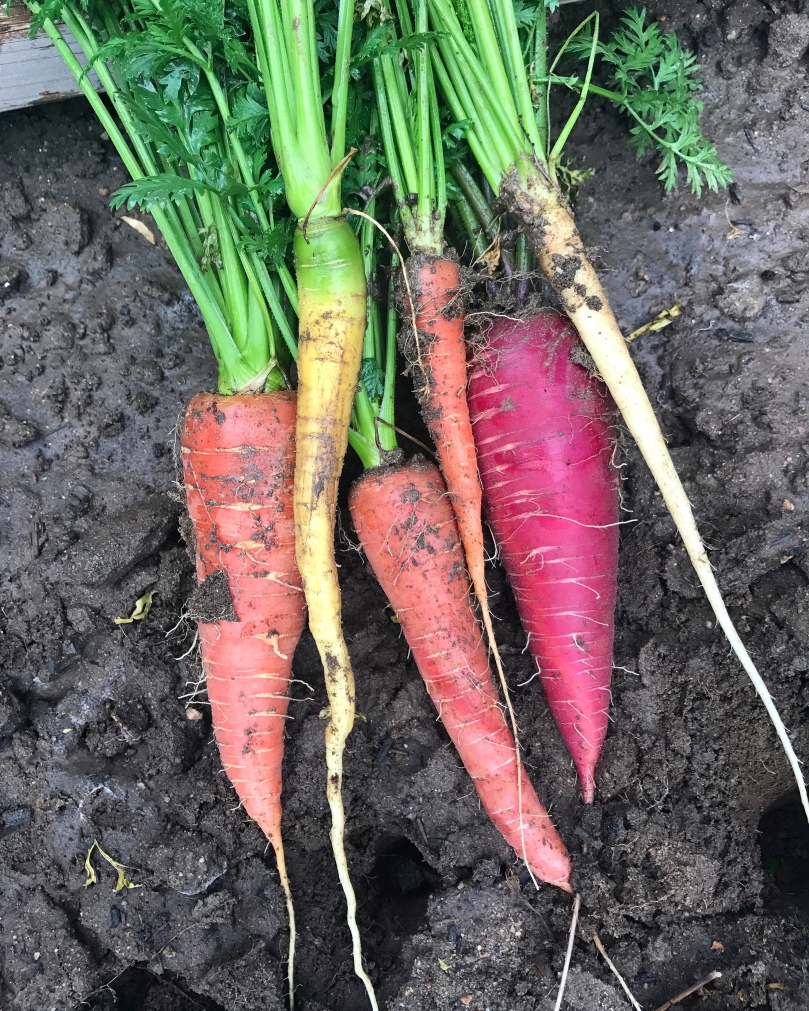 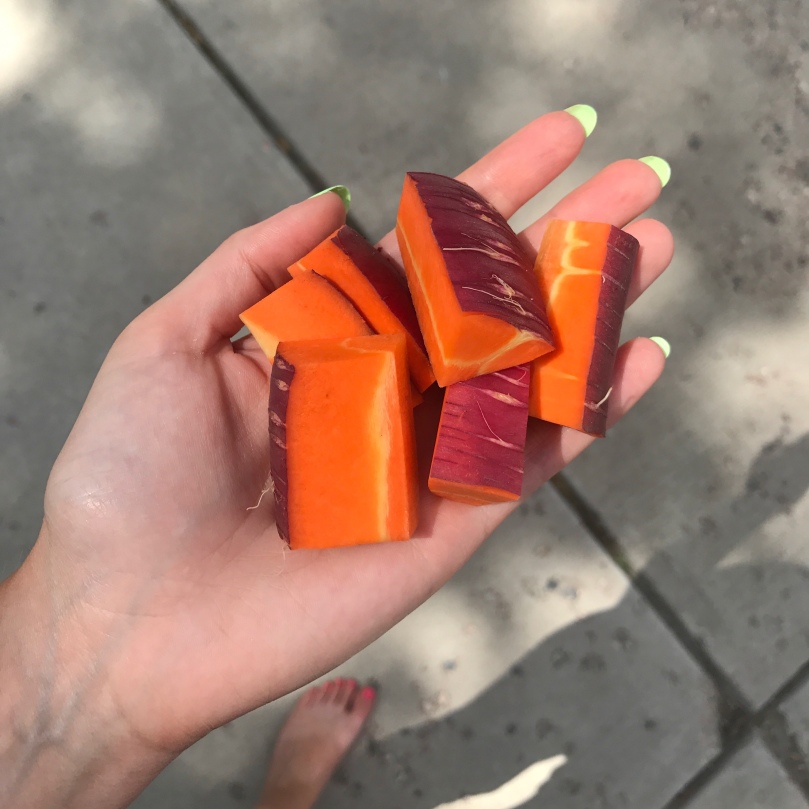 Garden Season 2017 is winding down — except for the legit pumpkin patch and all the butternut squash we have in our yard… — so we pulled a bunch of carrots and decided we maybe let them grow a little too long because that red one was HUGE!  But it was majorly beautiful too.  I think we went to the grocery store and I made  pizza dough later?  I woke up at 5:30 AM and I don’t think my brain was working properly.

If your Summer Bucket List includes going to the drive-in, but this is the last weekend you could possibly go before their season is over and they’re playing The Nutty Job 2 (NO), then just make your own drive-in experience in the backyard.

In the words of Joey, “we’re awesome and we should do this more often!”  Strongly agree!  We rented Passengers because we felt we should watch a action-packed blockbuster to get the full drive-in experience, but I just want to tell you that this movie wasn’t very good.  There was dramatic music and people speaking in passionate tones — all signs that something serious was happening — but I was laughing?  I don’t think that’s what the movie creators were trying for.  This just in: Chris Pratt is funny and all, but he might not actually be a good actor.  And even though J. Law has won/been nominated for serious acting awards, she might not be either.

FAIL!  Did I mention Joey and I are running a 15K at the beginning of October?  At first, I thought “I might as well just run a half marathon!” but then I realized a 15K (9.3 miles) is almost FOUR MILES SHORTER than a half, and that’s pretty significant.  We’re doing a quick little 7 week training program to get ready so we ran 5 miles on Sunday morning and even though I was totally out of energy during that last .25 miles, we did it and it feels really good to be on a structured program again. 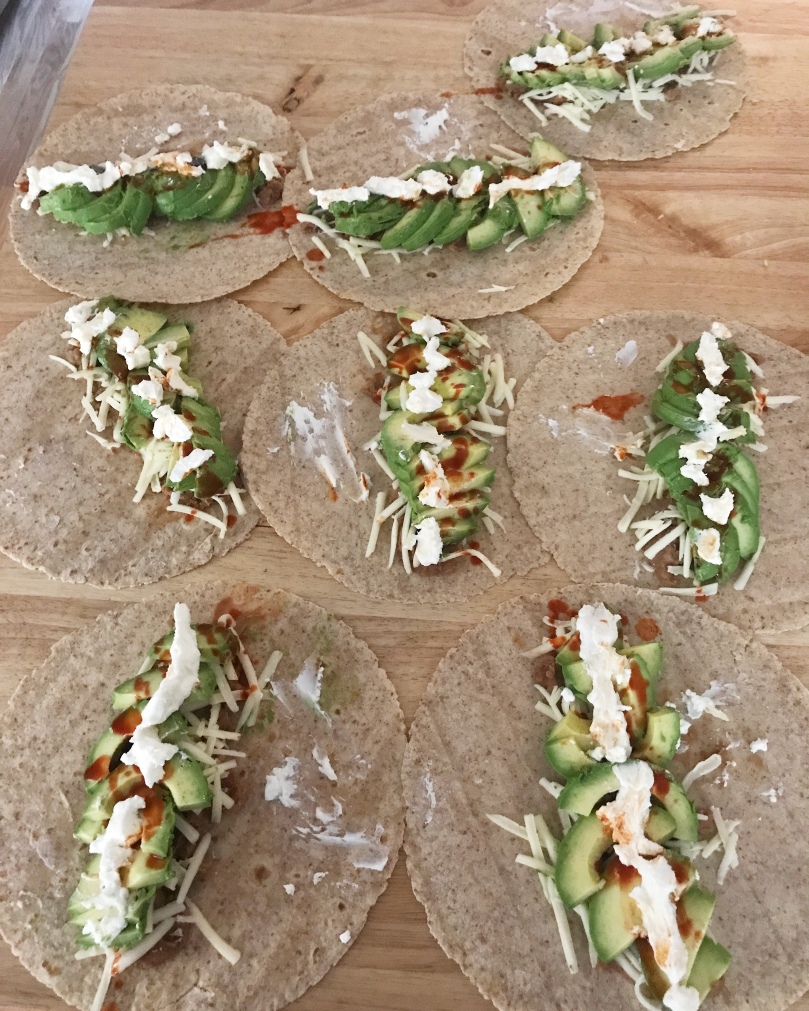 Afterwards, we chilled out for a bit then I showered and got ready for afternoon plans and Joey made us lunch burritos for the week!  I LOVE when he does that.  Salads-in-a-jar are wonderful but sometimes you need a quick break and the best way to do it is with double cheese burritos, right?  Also want to let you know that Joey’s burrito folding technique is top notch. 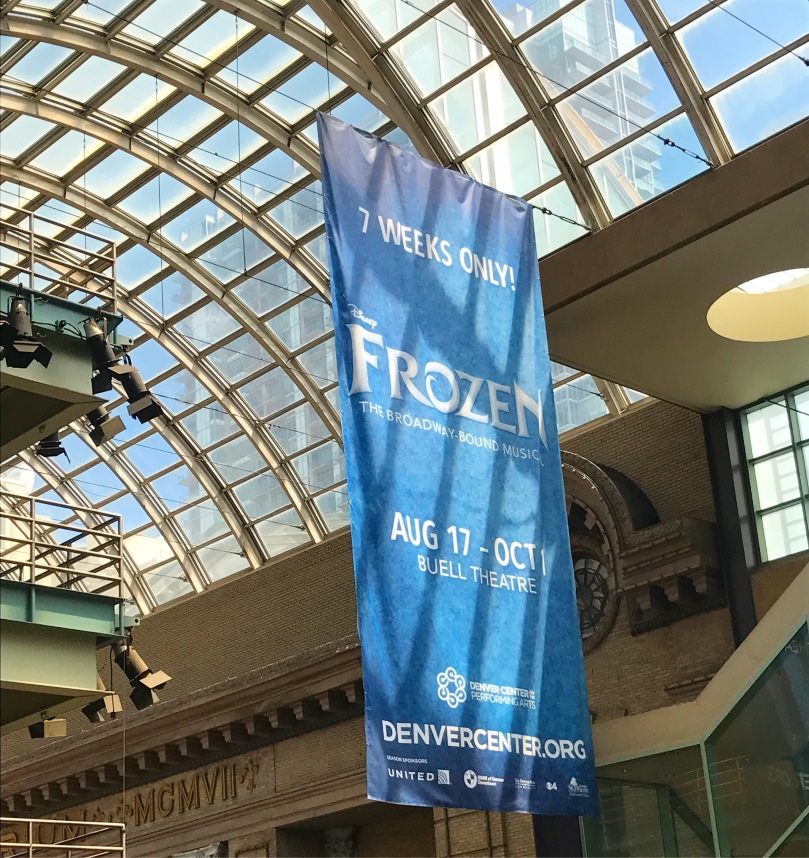 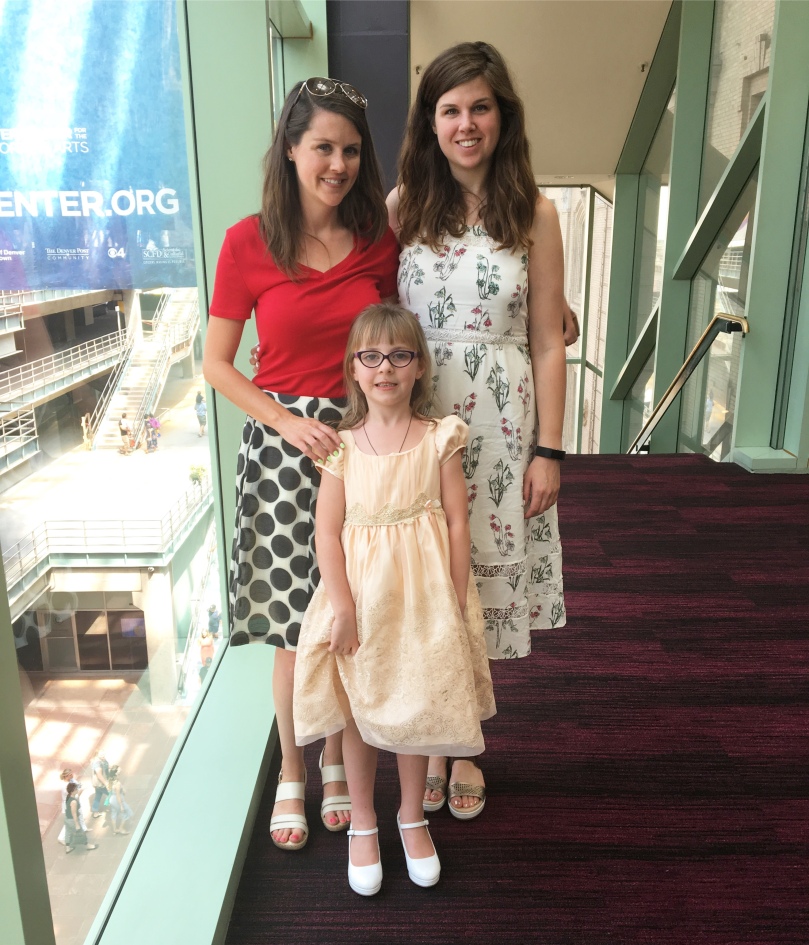 Said “afternoon plans” involved lunch and Frozen Live with my mom, sister and niece.  Lady date!  We had lunch at BriDer — they totally forgot my sister’s order and I was like “guys, you’re embarrassing us both in front of our new diners!” — then joined all the little girls in blue dresses and blonde wigs at The Buell for the show.  I just need a minute to complain about the mom next to us who chose the middle of “Let It Go” to leave the theater, when the intermission was literally 30 seconds later.  WHY?!  Also, in my honest opinion, two-and-a-half hours is too long for a childrens’ show but my niece was happy and an afternoon spent with your family at The Buell is never bad.

P.S. LOL at the very educational song about Hygge that they added to the show!

Remember last summer when we made these fish foil packs and I burnt the living hell out of the potatoes and the Spanish Chorizo we spent $7 and multiple grocery stores trips on?  Or did that not traumatize you as much as it did me?  Well we re-made that meal and I’m happy to report we fully redeemed ourselves.  Turns out they even have “Chorizo Espanol” right at the deli of our regular grocery store and I could get the exact amount we needed.  Soft potatoes with crispy edges, salty Chorizo, that compound butter and perfectly flaky fish?  Yes please!

And if you want to know my opinion on last night’s episode of Game of Thrones, get ready for an earful!  I just want you to know, I called it to Joey last week so in addition to being the Rockies whisperer, I’m also the GoT plot whisperer.  Oh and Happy Eclipse Day!