Or more like “breakfast, lunch and two dinners in Texas.”  Because let’s be real, a weekend trip is really just an excuse for me to eat in a different state… though I guess we technically went for the Cowboys game 😛  Joey makes this trip once a year but this is only the second time I’ve been lucky enough to be the invitee and I was prepared to have a much smoother trip than the last time he brought me when we drove around frantically looking for a Starbucks because it turned out the continental breakfast at our hotel consisted of Fruit Loops and almost missed our shuttle to the game, oops! 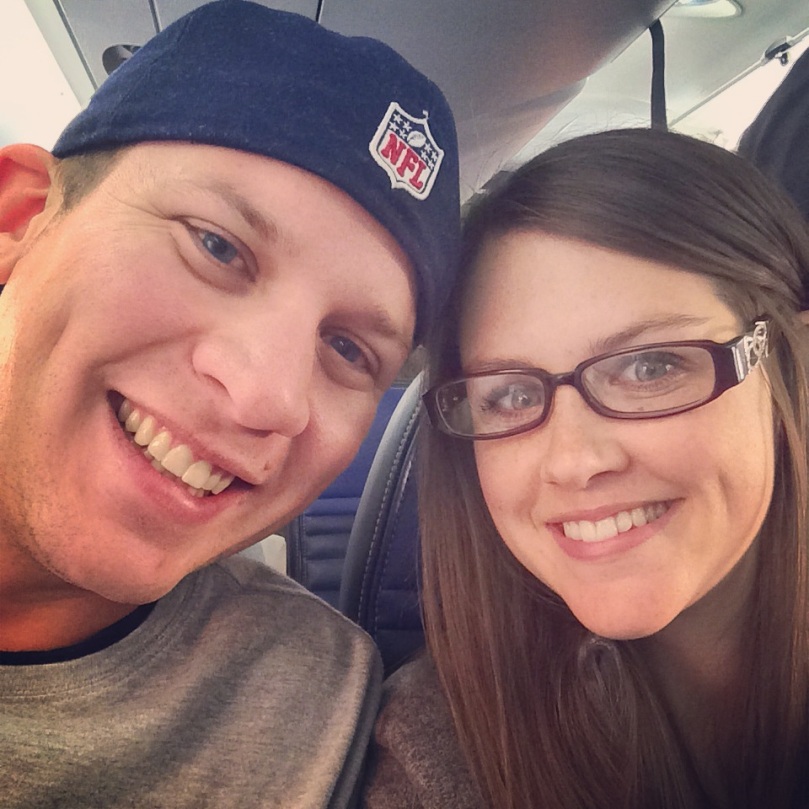 CBD Provisions was the first place I “YES!”-ed when I was doing our restaurant research.  After making our way from the airport to downtown Dallas, — we rocked that public transportation ! — then wandering around and getting distracted by weird art displays, we finally found the inconspicuous entrance.  Disappointingly, they were only serving a very breakfast-heavy brunch until 3 PM (is that normal in Texas??).  But sometimes you just have to let go of your quinoa bowl dreams and dive into a cheesy quiche.  For the record, after the first bite I was like “what quinoa bowl?” 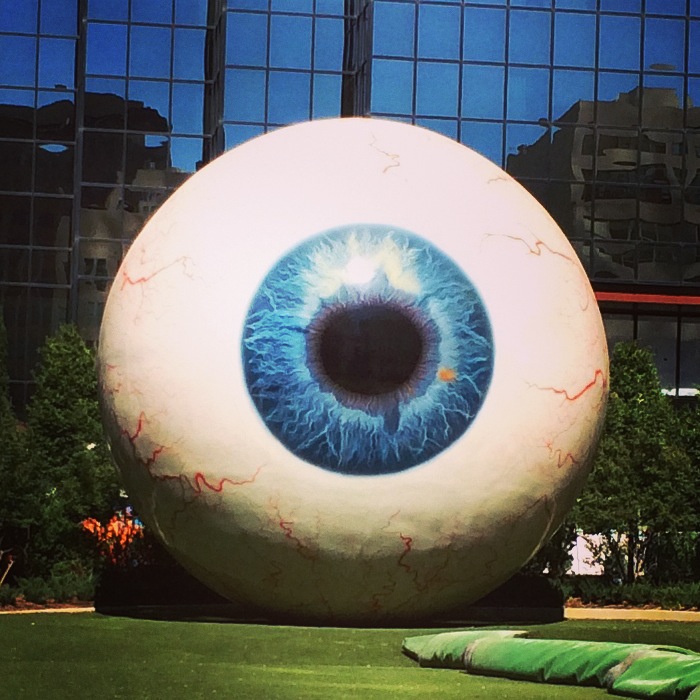 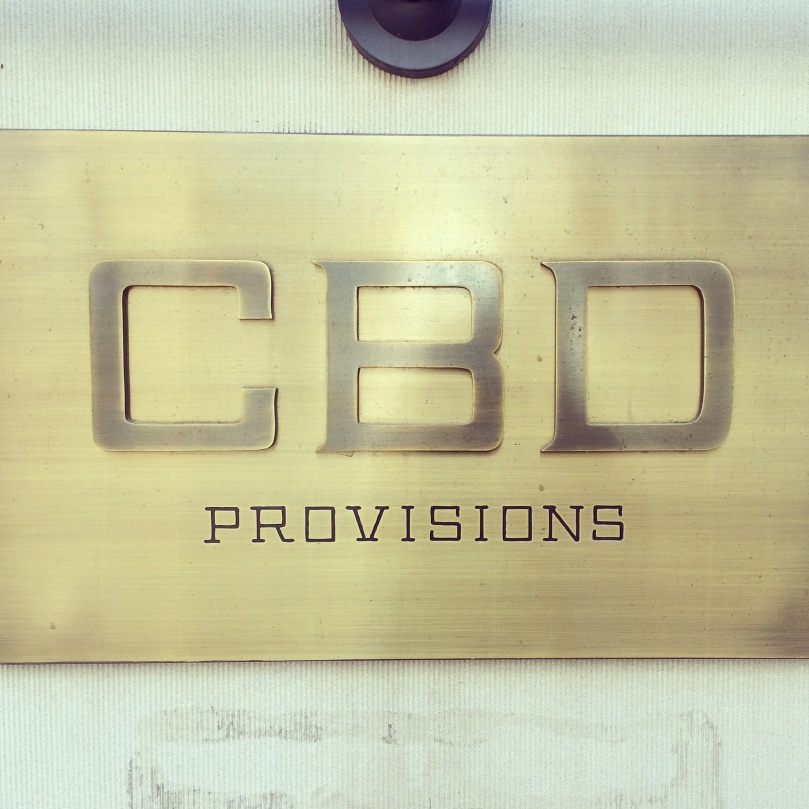 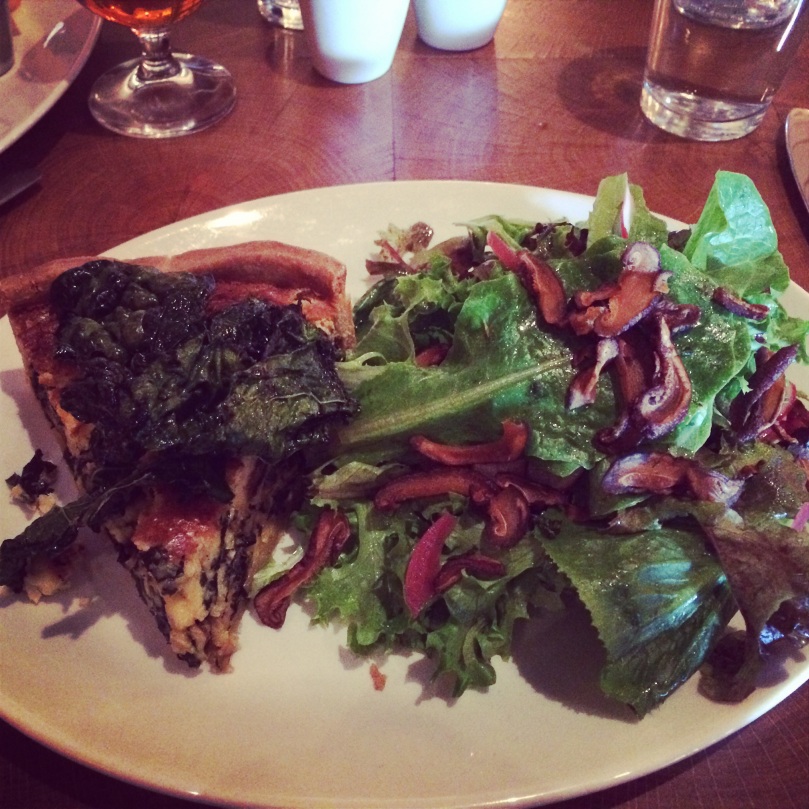 After lunch, we walked ourselves over to The Sixth Floor Museum, aka the JFK museum and the actual building and floor from which President Kennedy was assassinated in 1963.  If that doesn’t blow your mind, I don’t know what will.  Joey had gone with his mom a couple of years ago and found it incredibly interesting and something he thought I should experience.  The audio guide and displays walk you through some background on JFK’s presidency and all the things that were going on in the country at the time, then goes into some pretty good detail about the shooting and the events of the next few days.  Considering how important a piece of American history the assassination was, I knew surprisingly little about it and Lee Harvey Oswald.  Did you know he was shot point blank on national television two days after the assassination?! 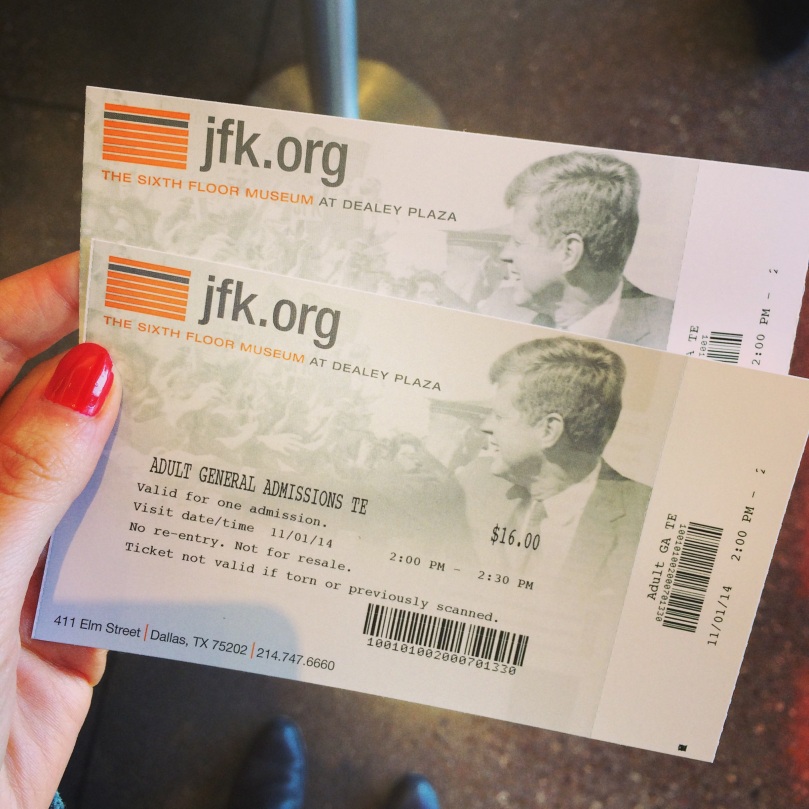 The whole thing was unbelievably fascinating, heartbreaking and moving.  There was a picture of Lyndon B. Johnson being sworn in aboard Air Force One before they took off from Dallas with Jacqueline Kennedy at his side that Joey and I agreed was such a powerful image.  The whole thing is kind of hard to wrap your head around.  I mean being able to see exactly where Oswald was when he fired those shots and being able to look out the window and see the path of the motorcade and the X marks on the street where President Kennedy was hit gave me the shivers.  It’s pretty chilling.

And to lighten things up a bit, some downtown Dallas beauty (that blue sky and that church!!) and a mobile library that I thought was too cute!  After the museum, we decided to see what the Dallas coffee scene had to offer but the spot I’d picked out ended up being closed and so were a handful of the other options on our list.  We finally found Weekend Coffee inside the same hotel as CDB Provisions and enjoyed some good (but expensive!) coffee while people watching.  In other words, I was in my happy place. 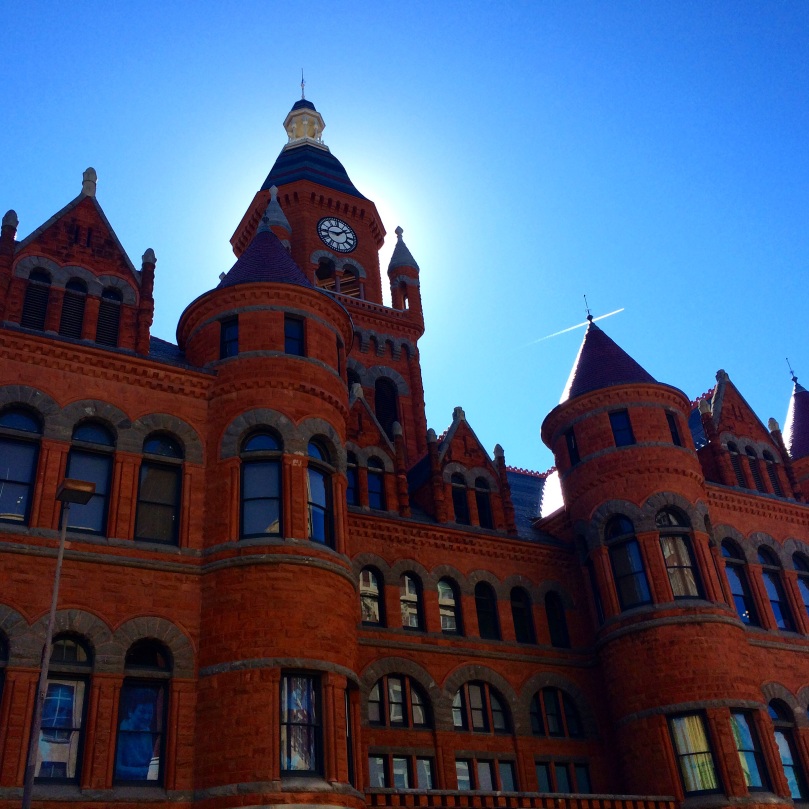 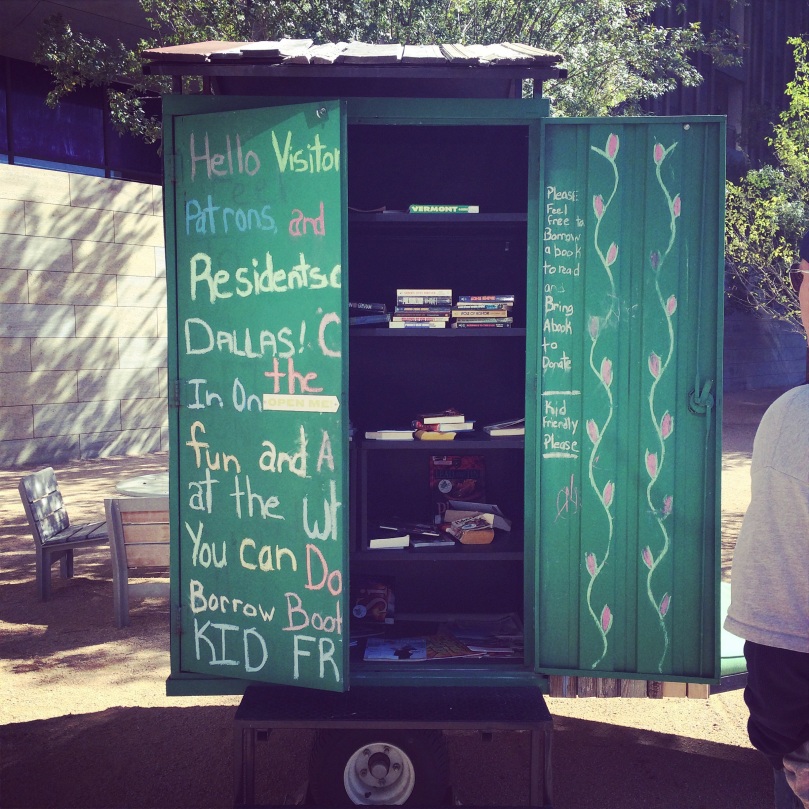 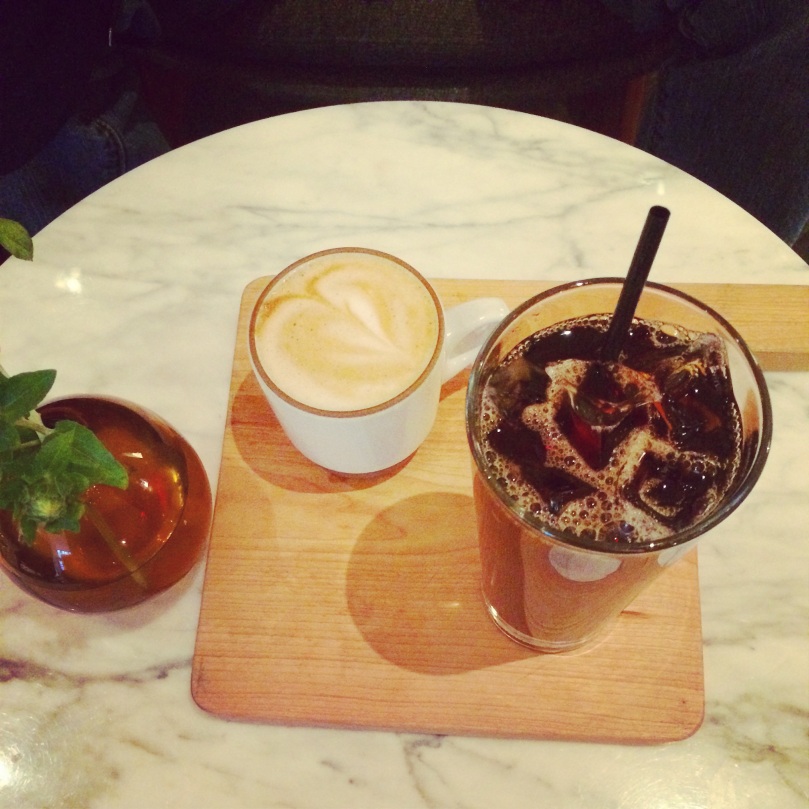 We eventually checked into our hotel for the night (though we contemplated just moving from the coffee shop to the hotel bar a few feet away :P) and realized one of the restaurants on our list was literally across the street, which made our dinner decision pretty easy.  After double checking that there was a full bar (priorities, people!) we headed over and grabbed a table and some local beer.  I had the Velvet Hammer from Peticolas Brewing (which I believe is actually in Dallas) and gave it two thumbs up.  We also ordered dinner and both approved.  If there’s a note on the menu to be patient because they make everything from scratch then you know it’s going to be good.  My blackened catfish was great! 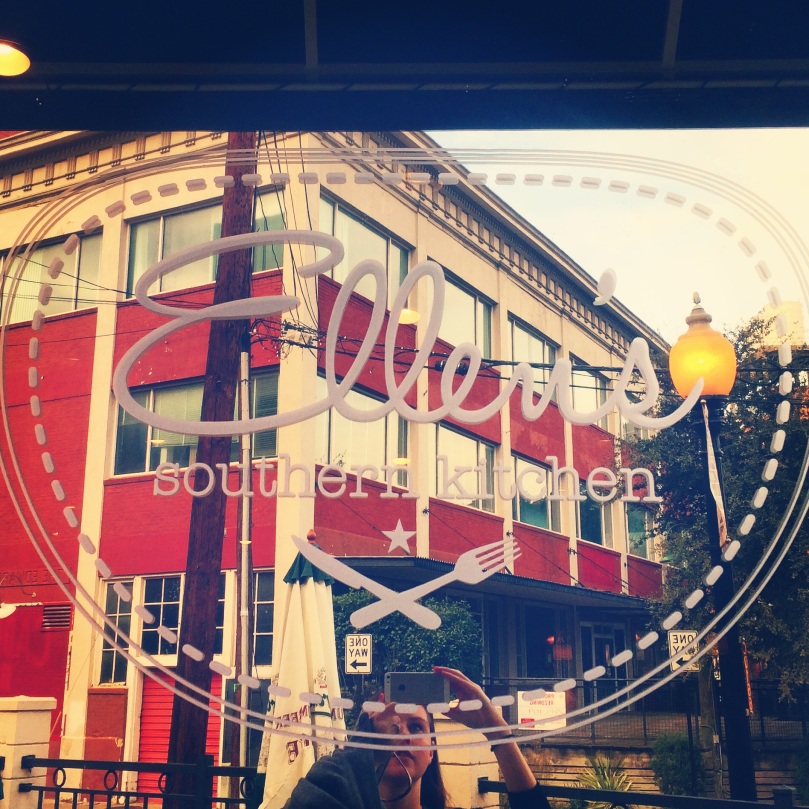 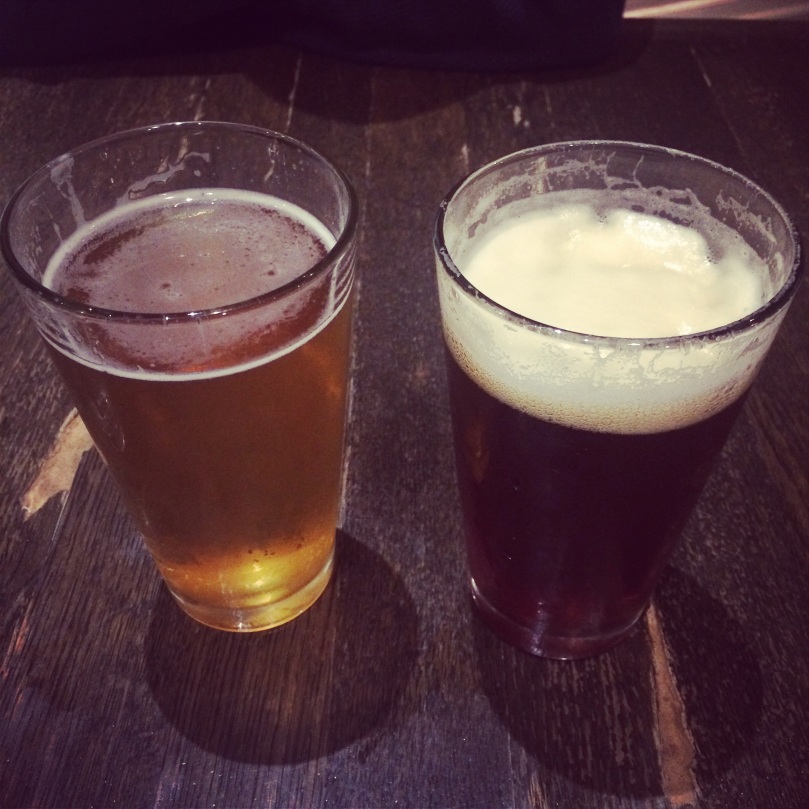 The next morning, we took ourselves on a little 40 minute walk uptown.  It was chilly and windy on Saturday but it was warmer on Sunday so our walk really pleasant.  Plus the uptown area is cute!  We came across some houses with big porches, white columns and outdoor fans and I realized “oh we are in the south!”  I could’ve sworn there was no one out yet but turns out that was because everyone and their mom was waiting for a table at Bread Winners.  I took it as a good sign plus that place is a smooth running (though slightly chaotic) machine and was getting people in and out fast.

Did you know they can’t serve alcohol in Texas until 10 AM?!  So no Bloody Mary in a glass cowboy boot for us 😦  But a plate of bread samples came out and we all but forgot about that weird booze law.  We were both really happy with our meals — breakfast burrito for him, chicken sausage omelette for her — so I’d say the hype is justified.  Also, those potatoes!! 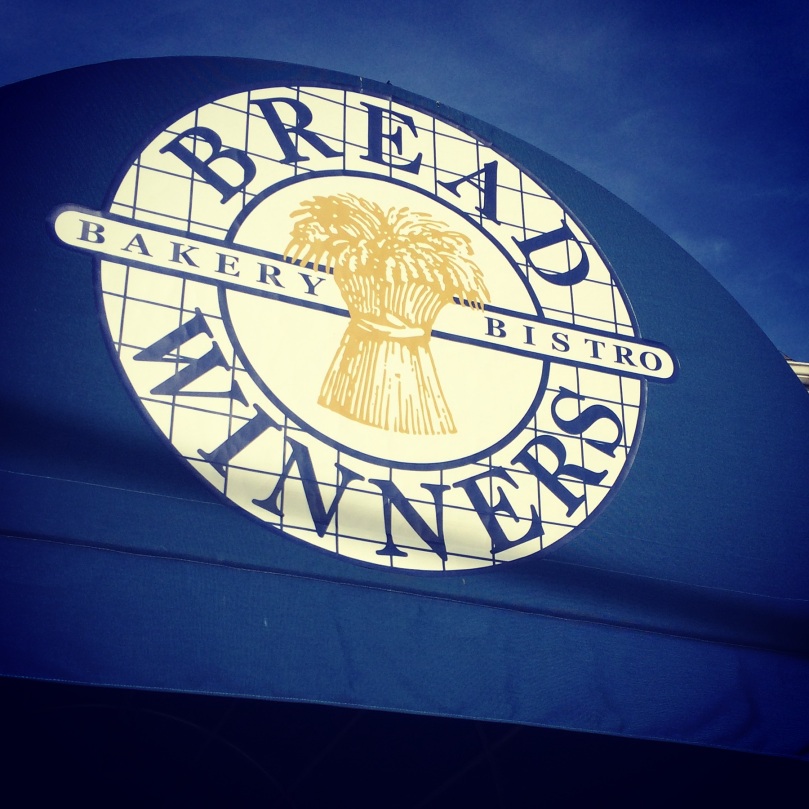 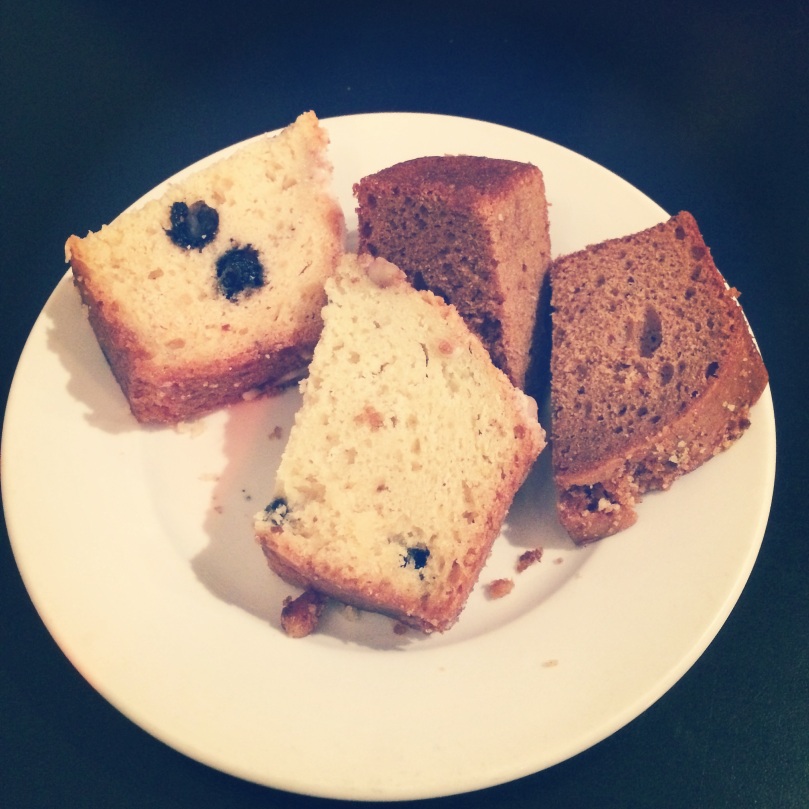 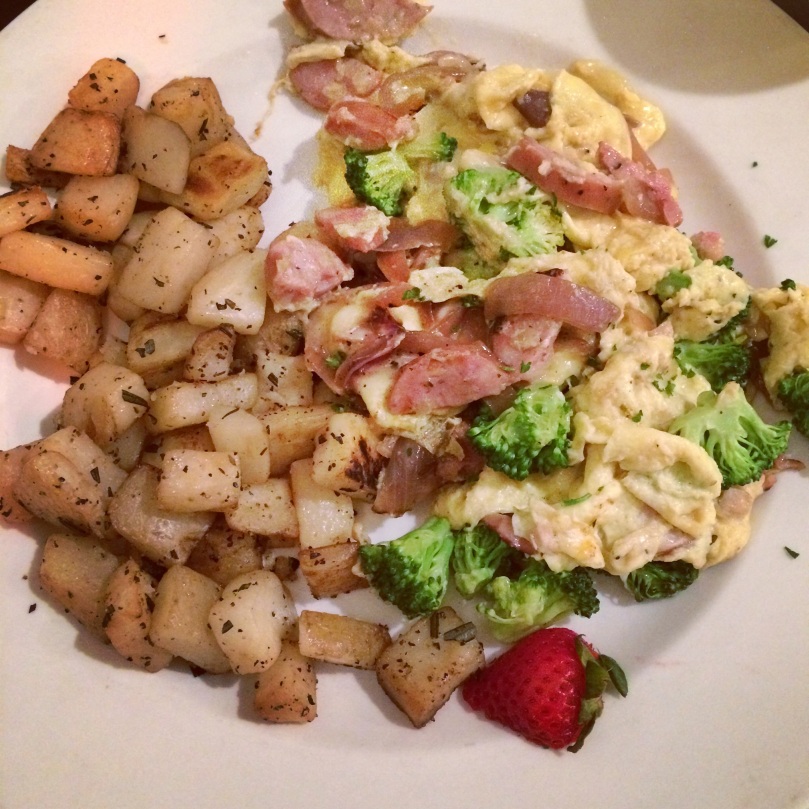 Usually, Joey stays in Fort Worth during his little football vacation but we figured downtown Dallas might be more fun this time around, until we realized there’s basically no good way to get from there to AT&T Stadium.  Our hotel concierge suggested we try Uber so we decided why not and signed up.  Um how awesome is that service?!  So much quicker, easier and cheaper than a cab.  I think our lives are officially changed.

As for the game, as far out of my element as I am in a football stadium — I seriously don’t get the whole thing… — and despite that part where the Cowboys lost (again… I think Joey has seen them win in person once) I still managed to enjoy myself.  You just clap when everyone else is clapping, right?  Also that massive stadium is just so cool to be in.  Even if you’re kind of high up and even if you can feel the 6-year-old Cowboys fan sitting next to you judging your excitement level.  I can’t decide if Joey was more disappointed in the loss or the fact that the stadium stopped selling Frito Pies. 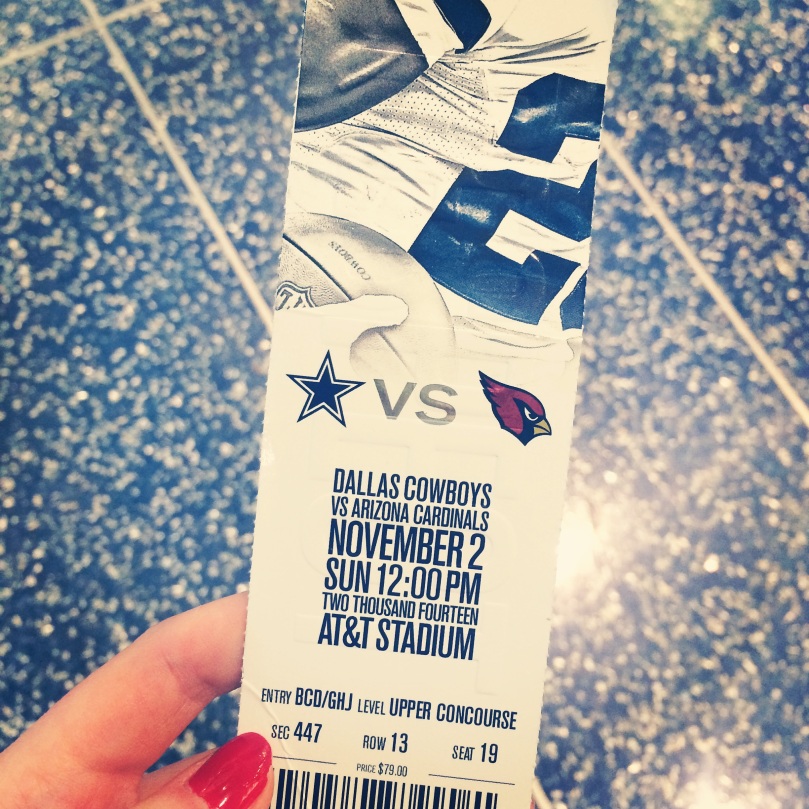 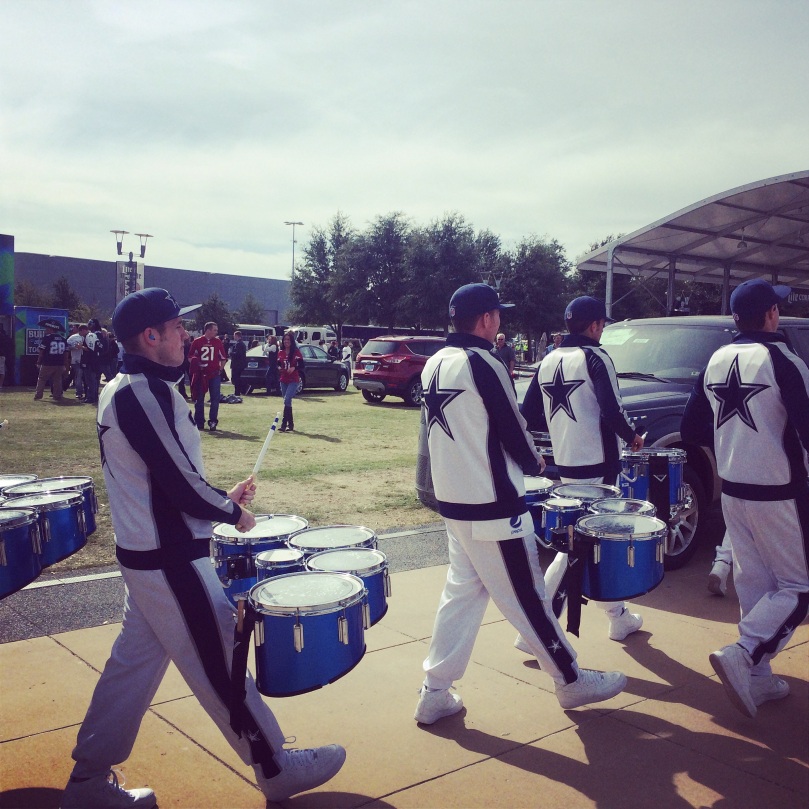 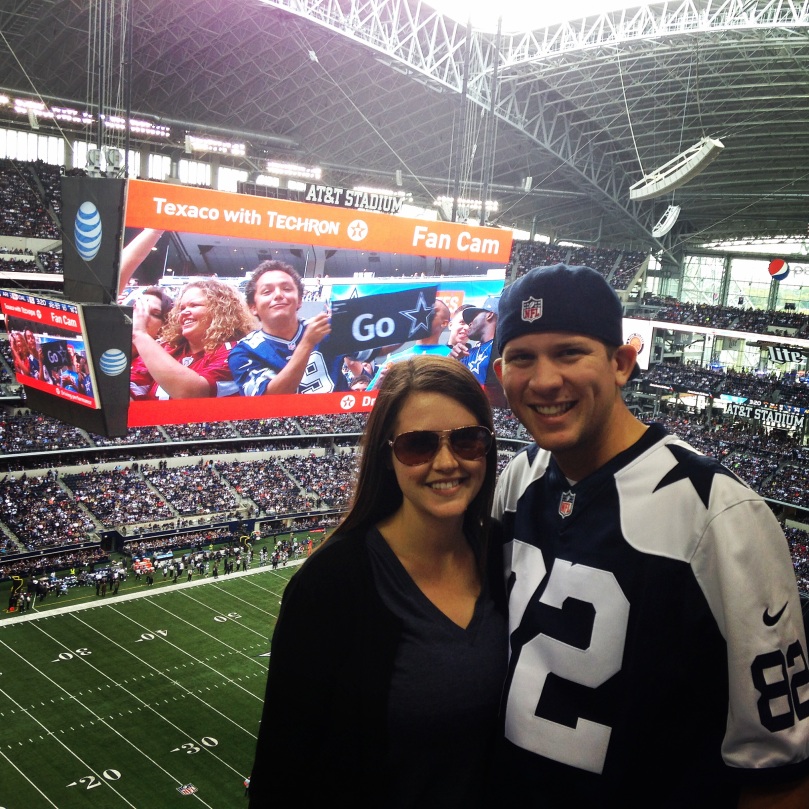 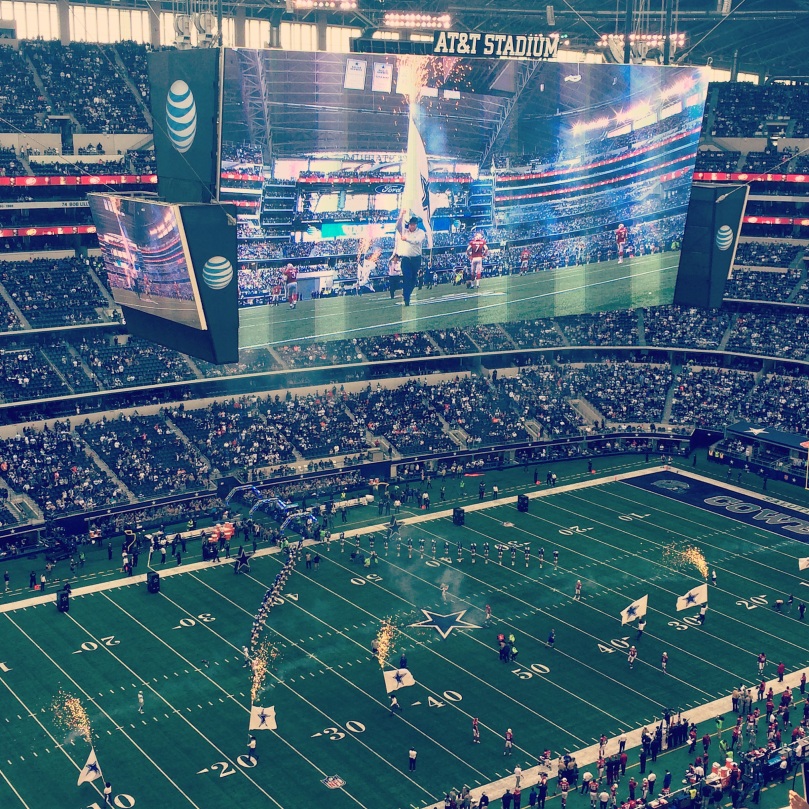 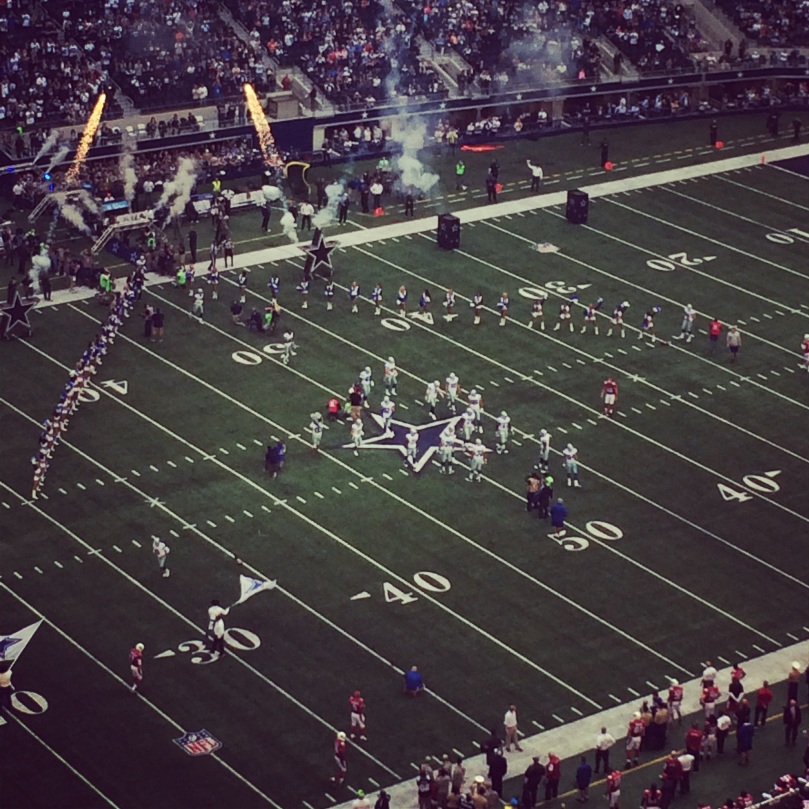 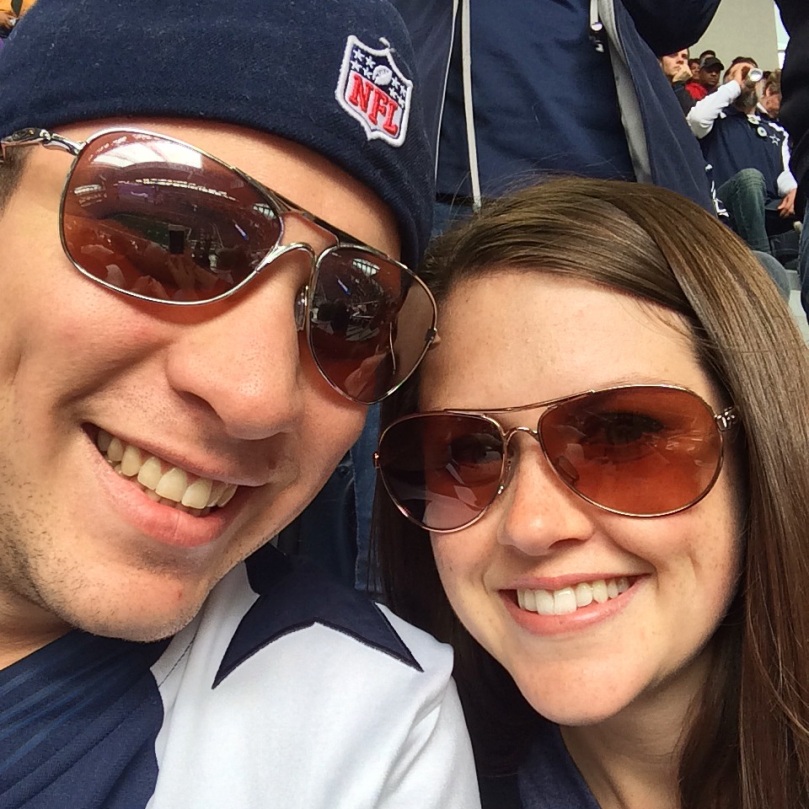 After an attempt at getting into Buffalo Wild Wings (Joey seemed to think we hadn’t seen enough football?!), we gave up and grabbed an Uber to the airport.  We realized after our trip to Jamaica that all the good stuff at DFW airport is in Terminal D so we headed straight there and had some mediocre beer and pizza.  The good news: even mediocre pizza is better than most things at an airport restaurant.  The bad news: my food quality expectations are too high for my own good. 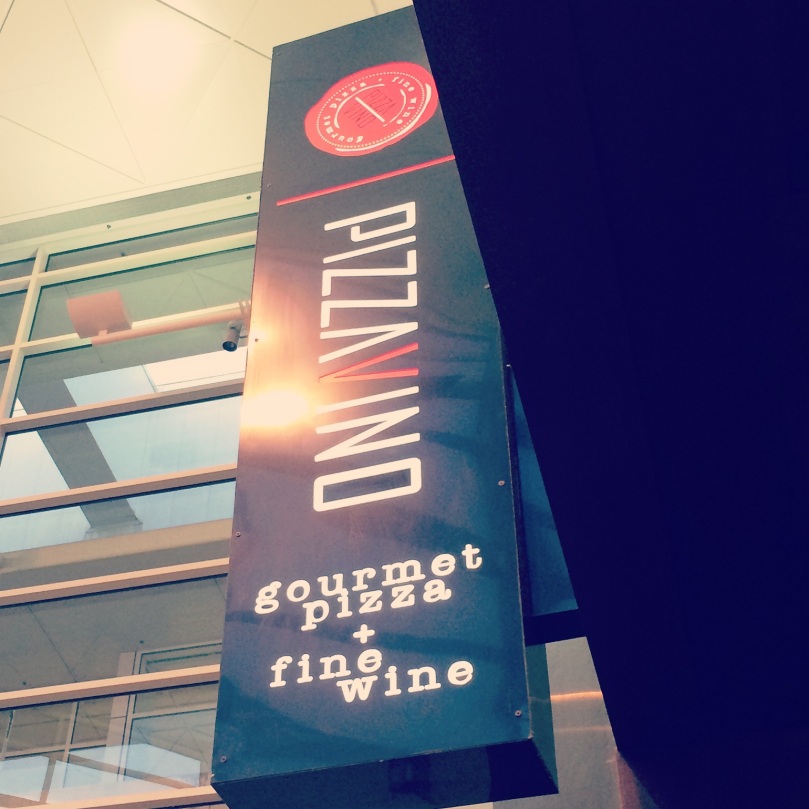 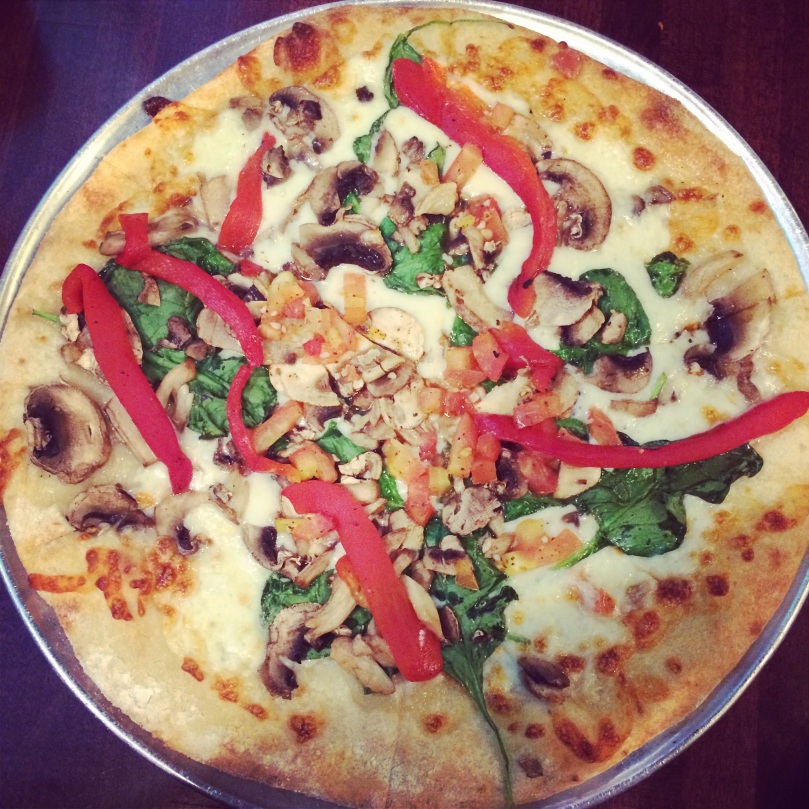 So one stuck-in-the-middle-seat flight, one turbulent landing and 36 hours later we were back in Denver.  I had such a good time on our little weekend getaway.  I know travel complications are sometimes half the fun and make for some laugh-worthy memories, but I’m also totally okay with  two-day vacations that don’t involve disappointing meals, getting lost or being in a rush.  Till next time, Texas!