Ah, don’t you just love when you go to write your weekend recap post only to discover that every picture you took this weekend was of food?  No, just me on that one?  Well I’d like to pretend that’s not the case here today, but it totally totally is the case.  Hey, it happens!

Top Weekend Priority: (Besides food, apparently…) Not leaving the house all day on Saturday.  It snowed on and off all day and was something like 20 degrees so we lined up some cooking, some beer brewing and lots of TV binging to keep us occupied and indoors all day.  It was the best! 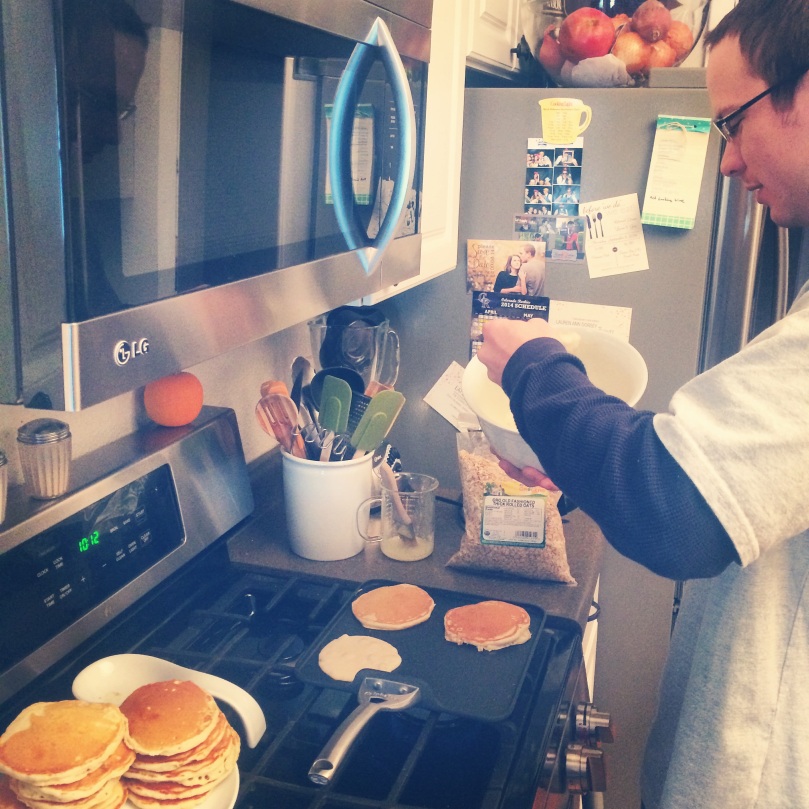 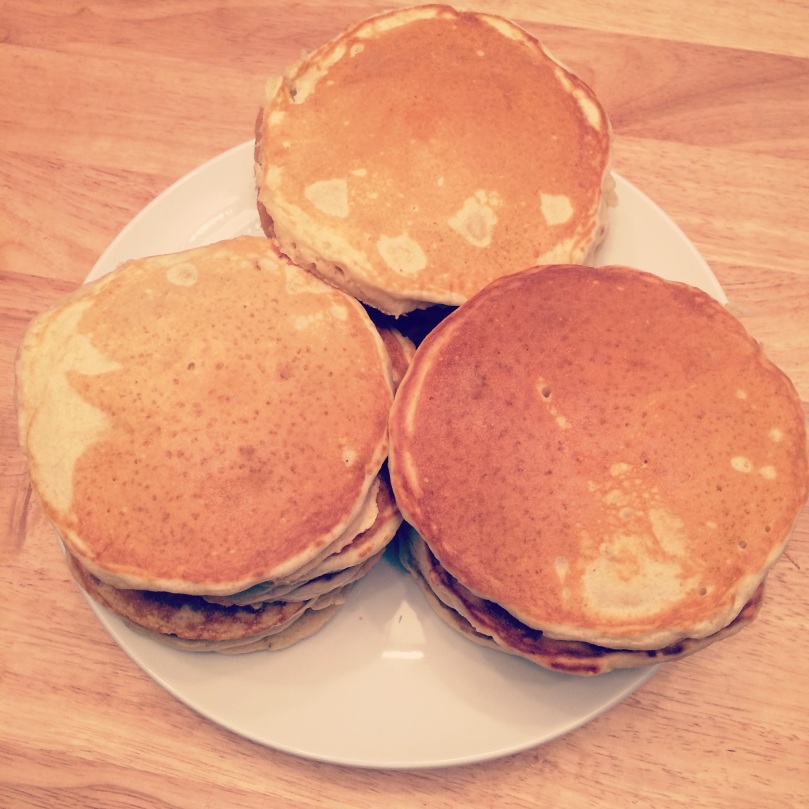 And I did that thing where I say I’m going to relax in bed, then realized I can’t relax and got up to make us some peppermint mochas.  ‘Cept the chocolate chips never melted and the peppermint extract just floated up to make this oily layer on top…  I definitely drank it anyways, then ate the chocolate chips out of the bottom of the cup with a fork. 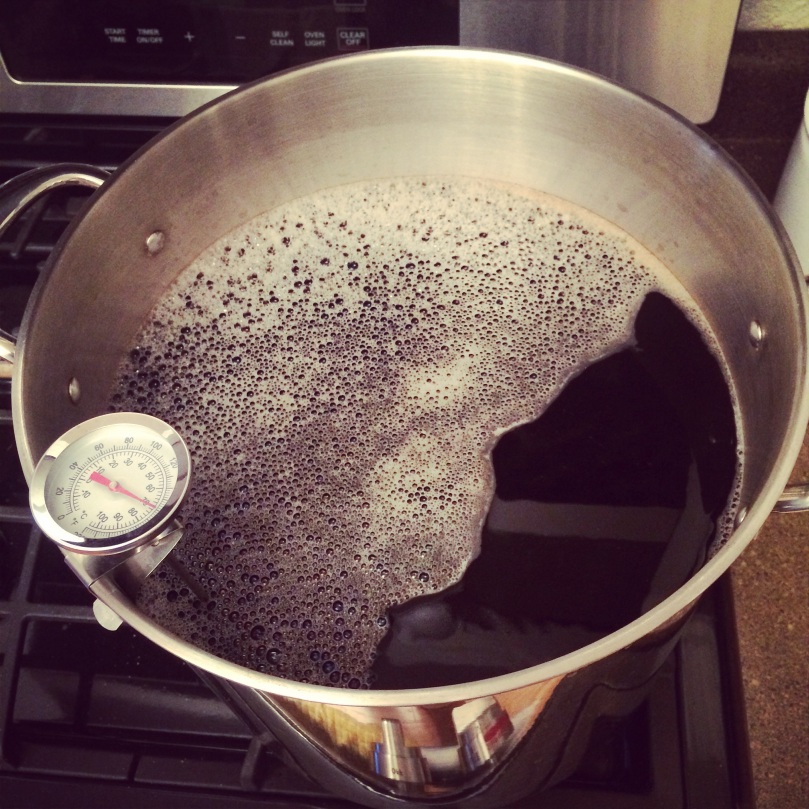 Does this count as a non-food picture?!

We haven’t had beer in our kegerator since shortly after our wedding and it’s been SO weird.  And also, beer bottles take up a lot of fridge space so it was time to brew again.  This nut brown ale is SO dark.  But I feel like tis the season for dark beers so I’m excited. 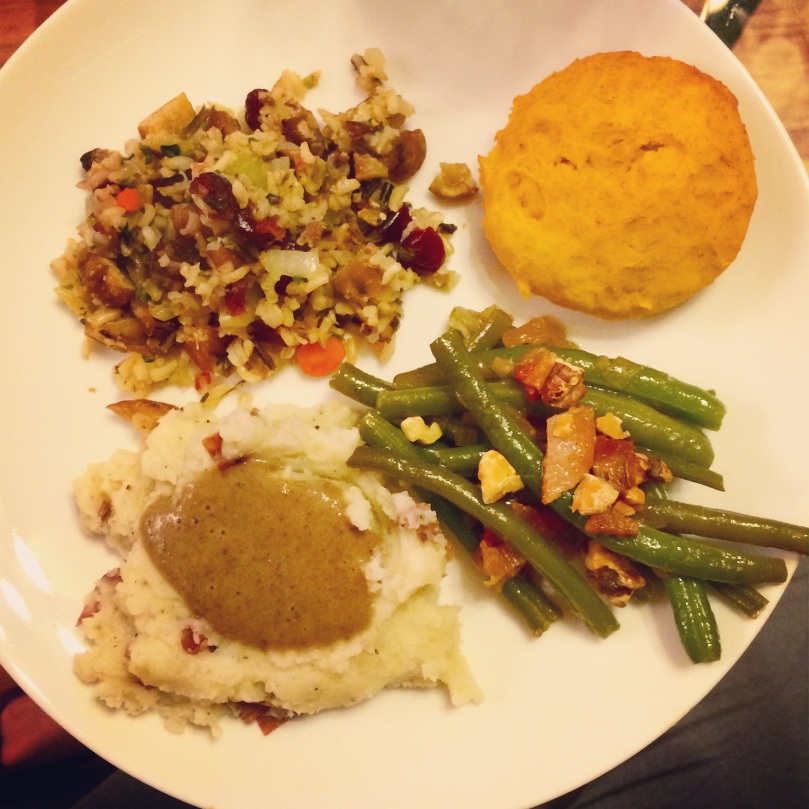 Every year, we do a trial run of potential Thanksgiving contributions and this year’s was extra delicious.  Sweet potato biscuits, wild rice dressing, olive oil mashed potatoes + vegan gravy and greens beans with bacon vinaigrette.  Let’s not talk about that part where I cut the mashed potato recipe back by two-thirds and forgot to tell Joey so he added the full amount of EVOO and spices.  Um, they were just a little oily.  But all was fixed when we bought more potatoes the next day and mixed them into the mega-oily potatoes. 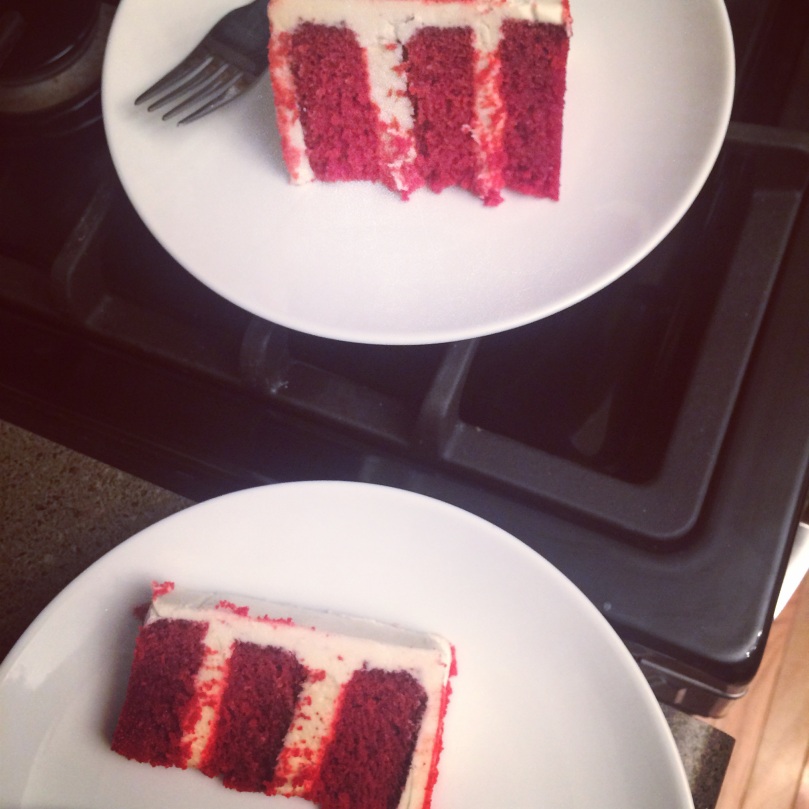 Then Joey made me eat leftover wedding cake.  He’s so mean! 😛 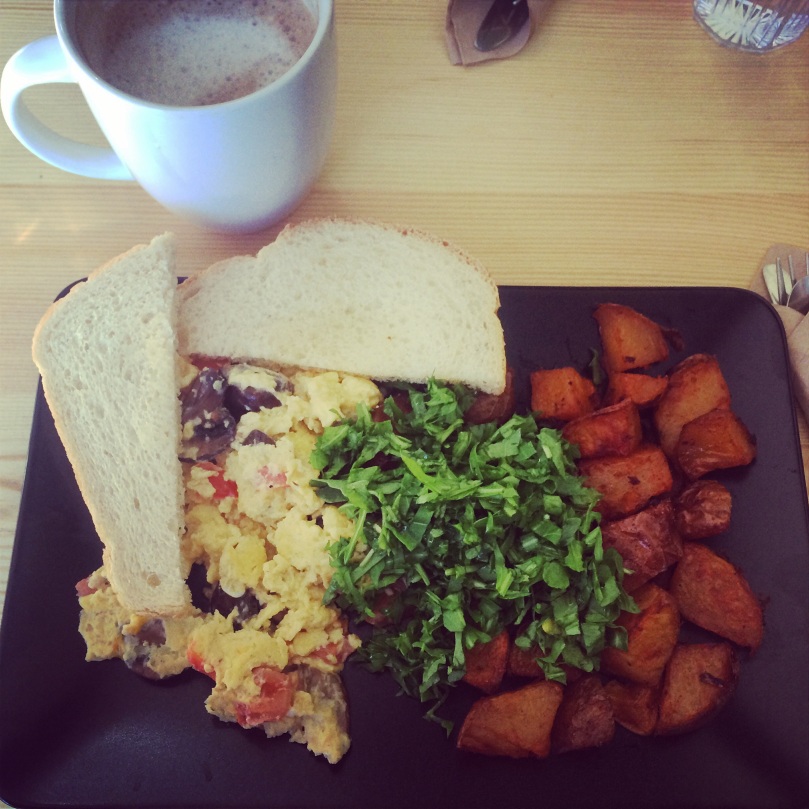 On Sunday, my mom, my sister and I went out to breakfast.  Can that be a weekly tradition, please??  The restaurant we went to is conveniently close to home plus it’s cute, cozy and makes awesome food (though I don’t think I ever need to order the breakfast sandwich that’s sandwiched between TWO GRILLED CHEESE SANDWICHES).

Afterwards, I took myself to yoga (the class was at capacity and also my shoulders are SO SORE today — dang chaturangas!), bought an $11 jar of bottled roasted chestnuts with some help from a man named Moonstone (don’t even ask), baked cookies filled with candy and started Season 2 of Gilmore Girls.  When are they going to change the intro and capitalize the G in “girls”?!

Are you cooking for Thanksgiving?

Is there snow where you live?