Whoa, August is definitely starting off on the right foot!  I think we’re trained from a young age to dislike this month because it means the end of summer and the beginning of the school year but over here in the real world, August is another full-on summer month.  And I don’t know about you, but I totally plan on taking advantage of that.  I think this weekend was a good start.

We ditched work early to head into Boulder — again, I know — and watch this pink truck fly in the air?  Our company did some work on a retirement home that was damaged during all the flooding two years ago and the General Contractor donated this pink truck in honor of the project being finished.  Our crew facilitated the lifting/placement of the truck.  It’s not every day you see a pink truck flying through the air.

Since we were already in Boulder and since it was Friday, we decided to head to Pearl Street for the evening.  Hannah and Josh were meeting us at Centro for some Happy Hour action, but we got there early so we wasted some time at this cute little book store, where I bought a copy of For Whom the Bell Tolls and Joey put himself in time out?  We’re such adults.  Then we grabbed a patio table and got down on some chips and salsa. 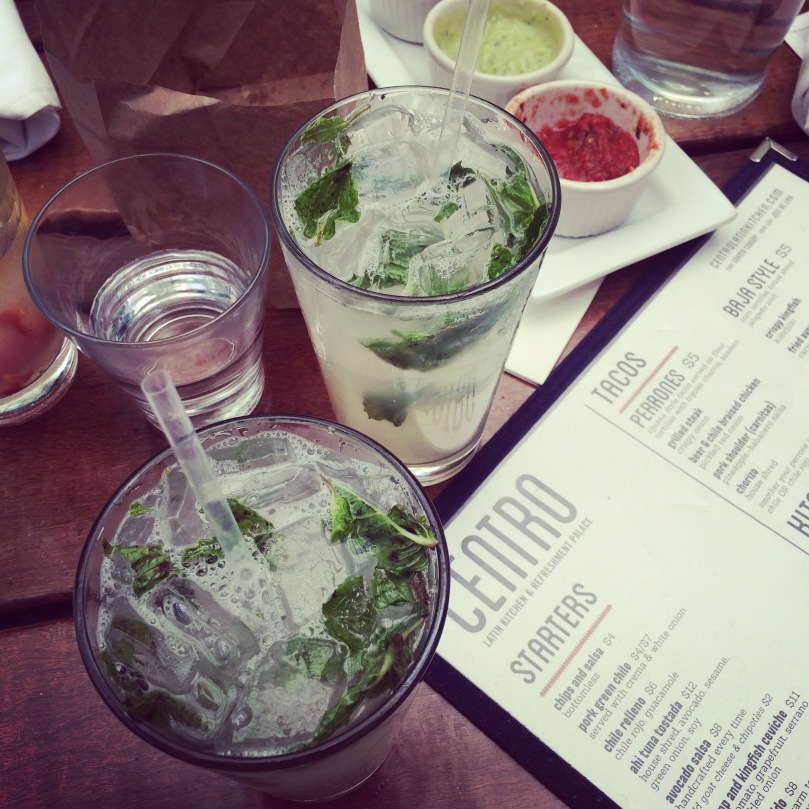 I forced Josh to take this picture, despite his best efforts to live a social media-free life.  We ate dinner on the rooftop at West End Tavern and they were having some sort of technical difficulties with their string lights, so we basically felt like we were sitting under a strobe light.  All flashing lights aside, it was a good night that ended with Joey and I belting “All Hail the Heartbreaker” on our drive home.

Saturday morning yoga with Jenn!  Red Rocks is such a different place at 7 in the morning.  The sun was shining, the sky was perfectly blue and I could only kind of smell all the beer and trash from whatever concert they held the night before.  I hadn’t done yoga in SO long so my arms are all sore from too many Chaturangas.  In other news, seeing the amphitheater filled with fellow yogis was pretty awesome and inspiring.  Plus we got a bunch of free swag afterwards — when I got in the car and looked at my box of free samples I thought “my consumerism is so gross right now” — and now I can check Yoga on the Rocks off my bucket list. 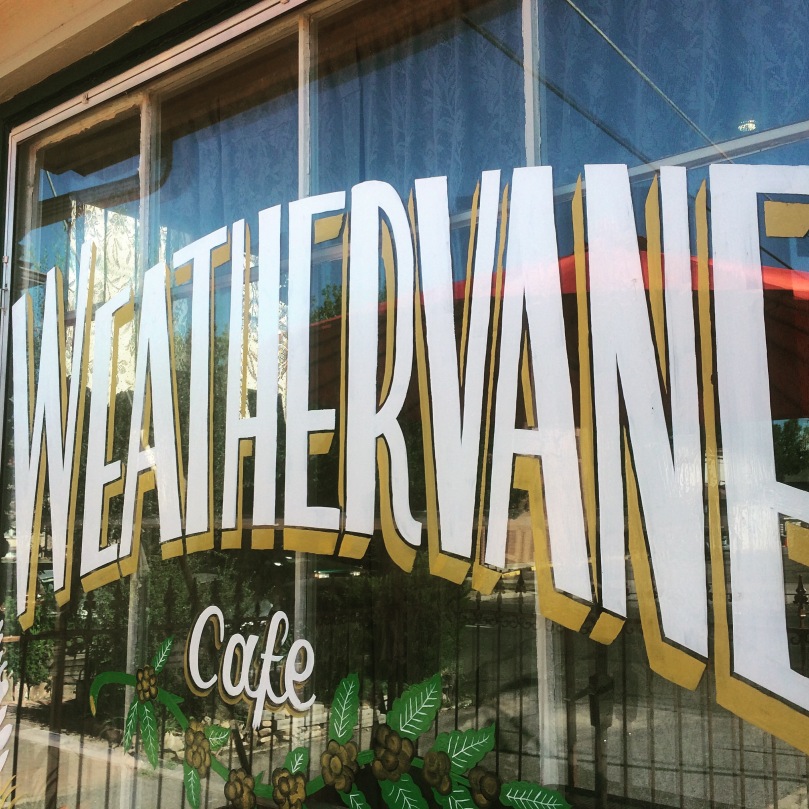 I’d like to pretend I spent Saturday doing something productive or helpful, but instead I had breakfast at Weathervane Café, which I decided is the cutest place ever.  The décor is so adorably kitschy, the menu is a delightful mix of food, coffee and house made syrups and the couple who owns/runs the place is genuinely nice.  Post iced coffee and egg sandwich, I got a massage, watched too many episodes of Game of Thrones and had a backyard pizza party.

Bacon-Wrapped Okra & Pimm’s Cup to round it out.  We tag-teamed the okra — which, for the record, was delicious! — then I made the pizzas while Joey put our cocktails together.  I think it means good things if your pizza accidentally turns out heart-shaped.  Afterwards, I tried my hardest to get Joey on board with another outdoor movie-in-the-hammock night but let’s be real, we were both a little too sucked into GoT to watch anything else.  We watched the “Red Wedding” episode and my heart could not take it!

Sunday morning 5 miler, per our half marathon training plan.  Why does it have to get so hot so early??  Okay, so it wasn’t really that bad.  We tried to run along the Platte River but with all the detours, we cannot for the life of us figure out how to get to it.  Better luck next time, I guess.

I can’t even remember what we did that afternoon, besides the part where I drove into the Highlands to buy myself some “clean” make up.  I’m attempting to replace my junky make-up as I run out of it, so blush and foundation were first up.  The little shop I stopped into was so cute and the lady helping me was so fun and helpful.  Two thumbs up! 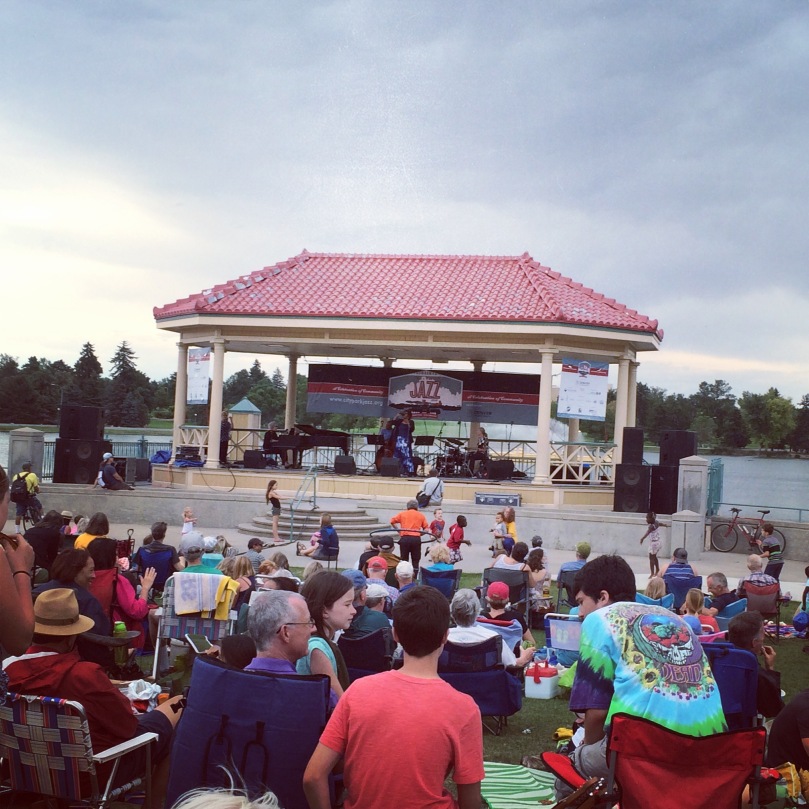 We made a last-minute decision to head over to City Park Jazz since it was the second to last week.  It was a little chilly/windy but otherwise, perfect.  Joey was kind of disappointed to find that most people are more into socializing than actually paying attention to the music but I kind of figured that’s how it would be.  Plus I was more into scoping out everyone else’s picnic scene.  And we ran into Jenn there!  I love when I get to see her twice in one weekend 🙂

P.S. I was thisclose to posting this sad sap of a post I wrote about my legitimate depression over the Tulo trade but then I decided to reel it in and not show my crazy on the internets.  You’re welcome.