Solo, Snowed In, Watched Every Episode of Girls in 3 Nights, Haven’t Seen Another Human Being All Weekend Things.  And that last part is only a slight exaggeration.

Joey has been at “work conference” in Vegas (that just so happened to coincide with March Madness — how odd!), so I was flying solo all weekend.  I still can’t decide if I really loved having so much alone time — and I mean really alone because it snowed all weekend and I left my apartment…hmmm… about twice the entire time — or if I was just crazy from lack of human interaction.

I took up watching Girls on Wednesday night thinking that would hold me over till Sunday.  Saturday morning I finished the second season, so that plan didn’t really work out.  I know the end of season two got weird –really weird — but I really loved the show.  Having watched it all in one giant chunk, I don’t even think I could put all my thoughts on it into words.  Or into one post, so I’ll just say that I already want to make Joey watch it.  Partly so I can re-watch it… 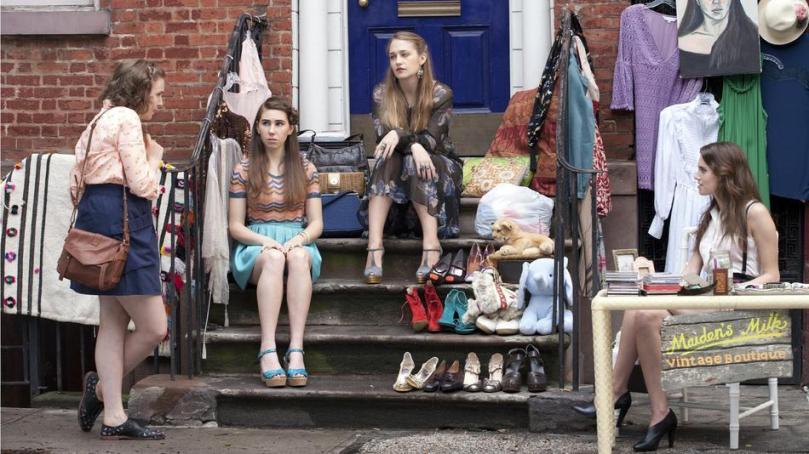 I celebrated Friday by picking up the new JT CD at Target.  And maybe left with an armful of stuff I swear I had not planned on buying.  Can I just ask why they need to make it so difficult to open a CD?  It’s only a $10 item!!!  Clearly I was frustrated, but not as frustrated as when, after 10 minutes of struggling with the CD wrapping, my arm caught the top of our olive oil cruet and dumped the whole thing on the floor.  Sadly this was not the first time I have spilled olive oil all over my kitchen floor.  I proceeded to ignore the spill and watch and episode of Girls before calling my sister to complain.  She suggested I pour cornmeal over the spill before wiping it up and it worked!  For future reference…

I woke up to this scene on Saturday.  I was less than happy to be pulling out my winter coat again.  I had really hoped we were done with this whole winter and snow thing, but this is Colorado and there is a chance of snow all the way into May.  I often give Joey a hard time for wanting to “do nothing” on the weekend.  I don’t know how to “do nothing.”  And I especially don’t know how to “do nothing” when I have plans to do something.  But this weekend I had absolutely no plans to do anything and dare I say it was kind of nice. 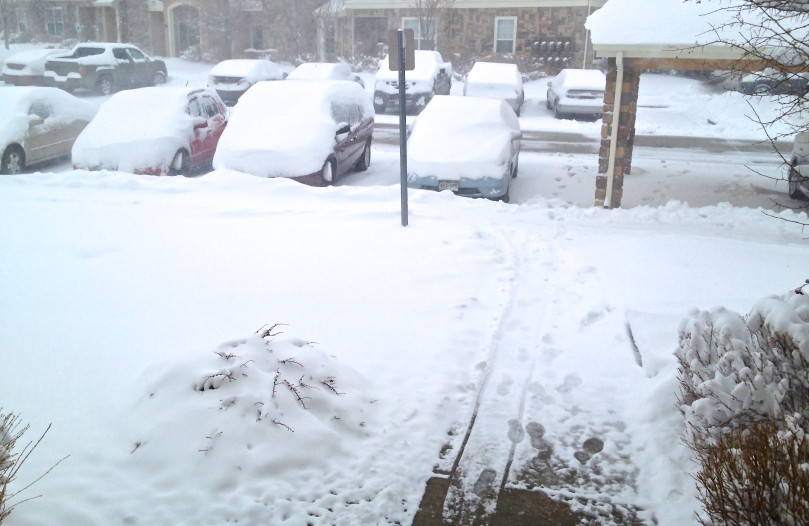 I didn’t have an agenda, or a to-do list, or anything in mind that I “needed” to accomplish.  I didn’t feel guilty for sitting on the couch and watching TV.  Way too much TV.  And I didn’t put any pressure on myself to “be productive.”  And you know what happened?  I was kind of productive anyways.  I mean, I made honey beer bread!  That’s all the productivity a person needs, right?

I found this recipe earlier this week and when I decided I wasn’t into cleaning off my car or finding out if the roads were bad or not on Saturday, I pulled up the recipe and was delighted to find I had all the ingredients on hand (oh the beauty of being a homebrewer — beer is always on hand!).  I didn’t have a loaf pan so I went with the pie dish but who really cares what the shape of their bread is anyways.  This turned out fabulously!  I ate a buttery slice hot and fresh from the oven and thought I was going to die of happiness.  Seriously one of the best pieces of bread I’ve ever eaten.  Gah!  I also fed it to my sister (along with some cheesy chicken and rice soup) last night and she concurred that it was phenomenal.

On Sunday I trounced around in the snow with this little girl.  My parents took a trip to Santa Fe so I’m helping out with their dogs.  I stopped by their place yesterday after my usual afternoon yoga class (which was so sweaty and amazing) and took both dogs out.  Huni proceeded to hop into the snow and then stand there totally confused and probably really cold.  It was adorable.

I also made life revelation #549784541: the answer to all things is caffeine.  For all sleep-deprived, motivation-seeking, must-get-through-the-workday, or just because times, caffeine is the answer.  I also happen to be super sensitive to caffeine, therefore one measly cup of Earl Gray totally has me buzzing and feeling like my brain is minutes from slipping into either brilliance or insanity (same thing, right?) for the rest of the day.  So fun! 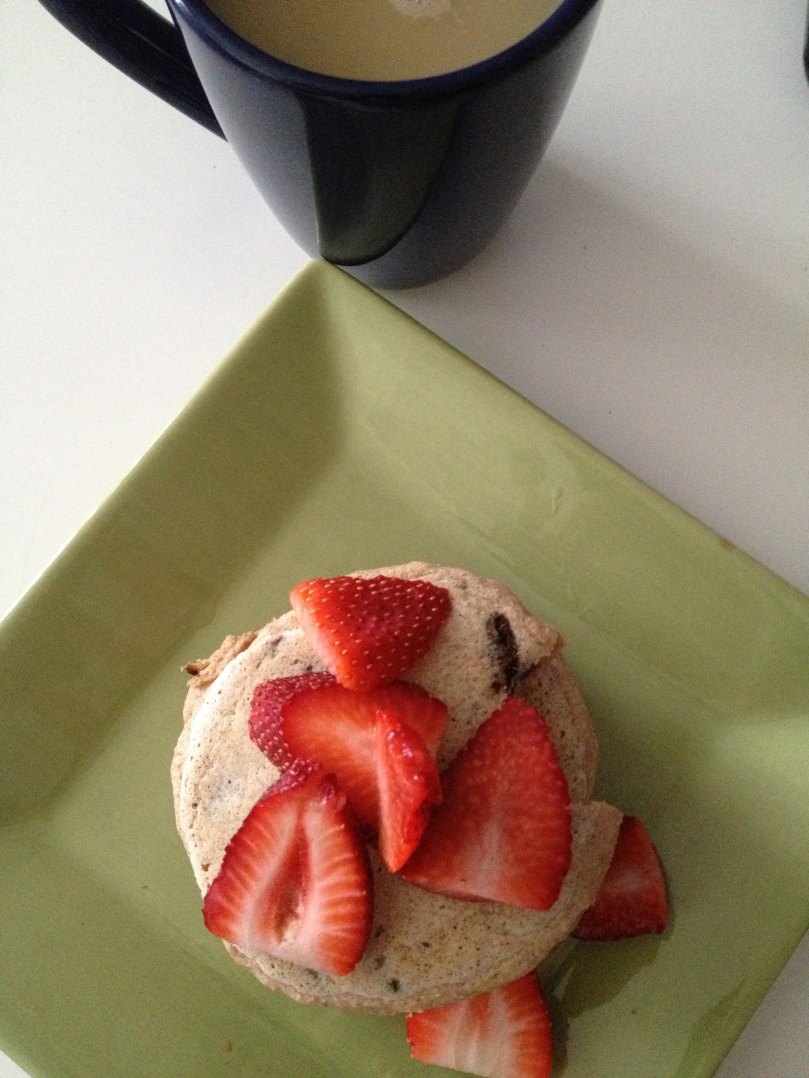 And what’s caffeine without a side of chocolate chip pancakes anyways?

Are you still getting snow where you live?

Can you go to Target without buying at least a handful of stuff you don’t need?

When was the last time you spent a good chunk of time by yourself?