I’ve been thinking a lot about busy-ness lately.  It’s quite the double-edged sword, isn’t it?  Being too busy is stressful and exhausting.  Being not busy enough feels boring and unproductive.  I’m trying to embrace both ends of the spectrum and accept that life ebbs and flows between the two.

This week has been on the busy end of things. 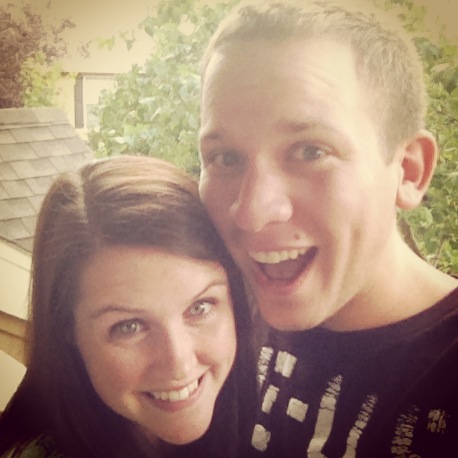 On Sunday, we received news that we’d gotten an awesome offer on Joey’s house.  I mentioned we were putting that up for sale, right?  Also note how I’m saying “we” even though I have no monetary claim to the house.  I feel kind of weird about that…  Anyways, we didn’t even hesitate to accept the offer and now it is officially under contract and things are moving right along.  Eeee!

On Monday, we headed up to Red Rocks for Film on the Rocks.  They were playing The Hunger Games, which neither of us had seen (or read) and Vicci Martinez, of The Voice fame, was the opening act.  I thought she sounded great and she was so amazed by Red Rocks.  I still feel that way every time I see it too 🙂 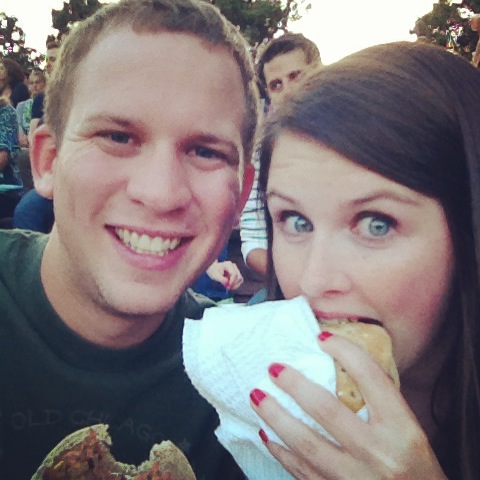 We got there a little late and it was pretty full, but we were able to squeeze our blanket in and eat a little picnic dinner.  I love that so many people do that for FOTR.  You definitely don’t see much of that going on during concerts, although tailgating in the parking lot is highly encouraged. 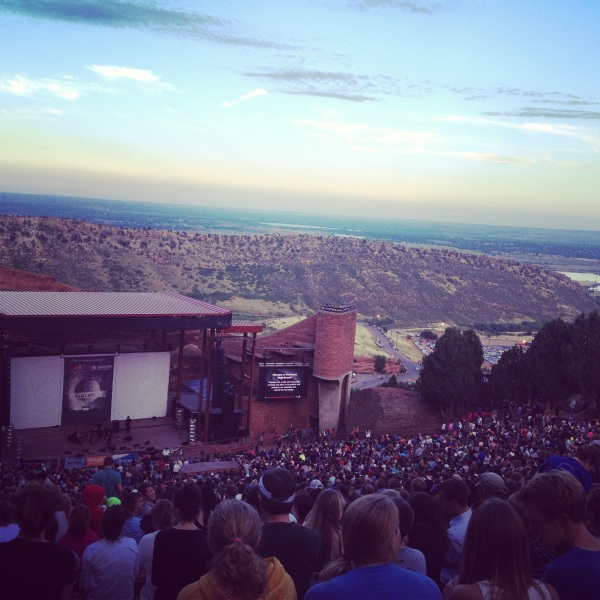 I really expected the movie to be cheesy, stupid and unenticing but I ended up really liking it!  Don’t worry I’m not about to go all “Teem Peeta!” on you.  Also, we sat behind 3 girls who were buying alcoholic drinks (aka they had to have been at least 21) and spent the entire night taking “selfies” and checking Instagram and Facebook obsessively.  I’m not even sure they spoke to each other the whole night.  I’m sad for the future of society.  Guess it’s better than having a giant tournament where teenagers fight to the death though, right? 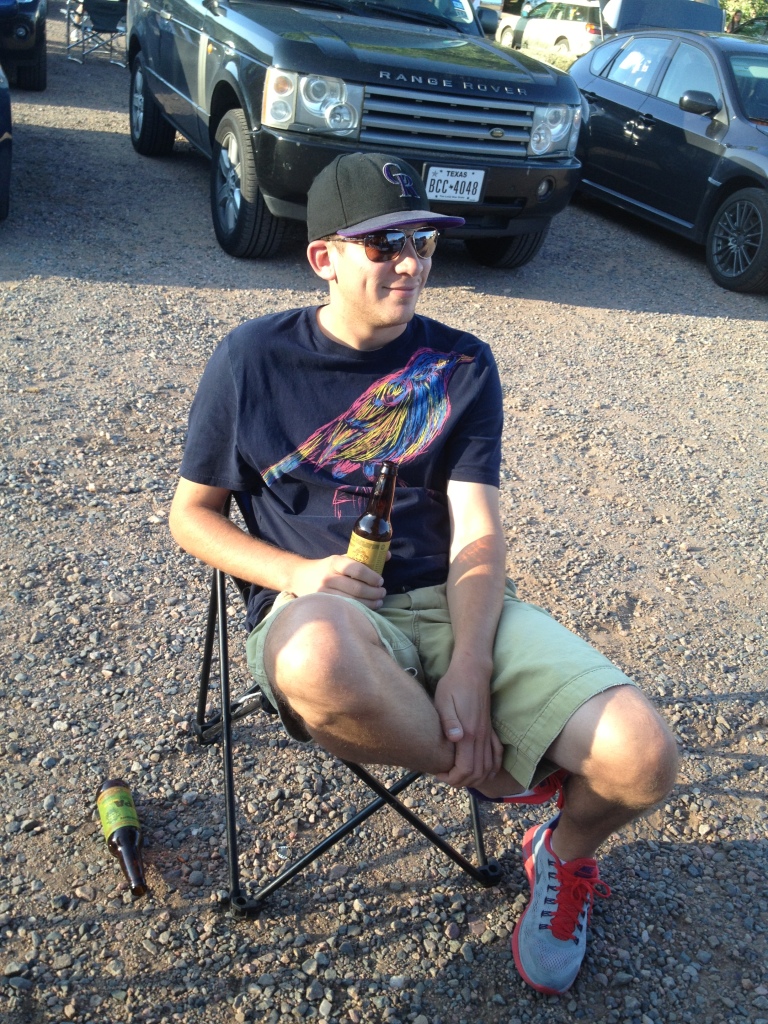 On Tuesday…we headed up to Red Rocks…again.  This time for the John Mayer concert, so I’m not complaining.  This marked the 5th time I’ve seen JM in concert and the third time I’ve seen him at Red Rocks.  I guess you could say I’m a fan.  We had the good sense to get there early and “tailgate” with Chipotle and beer beforehand.

And had the bad sense to hike up these stairs to get to the amphitheater.  No joke, I counted this as my workout for the day and no joke, my calves are still sore 3 days later.  There’s nothing like a bunch of stairs to make you feel out of shape and like your heart is going to burst out of your chest.  This is for you, John Mayer!!!

Blown away by how beautiful my little sister is 🙂 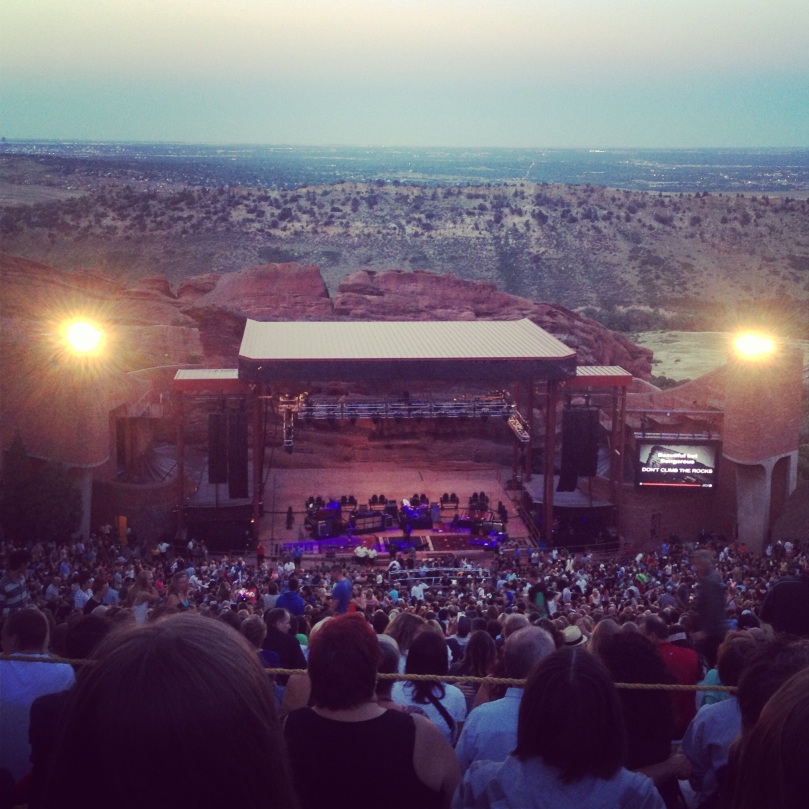 As for the actual concert, yes, John Mayer has had throat surgery –does it freak anyone else out that he gets botox injections in his vocal cords?– so no, he can’t hit high notes like he used to BUT I still thought he was amazing.  He’s still a phenomenal guitar player (coming from someone who knows nothing about playing the guitar…) and he puts on a great live show.  In other words, I love him and he can do no wrong.

On Wednesday, we went to Red Rocks.  No, wait that’s wrong.  On Wednesday, Hannah came over so we could drink wine and talk wedding details.  When I said that to Joey, his brother and his cousin (ahem, three men), they looked at me like that was some kind of torture.  Guys are no fun!

This Thursday (and every Thursday, actually) went like this: work —> bowling —> me asking how many more weeks are left of this torturous league/threatening to leave halfway through our three games.  If I didn’t really like my teammates and watching the dorky old music videos they play on the TV screens next to the scores, I would probably pretend to be sick every week.  For the record, I bowled SIX gutter balls in the first game. 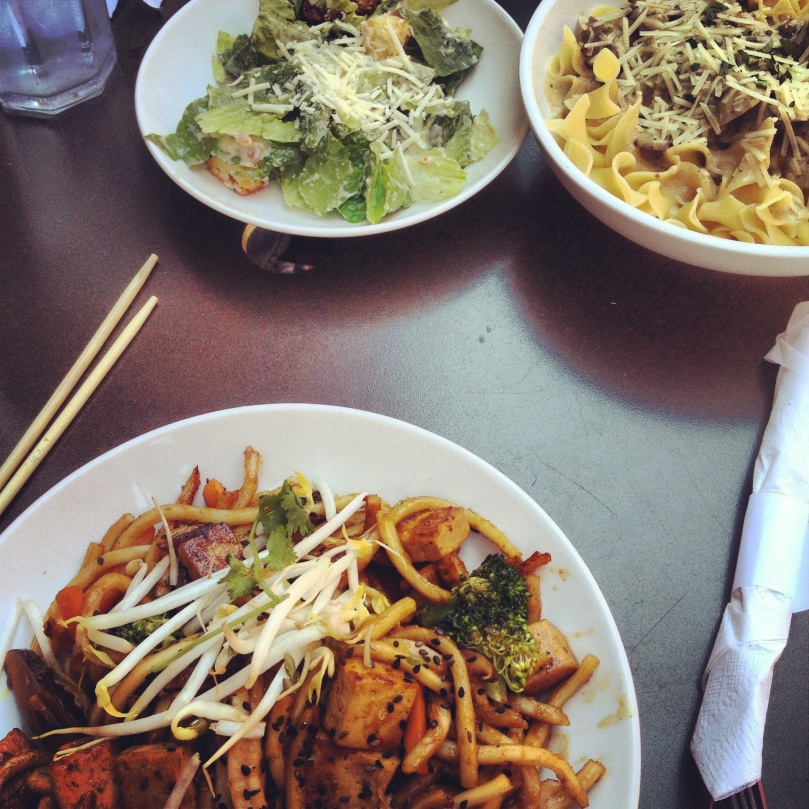 Today is Friday and I couldn’t be happier!  The arrival of the weekend is just the cherry on top of what was a fun and eventful week.  Plus I have leftover Japanese Pan Noodles in the fridge for lunch.  (I know Noodles & Co. is just a boring old chain, but I was craving this dish all week.)  Plus I was invited to go check out a few wedding venues with the bride and groom to be this weekend.  Can’t wait!

Amidst all the post-work plans, I barely had time to wash any dishes but still managed to watch every showing of Big Brother.  Priorities, people.  Happy Weekend to you all 🙂

What are you doing this weekend?

When was the last time you went bowling?