I like to laugh to myself when I read everyone’s Facebook/Twitter updates about being “SO FULL” after one Thanksgiving meal because Joey and I eat two every year.  We give new meaning to the word full, but I’m not complaining. I’m totally happy to enjoy Thanksgiving food twice in one day.  Until next year, that is, when we (and our house) are hopefully ready to host our first Thanksgiving!

Yesterday, our day started like it does every year… with a Turkey Trot!  But first, green smoothie fuel.  I’ll assume that face means Joey loved it.

The first Turkey Trot we ever did (in 2010) was so cold so I always compare every year to that one.  Luckily, it has never been that cold again and this year, although chilly at the beginning, turned out to be pretty nice.  We’ve done a different race every year and I thought this one was really well organized.  Also, the teenage volunteers standing along the course looking tired and cold and expressionless were a really nice touch!

I may or may not have run past the finish line instead of through it and several people had to yell at me to stop.  Only slightly embarrassing.  They gave us all frozen egg noodles at the end.  I’m sure they’re just normal noodles but that just sounds kind of gross, doesn’t it? 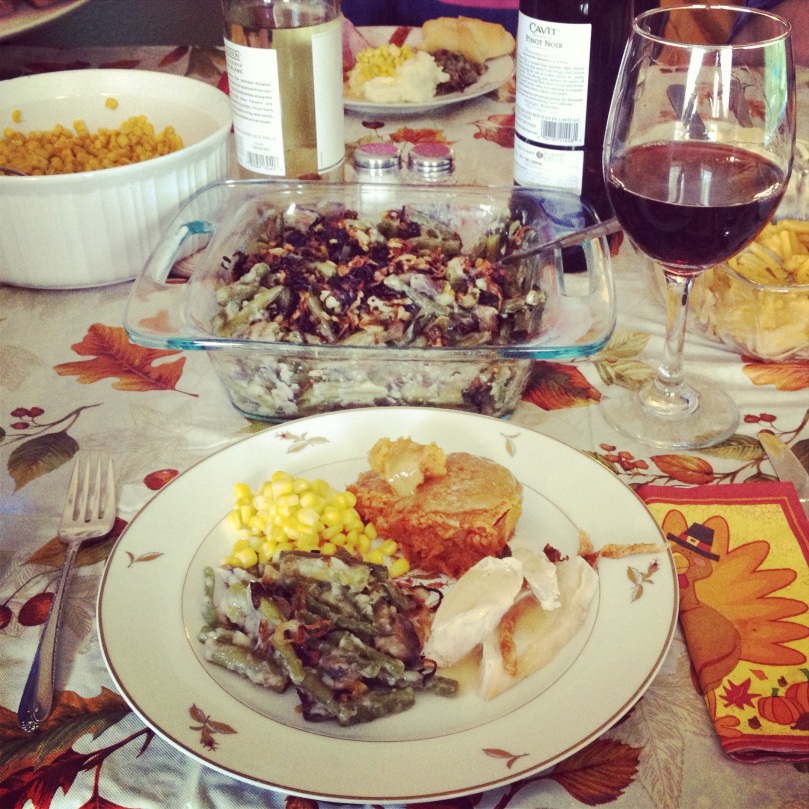 Thanksgiving #1 with Joey’s mom.  I should probably just stop trying to bring vegetables as I’m pretty sure I’m the only one who ends up eating them.  Lori is always so prepared by the time we get there at noon.  I don’t think I want to know what time she gets up to get the turkey so perfect. 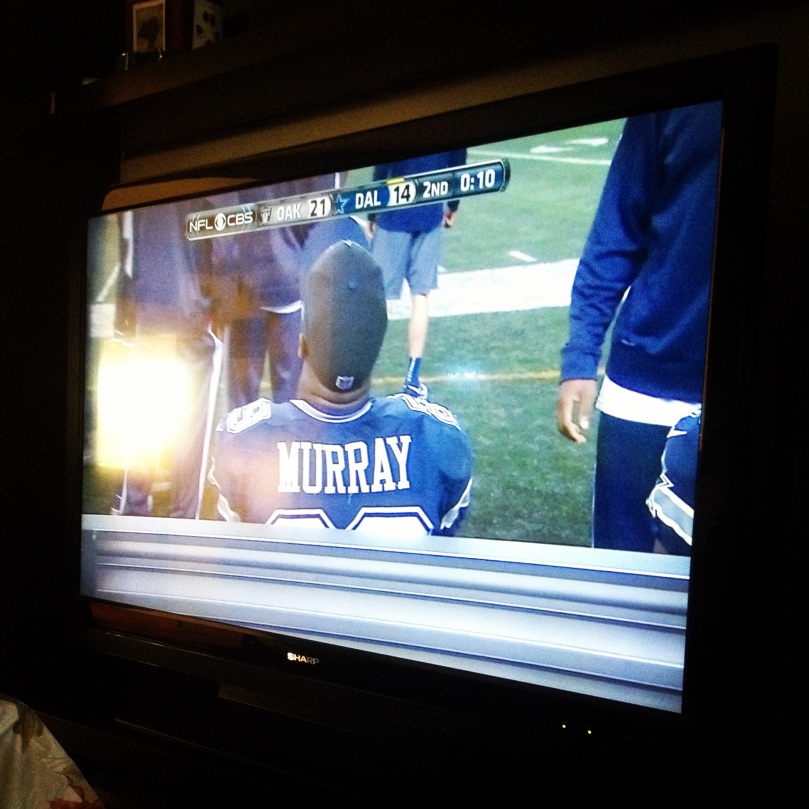 Then of course, the annual Cowboys Thanksgiving game.  My life would be so much easier if I was into football and I swear I’ve tried, but my eyes look at the screen and my brain immediately wanders off.  I think it might be an incurable disease.  The Cowboys did win at least.  I find myself hoping they win more and more often as it means I don’t have to hear complaints about how they lost 😛 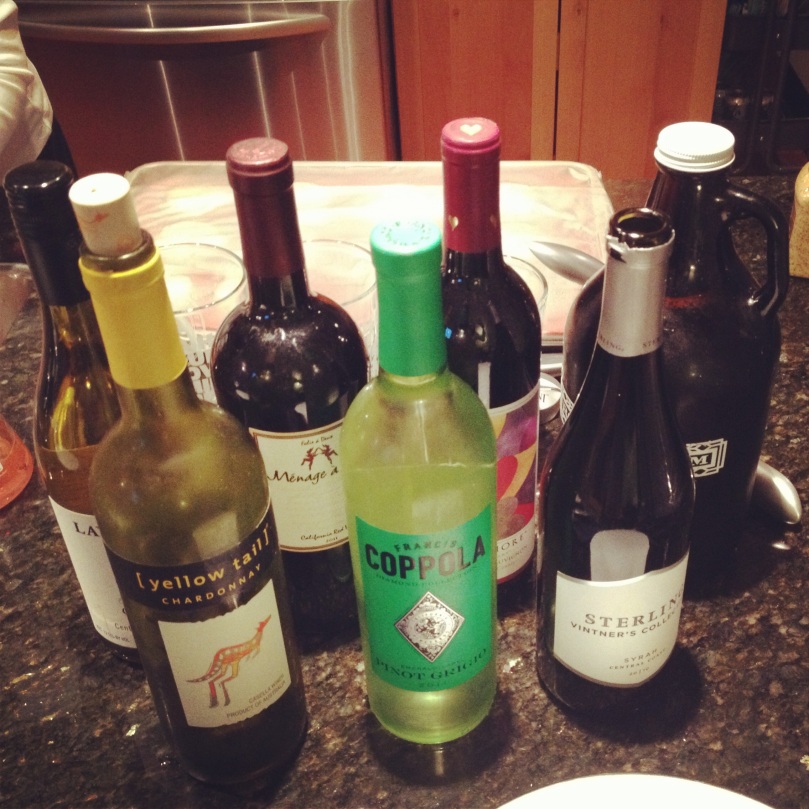 Later that night, we headed over to my parents’, where I think we had just enough wine.  I brought these (without the lemon butter) and these (with 3x as much mustard…we like mustard) and they both turned out awesome!  Plus my mom went all out as usual and everything was phenomenal.  We deemed it her best stuffing yet. 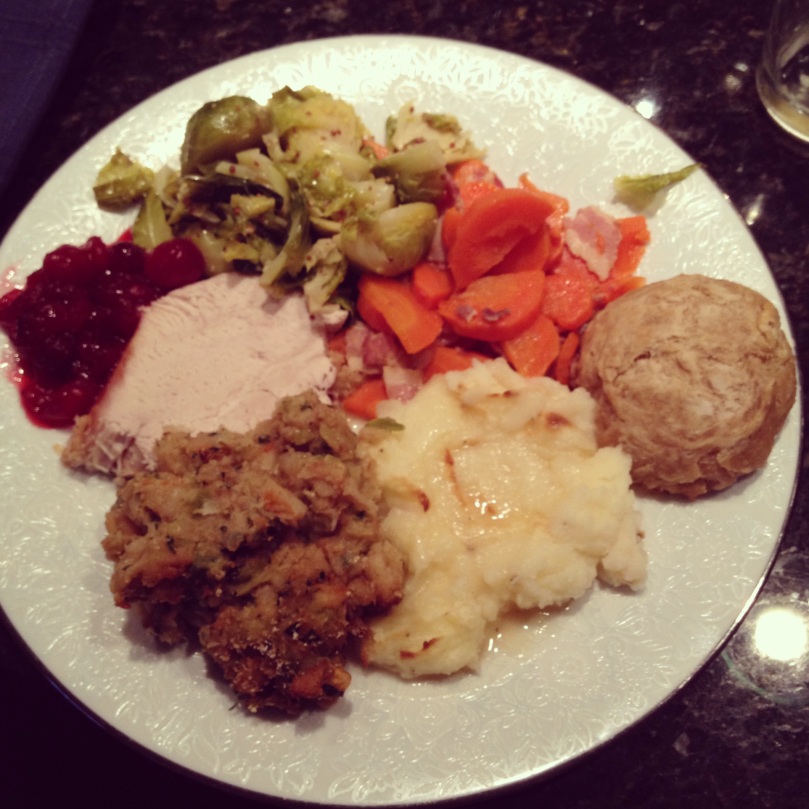 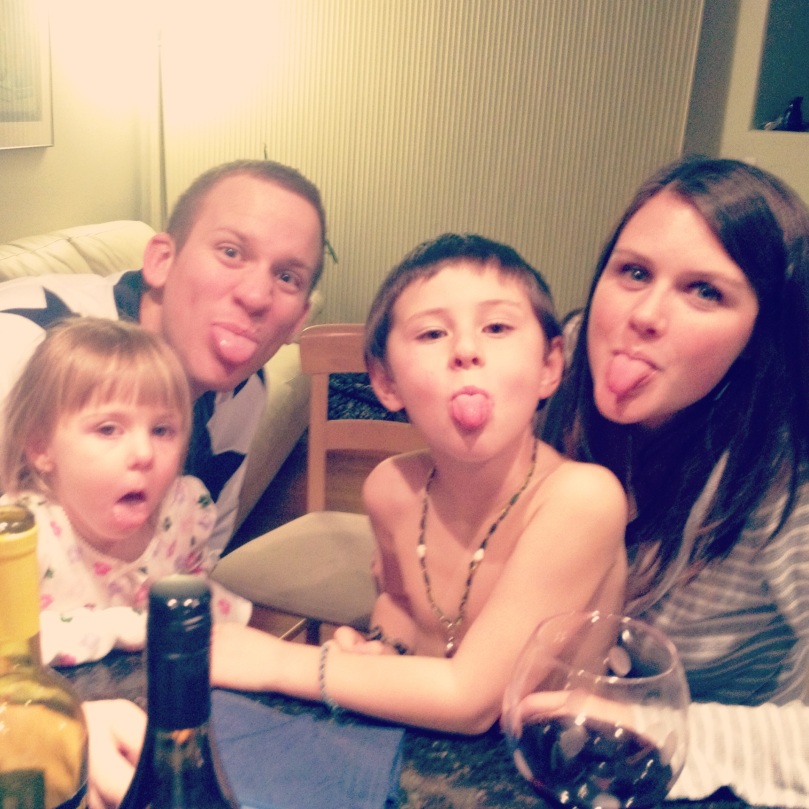 This is a picture of my sister putting a band-aid on my niece’s stomach because “it hurt,” aka she ate too much and was really full.  So adorable!  Also, my nephew obviously stripped down to his underwear within 5 minutes of being in the house and broke a wine glass halfway through dinner.  He’s a handful that one. 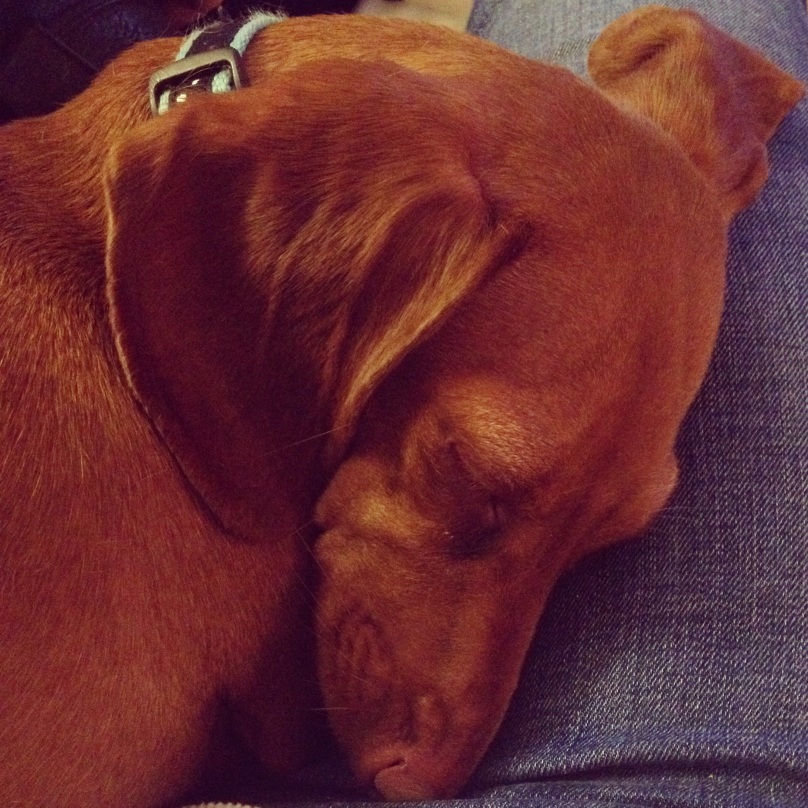 Even Bunny was exhausted at the end of the night.  Joey and I actually ended up going home and catching part of the James Bond marathon playing on the SyFy channel.  I was having a real Bond hankering and was so excited to see Goldfinger starting just as we sat down on the couch.  How cool is Sean Connery as Bond?  And that “Goldfinger” song is the coolest. 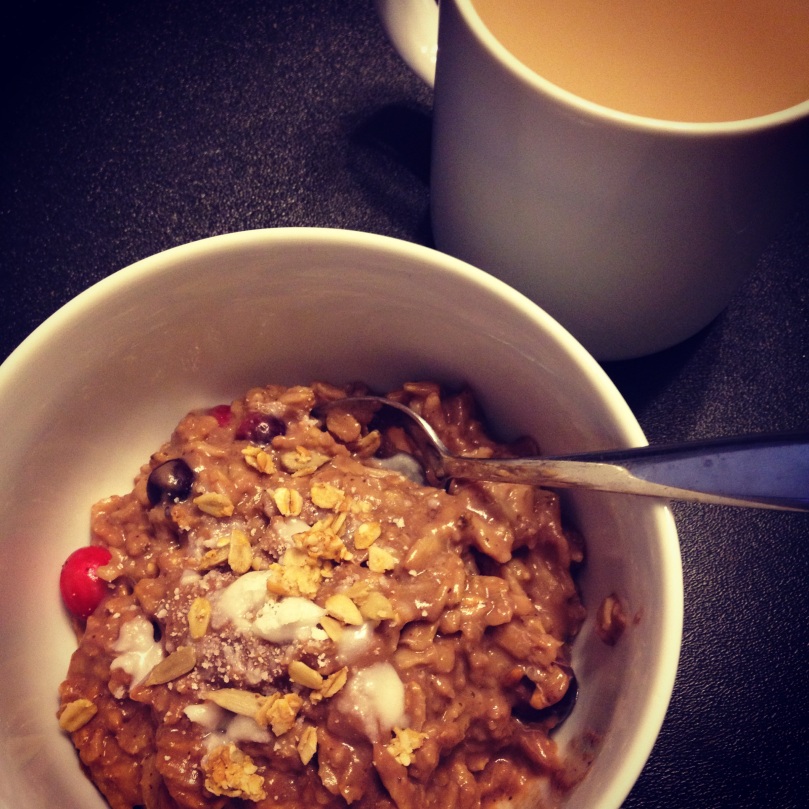 Black Friday has involved breakfast (because two Thanksgiving meals don’t ruin these appetites) and the Macy’s Thanksgiving Day Parade.  We always record and watch it the day after Thanksgiving.  It’s the perfect holiday hangover activity.  And because Joey and I are mean, we watched the whole show hoping one of the performers would fall when their float suddenly started moving.  No one did! 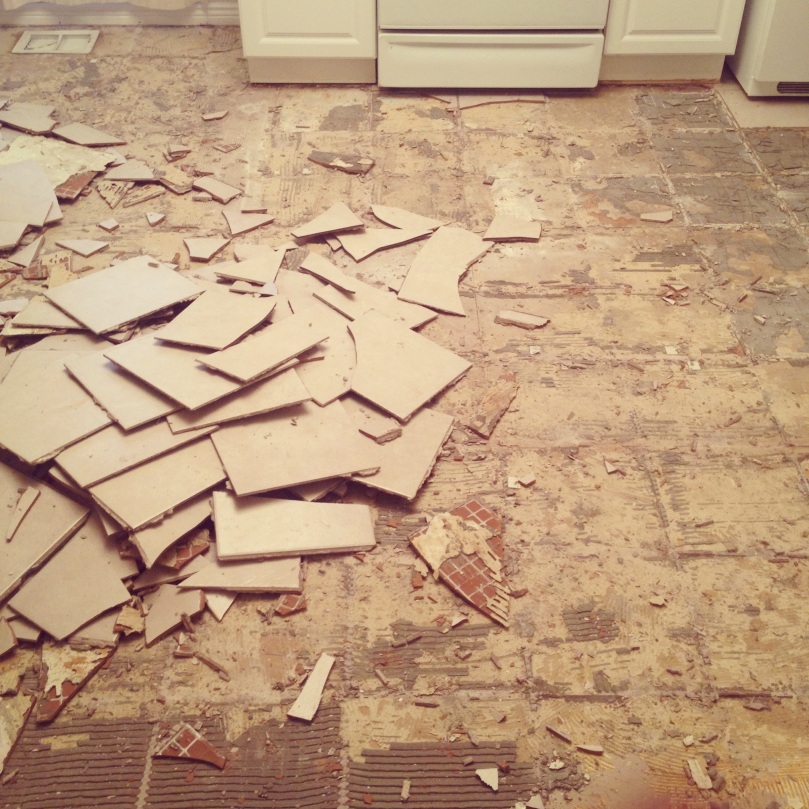 Followed by more housework.  Now we’re back on the couch watching The World is Not Enough.  Is Pierce debonair or what?  I’m hoping we can get our floors finished tomorrow so we can have some holiday weekend fun but even with all the work we have to do, I’m still feeling pretty thankful 🙂