As we speak, my cousin is on a plane back home to New Orleans and I am officially depressed.  When I was born, she and my grandma came to Colorado to visit and my mom still has the note she wrote after they left that said she missed me and “had only been crying a little bit.”  That’s basically how I feel right now.  It’s crazy, we grew up (and still live in) different states and yet when I’m with her it’s like hanging out with someone I’ve seen every day since I was born.  There’s no bond like the one between family members 🙂

Joey and I picked her up from the airport last Friday night and headed straight to Highland Tap and Burger for some late night dinner and drinks.  I guess it takes an out of town visitor to get us to take advantage of all the fun places we have nearby that stay open till 2 am.

Saturday was a big day… of wedding dress shopping!  This was perfect timing for Emily to visit because it meant I could arrange for all my bridesmaids (plus both moms) to be there for such an important, fun and kinda scary moment 😛

We fit in three appointments (plus Mimosa’s at the cutest café and lunch at Udi’s, naturally, in between appointments) and by the end, I was exhausted.  Who knew trying on dresses all day would take it out of you?  I also had a big decision to make between two beautiful dresses and while I think a majority of my entourage was rooting for Dress #2, I ended up getting Dress #1 a few days later and I am absolutely thrilled.  My mom burst into tears when I came out in it and Mom doesn’t cry easily.  It was the one.

I also tried on this fabulous blush mermaid dress and though it was stunning, I could barely walk in it and this girl must be able to dance at her wedding so that one was out.  Joey was not the slightest bit interested in seeing any of the dresses I didn’t buy, but I forced him to look at this one so I think I’m allowed to post it on the internet too, right?

We ended the day with a snowy dinner at True Food Kitchen.  I’m so glad we went there because everyone — including me and I’ve been there so I already know how good it is — was impressed and we got to drive through Cherry Creek, which is such a pretty area, especially when it’s all lit up in holiday lights.  Emily and I got some fresh juices to go along with our food and they were really delicious. 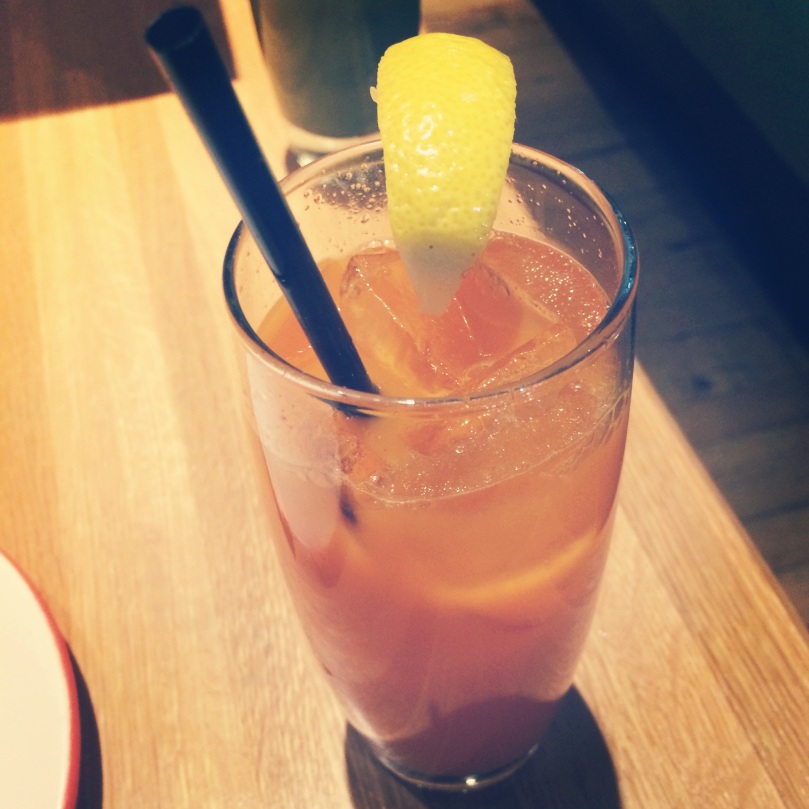 On Sunday, my sister came over and we took them both over to Hash for breakfast.  I’ll be honest, I wasn’t that happy with my meal the first time I went there but since it’s a mere 3 minutes from our house, I decided to give it another try and the second shot was much better.  Plus they have the best lattes (so creamy!).  Everyone loved it.

Afterwards, we were on a mission to get set up with ski rentals for the next day before my sister and I dropped the two football watchers off at our house and went to get our nails done.  We ended up at a new place near our house and while getting pampered in a nice cozy salon (especially when your last mani/pedi was months ago) is nice on a snowy day, my nails are already chipped and it wasn’t all that cheap.  Not sure if I’ll be back.  Oh and we made a quick stop at Cheesman Park so Em could see our wedding ceremony site.  Every time we go, it looks more and more beautiful 🙂

We ended the day with dinner at Biker Jim’s then an Avs game at the Pepsi Center.  We figured it would be fun to take someone from a hot humid city to a icy sporting event.  The Avs ended up losing in literally the final second and there wasn’t even any fighting, but we still managed to have fun.  I think it may have had something to do with the pitcher of hot chocolate we ordered into our box and the tiny hockey players they let out on the ice in between periods.

Monday was a big day!  Last time Emily was here we took her up to Breckenridge, rode the lift up the mountain and watched all the ski and snowboarders do their thing on the mountain and I think she’s been determined to ski since that day.  I’ll be honest, I was not excited.  I don’t like cold and I don’t like doing things that I could potentially make a fool of myself doing, but you know what?  I ended up having an amazing time.  And I was actually kind of good at it!  Much to the annoyance of Beanie and Emily who may have done a fair amount of falling.  Considering my resolution this year was so say yes to things I’m scared of doing, this felt like the perfect end of the year event.  I could potentially be persuaded to try it again… but not till next year. 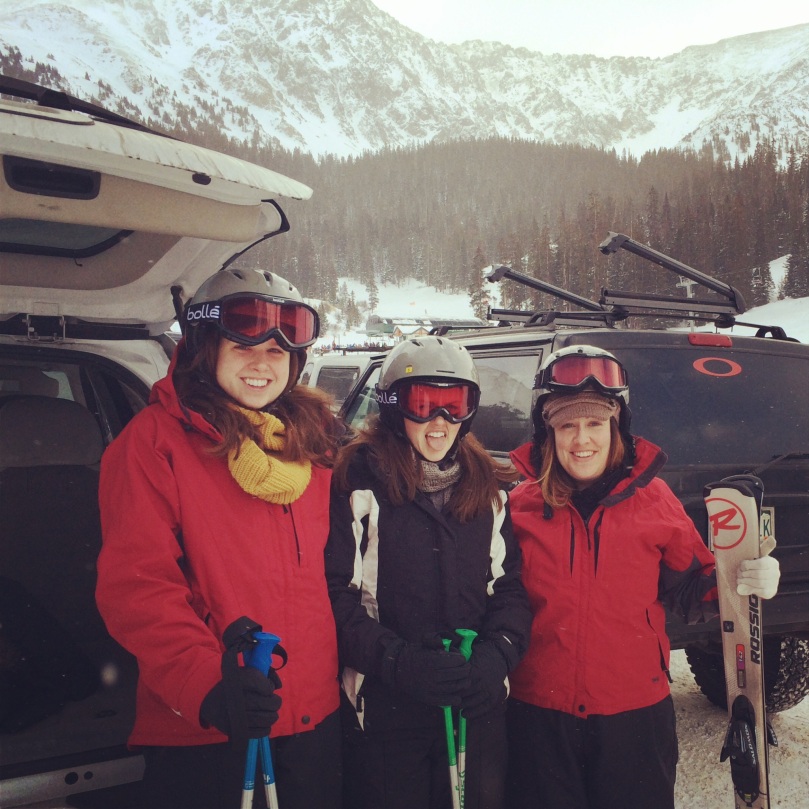 We made a quick stop at the continental divide on the way back.  The wind was freezing cold — who are those two idiots who didn’t put their big jackets back on before getting out of the car?!– but man is that a beautiful sight!

We were back home by 4 PM, just in time to buy my dress (!!!!!!) and have dinner at La Loma.  Sadly, it wasn’t the best night for their service.  The food seemed to take for.ev.er. and a few people had plates of food that weren’t even hot.  I had a margarita and a plate of the biggest shrimp I’ve ever seen in Colorado (they could rival some of the stuff I’ve eaten in Nola!), so I was happy but I’m starting to think that place isn’t as good as I (and all their Yelp! reviewers) originally thought. 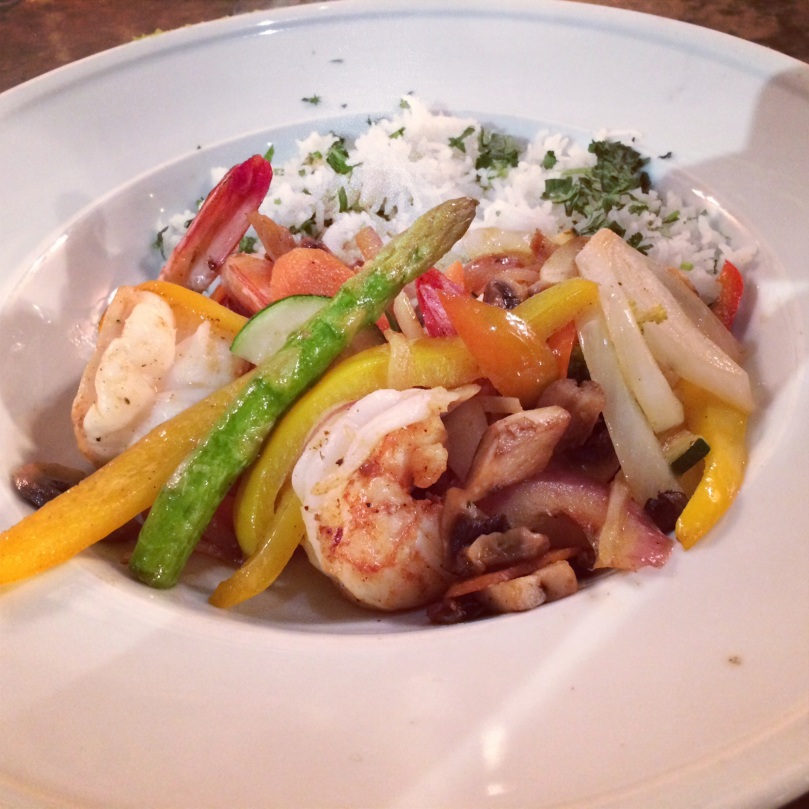 Tuesday involved me actually going into work (it felt weird after being off for so long) and the celebration of New Year’s Eve!  I don’t think I’m alone in saying NYE is always such a let down.  We wanted to do our new city justice and show Emily a night out in Denver so we made plans to go to Punch Bowl Social.  I was expecting it to be a crazy busy mess, but we got there early and it was actually bordering on dead, but filled up pretty nicely by the end of the night.

They have a bunch of games, including bowling lanes that you can reserve for an hour.  I convinced my sister and Jenn to come and felt so so happy to have so many loved ones in one place.  So happy that I even agreed to bowl.  Turns out Joey’s only an average bowler without his own ball and shoes.  Okay those are his words, I still thought he was better than everyone else.  At midnight, Joey and I made Emily our NYE kiss then flagged down a cab (that had a random single person in it already?) and were in bed by 1 AM.  Next year, I’m ordering pizza and having one beer. 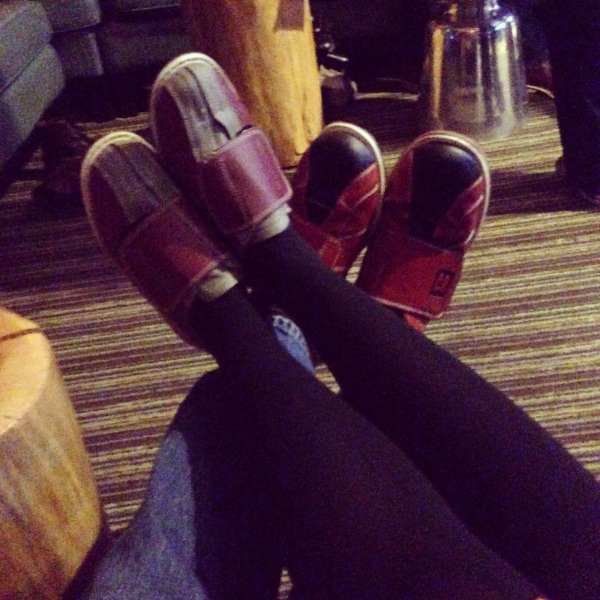 And in case you needed some reassurance that I’m a 40-year-old trapped in a 24-year-old body, I was so out of it for the entire next day.  Actually, we all were.  We drove into Boulder for breakfast and basically spent the 40 minute drive (both ways) in silence.  Zombie alert.  Which means spending the rest of the day on the couch was in order.  We ended up watching Blackfish and holy moly… I don’t even know where to begin.  I am horrified, disgusted, traumatized and yeah, NEVER going to SeaWorld again.  If you haven’t seen it yet, you should really give it a watch.

Does anyone else celebrate New Year’s Day with a fancy family dinner?  My mom has always been big on that so even though she is sick and barely has any voice, she still managed to whip up hors d’oeuvres and an amazing surf and turf meal.  She is simply incredible.  I was in charge of dessert and took the easy way out… a Whole Foods Chantilly cake.  Half of it is still in my fridge.  That counts as dinner, right?  P.S. Joey is the dog whisperer. 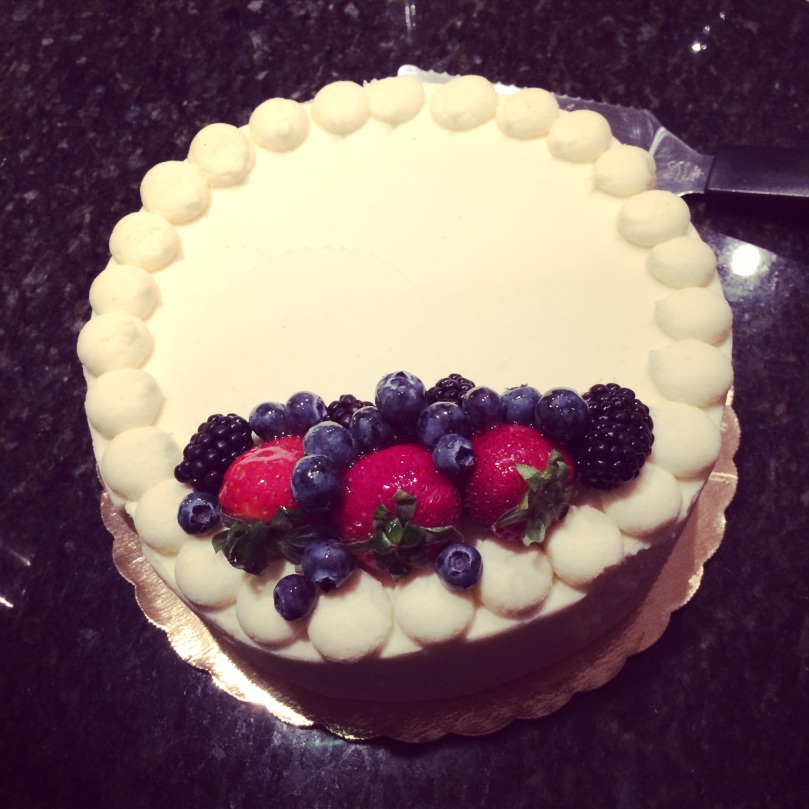 I decided we needed one last hurrah before she left today so I planned for us all to have brunch at Snooze.  I figured it wouldn’t be busy on a Thursday at 11 AM.  I was wrong.  We waited 45 minutes for a table!  Every time I go there, I’m secretly hoping it will suck so I can convince myself that the wait isn’t worth it but damn it, that place is always so good.  We all ordered savory dishes but got a flight of pancakes to share amongst the table.  The sweet potato pancake is what heaven probably tastes like. 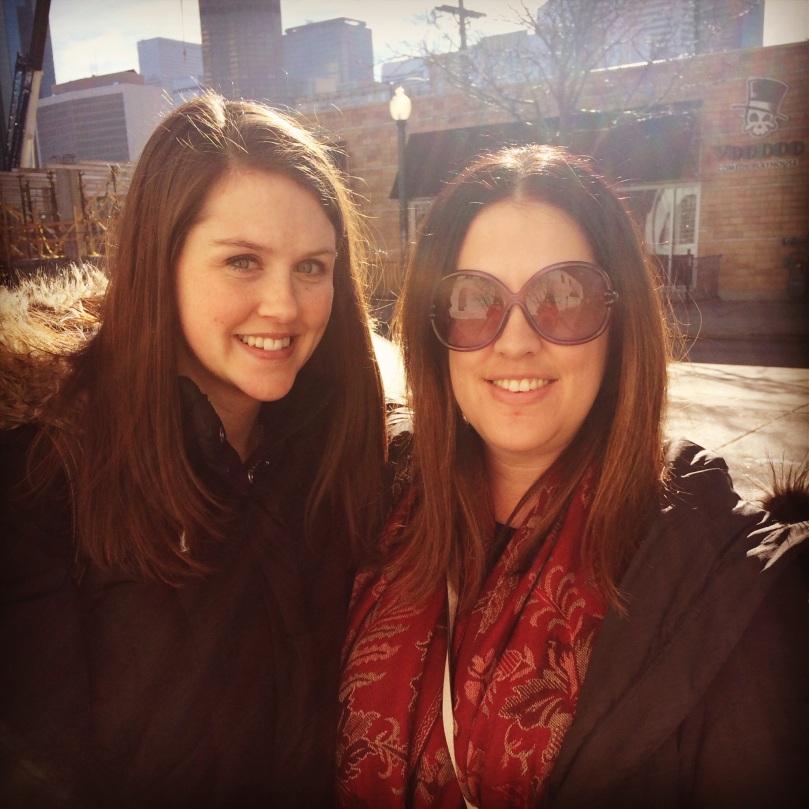 Now I’m home and my life feels a lot quieter and a lot sadder.  This will definitely go down as one of my favorite vacations ever, and it wasn’t even my vacation.  I think our first out of town guest hosting gig was a major  success and while we certainly aren’t experts yet, I loved showing off our beautiful state and our new neighborhood.  Emily, you’re welcome back any time, but until then, I’ll only cry a little.

8 thoughts on “A Vacation To Remember”