Did you know last Friday was National Peanut Butter Day?  I was obviously prepared, but somehow managed to go the entire day without eating any.  I promise I’m as disappointed in myself as you are.

I was all set to spend Friday night at home, cooking dinner and watching a movie, then Joey mentioned going out to see a movie and I was suddenly all “Happy Hour, movie theater, spend lots of money!”  Root Down did not disappoint and we are pretty pumped for summer when we can walk there! 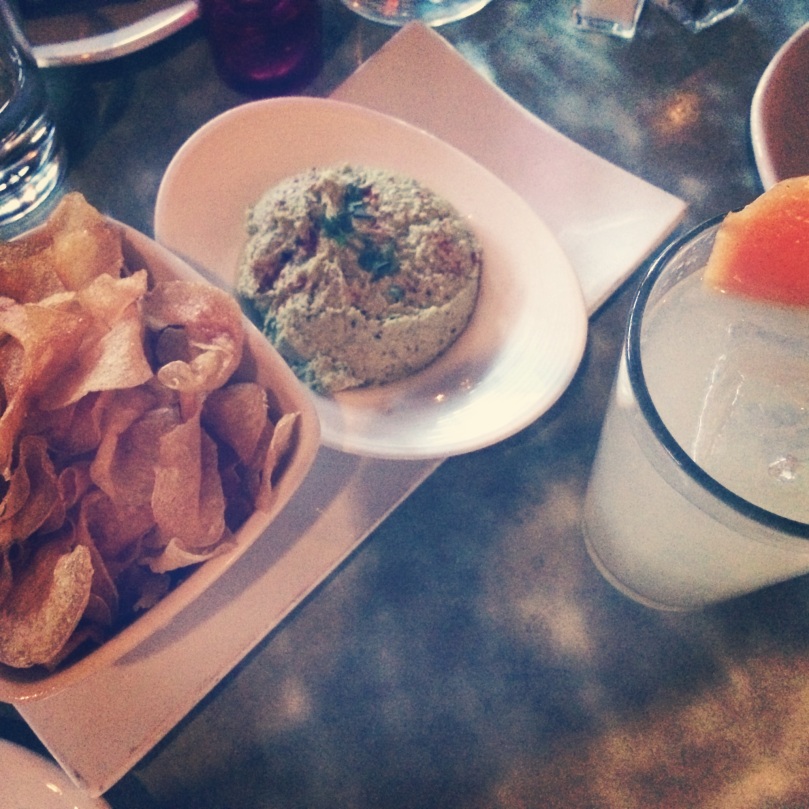 Joey played an alumni basketball tournament on Saturday.  He played 5 games in a row then took a 3 hour nap, but his complaining of being sore has been surprisingly minimal.  This is progress.  Meanwhile, I try to avoid anything that involves the word alumni. 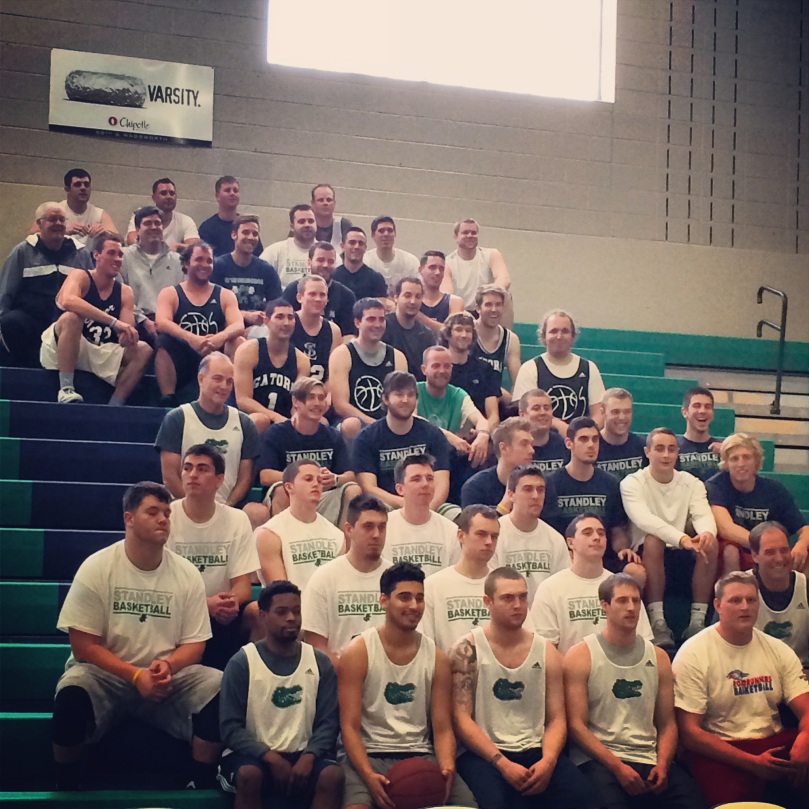 Sunday involved brunch downtown with Hannah and Josh.  We hadn’t really seen them since before Christmas so it was especially nice to catch up over Bloody Marys, Bellinis and brisket.  Justin Timberlake is part owner of the restaurant we ate at so everything was all Southerned out.  I just created a verb there.

Other weekend tidbits included Captain Phillips, designing our Save the Dates, bottling our beer and of course, the Grammys!  The older I get, the more I question the talent of the nominees.  And I had a lot of thoughts about the whole thing.

1. Pharrel’s hat!  Okay, he took that right off Smoky the Bear, right?  It totally stole the show and I’m so glad he won so many awards because it meant seeing him on stage in that thing so many times.

2. Did anyone else notice it looked like Lorde had black ink all over her hands?

3. If you haven’t heard my Robin Thicke rant, consider yourself very very lucky.  I’m sorry but I can’t take someone talking about women that way seriously when they have been married to their high school sweetheart for 10 years.

4. John Legend was incredible.  His voice is the definition of magic.

5. We could’ve down without at least 8 of those head whips Taylor Swift did.  She also RUINED that Kendrick Lamar/Imagine Dragons performance.  “Down in the front!”

6. WHERE WAS JUSTIN TIMBERLAKE??

7. Paul McCartney & Ringo on stage at the same time makes my heart happy.

8. I’m not sure I really like Macklemore & Ryan Lewis (what is that hair cut??), but the message they promote in “Same Love” is one of the most heartwarming things I’ve ever heard and despite Madonna being dressed as a 1970’s pimp, that wedding ceremony was so touching.

9. Did anyone else see that guy spit on the stage during the Nine Inch Nails/Queens of the Stone Age performance?  What is it with men and spitting?

10. Honestly, as much as I love award shows, the Grammys seemed SO long this year.  Did anyone else find themselves begging for it to end?