Gosh this weekend was good.  I can’t say anything life changing happened (unless you consider a lavender mimosa to be life changing and I kind of do…), but it was just one of those weekends where you don’t have too many concrete plans or serious expectations and everything just ends up being fun and easy and productive. (I recently read some article about things we become obsessed with in our 20’s and “having a productive weekend” was one of them.  It was spot on!)  I felt like I had a smile cemented on my face and I just kept thinking how sweet life is 🙂

Also, lately I’ve been caught in this limbo between wanting time to slowwww dowwwwn (I LOVE summer!) and wanting it to speed up (till, say, September? :P).  It’s very confusing :O

We mailed out our wedding invitations on Friday!!!!!!!  I’m still pretending the group of people standing outside in the same parking lot as the mailbox thought it was totally normal that we took a picture of us putting envelopes in the mail and then high-fived.

Another night, another Rockies game.  I still can’t get over how cool it is that we can be sitting at home one minute, decide “okay, let’s go to the game” and be at the park five minutes later.  It was kind of raining on and off in the beginning but the rain let up and we managed to win.  Schweet. 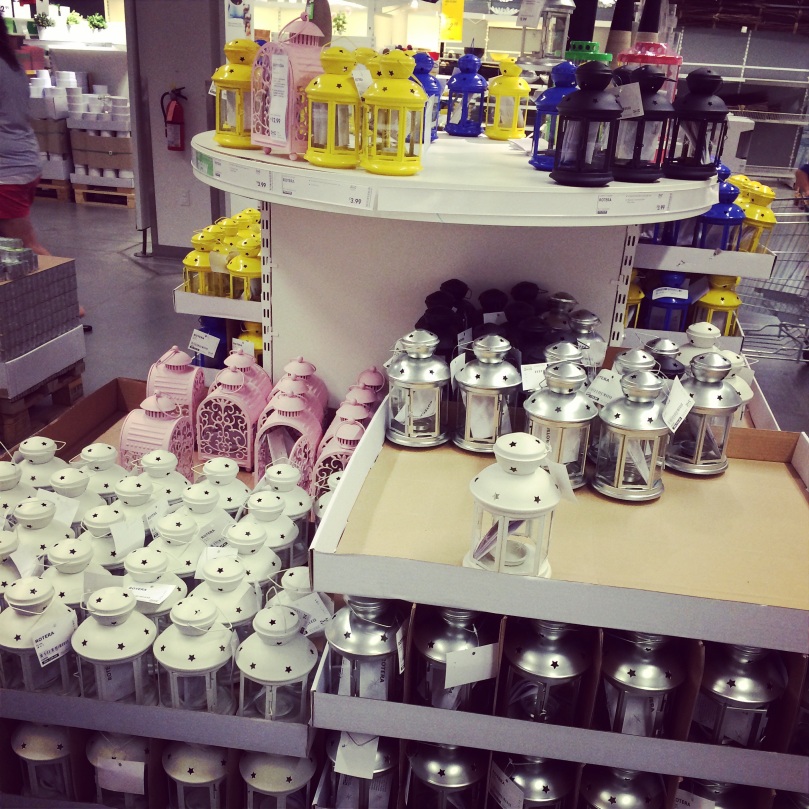 Saturday started with a trip to Ikea — no wait, it started with sleeping in.  I think we both felt so behind on sleep and it was nice not to have any morning commitments.  Okay, one trip to the coffee shop and two iced coffees later, we made it to Ikea.  I think we’ve finally become Ikea pros and this trip thankfully went surprisingly smooth.  I can’t say that’s always been the case in the past… We left with some wedding goodies 😉 and a few house organization things.  All of which I’m really excited about!

Afterwards, we went to pick out wedding rings!  Actually, we mostly went to pick out Joey’s wedding ring.  I’ll explain about mine in a later post 😛  He currently wears zero jewelry so we both think wearing a ring everyday will probably be weird.  He picked out a few he liked that our jeweler is having brought in to try on.

Oh and the jeweler happened to be in the same shopping center as Trader Joe’s so I obviously dragged us in.  We bought some bread and a few frozen things and decided that place isn’t as great as everyone thinks.  We did get a free grocery bag since it was our first time in the store though!

Once we got back home, Joey headed to the office for a few hours (boo!) and I went on a caffeine-induced cleaning spree.  Our house was starting to feel gross and needed a serious scrub down.  I mean I don’t know if cleaning the dust off the top of the fridge was necessary but seriously, I had too much energy.  It felt so much better afterwards.  Although, I’m sure it will only last a few days.

Once Joey got home, he cooked us up some green chili cheeseburgers and grilled corn plus our newest homebrew (which needs just a bit more time to carbonate) and we relaxed on the back porch before planting ourselves on the couch in front of a movie.  We watched “The Trip” and I seriously loved it.  We were laughing so hard in some parts.  And I just learned there’s a sequel.  Yes, please!

Sunday brunching!  I swear I’m drinking a lavender mimosa and not a glass of water, or worse, vodka.  We met up with Bobby and Becca for food and to hear all about their trip to Jamaica.  Joey and I showed up early because we figured it’d be crazy busy at 11 AM on a Sunday but we showed up to no wait and our pick of tables. 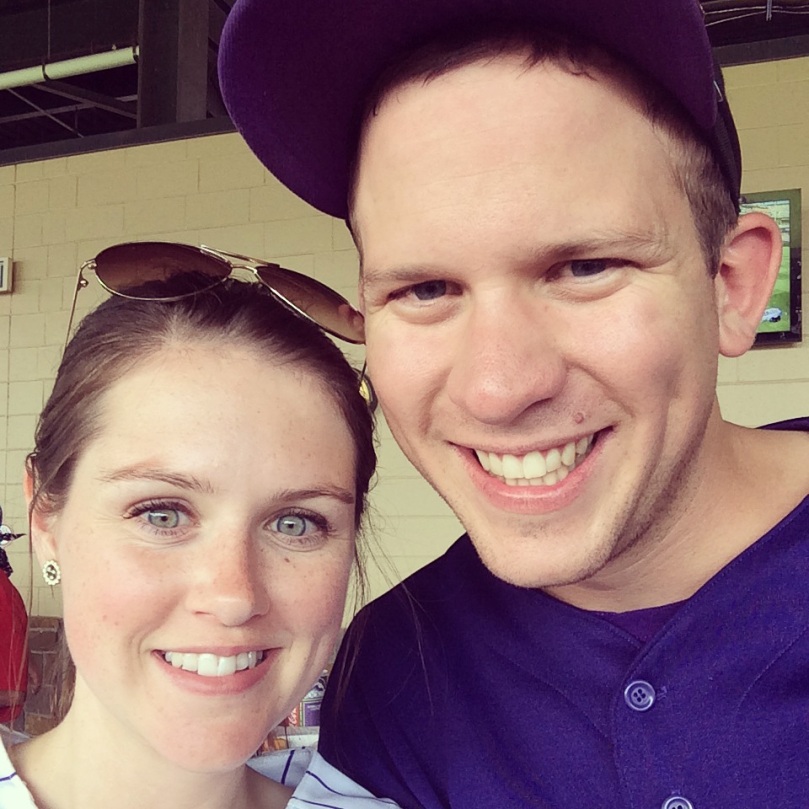 The game time temperature was 75 degrees but I swear it felt like 105.  Remind me not to run, bike and sit in the sun all in one day.  So hot and sweaty.  It started to sprinkle on the bike ride home and it felt so good! 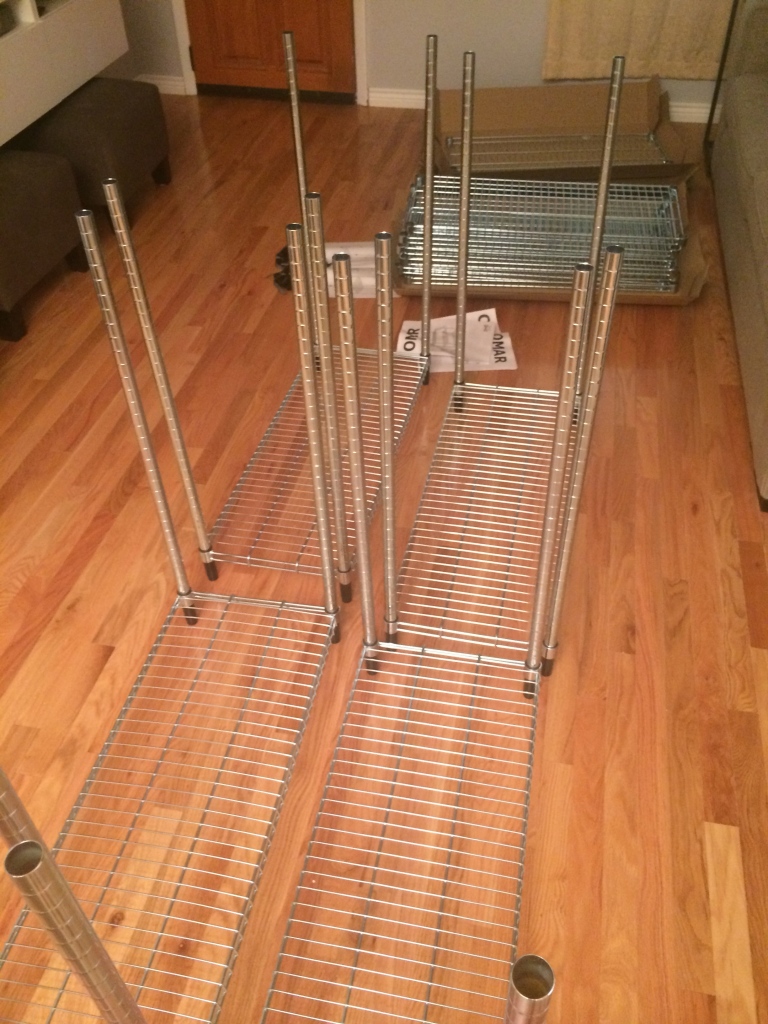 After the game, I left Joey at home to build our Ikea shelves for the basement.  Yay for storage and organization!  Meanwhile, I went to the grocery store and almost decided to just move in there because it was so cool and refreshing.  Back home, we heated up leftovers, watched Big Brother and Food Network Star (was anyone else sad that Chad wasn’t the one who got to rejoin the competition?!) and got into bed early (who am I?).

If every weekend could be as good as this one, I wouldn’t mind 🙂