Actually, it’s #BreakingBreck15.  What, your weekends don’t have hashtags? 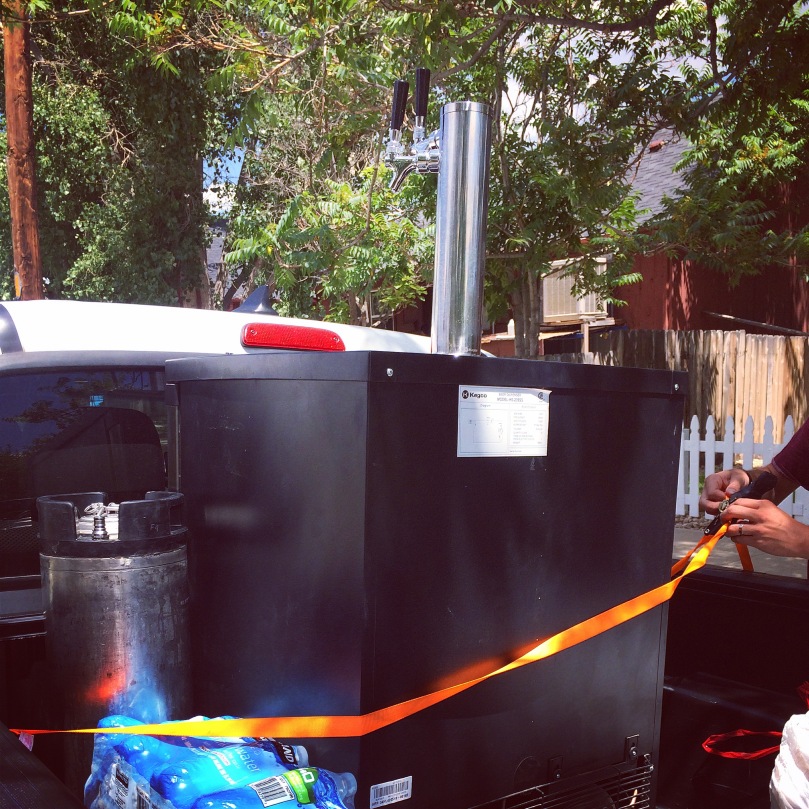 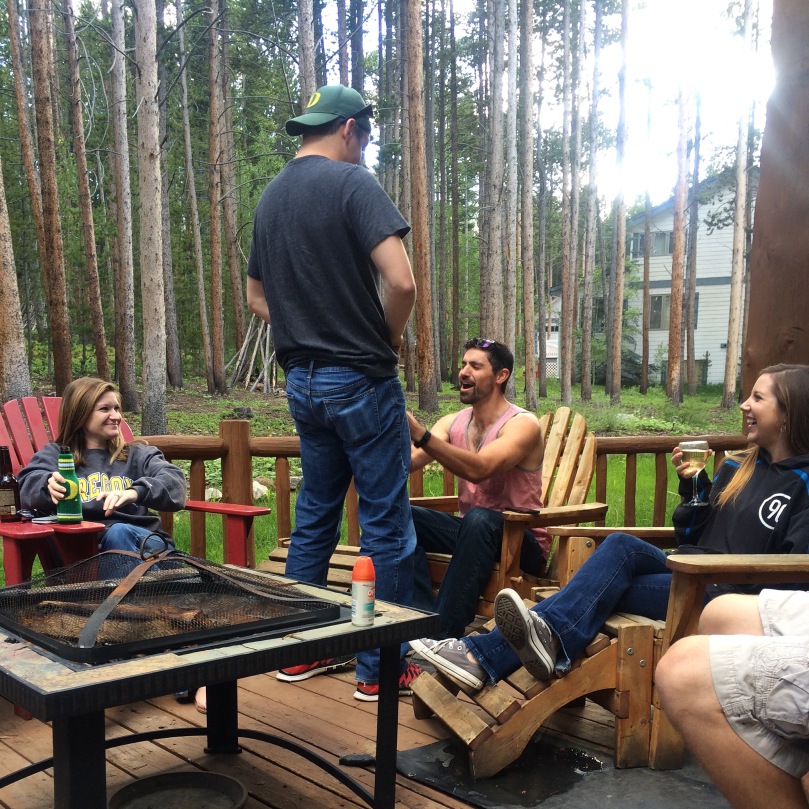 Just… don’t even ask.  Okay fine, what’s really happening is that Stefan is using the bottle opener on Troy’s belt and I just happen to have the best timing when snapping pictures.  Joey and I brewed an American Amber just for the trip and it turned out to neither look nor taste like an Amber but oh well.  We strapped in the kegerator and made the drive into the mountains on Friday afternoon and then the fun/relaxing began. 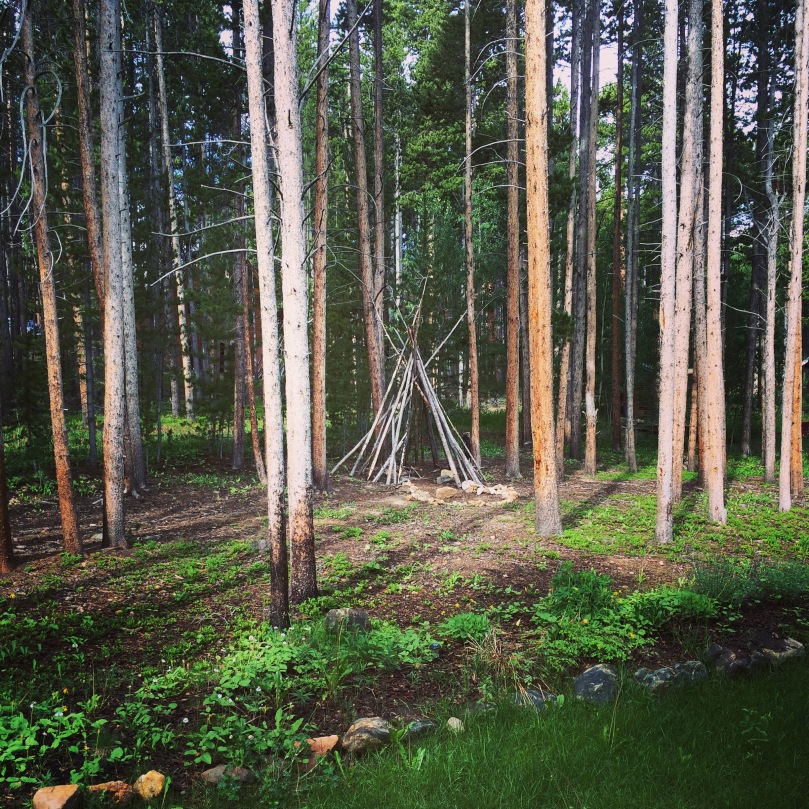 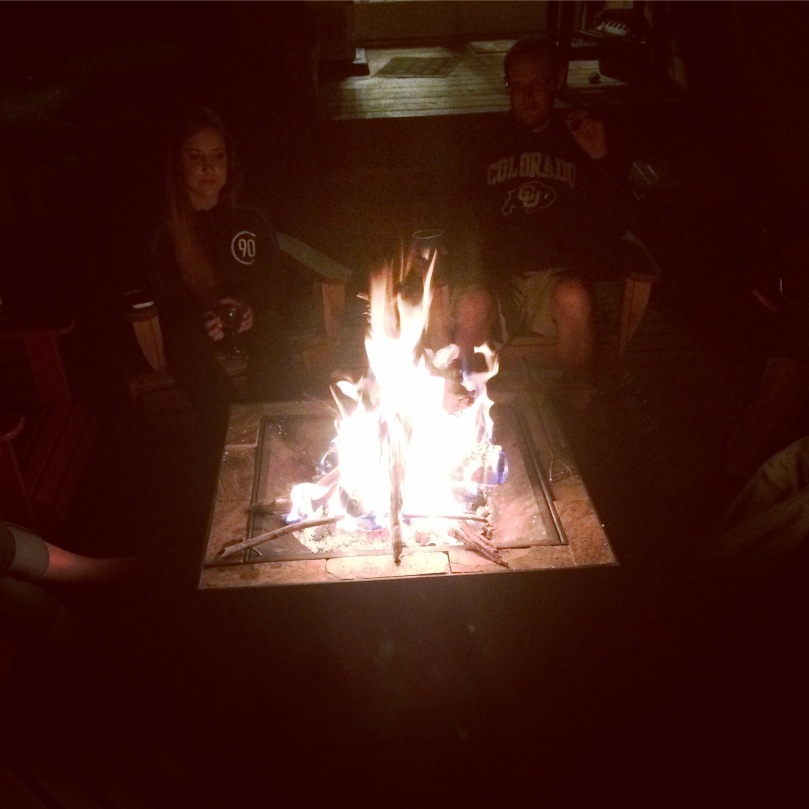 Our cabin had an awesome outdoor porch set up, complete with fire pit, chairs and hot tub.  Plus a teepee in the woods just behind it.  We even saw a little fox traipsing around out there!  After we all got settled and had some time to hang out on the porch, we started on dinner, ate family style at the dining room table, busted out a surprise birthday cake, started up the fire pit and played Catch Phrase before deciding it was hot tub time.  In a word, perfect. 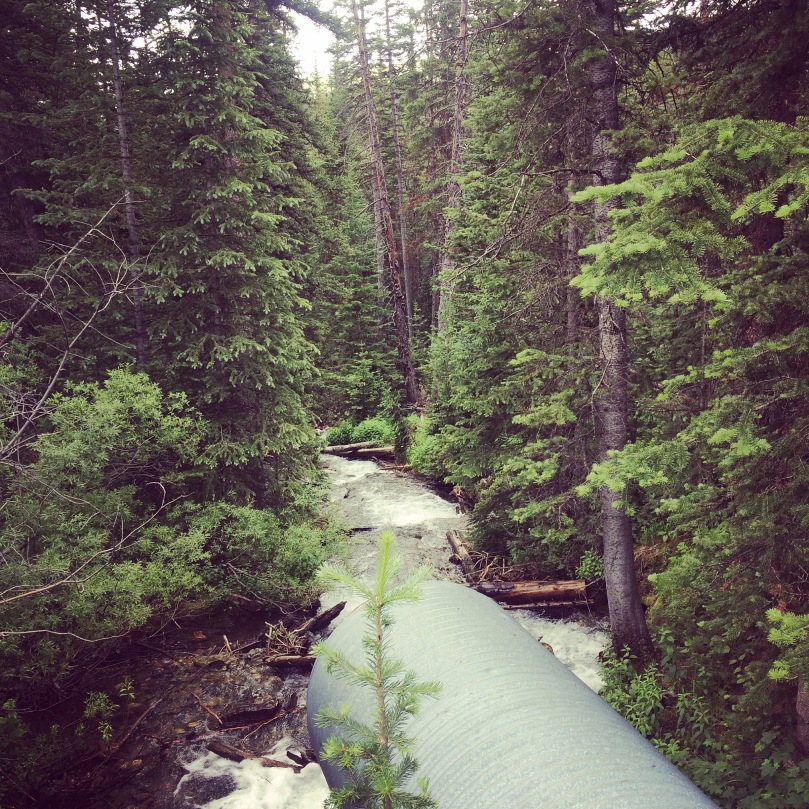 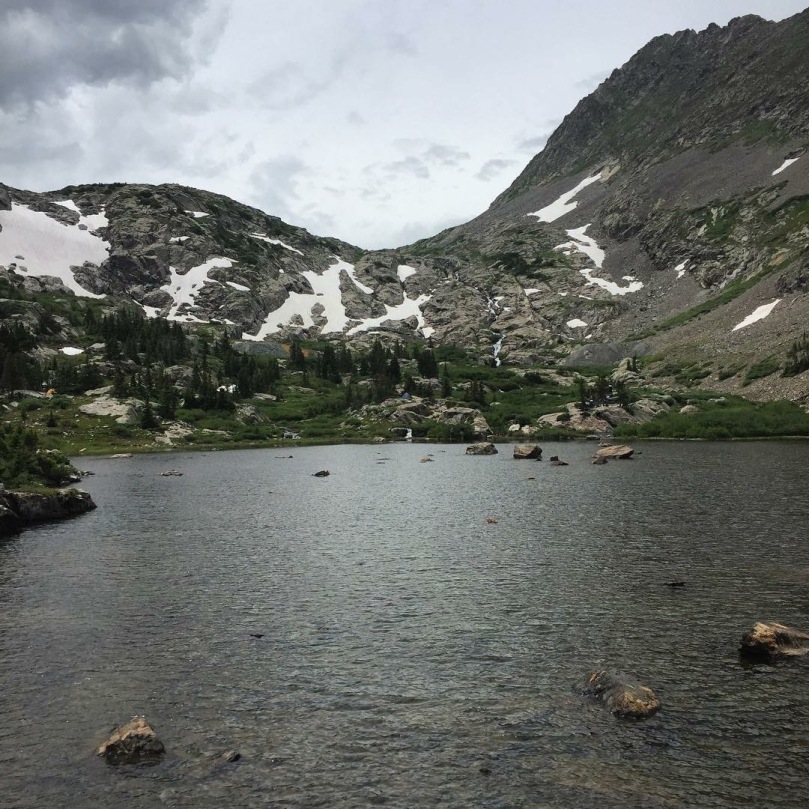 Insert an “easy hike” that took up most of Saturday (of course there was time for mimosas and breakfast beforehand).  We didn’t really know what we were getting ourselves into when we set out on said hike, but it turned out to be a lot further, more intense and uh rainier than we’d expected.  I don’t know how many times I heard “we’re almost there” but it was enough to stop believing it.  When all was said and done (and I had feeling back in my arms — whose idea was it not to bring jackets??) we still had a ton of fun.  Plus we found a piece of wood that looked like a seal, an old wooden cabin and plenty of picture taking opportunities.  So: worth it. 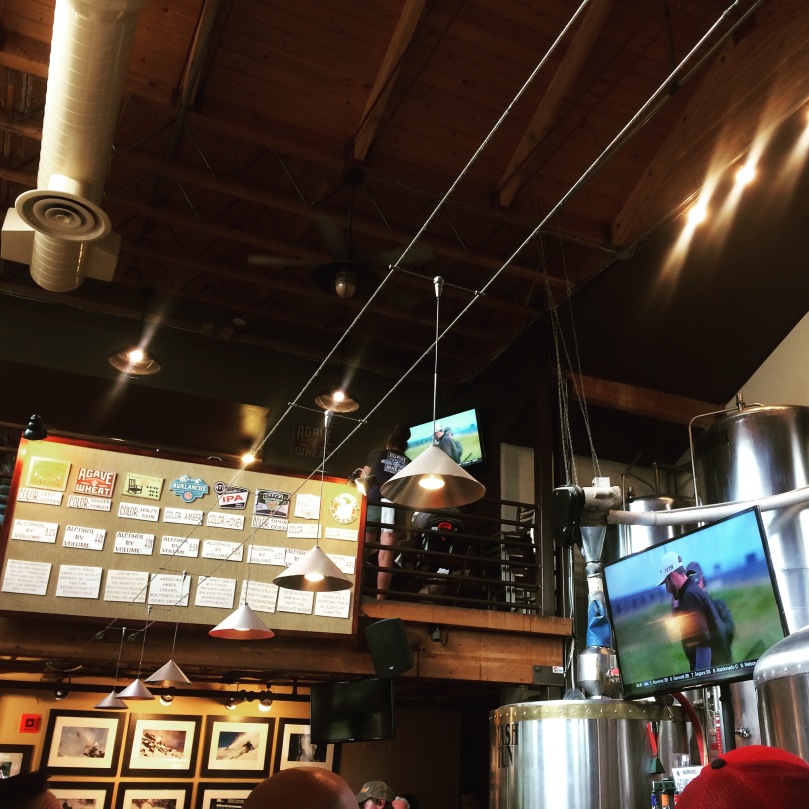 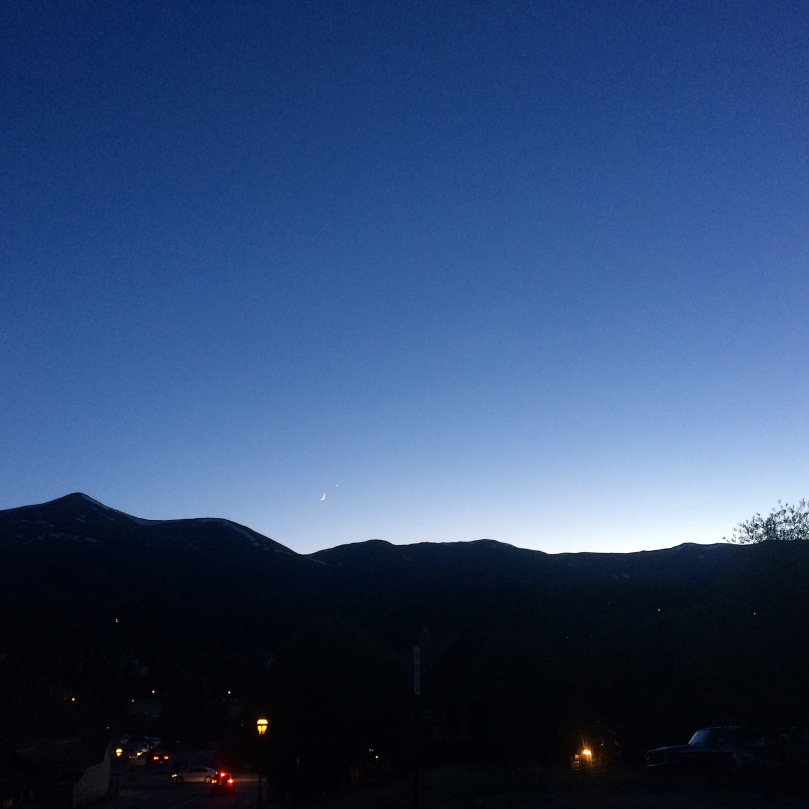 Once we were all back at the cabin, we showered, made a dinner plan and set out for the town.  You would think Breckenridge Brewery would be a safe place to get a beer (and it was!) but food?  Not so much.  A bunch of us got pulled pork sandwiches or burgers and it was a unanimous let down.  I think Joey said it best when he announced his burger was “SO DRY, NOT GOOD.”  Afterwards we did a little bar hopping then headed back “home” for s’mores, pool, loud singing of Ashley Simpson and a bedtime that was about 3 1/2 hours later than normal.  When in Breck!

We had to be out of the cabin by 10 AM the next morning, so we packed up, said our sad goodbyes and headed out.  We made it home by 1ish, then lounged until 5 PM when we headed over to my parents’ for dinner.  As I JOKINGLY described the corn my mom had boiled as “SO DRY, NOT GOOD,” to a table of blank faces, I realized inside jokes are probably left… inside.

Till next year, Cabin Crew!