Hi!  I usually don’t say this, but Halloween Weekend, please don’t go!  It’s just that this weekend was the best combination of holiday spirit, beer drinking, perfect weather, donut eating and friend time and I really didn’t want it to end.  But I guess things on this side of Daylight Savings Time aren’t so bad.  It’s Monday but I woke up and the sun was already out, instead of it still being nighttime, so I’ll take it.

Yelp is killing it lately by offering me tickets to fun shows.  I got this little email alert on Friday afternoon and even though my first thought was “ugh, I just want to relax at home though,” a quick pep talk from Joey made me realize going to a free show actually sounded pretty fun.  And then I took it one step further and decided we should act like young Denverites and go out for a beer nightcap afterwards. 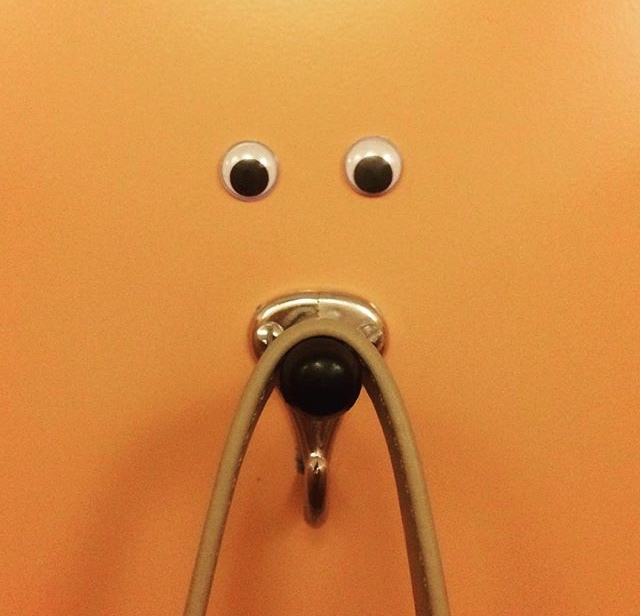 And UM, the show was soooo good.  It started out a bit slow but ended up being so funny.  It was called Murder for Two and was basically a “whodunit” murder mystery musical, except there were only two cast members!  One of them played the wannabe detective and the other played all nine suspects and he killed it.  We were laughing so hard at some points.  Highly recommended!  P.S. The bathroom stall door was staring at me…

Post show, we took ourselves to a new-to-us brewery in Five Points.  Look, I get that it was for ambiance, but it was just a little too dark in there.  I got their fresh hop beer (because I’m apparently on a mission to drink all the fresh hop in Denver) and it was good but certainly not my favorite.  All beer and lighting shortcomings aside, the bartender was really friendly and the place was spacious and clean.  Overall, a good experience.

Saturday started with… DONUTS.  Guys, I’m just on the donut diet, don’t worry about it.  We hit up this vegan bakery to see what they were all about and because I follow them on Instagram and Halloween was the last day to get a spooky donut.  We shared a double chocolate, chocolate pumpkin, vanilla and maple pumpkin and liked the double chocolate best.  They also do a Pumpkin Spice Latte that I obviously had to try.  We liked the place, but baked vegan donuts just don’t taste like the real thing, do they?

Post-sugar binge, we cleaned the house and while Joey was out buying toilet cleaner (yum…), I was just dressing up Curtis Cow for Halloween.  I’m very mature, okay?!  I also forewent pumpkin carving this year, so while Joey carved his, I painted my nails “Lincoln Park After Dark,” aka pretty much black, and we watched Monsters University.  Just a couple of adults watching an animated movie.  I still can’t figure out why anyone would think a child would understand college concepts like choosing a major, dorm rooms or fraternities.  Nice try, Disney/Pixar, but no dice.

Oh and I also flipped through this!!!!  I’ve been so antsy about getting my first Bon Appétit magazine in the mail for weeks now and it finally showed up.  I’m not going to lie though, I was slightly underwhelmed by the content.  I didn’t feel like there were that many actual recipes in there.  I’m hoping it’s a fluke.  Though I did dog-ear the recipe for a Pumpkin Caramel Tart with Toasted-Hazelnut Crust that I thought sounded perfect for Thanksgiving.  Which, for the record, is only 23 days away.  If already being excited is wrong, then I don’t want to be right.

We were out of tea lights but happened to have a glow stick on hand?  Worked like a charm!  Hannah and Josh came over that night for chili, cornbread, Moscow Mules and Josh’s first ever viewing of Ghostbusters.  If you’re thinking “HOW IS THAT POSSIBLE?!” then I’m right there with you.  I had secondhand embarrassment for the outdated special effects, but I think he was impressed otherwise.  P.S. Girl time with your bestie when you haven’t seen her in months and she has a million crazy nursing school stories to tell you is seriously the best. 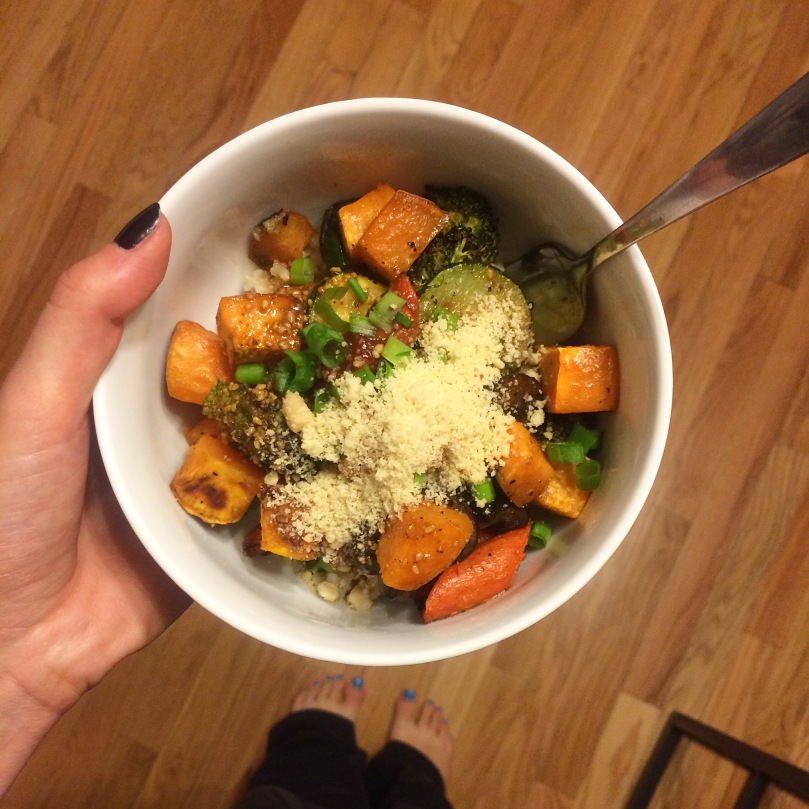 Sunday was so loungy and relaxing and perfect.  I woke up and made us a polenta scramble for breakfast (that I’m gonna share later this week!) and then while Joey was off watching football, I went on a 4-mile run in Colorado’s perfect 70° weather.  I don’t even know where the rest of the day went, but I know I took a nap and Joey was nice enough to not even yell during the Cowboys game so that he wouldn’t wake me up.  This is true love.  And also, this is true love with that vegan roasted veggie bowl up there.  Favorite dinner and best way to end the weekend.

P.S. My parents were the cutest massage therapists ever on Halloween!