Come winter, Joey and I become movie theater dwellers.  And you have no idea how happy it makes my little heart to live in a city with funky old theaters that show lesser known films.  Not that I have anything against the more popular blockbusters (because we totally see those too), but the smaller pictures are just so much more creative and interesting and I haven’t already seen 90% of the important parts in the overplayed trailer.

We kicked off our 2015 movie season with Room on Saturday night at the Mayan Theater.  I invited my sister and Wayne, partly because I wanted to soak up as much family time as possible during Thanksgiving weekend and party because I wanted to show off our Denver movie theater and the cool movies they show.  (For the record, she was less impressed with the theater than with the movie…). 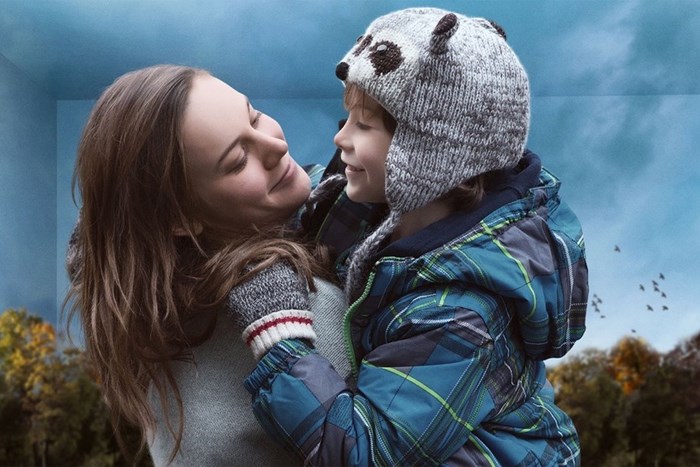 WHOA.  The movie was so astounding and thought-provoking.  SPOILER ALERT (though if you watch the trailer you already get the gist of the plot): It’s about a mother (Joy) and her 5-year-old son (Jack) who live in Room, aka a shed equipped with a bed, toilet, bathtub and kitchen, where they live in captivity.  It slowly unfolds that the mother was abducted at 17 and Jack is the son of she and her captor.  She’s able to shield that truth from Jack, making him believe Room is the whole world and only outer space exists outside the walls.  Eventually, Jack escapes, Joy is rescued and the two of them are returned to her parents, leaving them to deal with life in the real world.

I hate to say I enjoyed the movie because there is so much about it that’s dark and depressing and all too realistic but I thought it was so well done.  The acting, the plot, the undeniable love that Joy shows her son despite having every reason to be miserable and defeated.  Jacob Tremblay, who plays Jack, is so adorable and in case you’re thinking Brie Larson looks really familiar, she’s from 21 Jump Street, you guys!  As in, total opposite of the serious dramatic performance she puts on in Room.  The range of emotions I went through while watching this movie was just insane.  Fear, anger, sympathy, hope, and even happiness.  In other words, highly recommended and a great way to start our movie season!

Wishing you all a Happy Friday!