Wait, you didn’t think I was going to leave it at that, did you?  I actually plan on dragging out our trip to Hawaii for as long as possible by recapping it island by island then posting a big old travel guide (with hotel, tour group and restaurant recommendations!) at the end.  Partly because I wanna keep reliving this vacation and partly because when I’M travel planning, reading recommendations from other people is so so helpful.  And without further adieu, Oahu!

We flew (direct!) from Denver to Honolulu and were transported to Waikiki and serious story, I returned from the airport bathroom to find Joey, Lori and Adam all laughing because the woman ushering us to our bus had apparently called me a teenager.  This is my real life.

We stayed near Waikiki Beach and I’ll be honest, it is crowded and touristy.  I’ve seen worse though and when you can walk to the beach and have your  toes in the sand in five minutes, you forget about all of that.  Also, it took all of 30 seconds for me to fall in love with Hawaiian sunsets.  We walked down the beach and grabbed dinner at Duke’s.  Plus umbrella (or backscratcher?!) drinks for all!  On the walk back to our hotel, we found some shave ice because: when in Hawaii! 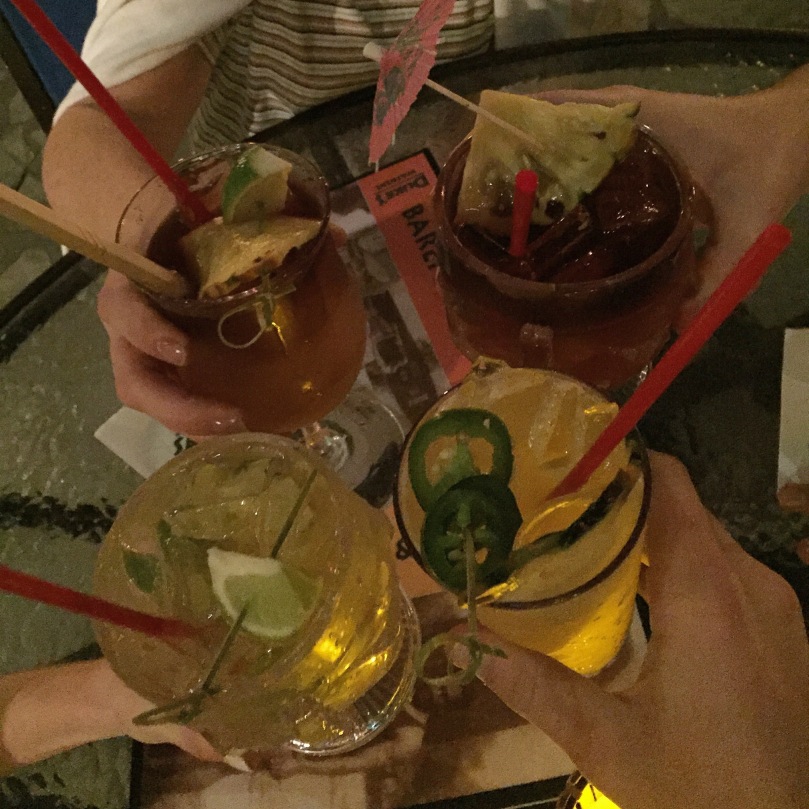 The next day we were up and at ’em for a full day at the Polynesian Cultural Center.  Our bus driver was… quite the character.  I don’t even think I can go there because it would take too long but I don’t think any of us will forget “Cousin Ken” any time soon.  As for the cultural center, it’s more or less a theme park, divided into areas for each Polynesian island/culture, where they do scheduled performances throughout the day.  Though we all had fun, we agreed that we could have skipped the all day activities and just came for the luau and post-dinner show (front row seats, hi-ya!).  I drank from an actual coconut and later on from a full pineapple, so I was happy.

Here’s Joey running directly into a pole while taking a picture and not paying attention to what was in front of him.  SO GOOD, GUYS!!! 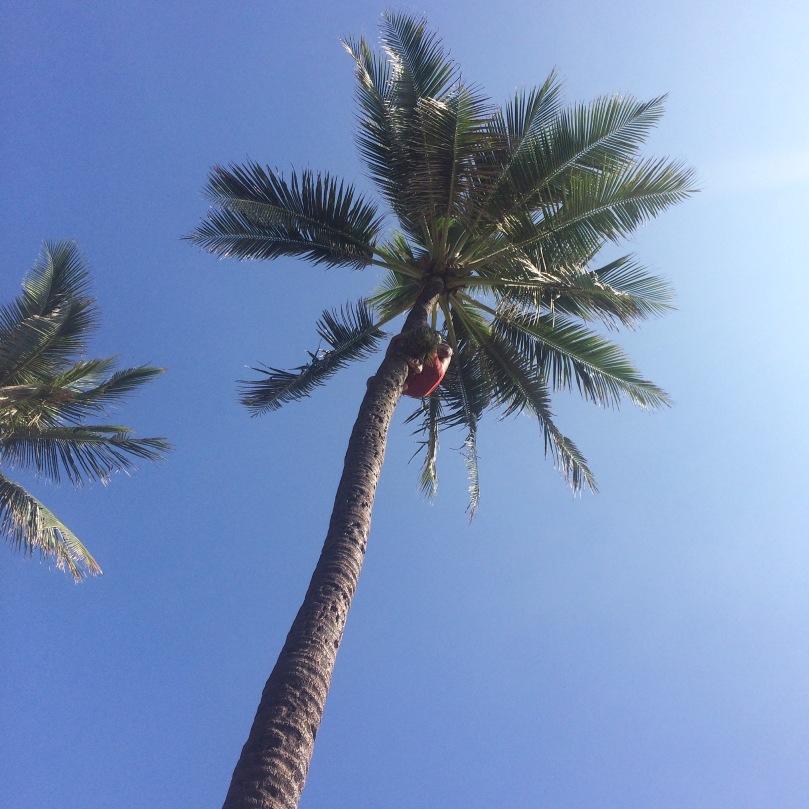 Yeah, there’s a guy up there, no big deal.

Lori and I in our wide-brimmed hats 🙂

Started our second day on a totally different note, at Pearl Harbor.  Obviously, it’s a very popular destination so they have to keep people running in and out pretty quickly, but you don’t need long to feel the tragedy in the air.  We could not believe how much oil is still seeping up from the water. 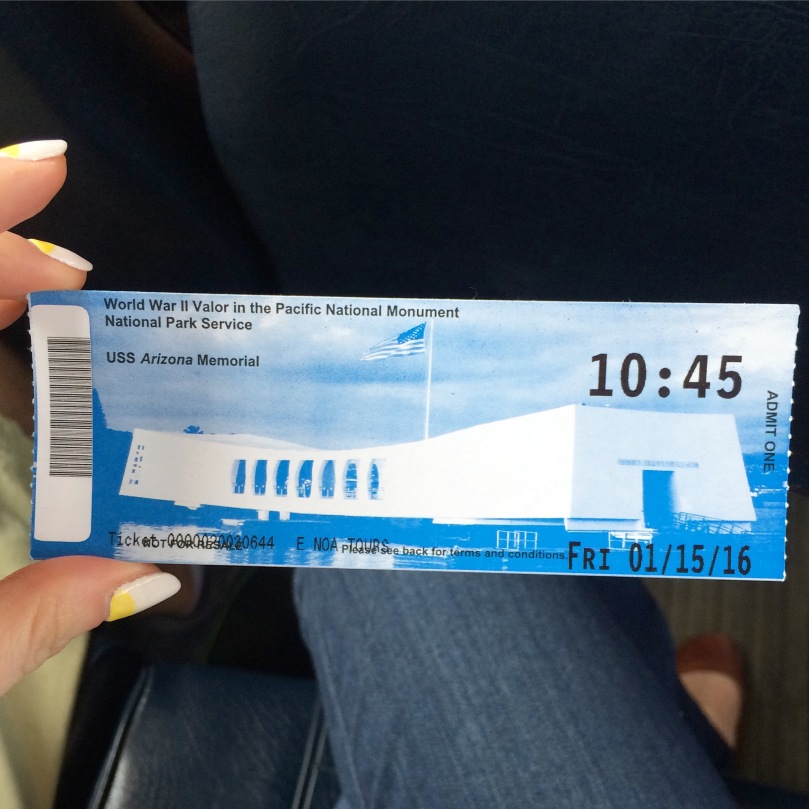 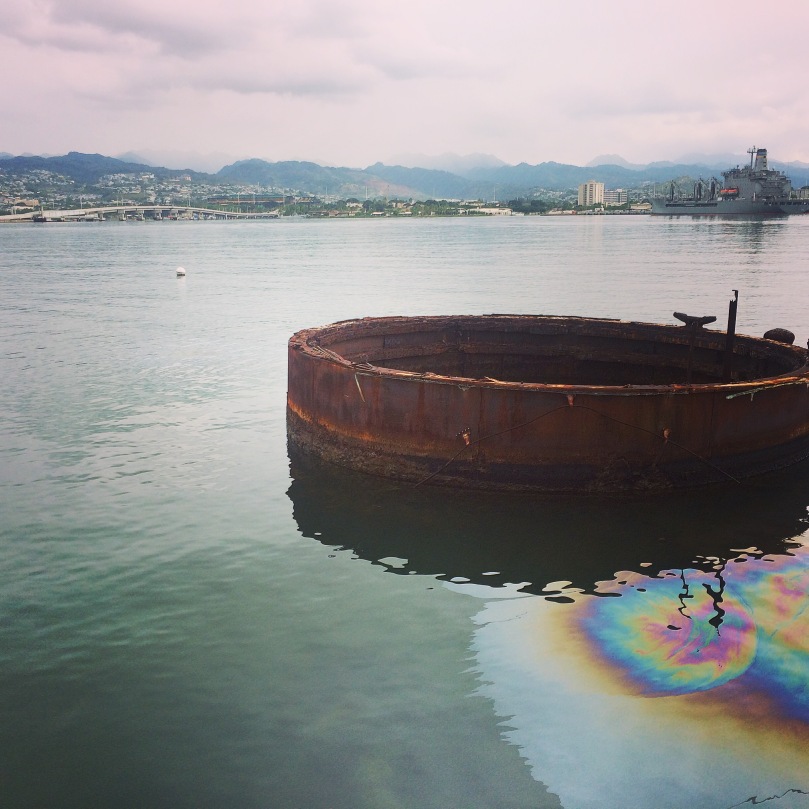 Afterwards, we hopped on a plane and headed to Kauai.  That’s a post for another day, but just know that it was a total 180° from crowded Oahu.

4 thoughts on “Our Trip to Hawaii: Oahu”