SUCH. A GOOD. WEEKEND.

And not even just because the Broncos won the Super Bowl.  Though I’d say that played a significant role.  Other factors being steak dinners, a brewery visit, back to back nights at the movie theater, coffee in our new Chemex, a facial, Valentine’s crafts and… ordering groceries online!!!  Trying to pretend I’m more excited about the Broncos than having my groceries show up at my door while I’m still in my pajamas at noon.

Friday night, Joey made THIS!  And this would be steak and creamy chive potatoes, a recipe I’ve been hoarding for months and finally put on our weekly menu.  GUYS!  It was life changing.  I don’t even really like potatoes and I wanted to eat the entire batch.  Full disclosure: we used almond milk, so basically the opposite of the half and half it called for, but it was still so creamy and perfect.

And then we grabbed a beer at Baere Brewing before seeing the Oscar Nominated Live Action Shorts at the Mayan.  I’ll be honest, though there were a couple of more lighthearted ones, the majority of the shorts were intense.  Since they come from a variety of countries, a lot of them are religious or political and I always wish I had more context or knew more about the history of other countries, but even so, it is INSANE how powerful these short films are.  It blew us away.  Unanimous favorite was “Stutterer.”  So sweet!

I semi-jokingly told Joey I wasn’t going to be able to sleep on Friday because I was too excited for coffee and pancakes on Saturday morning.  We’d been using a regular coffee machine but it started doing this thing where we’d put six cups of water in and three cups of coffee would come out.  I’d had it with that thing so we decided to get a new one and then decided to make the leap into the world of Chemex brewing.  Many YouTube videos have been watched.  We still need some practice but dang, that coffee tasted good.

I made honey-sesame pancakes to go with and I’m maybe thinking of posting the recipe because I love the flavor combo that much.  What do you think?  Spontaneous cleaning energy appeared post-breakfast (thanks, coffee!) and then right in the middle of cleaning our living room, my groceries showed up!

I have a co-worker who swears by ordering her groceries online and I have always laughed at her because I LOVE grocery shopping but after spending FIFTEEN MINUTES finding a parking spot last week I was so NOT into going during Super Bowl weekend.  You have no idea how delighted I was about the whole experience.  I probably won’t make it a weekly thing, but I’m definitely keeping that option in my back pocket for when life is busy and I just feel like making things easier. 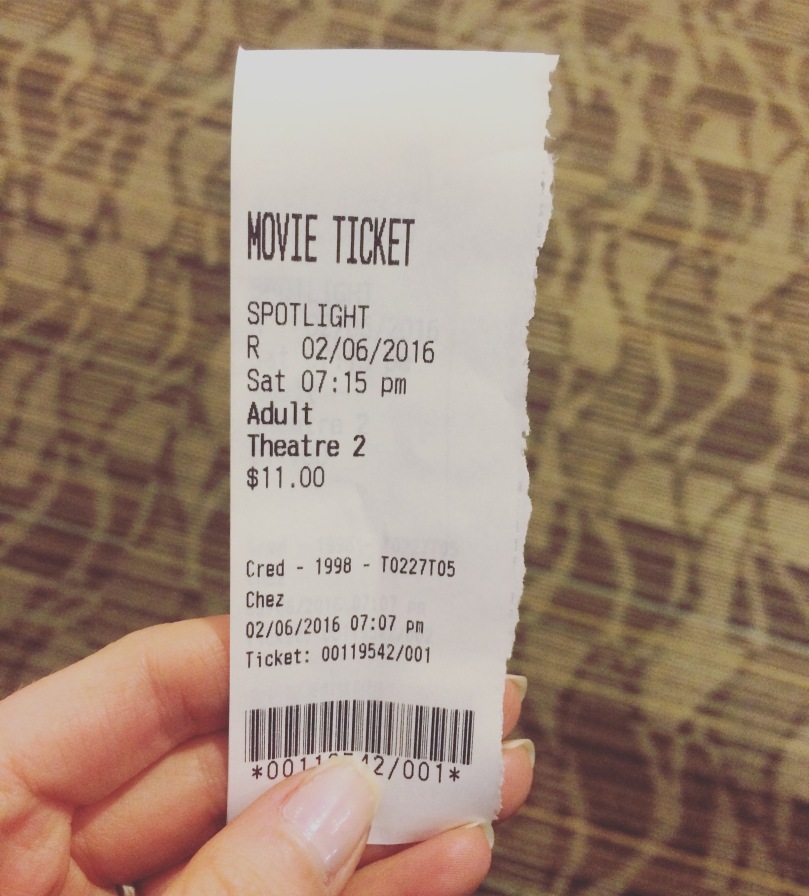 Later on, I got a facial, visited my mom and came home to find that Joey had hung up this adorable little sign my brother and sister-in-law got us for Christmas.  Then we decided Friday night was so good that we should just repeat it.  So we pulled out the steak and potato leftovers, then headed to a movie.  We really liked Spotlight and thought it was so well-told and acted.  Though it really takes you out of the moment when Mark Ruffalo is right in the middle of a passionate rant and the person behind you says “Do you want some more popcorn?”  Movie talkers are THE WORST.

Sunday started with breakfast, the gym and all those fun adult chores like laundry and making lunch for the week.  Side Note: We made salad jars for grab and go lunching and I’m seriously excited about it.  Then we headed over to the Super Bowl party and poured ourselves some cups of Oatmaha.  I’ll tell you the vibe at this year’s party was SO MUCH BETTER than it was two years ago. 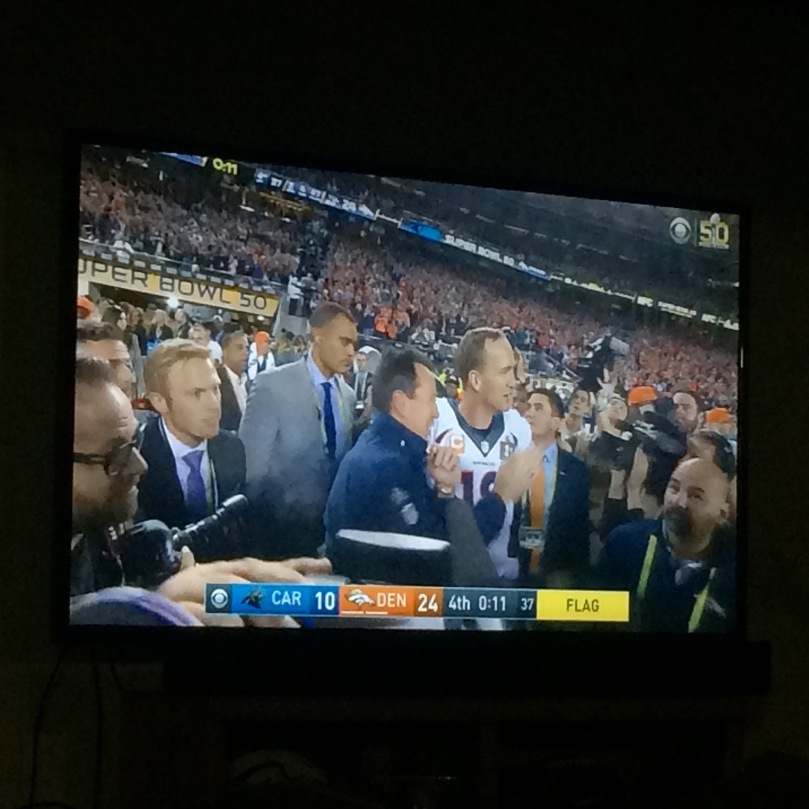 I wish I had taken a video of all the cheering that was going on during this game!  People were screaming, Josh was lifting Hannah in the air, mass hysteria was everywhere.  Seriously so funny to watch.  I kind of wished I was more into football for a minute.  But just for that minute 🙂  But I got to see a Beyoncé-Bruno “Uptown Funk” collab AND I won $80 on prop bets, so I basically won the Super Bowl too, right?  Oh and how amazing was it when John Elway was like “This one’s for Pat!”  And I was like “YEAH!!!!”  Even though I had just learned who Pat was two hours earlier…

Happy Monday!  It’s totally Mardi Gras tomorrow, so that’s something to be excited about.