Last week, I told Joey Thanksgiving is the best because the fun really starts with dinner Wednesday night and doesn’t end until Sunday.  When a normal two day weekend can sometimes feel like not enough time, Thanksgiving weekend gives you over four days of freedom and I LOVE EVERY SECOND.  I’m not going to pretend I was in a perfect mood the entire weekend, but when I was cleaning up Sunday night dishes, thinking back on everything that had happened since 4 PM on Wednesday, I was struck with an all encompassing feeling of gratitude for this life and these days ♥

We drove home as the sun was setting on Wednesday and I was annoyingly excited about it.  It’s just that every new minute and every different angle was even more spectacular than the last.  This is my favorite time of year for sunsets.  They just seem extra beautiful, don’t they?  We got home, prepped a few things for Thanksgiving then headed over to Uncle for our traditional Thanksgiving Eve ramen dinner.  Three years and counting, guys!  Got to sit in our favorite spot at the chef’s counter, where we ordered drinks, fried green tomato buns and spicy chicken ramen (x2 because: THE BEST), then watched how seamlessly the kitchen staff works together.  Love this place so much! 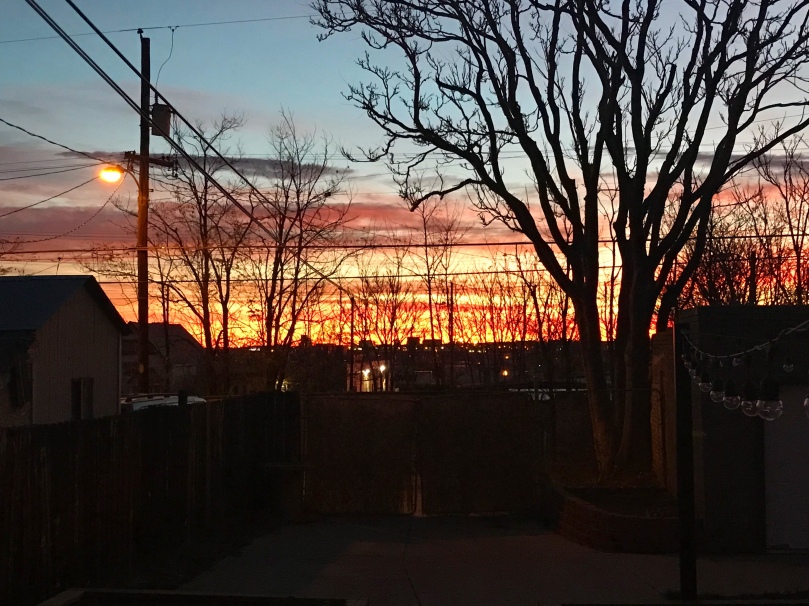 Joey was up early on Thanksgiving morning taking pictures of the sunrise for me, which is sort of the sweetest.  Sunrises are pretty good this time of year too!  Then COFFEE!  PARADE!  ME BEING THE HAPPIEST I’VE EVER BEEN!  That SpongeBob SquarePants musical looks whack (of all the dumb cartoons from when I was younger, why did that one stick around?) but I was surprisingly into the Anastasia performance and I loved that pre-recorded intro with Harry Connick Jr.  Till next year, Macy’s Thanksgiving Day Parade!  We finished up our Thanksgiving meal contributions then headed to Meal #1.

P.S. It was over 70° but I bought that sweater just for Thanksgiving and I had to wear it. 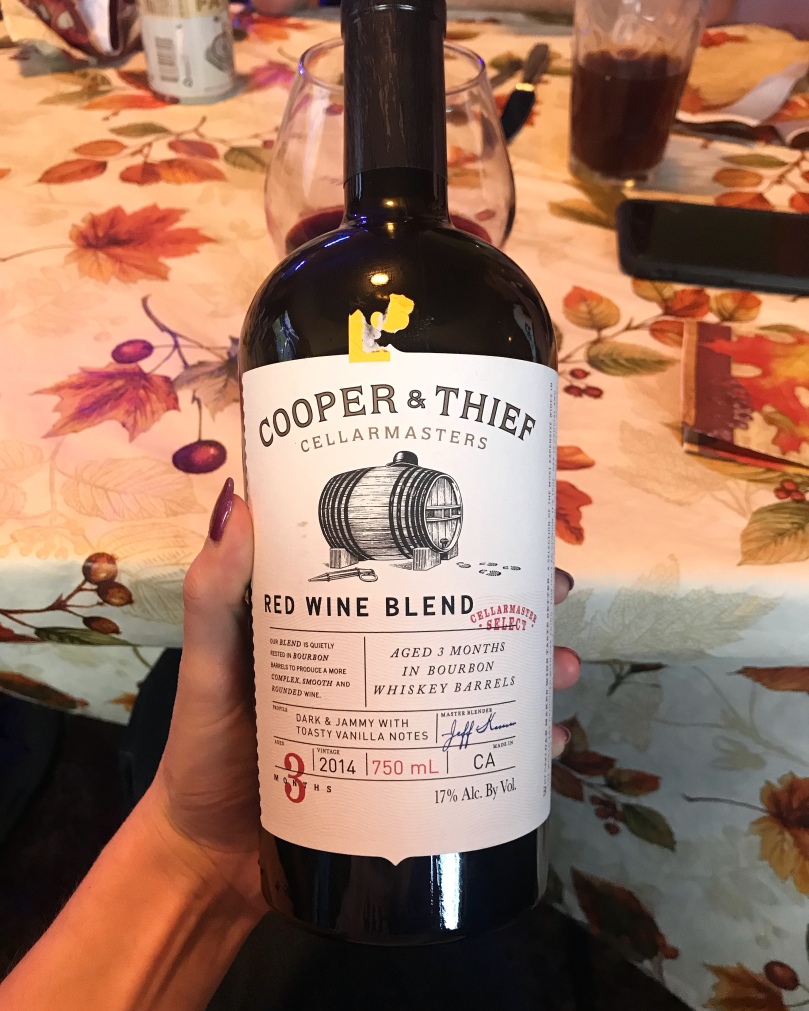 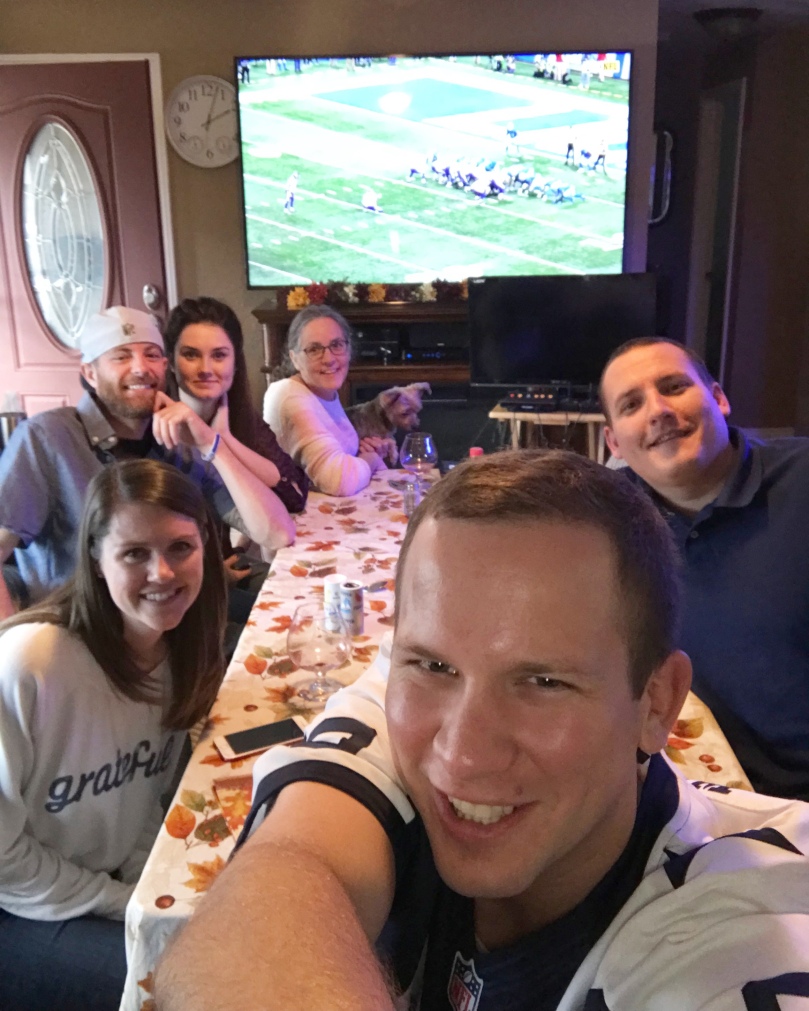 Back at it trying to force stuff like “creamed greens” on everyone at Thanksgiving.  And I think we finally perfected the sweet potato casserole!  Meanwhile, Jory “doesn’t eat casseroles.”  His loss!  We also had the best turkey (per usual), the best wine (so smooth!), a scary strong shot of something Lori got earlier this year in Greece and pardon the bad lighting in those bottom two pictures but I needed to share the look of pure happiness on my face when I was presented with that handmade Fantasy Big Brother trophy.  It sleeps in bed with me now 🙂 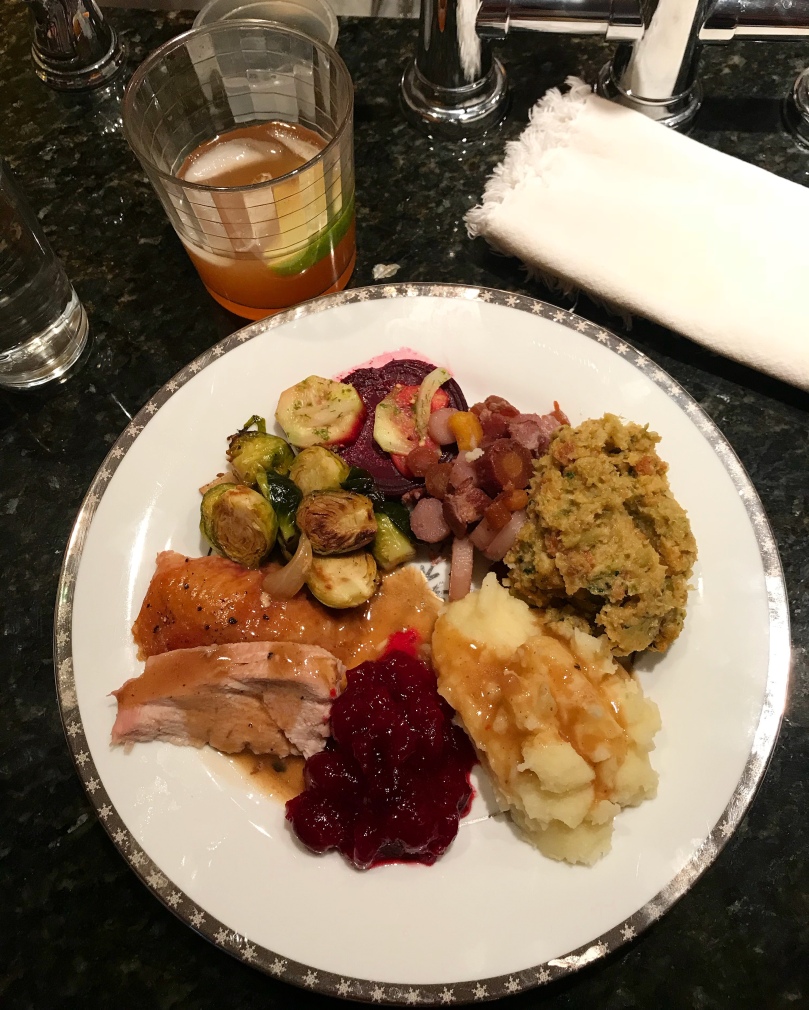 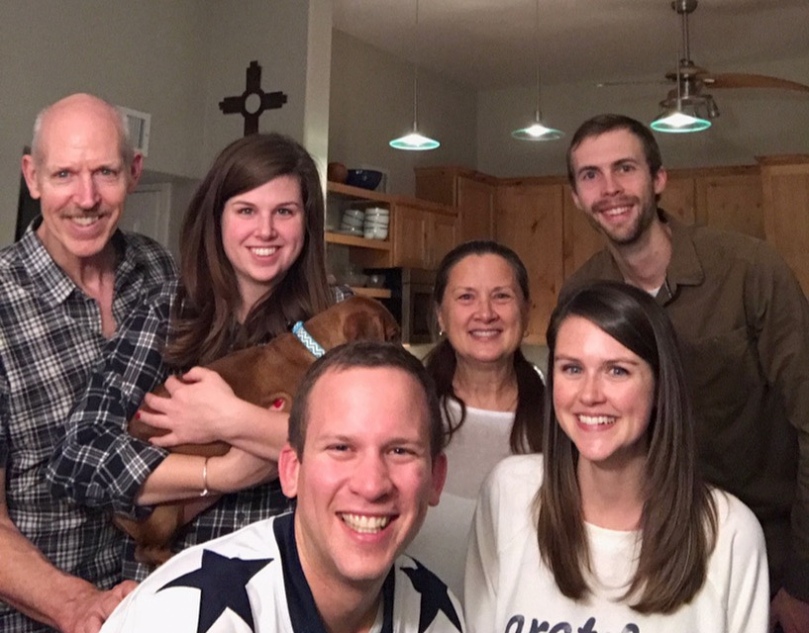 We seriously made it to the parking lot at my parents’ before realizing we had left all the cocktail ingredients back at Chad’s.  One quick parking lot alcohol hand-off between Joey and his uncle later and we were back in business.  Worth it, if you ask me, because that cocktail (the New England Express, which we’ve made twice now) was really good!  My brother, sister-in-law, niece and nephew joined us for dinner and let me tell you, it was a really touching moment when my niece asked if she could have my phone when I die (HA HA!).  Mom blew me away with dinner and her stuffing is still the stuff of dreams.  Also, I’ve gotten REALLY into cranberry sauce in the past few years.  Does this mean I’m a real adult?

I blew it and didn’t remember the promise I made to myself earlier in the day to take a family photo at both meals until AFTER half the family had left.  UGH!  I think I was distracted by my niece’s legit drawings skills and my nephew’s insistence that he hates the Broncos.  Maybe it was for the better though, because I do not think children have the patience it took to get this family photo.  Just know half of us are kneeling on the couch, Joey’s phone was propped on a shelf and we have a dozen outtakes.  Meaning this night ended with a lot of laughter and I couldn’t help feeling like this Thanksgiving was really really good ♥ 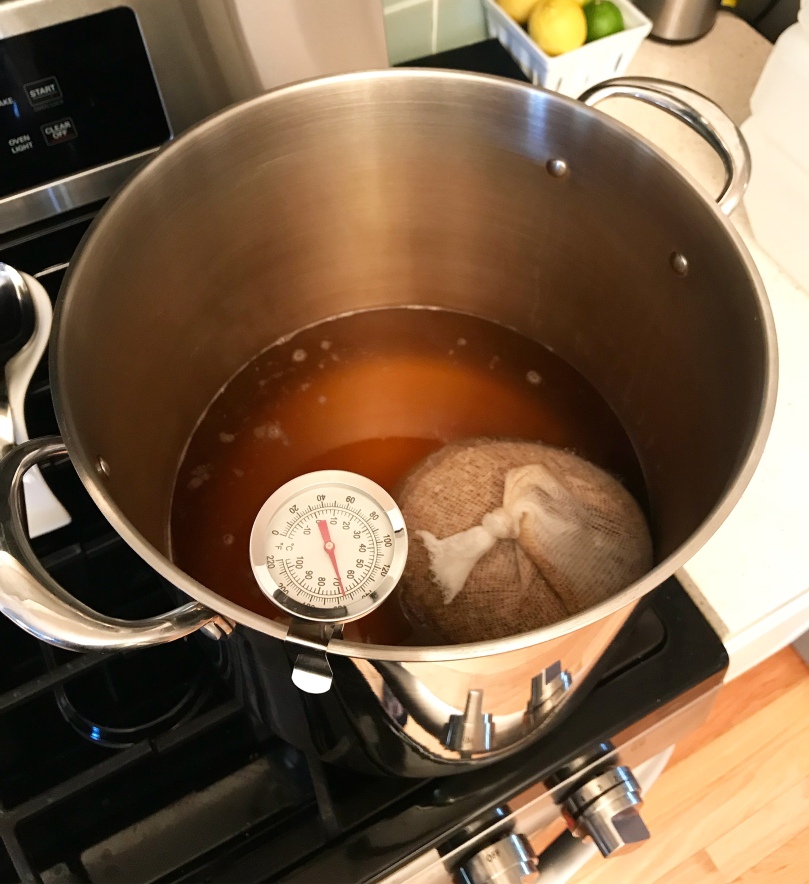 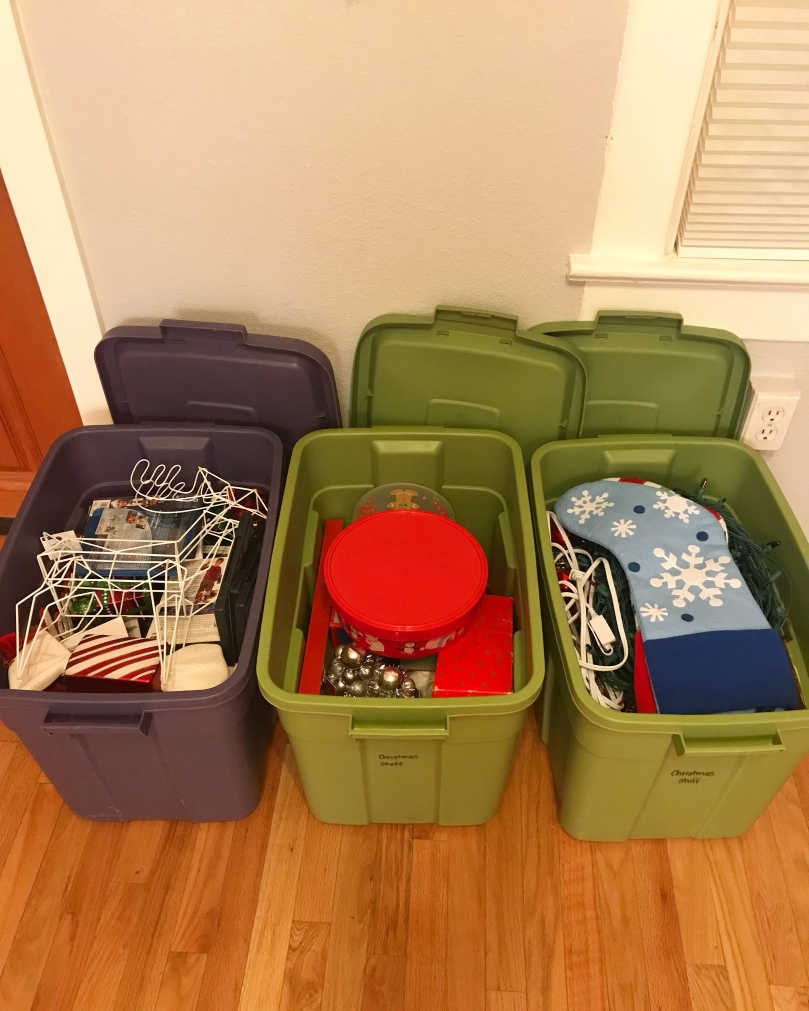 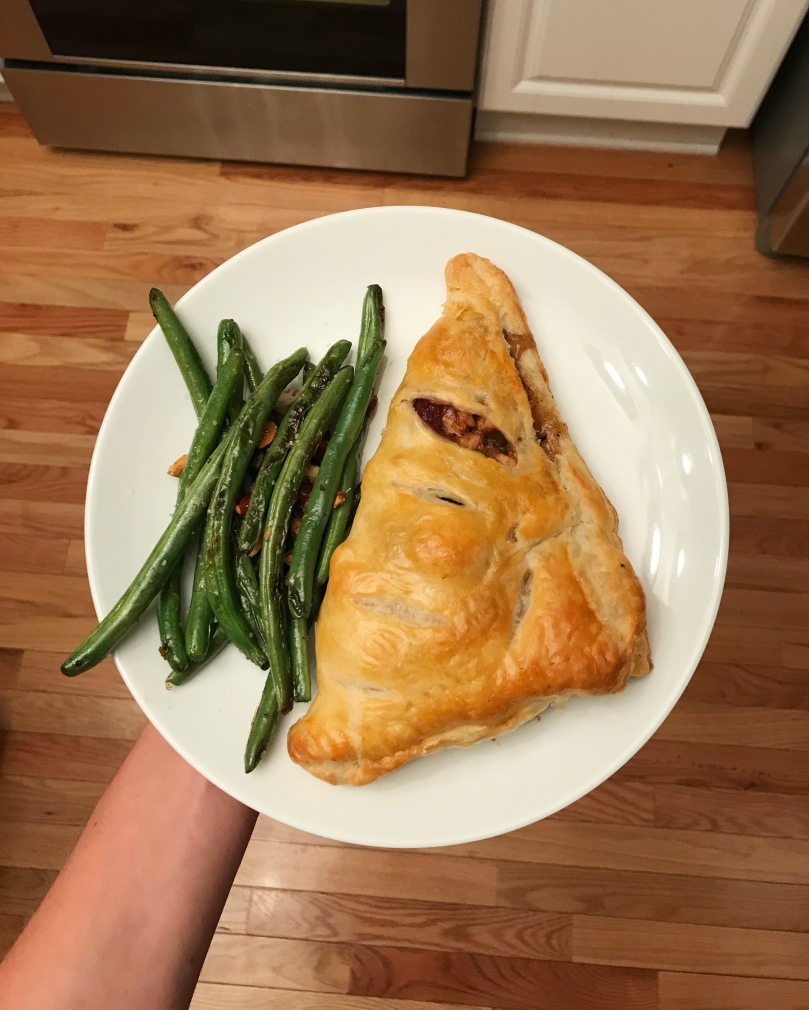 Friday started with waffles — let it be known that if you don’t have eggs, it really narrows down your waffle recipe search — and then it was Brew Day!  We’ve got a “Red Yum” amber ale comin atcha in a few weeks and I’m pretty excited about it.  Also snuck in a run and I literally do not know where the rest of the day went but I do know we made a spontaneous decision to go buy puff pastry so we could make turkey hand pies (side note: I sent a picture to my mom and she said “what else is in there other than turkey hands?”  Mooooom!), then we poured ourselves a drink, turned on the Christmas classics station and put out decorations while the pies baked.  I think Joey got it right when he said, “holy shit, I’m happy!” 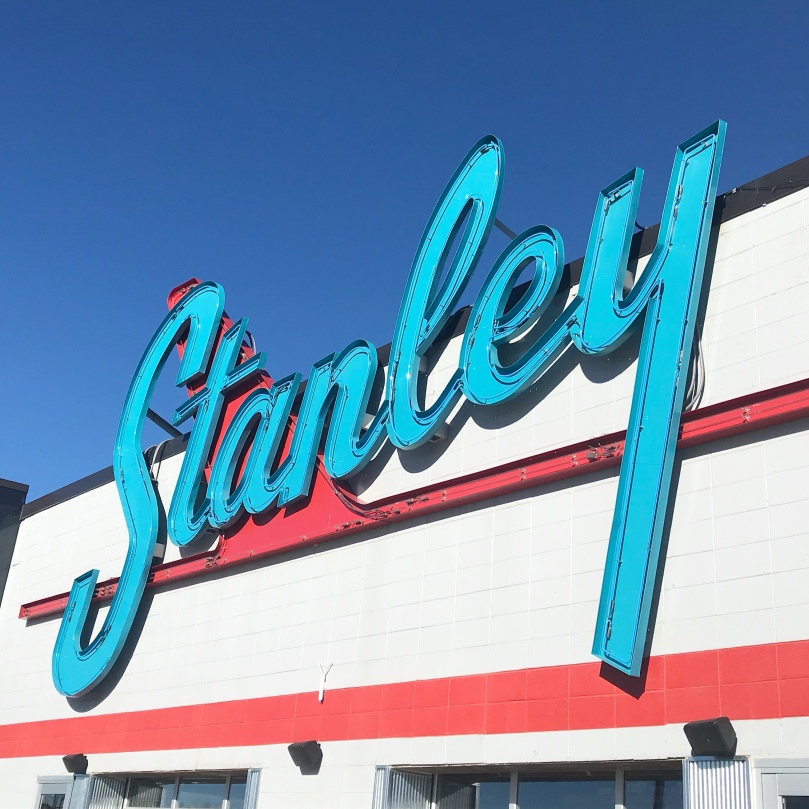 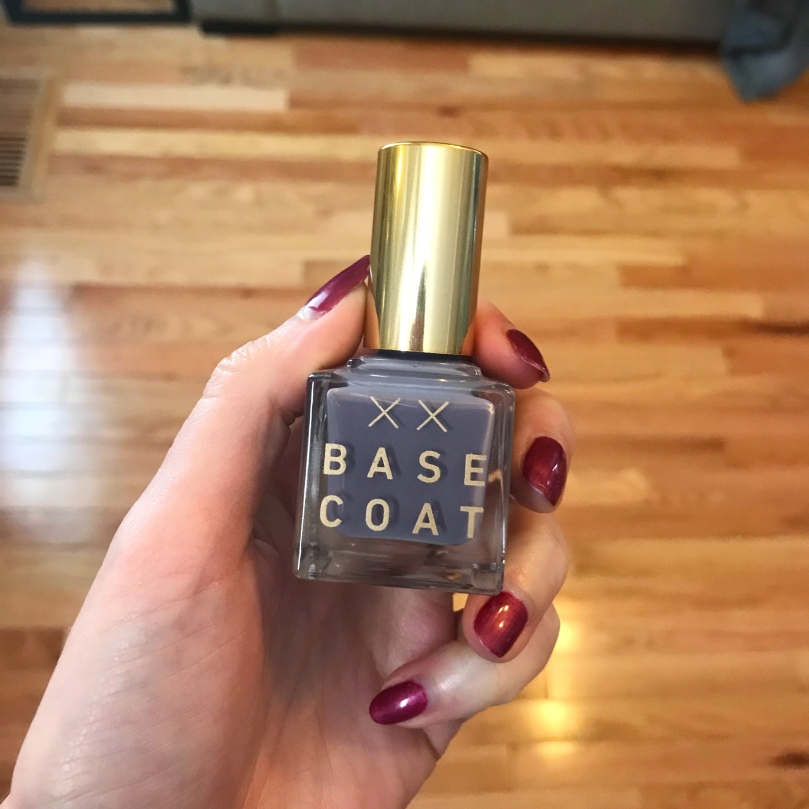 Started Saturday at the Stanley Marketplace or, more specifically, at Annette where Joey, my sister, Wayne and I ALL ordered the pork hash.  But really, why would you order anything else when this dish is so good?  Afterwards, we walked around the marketplace and so much more has opened since we were last there!  I think we reached boutique fatigue by the fifth store but my sister and I did buy some new Base Coat nail polish, so I’m calling Small Business Saturday a success.

Confession: I went to the Union Station Whole Foods more than once this weekend.  It’s just that it’s so new and shiny and they have stuff like really teensy apples (are they decorative??) and Dufour puff pastry and raclette cheese and 165 parking spots inside a heat-controlled garage.  Plus I saw that sunset on my way there.  Aka, WORTH IT. 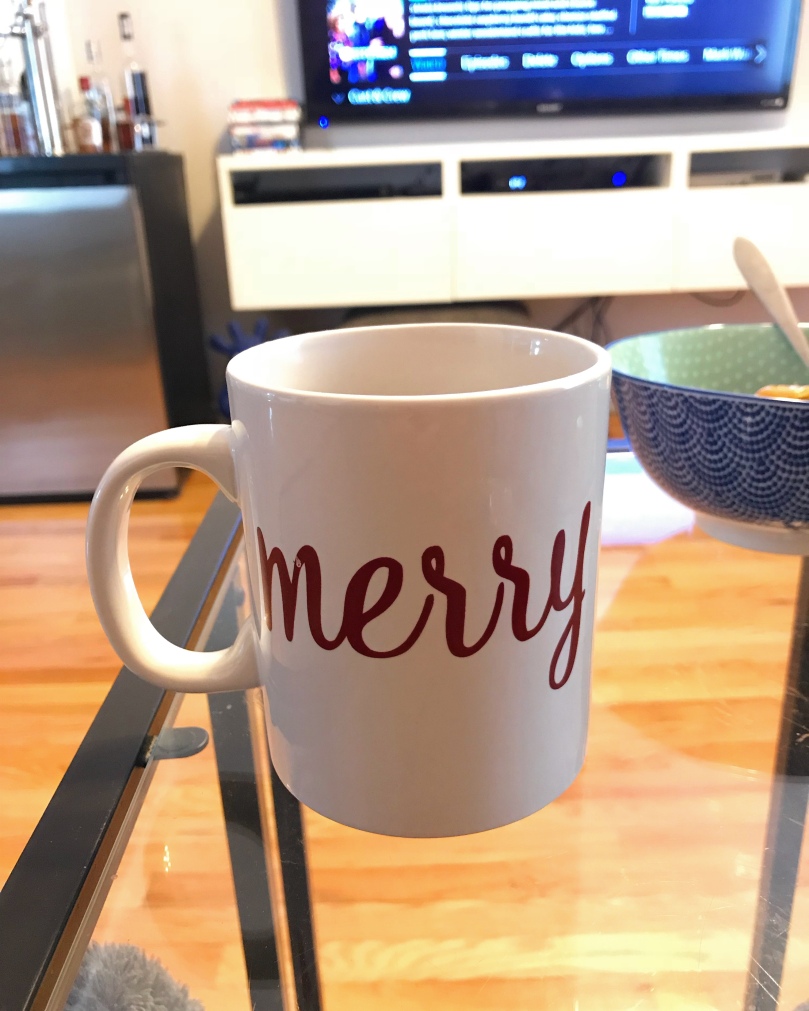 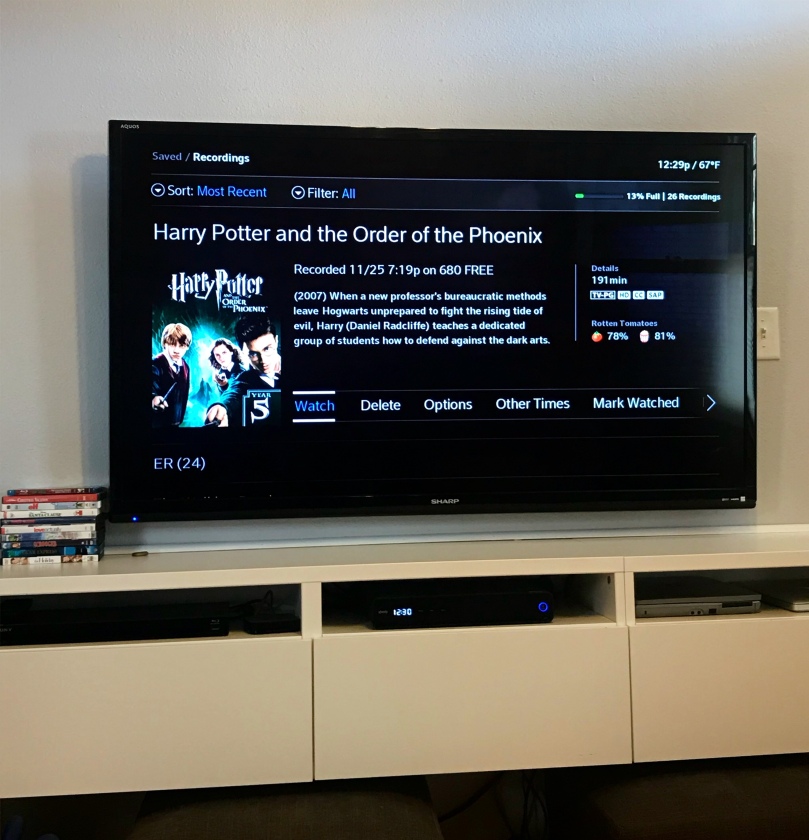 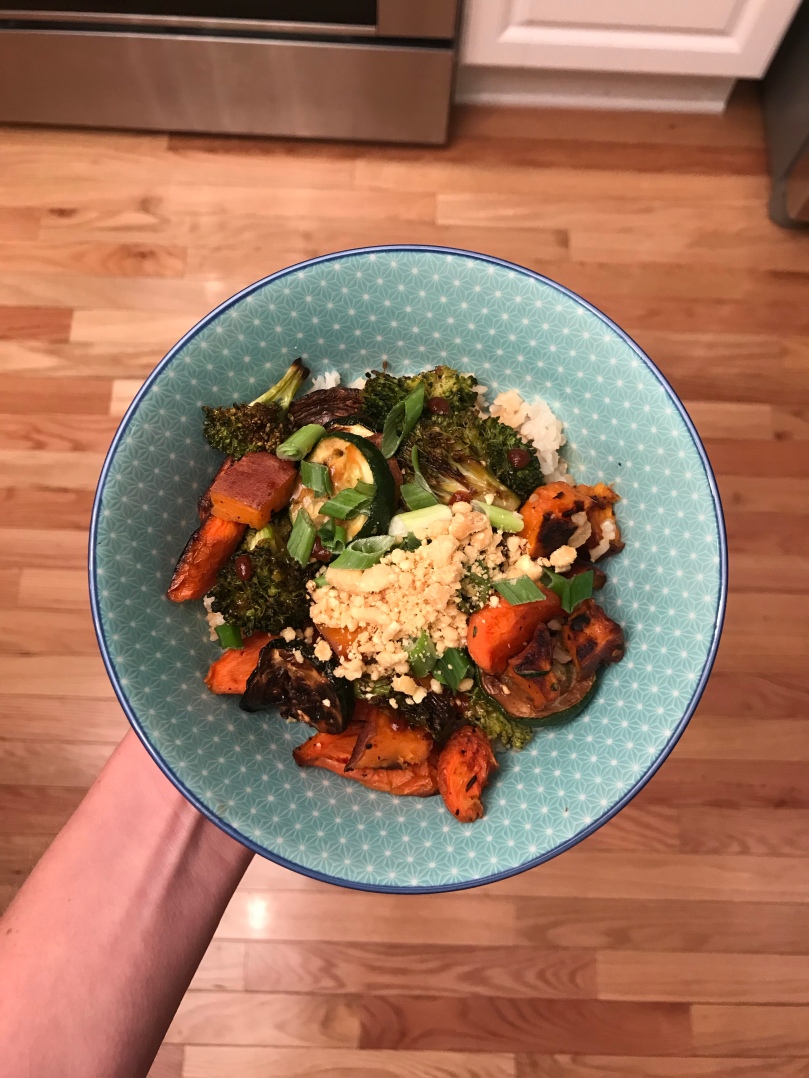 Woke up Sunday to Joey asking if I’d make him a yogurt bowl.  Who is this person who suddenly wakes up before me and also eats yogurt bowls?  Maybe we’re morphing into the same person after 10 years?!  Anyway, yogurt bowl + coffee in our Christmas mugs it was!  He left to watch football and I roasted some veggies, went for a walk (um, how’s it late November and 75°?!) then sat down at watch Harry Potter and the Order of the Phoenix, which sounds like something I do all the time but they haven’t been showing this one for some reason and also, I turn Harry Potter Weekend on all the time but I rarely (if ever) actually sit down and watch any of the movies start to finish.  Hurry, let’s end this discussion before I start listing all the times I almost cried into my turkey salad…  Finished out the day with a really full yoga class that felt easy until today, when my hips are majorly sore.

So here we are post-Thanksgiving, and I’m feeling fully sad that my favorite holiday has come and gone but at least there’s Christmas movies and holiday shows and cookie baking to look forward to.  Plus Hannah is having a baby very very soon and I can hardly wait for that text to come through any day now.

P.S. Please also know we watched The Jinx, Swiss Army Man and THREE James Bond movies this weekend.  I wonder if I watch too much TV…

What were the best parts of your Thanksgiving weekend?