This morning I had a cavity filled and last night I broke the glass container I brew kombucha in and all 14 cups of liquid leaked out in my kitchen.  These sound like bad things, but really, the rest of the weekend was a good one and if you already had to pull everything out of the drawer and cabinet plus move the fridge and mop the floor three times then things can only go up from here.

Saw our very last Best Picture nominee on Friday night and look, Darkest Hour is very interesting from a historical standpoint and I guess Gary Oldman was good?  But I actually have no idea what Winston Churchill was like so who knows if his performance was uncanny or not.  I guess I was getting too many Fat Bastard vibes from both the makeup and the personal hygiene to really enjoy the film.  Also, there were so many underground scenes that had me craving sunlight afterwards.  The train scene was a pure delight though ♥

How strange that there happened to be two movies about Dunkirk this year!

Saturday morning, Joey felt like making eggs, hash browns and toast, so since I was on my own, I made Joy the Baker’s “Single Lady Pancake” and look, I’m never not making ONE GIANT PANCAKE ever again!  Okay, not really but this big fluffy pancake was very fun to eat.  Afterwards, we drove up to Windsor to watch my nephew’s basketball game and it wasn’t until I saw him standing next to other kids his age that I realized how tall he is!  Joey caught a video of him making a basket!  Also got to soak up some time with my niece and sister-in-law.  Gennaro’s team won 29-4! 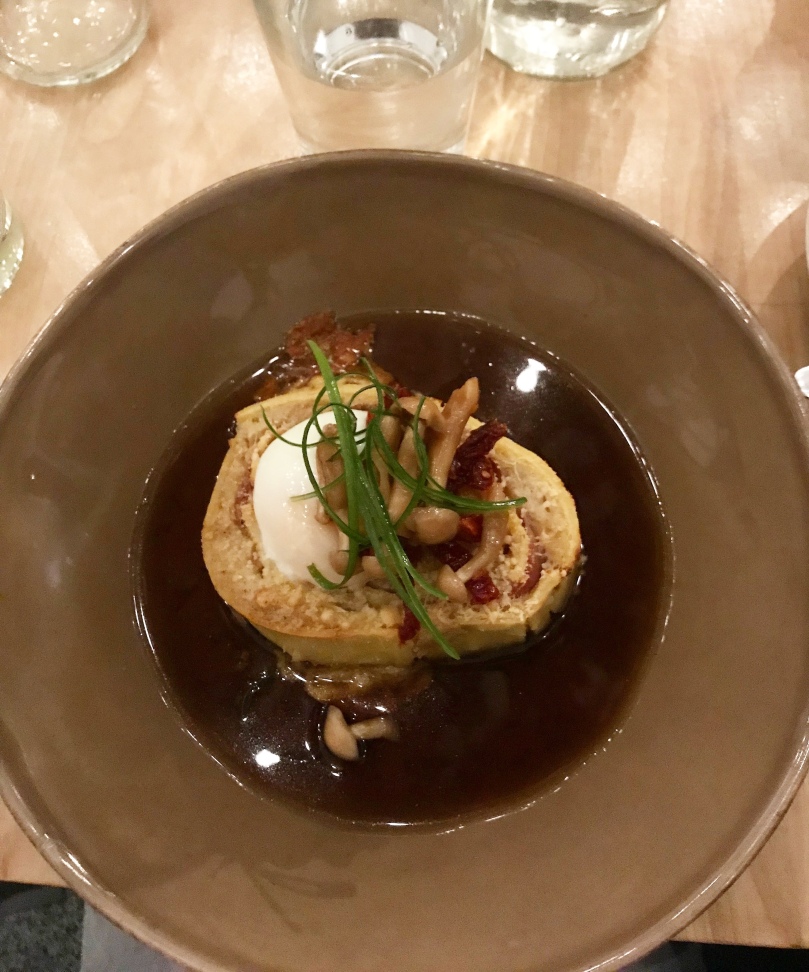 We spent the rest of the day with Lori and Adam, seeing the Oscar Nominated Shorts.  The animated shorts were up first and I thought they were sort of lackluster this year.  I really enjoyed the animation and bittersweet tone of “Negative Space” and “Revolting Rhymes,” which is based on a Roald Dahl book and weaves a bunch of fairy tales together, was creative and such fun to watch but overall, we weren’t blown away.  Also, a group of young guys behind me talked through THE ENTIRE THING.  Ugh!

The live action shorts were SO INTENSE.  They usually are but this year’s nominees seemed heavier than usual.  We went from school shooting to the story of a deaf child to the night of Emmett Till’s abduction when they threw a funny one in and I’ve never been so ready for a laugh.  I think my very favorite was “The Silent Child” though honestly, they were all very powerful and well done.  Afterwards, we put our hearts back together with pasta at Dio Mio.  It was a busy Saturday night but we were able to grab a table fairly quickly and my cocktail and rotolo were so so good.  I truly love that place!

Aside from the giant mess I made, Sunday included breakfast at Stowaway (I heard the guy at the table next to us say he hadn’t been in in a while and his significant other snapped “it’s only been two weeks!” but hey, that sounds like “a while” to me too :P), grocery shopping, salad prepping, cookie baking and dinner making.  Oh and it was absolutely lovely outside (except for the wind…) so we went for a run and how is it possible that it was my first outdoor run of the year?!

I guess it’s a good thing that quiche took so long to bake because it gave us time to clean up the kitchen.  Oy!  How was your weekend?