Despite the fact that I had (and still have) the cold from hell — sore throat, hacking cough, barely have a voice right now — I had such a good weekend.  Well, except for the part where I skipped out on the Rockies game to go to bed at 8 PM on Friday night…

I will say that the one good thing about being sick, is having an excuse to eat multiple meals in bed.  And then follow that meal up with a nap.

I pulled up the audio of the Rockies game and listened to that from bed as well.  It wasn’t quite the same as seeing the game, but it was a lot comfier.

On Saturday morning, we took a drive around Denver and when hunger hit, I opened up my Yelp app (I seriously love that app!) and found us the cutest little breakfast restaurant/bakery called The Wooden Spoon.  It was teeny tiny inside but we were able to grab a little two-person table right after placing our order of two egg scrambles with roasted red peppers, arugula, a cilantro goat cheese and baguette with housemade jam on the side. 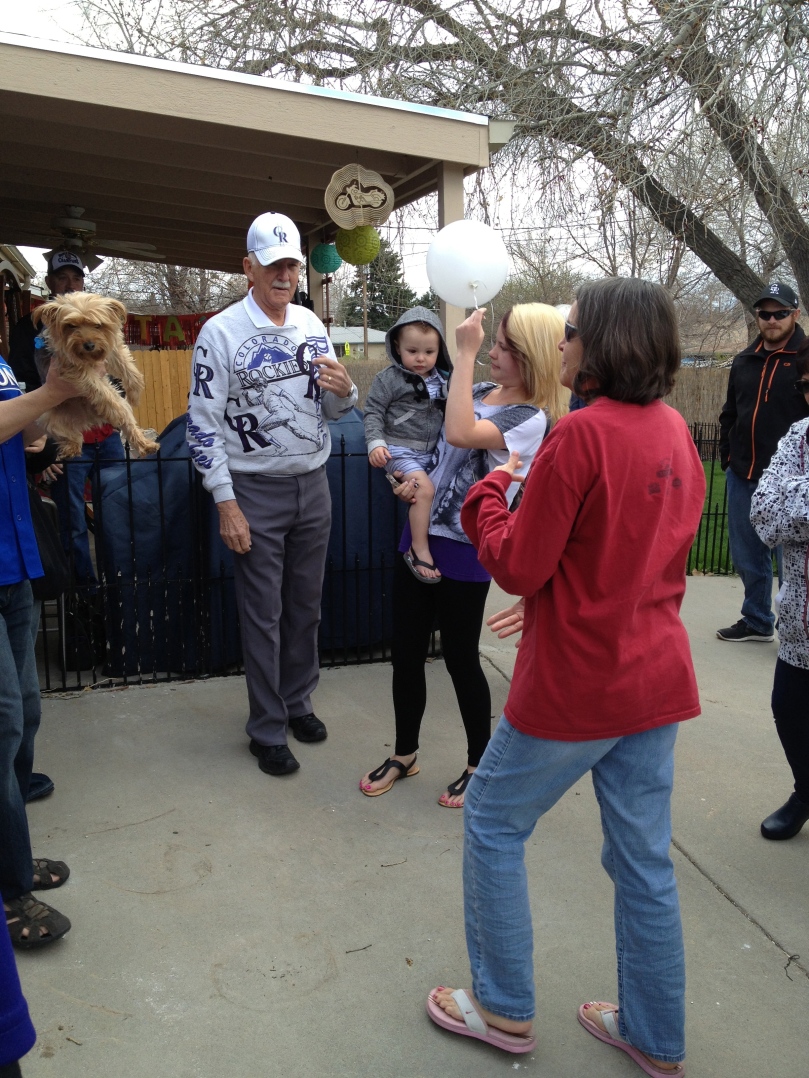 The main event of this weekend was something that’s been in the works for months.  Joey’s mom Lori is 50 years young today and we had a huge surprise for her on Saturday.  Her nieces took her out to get her nails done and when she got back home there were about 15 of us and a limo waiting for her.  She was so shocked! 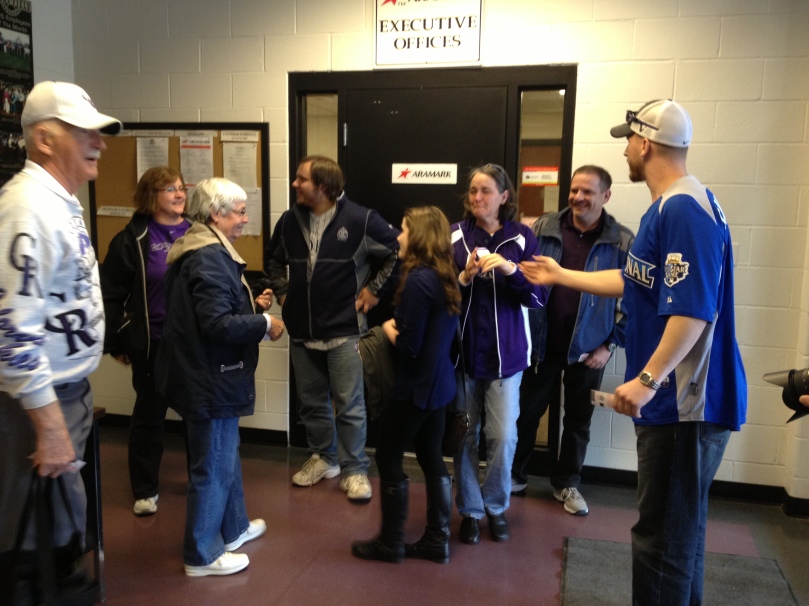 Then we showed up at the Rockies game and escorted her to our private warning track-level suite!  There was definitely  many tears of happiness.  And it just kept getting better, as about 20 more people arrived. 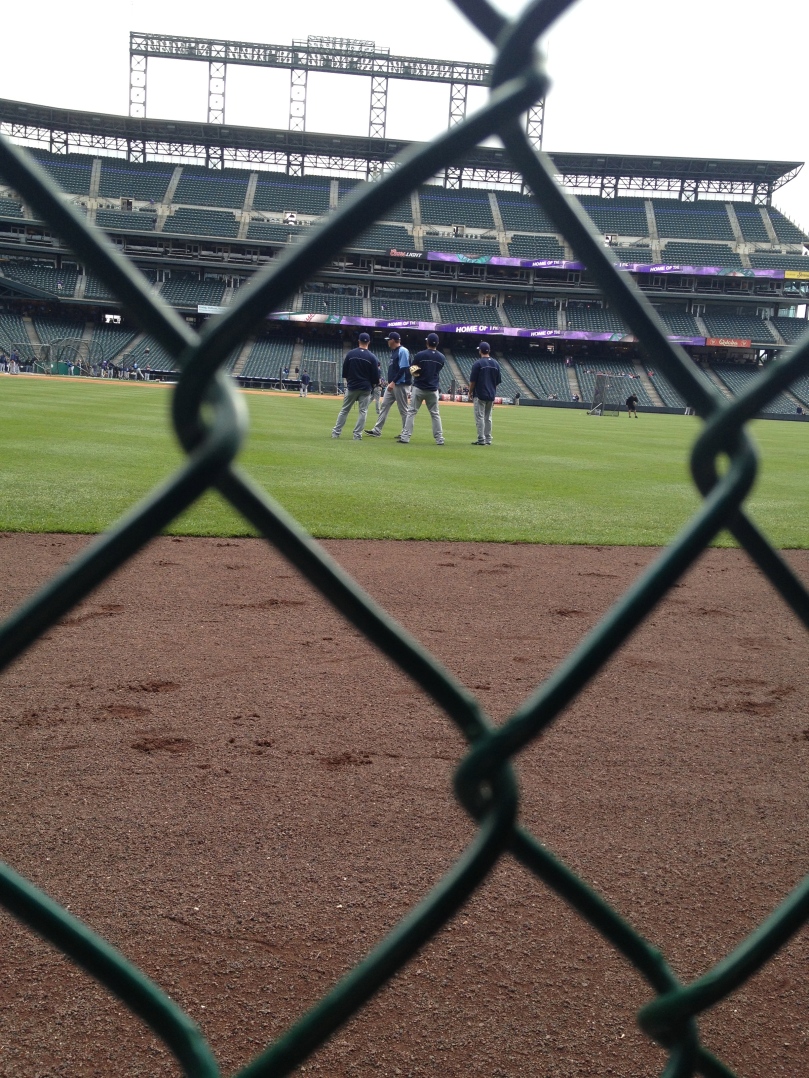 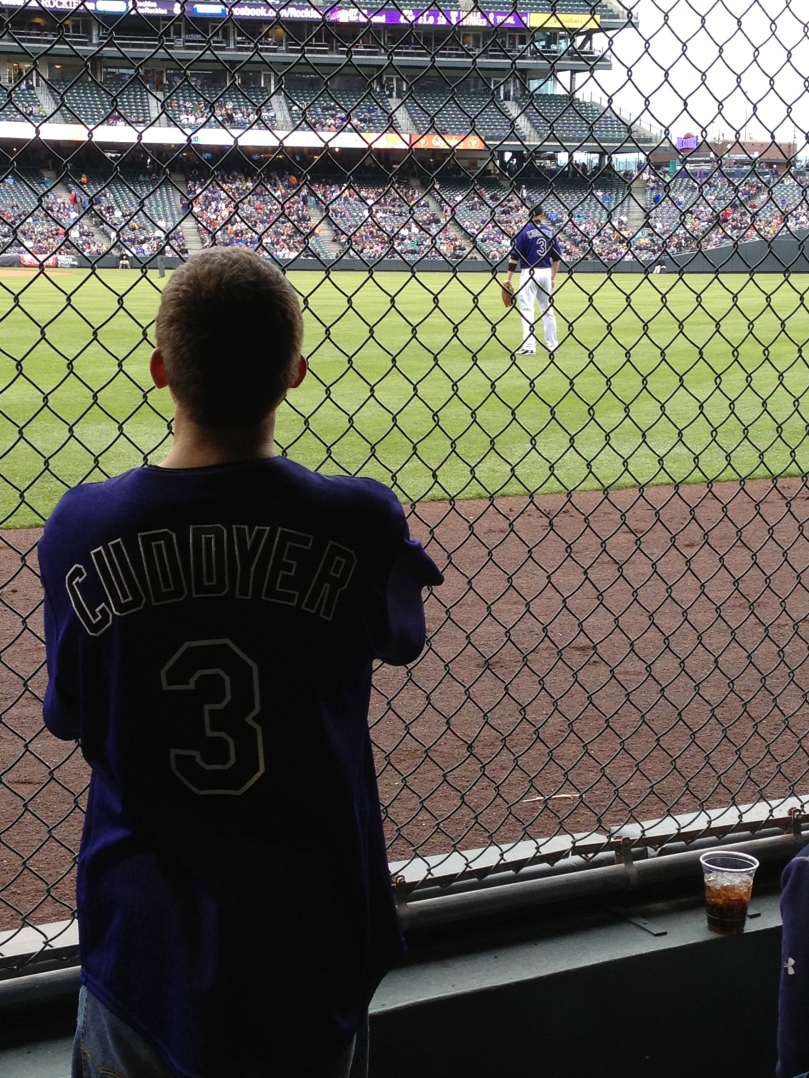 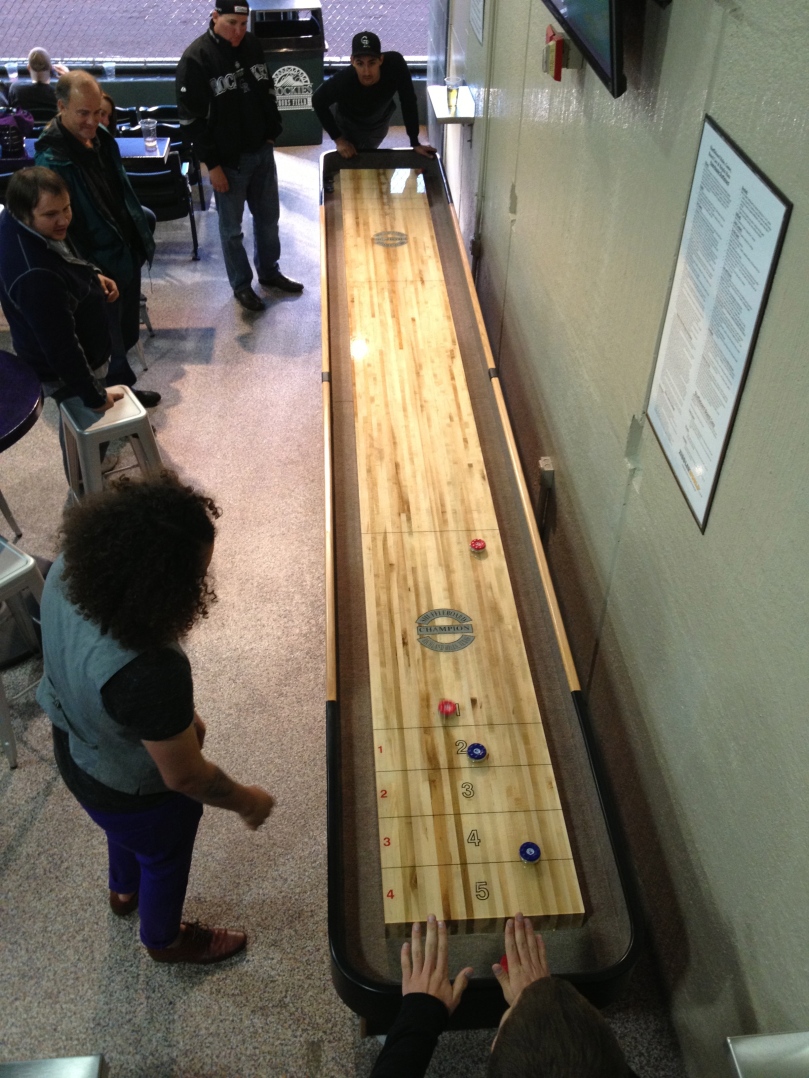 The suite was so cool.  I basically felt like we were on the field, plus we had our own bartender, a buffet of ballpark fare, and shuffleboard (that all the guys were so into…typical).  I felt like it was my birthday! 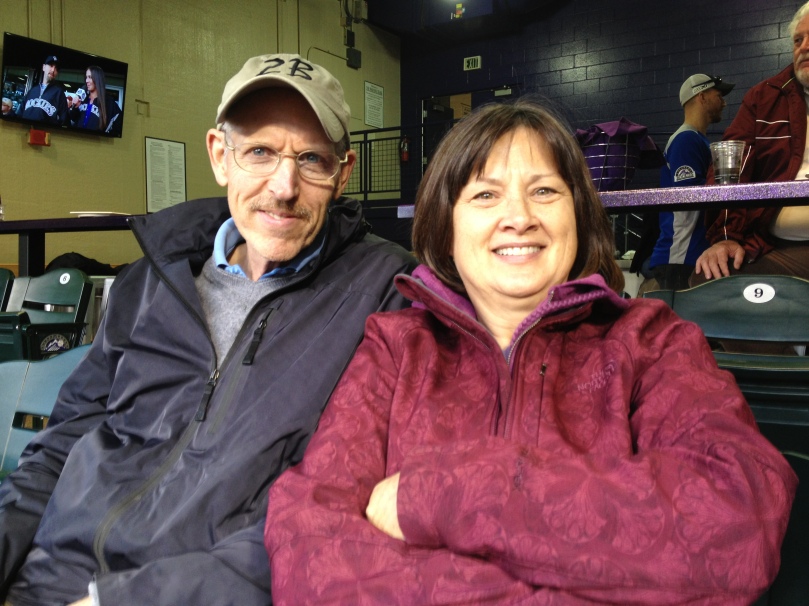 I was so excited to have my family and Hannah (plus her dinglehopper) there too.  Hanging out with these two girls makes me so so excited for our trip to Vegas later this month. 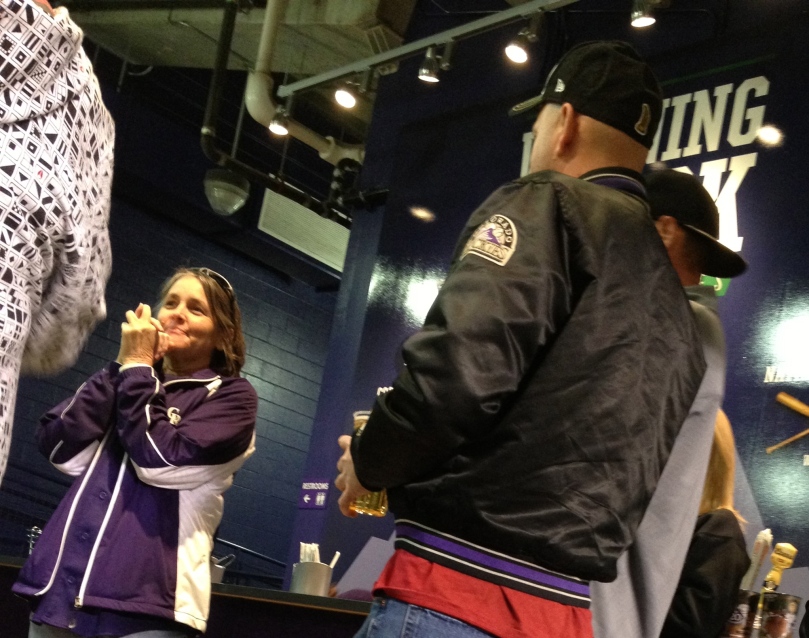 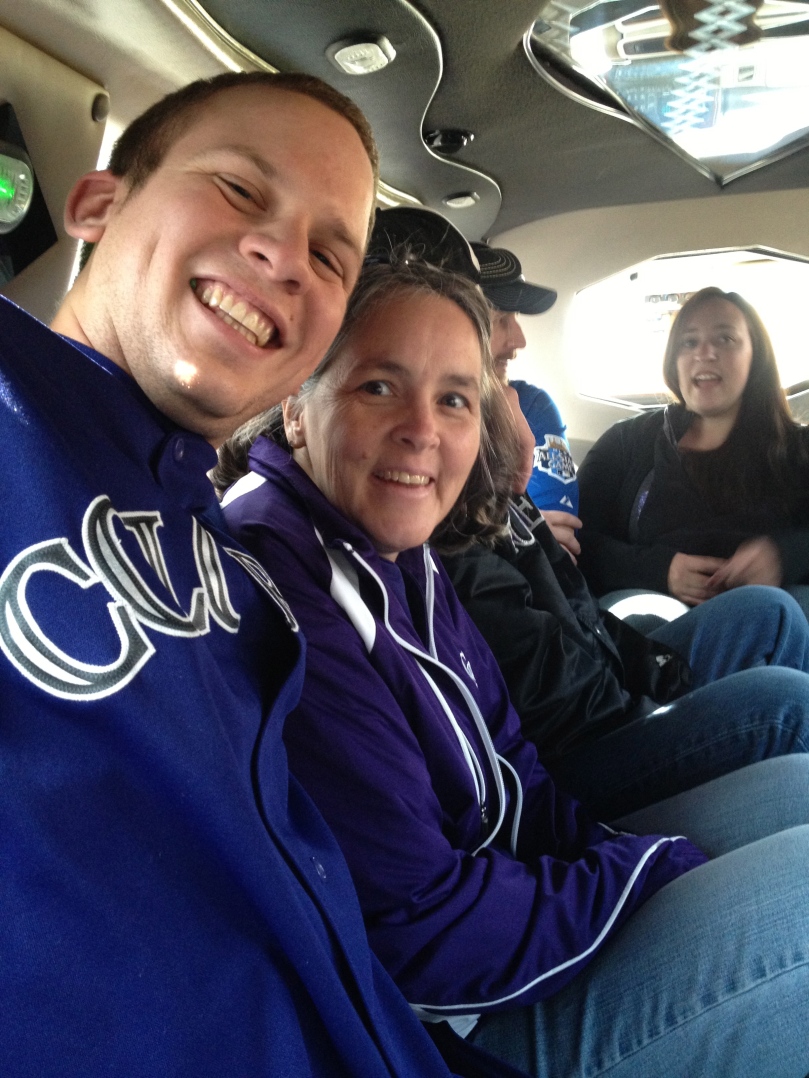 My heart was so full seeing Lori so happy.  Not to mention how proud I was of Joey for being such an amazing son and helping plan such a great celebration for his mom. 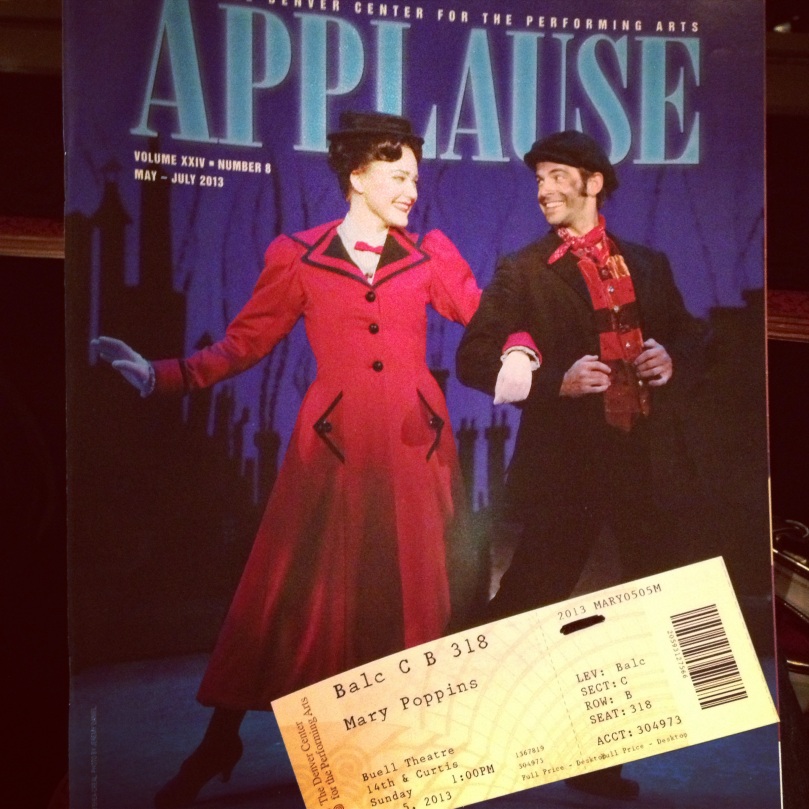 Today has been less about drinking margaritas (which is fine by my sore throat) and more about celebrating Lori’s actual birthday with Mary Poppins at the Buell Theater (I had to resist the urge to sing along with every number) and an early birthday dinner at Maggiano’s on the 16th Street Mall.

The work week starts up again tomorrow, but I am all smiles right now.