Oh hi, bad blogger here. I wish I had a better explanation for why I’m lacking pictures from a majority of the weekend, but it’s really just because I didn’t do anything on Saturday that I felt was “picture-worthy.” Unless you call watching six episodes of Six Feet Under and getting a haircut picture-worthy. I certainly don’t. I feel like the next two weeks are going to be the calm before the storm (aka moving), so I’m pretty okay with a few low key weekends. Plus, I know it will officially be fall later this month, but it just keeps getting hotter here in Colorado so it just feels right to laze about all day in the AC.

Guess what started back up? Beer in hand kickball! Which means I’m back to doing things like showing up halfway through the game so as not to be forced to fill in for any of the missing ladies on the team. That is my nightmare and yes, I’m that traumatized by P.E. class kickball.

This is both teams during the half time “social,” aka a game of flip cup without any flipping of cups. They positioned Joey as the anchor and all I could think was, “Don’t these people know we’re in bed at 10:30 on Friday nights, neither of us know how to chug beer!” Lucky for him the other team finished before he even had his turn. 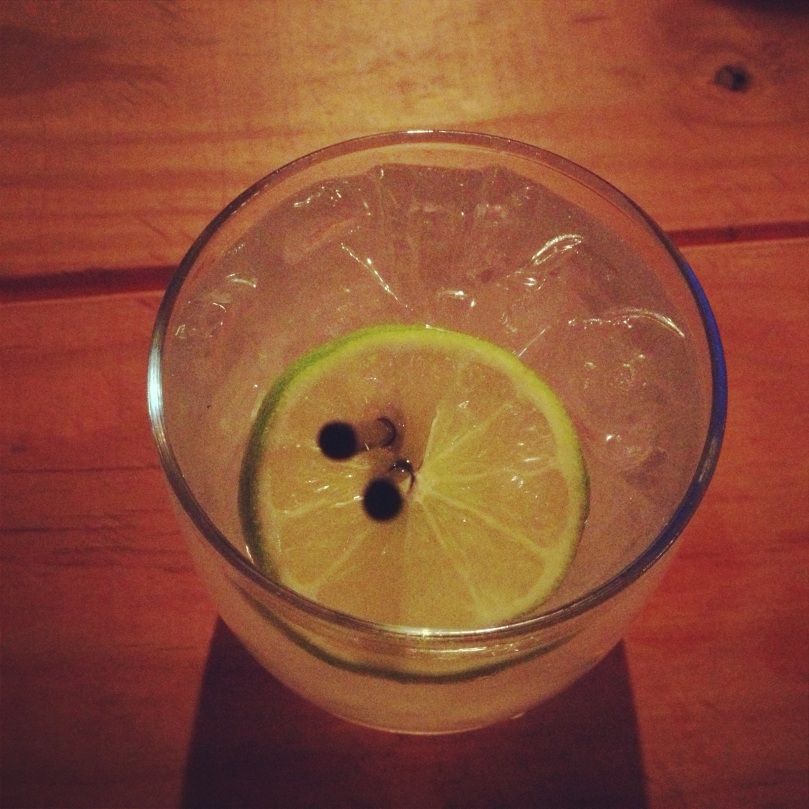 I dragged my sister to the game with me with promises of going somewhere fun in Denver afterwards. A friend recommended Scratch to us and it happened to be a few blocks away so we walked over. The restaurant and patio definitely had a fun feel and the menu looked delicious (a bunch of interesting burrito combos!) so we ordered food and drinks at the counter and grabbed a patio seat. This margarita was horrible! And my sister ordered a Moscow Mule that was made with bourbon instead of vodka. YUCK.

Don’t let that smile fool you. FORTY MINUTES LATER, this lack luster burrito was delivered to me. That’s a long wait in a sit down restaurant, let alone a place where you order at a counter! Someone did eventually come out and apologize for the wait but I was so over it by then. I’ll take my business to Chipotle next time. I bet they even make a better margarita and the bill won’t be $45… End rant.

Seriously, nothing of interest occurred on Saturday. Except maybe Joey painting over the red in our “dining room.” We had some leftover gray from our living room that actually covered the FOUR COATS of red we used. Who let us do that?! Our apartment complex will re-paint everything for us but they don’t deal with red so we needed to get rid of the evidence 😛 Mean while, I got my hair cut, went to the grocery store and made 4 pizza doughs. If you think that makes me an unhelpful girlfriend, then that makes two of us.

Today has involved a 6 mile run, which exhausted me 😦 and a CSA tour at our farm (which is Red Wagon Organic Farm in case you live in CO and are curious). 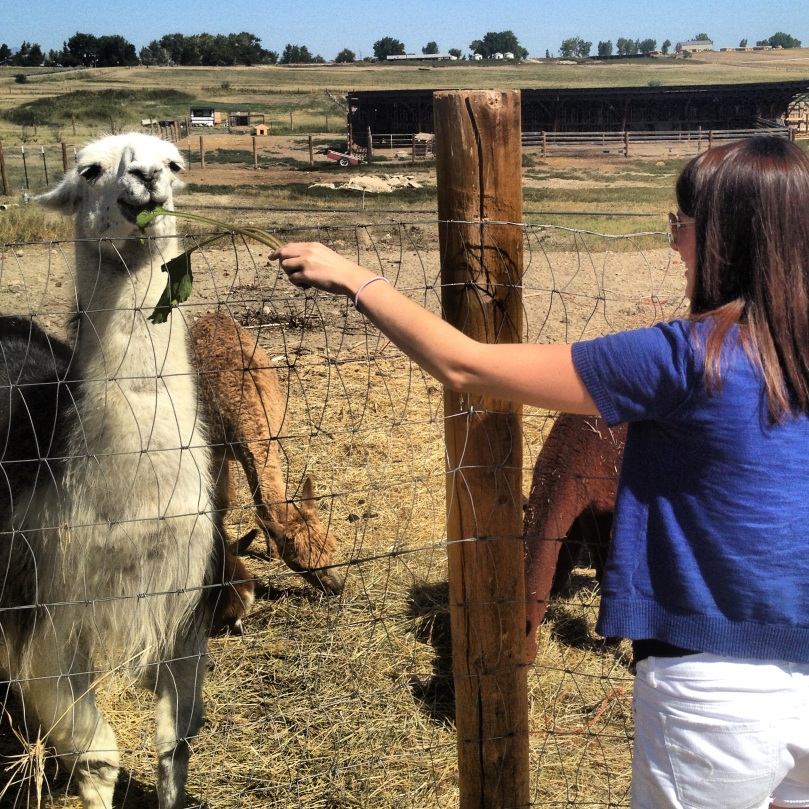 We drank mint water (uh yum!), took a hay ride over to the hoop house where they grow their zebra and heirloom tomatoes and fed some llamas. I climbed into the wagon for the hay ride and a lady (with A LOT of empty space next to her!) didn’t move over for us and we were so crammed/about to fall out the back of the thing. I was sitting uncomfortably close to her and she didn’t even seem to notice. Some people. Anyways, I also saw a llama running down a hill at full speed and now life before that moment feels meaningless.

P.S. We forgot to take our trash to the dumpster on our way out to the farm so before stopping at Buffalo Wild Wings to watch the early football games, we did this to avoid smelling up the car. Classy, eh?

P.P.S. I sat through an hour and a half of football with five guys before calling it quits and taking myself to lunch at Whole Foods. I don’t know why Joey thought it was a good idea to bring me or why he wouldn’t let me bring a book or why I thought they’re might be any non-football related talk that I could take part in. Never again 😛

Did you enjoy playing sports in school when you were younger? Or were you also sneaking to the back of the line every time it was your turn to kick or hit some kind of ball?

What is your favorite cocktail? This question need only apply to of agers.

Are you a football fan? Or do you also wish people would put as much thought, energy and time into everything as they do fantasy football?