Gosh, I love Memorial Day Weekend.  Because A) 3-day weekend, duh B) I consider it the unofficial kick off to summer and C) the annual running of the Bolder Boulder!  What isn’t there to love about any of those things?  Despite the scary thunderstorm we had every.single.afternoon. all weekend, it just felt so damn summery and my happiness was at an all time high as a result.

Confession: I’m obsessed with Yelp.  I don’t visit a restaurant without first consulting my fellow Yelpers’ reviews and I don’t go to a restaurant without adding my own review afterwards.  I was recently granted Elite status on Yelp, which turns out, means I get invited to a ton of cool events, including shows at the Buell. 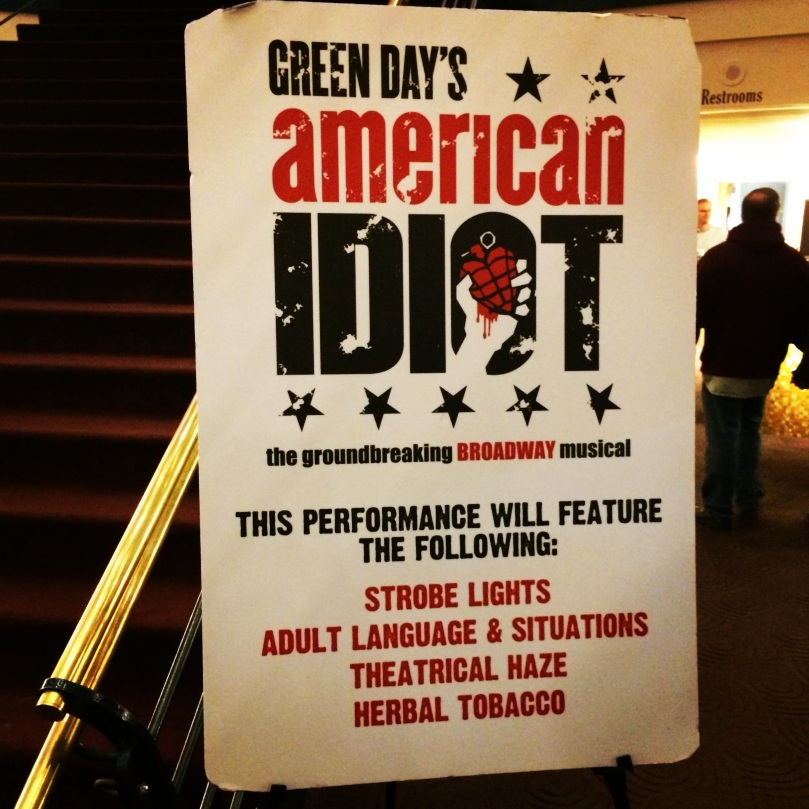 We got two tickets to American Idiot in the orchestra section (right up front!!) and it was AMAZING!  I should preface by saying I thought this show looked so stupid and I’m not a Green Day fan, but my opinion on something has never done a complete 180 quite a quickly as it did after seeing this!  I seriously loved it and now I have 5 Green Day CDs on my iPod.  Send help. 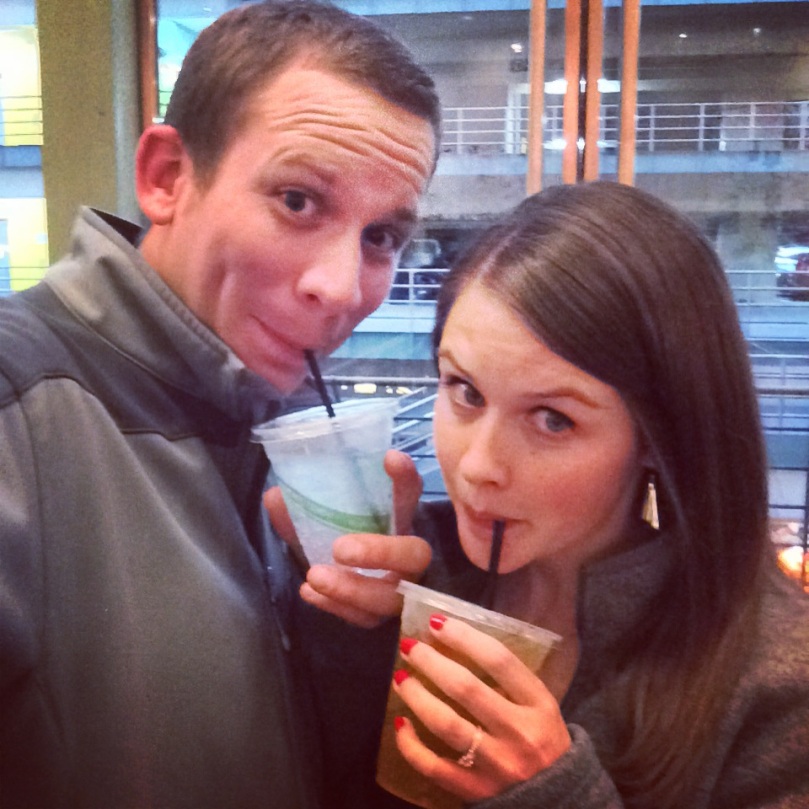 So in other words, I was wrong about American Idiot, I was wrong about Green Day but I was right about thinking drinking mixed drinks from a cup with a lid and a straw would be fun.  It is!  Also, Yelp is even better than I thought it was.  I just don’t think I can ever go to the Buell again and not sit in the orchestra section.  I’ve been ruined forever! 🙂 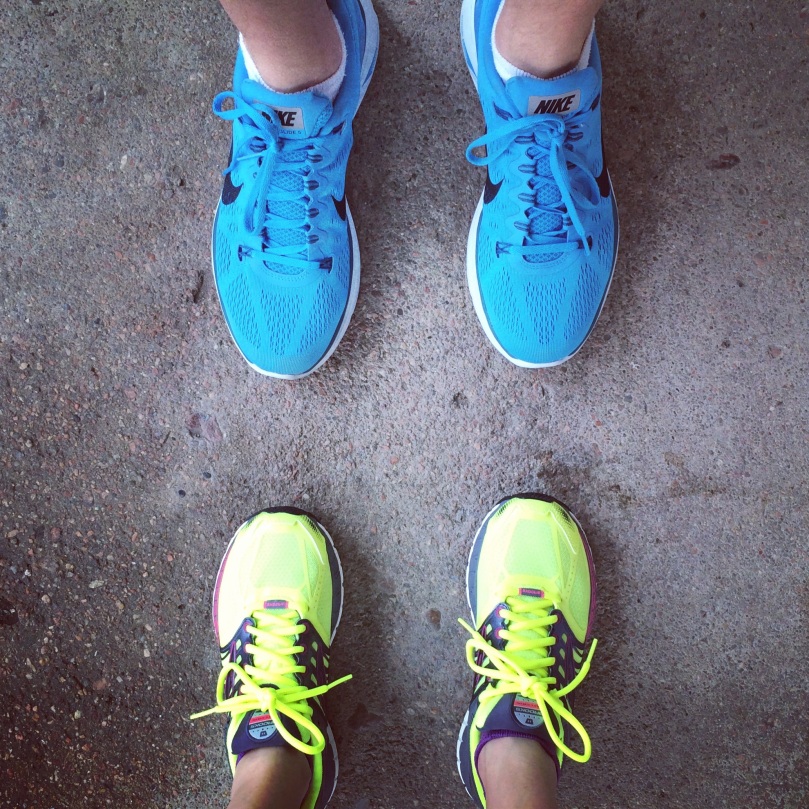 Saturday morning started like this.  This is the third pair of running shoes I’ve purchased this month.  I started with a size 6 1/2 and by the third pair I was at a 7 1/2.  I was bad and brought my debit card, you know, just in case we decided to stop our run short and grab coffee.  Or maybe I planned to do it that way?…

The afternoon was filled with a facial, an amazing fajita salad and our invitation design meeting.  We should be seeing proofs by the end of this week and I’m so incredibly excited!  I felt like we were ahead of time on the invitation stuff but our stationary gal made me feel like we were in a rush to get these printed, ahh! 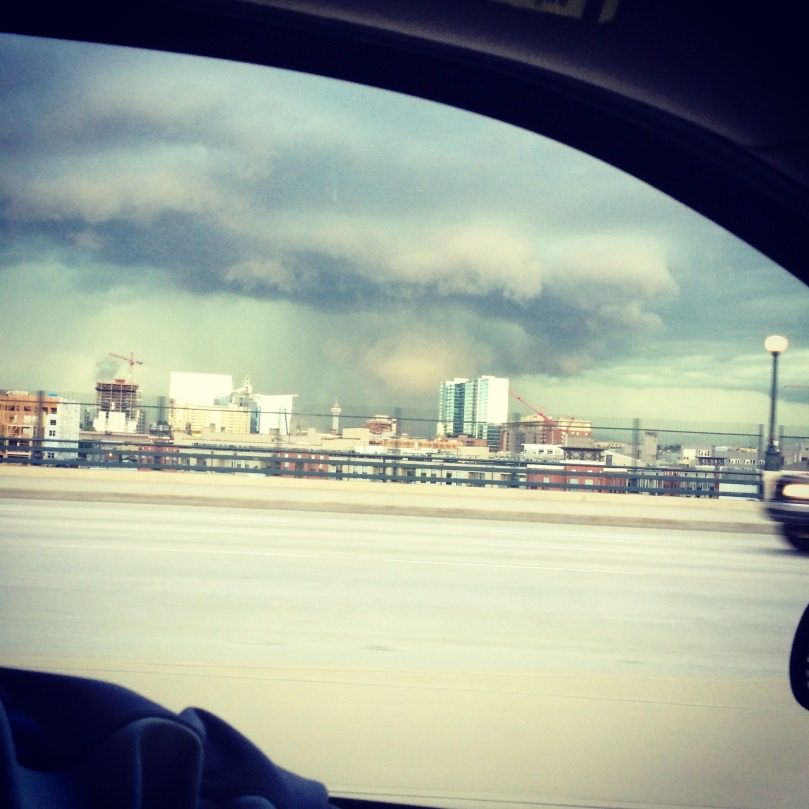 We planned on heading downtown to hit up a food truck for dinner, but we were driving right into this cloud and it was making me seriously nervous.  It was looking a little tornado-y for my liking so we promptly turned around and headed home. 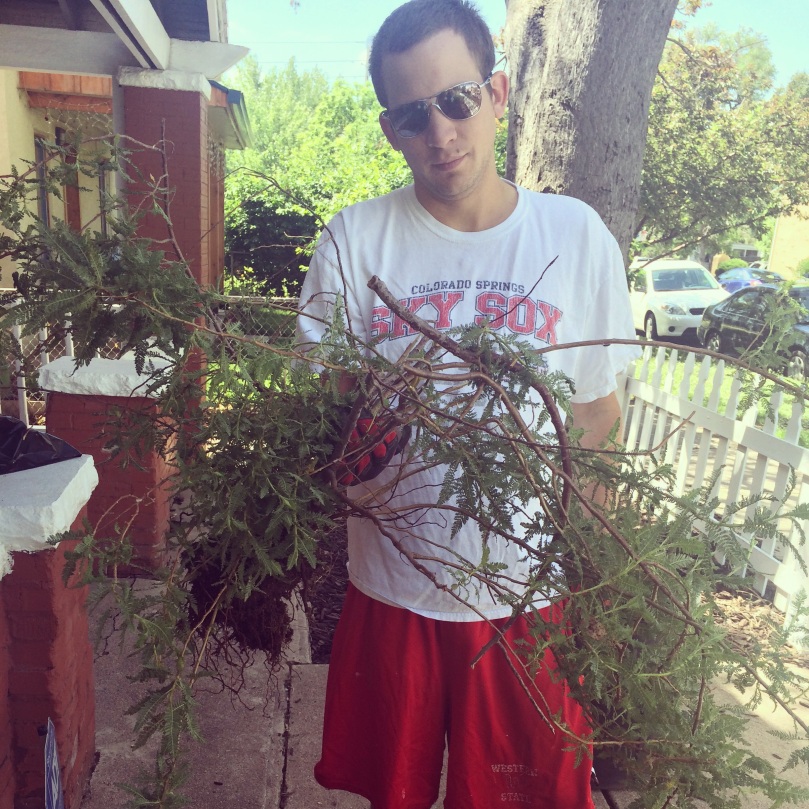 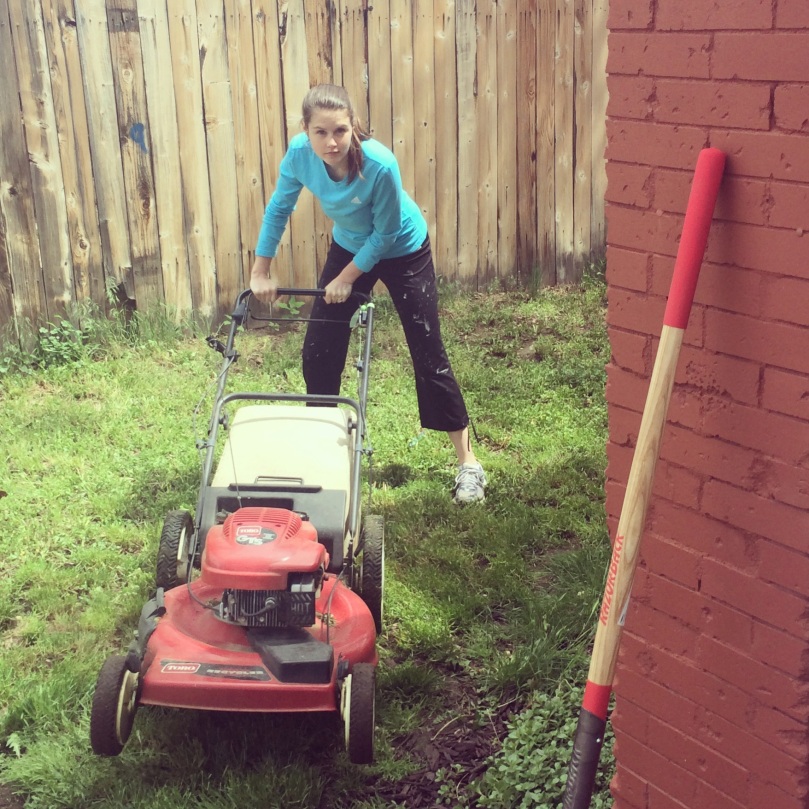 Sunday was all about yard work.  I mowed the lawn!  Confession #2: I’d seriously never used a lawn mower before Sunday.  I know… Now you know the spoiled childhood I lived.  But I fully intend on acting like an adult and helping with the mowing at our own house from now on.  After that and some weed pulling our yard looked 100x better. 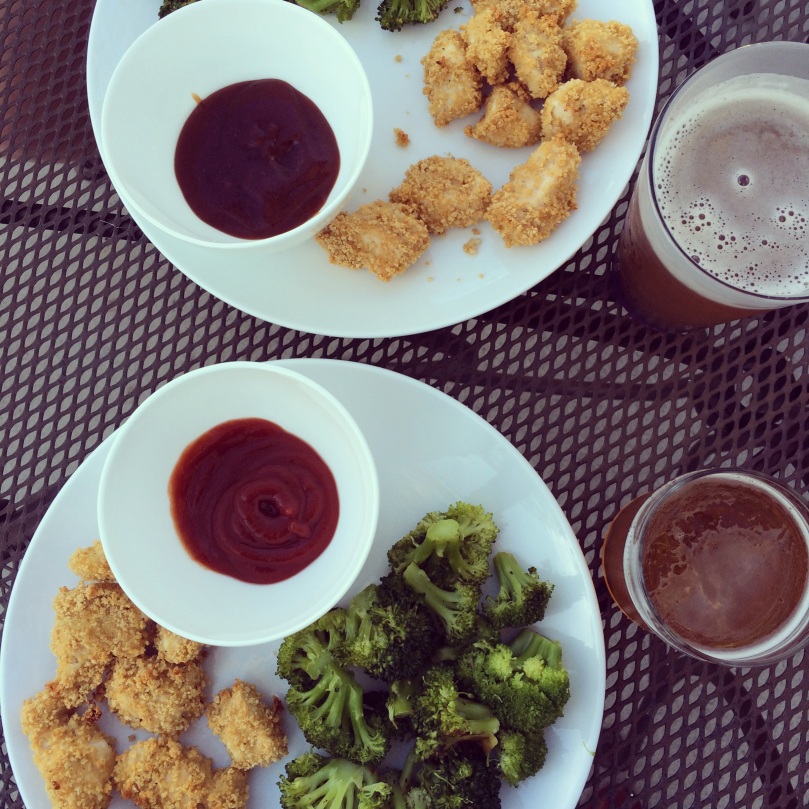 Rounded out Sunday night with homemade chicken nuggets, compliments of Chef Joey.  Ketchup for me, BBQ sauce for him.  He used this recipe, which is actually for fish nuggets (that we’ve also made and loved), but used chicken instead and they turned out fabulously.  The chef and that recipe are the best!  Dinner always tastes better when someone else cooks for you 🙂 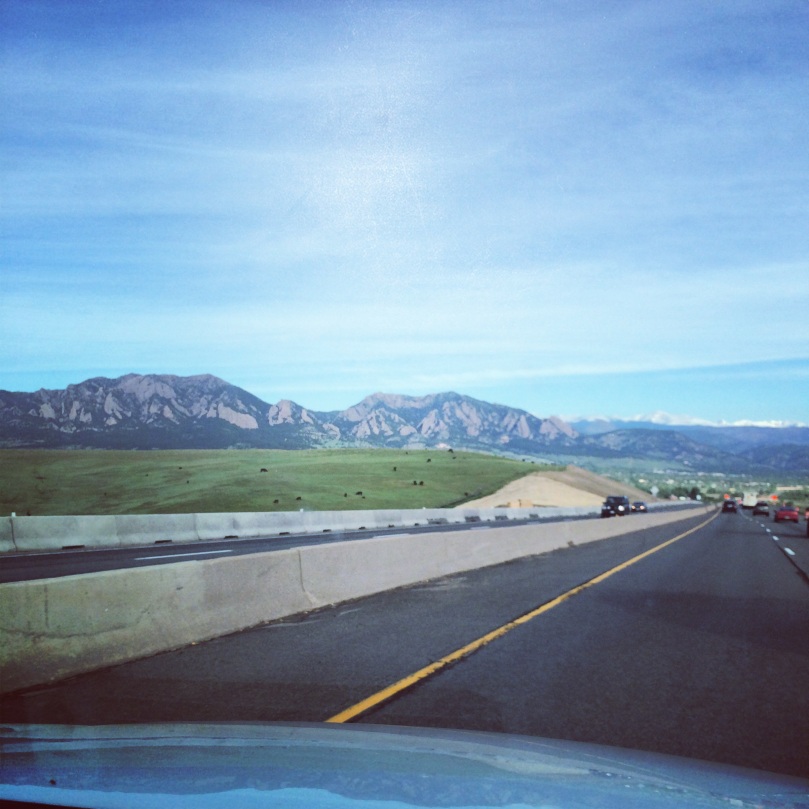 Doesn’t the drive into Boulder look fake?!  Those happy little cows, those flatirons, that snow way back there in the background.  It’s breathtaking.  And it was also perfect weather for the Bolder Boulder, aka my favorite race ever.  Not going to lie, this was the most unprepared I’d ever felt for the race, but I ended up running the whole thing pretty easily.  Extremely slowly, but still pretty easily.  And in a pair of shoes that I’d only run in once before.  That’s a serious racing no-no but I like to live dangerously.

Much lounging was required afterwards.  Also, seriously can’t get over how blue the sky is in Colorado.  I may or may not have just stared up at it for half an hour while Joey was hard at work cleaning off our grill.  Couldn’t help it, I was mesmerized. 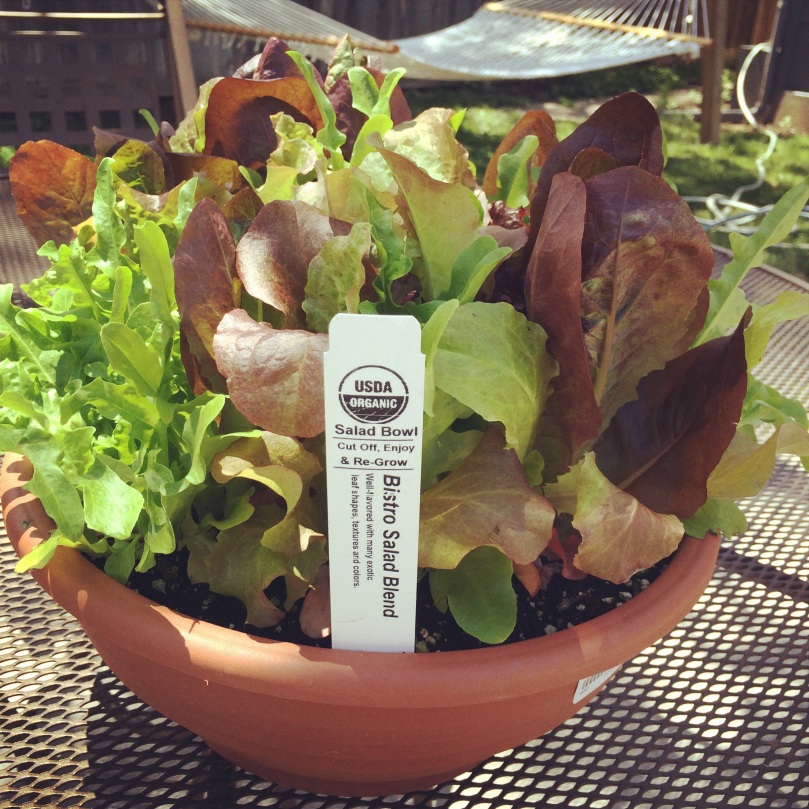 Oh, and I bought this “Salad Bowl” at Whole Foods after the race and am so excited to cut me some fresh greens for big summer salads.  Let’s not discuss the price of the doormat that was the real reason I even went to Whole Foods.  Needless to say, I did not end up buying one. 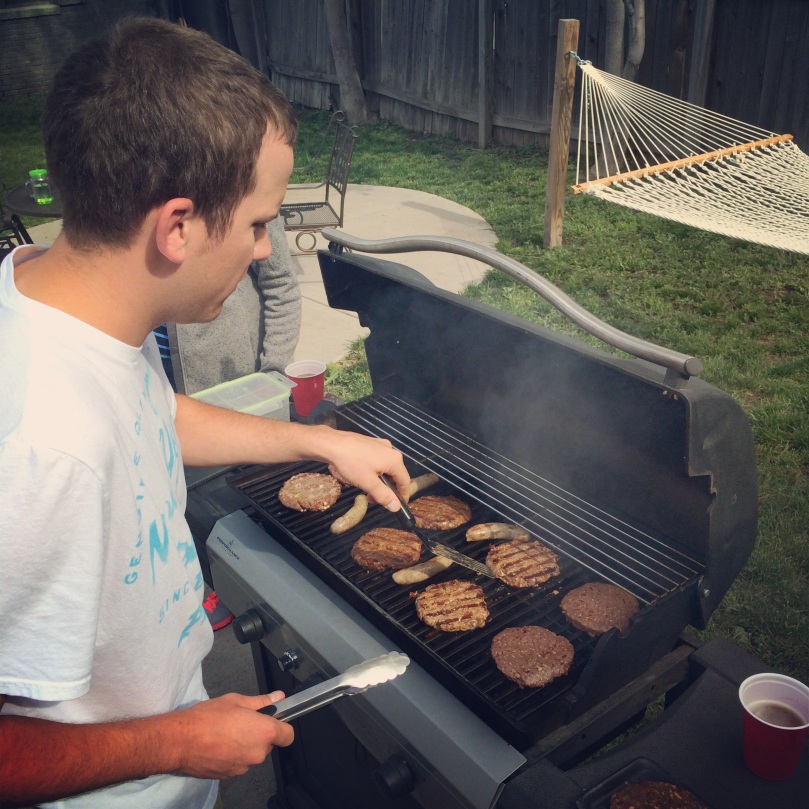 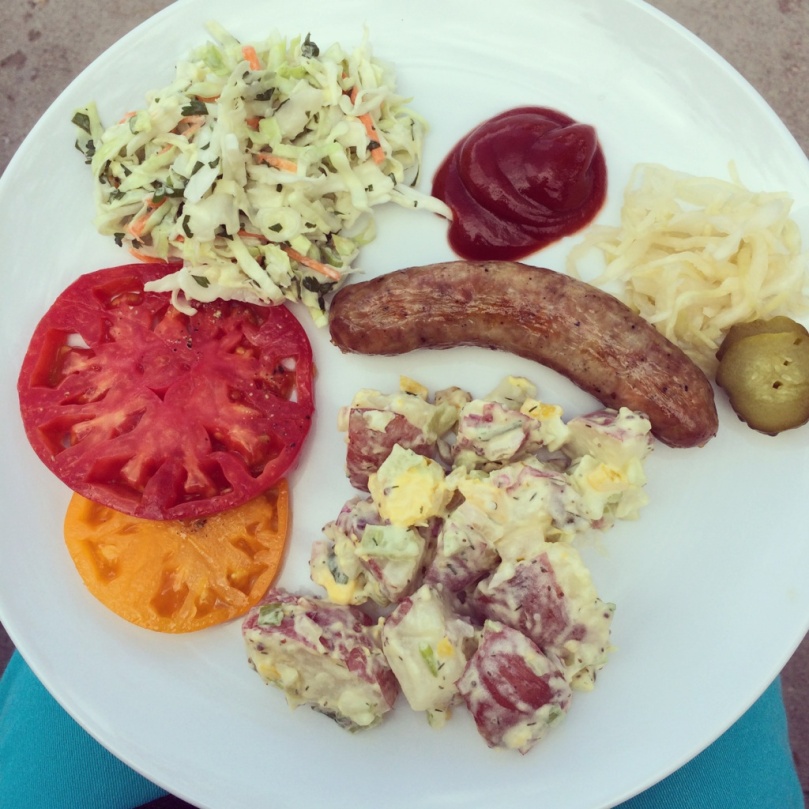 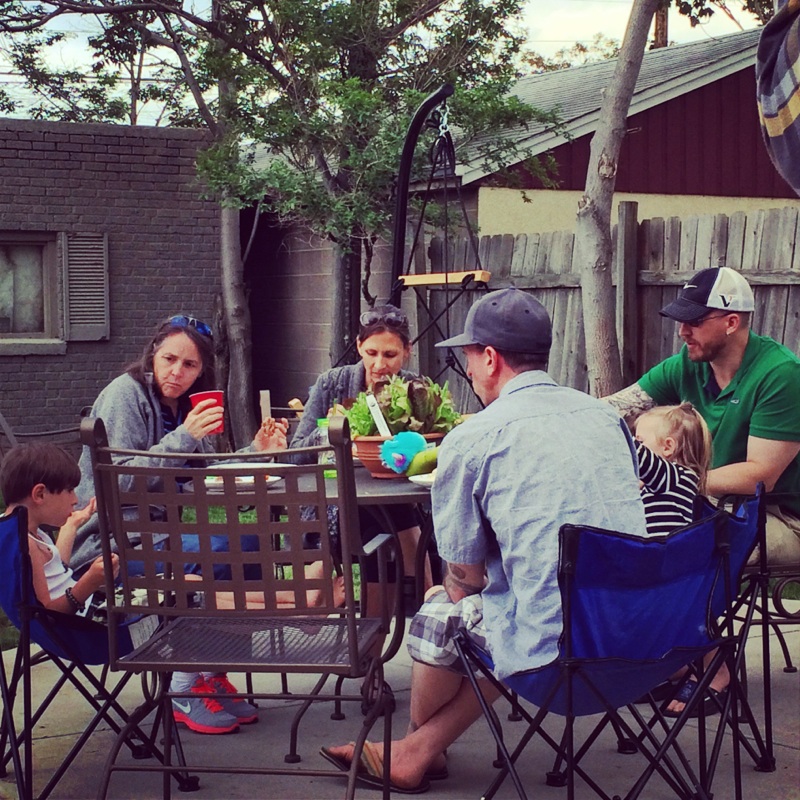 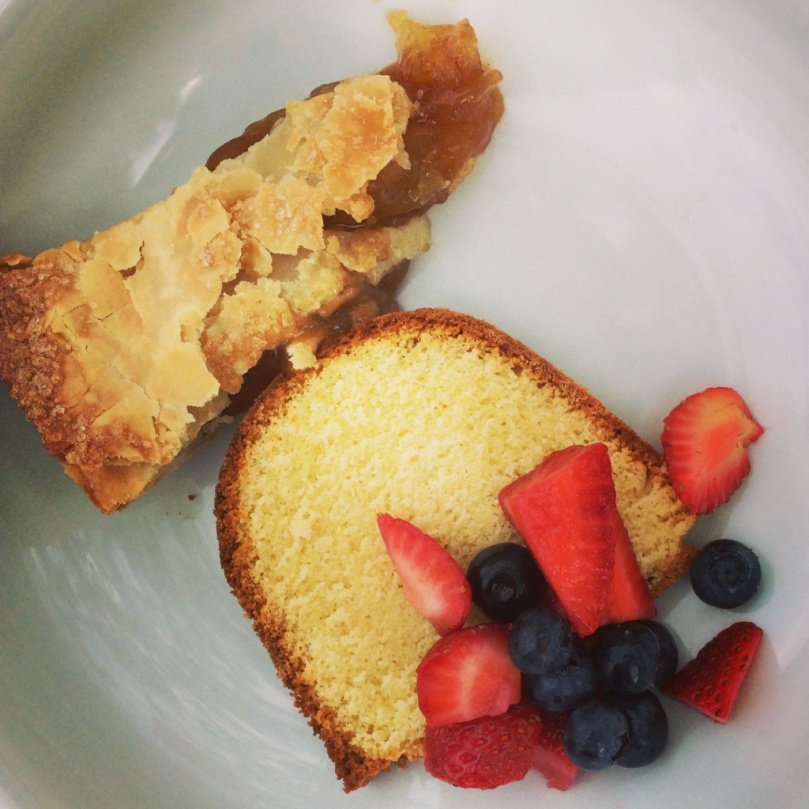 We ended Memorial Day with a little family BBQ at our place!  My mom not only supplied, but made all the food — except that apple pie 🙂 — which I think means she’s either a saint or Super Woman.  Possibly both.  Joey manned the grill, I frantically washed dishes, when I realized we had zero paper plates or plastic silverware and half our dishes were dirty, and my niece and nephew got into any and everything, as kids do 😛  I think it was an overall success.

Weekend Events that Went Uncaptured: our second go at kegging (my hefeweizen is on its way and thank god because we just ran out of Joey’s IPA!), Joey chasing a moth around our kitchen while I hysterically ran from the moth, booking an officiant (!!) and a billion episodes of Mad Men.