Good morning!  How was everyone’s weekend?  Mine was great, because A) fall in Colorado this year seems to be more beautiful than I ever remember it being and B) Denver Rock’n’Roll weekend!

We kicked things off on Friday with a trip to the race expo.  Honestly, I usually love the expo — what’s not to love about free mini Larabars?! — but the turnout was kind of disappointing this year.  Aka no Larabars!  Actually, we barely saw any of the tents we usually see.  Joey had to shush me when, on our way out, I mumbled “Turn back, there’s no Larabar samples!” to those runners just heading into the expo 😛 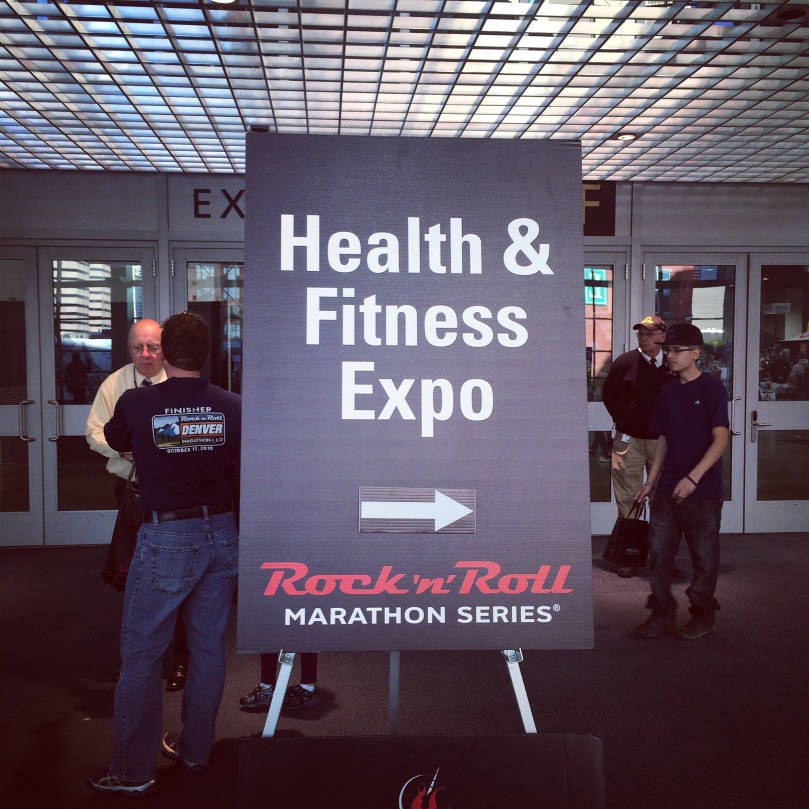 Afterwards, we booked a weekend trip to Texas — should I regret this decision? — for the Cowboys game and went out to dinner with my family.

Saturday started with some sleep in action (for me at least…) followed by homemade Pumpkin Spice Lattes and pancakes topped with those apples I was talking about.  There’s a coffee shop nearby that makes their own pumpkin spice syrup (with REAL pumpkin!) that we originally planned on going to but my aforementioned sleep in set us back so homemade (still with real pumpkin!) it was.  A bit sweet but otherwise delicious!

We spent the afternoon at a birthday party for Joey’s cousin’s son, complete with TONS of Ninja Turtles loot, a piñata and a homemade pirate cake.  The weather was sooo nice that day so we spent a majority of the party outside in the backyard (I even wore a dress!)  I wasn’t kidding about fall being extra beautiful this year!  Afterwards, we spent some time cleaning up our wedding stuff.  Yeah, we still hadn’t done that… and I’m happy to say our backroom is officially cleared out.

We kept it pretty low key for the rest of the night.  The worst part about running Sunday morning races is it means an EARLY morning and thus an early Saturday night.  But I still deserved a pre-race beer sample, right?

5:45 AM came way too fast the next morning!  But I was ready to attempt a 10K after not much running in the past month and having not run 6.2 miles since the Bolder Boulder… The 10K start line was actually pretty close to our house and we got there and parked with a good amount of time to spare.  Um, that NEVER happens!  I almost always miss my race wave.  Go figure that there were no waves at this race.

The race went really well!  I should probably stop letting myself believe that a 10K will kill me 🙂  Actually, the whole thing went by relatively quickly.  They only had the first mile marked so I had no idea where we were until we ran up to the state capitol building (literally through the parking lot — so cool!) and I realized we were already at the finish.  The 1st place half marathoner finished RIGHT BEHIND us.  That is so crazy fast!  We stood by the finish line to cheer on the other runners and got to see the first female half finisher go by. 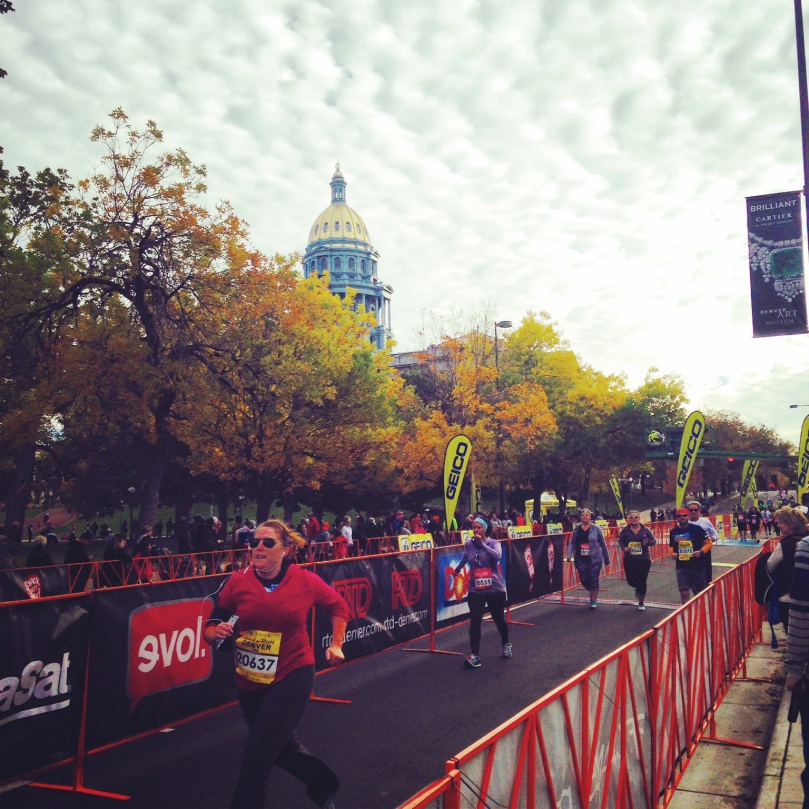 I love this race.  I never fail to feel empowered and inspired afterwards.  Joey and I have already agreed to sign up for next year’s half.  I’m feeling ready to jump back into it and challenge myself.  Now if only I could work on that whole speed thing.  P.S. It was just a little bit colder than I would’ve liked it to have been.  I was fine mid-race but walking around afterwards I was freezing!

We took ourselves to breakfast afterwards and just barely missed the Denver brunch rush.  No wait, the Denver Brunch Rush.  It’s real and it’s not to be taken lightly.  Last time we tried to eat at Jelly, we showed up and the restaurant was closed due to a power outage so we were excited for another shot at eating there.  I dove headfirst into a piping hot almond milk latte (see above comment about being freezing), while Joey treated himself to a Bloody.  I’ll be honest, I liked Jelly but it just seemed a little bit too similar to Snooze and between the two, Snooze wins by a mile! 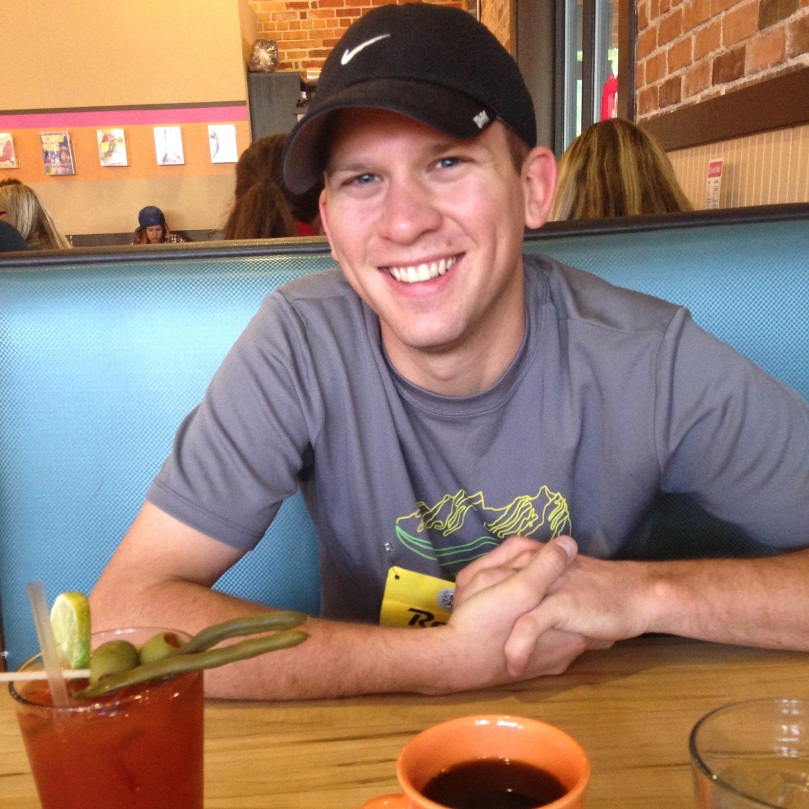 The rest of the day was spent grocery shopping (that Whole Foods bulk aisle, ay yi yi…), hanging out in the kitchen (more apple pie filling, some granola and pomegranate arils) and Joey chasing me through the house every time the Cowboys scored so that he could pick me up and yell (please send help!).  Plus some reading, Gilmore Girls-watching and spaghetti squash-roasting.  Have I mentioned how much a love fall?

P.S. Does anyone have any good restaurants recommendations in the Dallas area?