Sometimes Mother Nature is like “Hey, looks like you’ve overextended yourself this weekend.  How bout I make it pour rain and snow and clear some of those Rockies game out of your schedule?”  She’s cool like that. 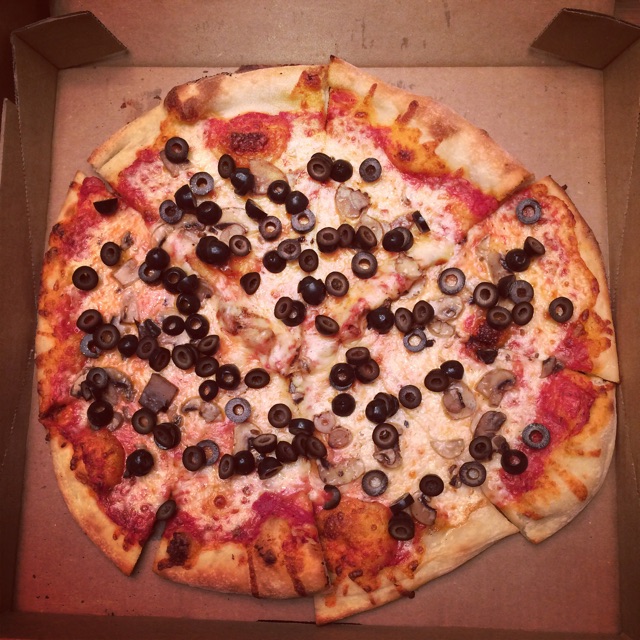 So instead of going to Friday night’s Rockies game (which they actually did play some of but I was not about to sit in the rain to watch), we hit the grocery store and seeing as it’s Friday Pizza Night at Whole Foods, we picked ourselves up a pie for dinner.

Are black olives not the best pizza topping ever?  Took me right back to my childhood.

Since we were hosting Mother’s Day Brunch, the first half of Saturday was all about prepping food and cleaning the house.  Seriously though, entertaining is the best way to ensure that you regularly clean your house.  After most of the prep was done, we took ourselves up the street to Denver Beer Co. 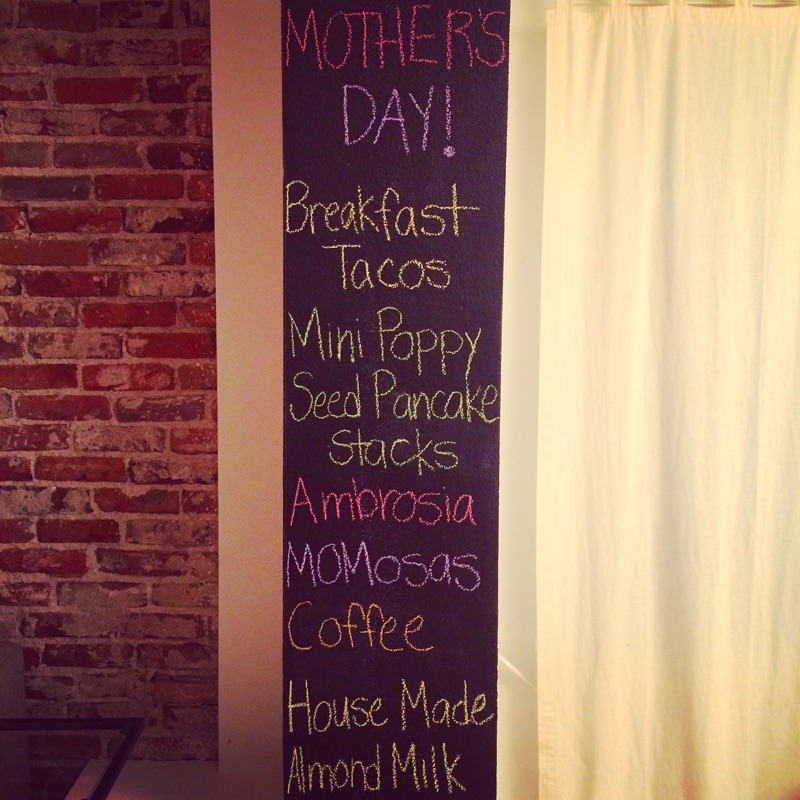 Remember how it SNOWED last Mother’s Day?  Yeah, it snowed again this year.  I should probably stop thinking it will be nice enough outside for us to have people over and be able to sit outside.  How is it two weeks from Memorial Day — the day I usually consider the unofficial kick off to summer — and we still have snow?

Not even gonna pretend to be upset about having taco extras for lunch leftovers this week.  We had a slight, okay TWO slight, mishaps with our coffee maker (apparently, it’s not up to the task of making an entire pot of coffee) but eventually, Joey and Lori got things working right and of course, MOMosas 🙂

My sister was working that morning so we had to give our mom separate Mother’s Day celebrations 😦  I got my mom a bar spoon, you know so she can make “a pitcher of martinis!”  I sure hope she’s sharing that pitcher!  That picture happens to be right after she tried to hang the spoon from my nose.  I told Joey this was a good looking picture and his response was that he always looks good, so no surprise.  So humble, that one.

We spent the second half of the day at Joey’s aunt and uncle’s.  There was homemade German Chocolate Cake and that’s all you need to know.  P.S. Penultimate episode of Mad Men… noooooo! 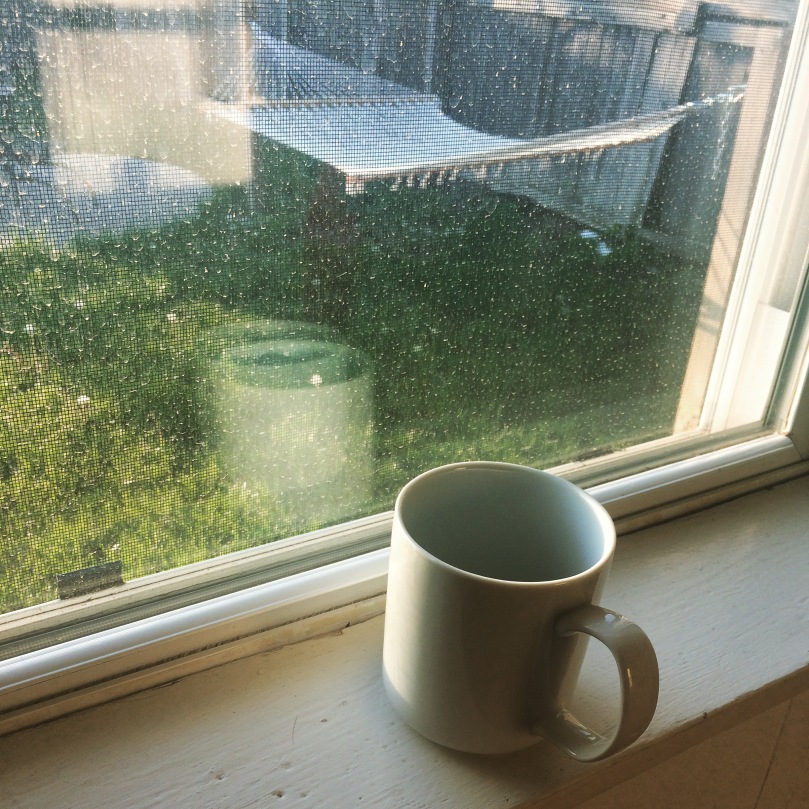 In other news, THE SUN IS BACK.  It’s supposed to warm up this week and I feel so good about that!