At the beginning of the summer, I set a goal to read six books.  We’re just 10 days into August and CHECK!  I marked that sixth tally on my Summer Bucket List on Saturday and it felt so good.  I mean it took me like four days to finish the last eight pages of that sixth book, but whatever.  Now, I’m in between books and it feels so wrong.  I’m waiting for Amazon to deliver this one to me tomorrow, so I guess I’ll just have to immerse myself in Olympic swimming until then.  Not that that’s hard.  PHELPS PHOREVER ♥

Here’s what I read this summer! 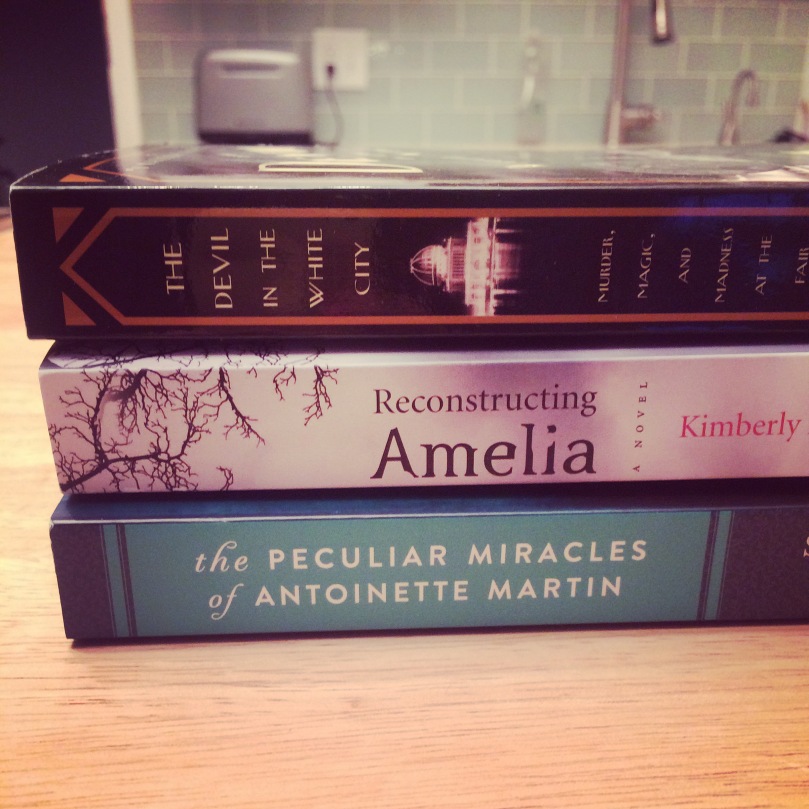 The Life We Bury

So this book wasn’t perfect.  The main character was unexplainably DUMB towards the end, it all wrapped up just a little too neatly and I didn’t give a $#!% about the main character’s relationship with his neighbor, but I really really liked the main character.  I liked that he was tough but had the biggest heart and that it showed in the way he cared for his younger brother.  I do really wish we’d had more interaction with Carl, as he was pretty much the catalyst for the entire story, but overall I enjoyed this one.

Surprised the heck out of myself by liking this one quite a bit!  I saw the movie at an advanced screening a couple of months ago and even though everyone else cried through the entire ending, I was like “god this is cheesy!”  But then I read the book and it gave me so much more than the movie.  All the gaps were filled in, all the characters were so well fleshed out and okay, I still didn’t cry, but I got pretty close.  Fellow readers, are Jojo Moyes’ other books worth reading?

The Devil in the White City

Can you even believe the World’s Fair in Chicago existed??  It sounded incredible and the history nerd in me loved all the facts and behind-the-scenes information this book provided but it all seemed a little drawn out for me.  I got too much of a research paper feeling and not enough of a connection to any of the characters.

This is the story of a privileged young woman being abducted by a complicated young man.  It’s also the story of a desperate mother, a failing marriage and a good-hearted detective.  The evolution of both of these central relationships was really interesting and Detective Hoffman was such an easy-to-root-for character but I didn’t particularly like the way this one ended.  Too much stock is placed on plot twists these days.  Also, Mia, the “main character” is almost exclusively shown through the eyes of other characters and I thought that was a really weird decision for the author to make.

I liked this book a lot, though after this and All the Light We Cannot See, I think I need a break from World War II stories.  It’s all so heavy!  I loved the French aspect, the sister aspect, the strong female character aspect and the semi-twist at the end.  Prose-wise, All the Light We Cannot See is far superior, but this story was equally interesting.  Also, my mom and I were supposed to be reading this together and I’m fairly certain I’ll have forgotten the plot by the time she finishes it 🙂  (Just calling you out on the internet, Mom.)

The Secret Life of Anna Blanc

So this was interesting… the author of this book actually lives in Denver and attended our book club meeting!  It takes place in 1907 L.A. and Anna Blanc is a spoiled desperate-not-to-end-up-a-spinster socialite, who secretly takes a job as a police maiden and gets wrapped in a serial killer mystery.  I wanted to like it, but Anna was just annoyingly stupid and never got any less stupid.  The author explained that she wrote her main character that way purposely and cited Scarlett O’Hara as inspiration and okay, that made me hate Anna a little bit less but this still wasn’t my favorite read of the summer.

I’ve got Reconstructing Amelia, For Whom the Bell Tolls and Between Meals: An Appetite for Paris on the brain for my next few reads, but what else do you recommend??