Last night, as the Closing Ceremony came to an explosive end, I asked Joey to be extra nice to me this week, as I’ll be suffering from Post-Olympic Depression.  Only sort of kidding, because I let myself get SO wrapped into the past two weeks of elite athletic competition that life afterwards feels abruptly ordinary.  For two weeks, the whole world came together to watch the best of the best put their all into their events and that communal feeling was so real and strong and wonderful.  Why does it all have end?!

So what are we to do after a Summer Olympics that gave us “Phelps Face,” Aly Raisman’s parents and a triple-triple?  A “Best Of” montage, of course!

The Opening and Closing Ceremony

Probably don’t need to see Giselle walk that long of a runway ever again and I would settle for an abbreviated version of the Parade of Nations, but these ceremonies are always so fun to watch.  May we all remember the flag-bearer from Tonga for the rest of our days.

Gold AND Silver in the Women’s All Around Gymnastics Final

I think we all knew Simone Biles would win gold and don’t get me wrong, I was so excited when she did, but Aly Raisman’s silver-medal performance almost made me cry.  Her routine was flawless and seeing her get so emotional afterwards was so moving.

Michael Phelps is retired and it’s girl power time!  Was Katie’s confidence in and out of the pool inspirational or what??  Watching her swim that 800m, finish WAY before any one else AND beat her own World Record was exhilarating!

Zac Efron Shows Up in Rio

I was pretty sure he was already in Rio but it turns out that was just Michael Hixon.  Part of me was embarrassed for our women’s gymnastics team’s reaction to seeing him and the other part of me knew that I’d probably react the same way.  Look, we ALL love Zac Efron, let’s just be honest.

Usain Bolt is the Best… But Seriously

Had to Google it to see if Bolt is his real last name.  It is!  How apropos.  I know I’m supposed to root for my own country, but how can you not want Usain Bolt to win gold every single time?  And he makes it look so easy.  And so fun!

Guys… I was super into diving this year!  I watched the prelim, semifinal and final for men’s 10m platform diving on Friday/Saturday and found myself saying things like “I cannot believe Tom Daly didn’t even make it to the final!!!” to people who didn’t even know who Tom Daly was. 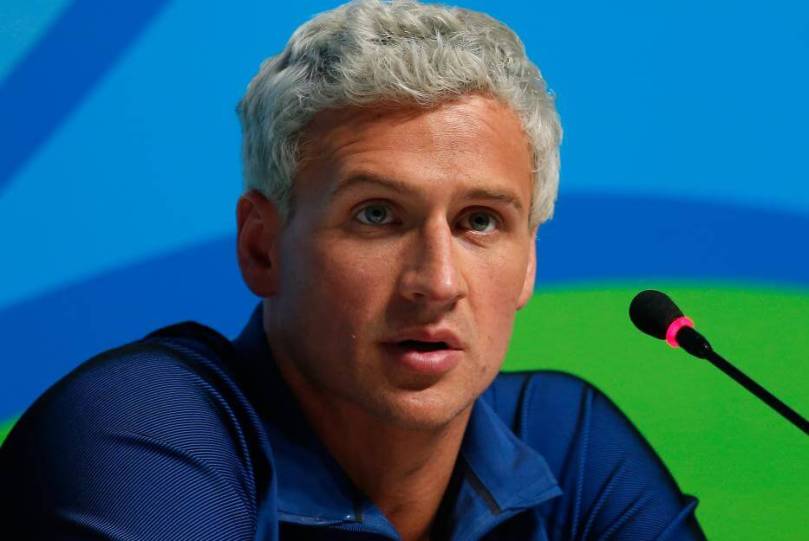 Ugh.  Please excuse our bad example of American entitlement.  I want to give Ryan Lochte the benefit of the doubt and believe that being drunk and being asked to fork over money in a language you don’t speak really would be a confusing situation, but come on now.

My love for Michael Phelps is both deep and complicated.  Ironically, I just re-read this post that I wrote in 2012 where I referred to him as our “Olympic poster child” and talked about his retirement.  So much for either of those things after getting his SECOND DUI and coming back out of retirement.  But, that DUI seemed to be a real wake up call.  He may have came in second during one race and he might have needed help pulling himself out of the pool after that relay but for real, I am SO proud of 2016 Michael Phelps.  He seemed so much more of a team player, so much better of a human being and so much happier about it all.  He truly is the GOAT!

In all seriousness, I am SO EXCITED to go to bed before 11 o’clock now that this Olympic business is over.