Earlier this week, I came across a list of “the best fictional boyfriends.”  While I agreed with some of the first picks, I started saying “meh” when I reached George of the Jungle (including him in a list means having to admit to seeing that horrible movie) and was straight-up outraged when Jesse Pinkman and Beast from Beauty and the Beast made the list.  If being a meth addict or having serious anger issues makes you the best, then we have some real problems here.

I basically spent the rest of the evening making a mental list of who the fictional characters I thought would make the best boyfriends.  I think it’s a little better, but I might be biased.

In no particular order:

Because that little curly-haired boy could not be cuter and that million-year-long relationship with Topanga is basically the definition of true love, determination and reliability.

2. Cameron James, 10 Things I Hate About You

Sorry, guys, Heath Ledger is dreamy in that handsome brooding rebel kind of way, but he still kinda makes a huge jerky mistake by taking that bet.  Cameron, on the other hand, totally innocent and totally adorable.  I debated putting Tom Hansen from 500 Days of Summer on here, but I think Cameron makes a better pick.  Same actor, basically the same character, just younger, more naive and therefore, a safer choice.

Please don’t even get me started.  I loved the O.C. when it was actually on TV, and I loved it again when my girlfriend and I watched episode after episode in our dorm rooms during college and I don’t even think Joey would be mad if I left him for Seth.  Brains, humor and his ability to perfectly tiptoe that line between geek and stud?  Say no more.  And please don’t mention that time that he strung Summer and Anna along.  He was a little bigheaded that season. 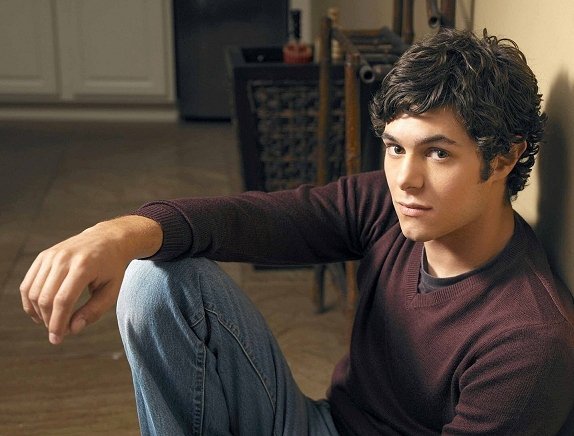 It’s hard to prove you’re perfect boyfriend material in the few hours that a movie lasts, but if you’re a total teen heartthrob and…AND you die for your love interest in the end, then you automatically make the list.  Is anyone else sad that Leo gets less and less good looking as he gets older, or am I the only one who thinks that?

Every Thursday, I hate-watch Glee and when I’m not complaining about every.single.thing. Rachel Berry does or how bad the plot is, it’s only because Blaine is doing something totally perfect and singing some song that I end up liking more than the original.  I don’t even care if it doesn’t make any sense.  And here’s the best part.  Even though Kurt’s voice sounds worse than nails on a chalkboard, Blaine has never said anything to him about it.  If only all boyfriends were that considerate.  Hmph, Joey.

6. Rhett Butler, Gone with the Wind

Frankly, my dear, I never understood what Scarlett saw in Ashley.  The guy always seemed like kind of a wet blanket to me.  And he wasn’t debonair, flashy and wildly inappropriate like Rhett.  All prostitutes, jail time and drinking aside, Rhett always seemed like the better, or at least more fun, pick to me.

This one was on the original list I read, and really, who can argue with this one?  Not only is Ryan Gosling gorgeous, but I just can’t knock a guy with that much perseverance.  A letter a day for an entire year?  Now that’s serious dedication.  He can build a house for me and row me out on the river any day.

8. Steve Brady, Sex and the City

Steve (and Smith!) always get looked over in the midst of the great Big vs. Aidan debate.  Lest we all forget that Steve is actually a total catch!  And remember that one time Miranda had a meltdown about Steve moving in and scaring him away with all her flaws and he says, “I’m not going anywhere.”  Yeah, that episode says it all.

9. Marshall Eriksen, How I Met Your Mother

Gosh, how adorable is Lily and Marshall’s relationship?  Sure, he takes the important stuff seriously, but Marshall is really just a big kid at heart, and I dig that. 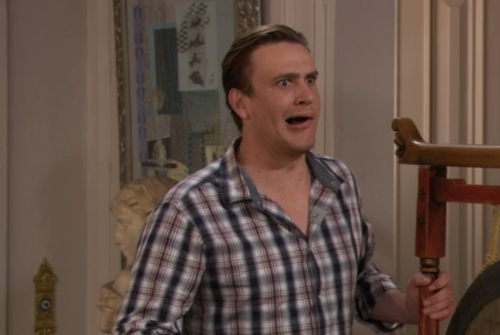 My mom, my sister and I went out for pizza last night and I declared that we were not leaving the table until we had come up with a tenth fictional boyfriend.  When Jude Law’s character got thrown out, we all automatically shouted “YES!”  Duh.  He’s beautiful and the Three Musketeers thing he has going with his two adorably English daughters might be the sweetest thing I’ve ever seen.  Ever.

I’d like to note that I wanted to put Jim Halpert on this list, but got a serious earful from Joey about how passive he is.  And this, coming from the guy who wanted me to include a character from Spongebob Squarepants.

So… agree?  Disagree?  Who’s missing and who shouldn’t be on the list?

8 thoughts on “The 10 Best Fictional Boyfriends”