I can’t think of a better way to impress upon you my excitement for Portland than to tell you that I seriously COULDN’T SLEEP the night before.  Like a kid on Christmas, guys!  Oh and also the fact that I bookmarked the ish out of Bridgetown (<– Portland’s nickname due to the fact that it has SEVEN bridges crossing the Williamette River, which runs through the city).  I mean we only had one full day there and I had about 40 restaurants, coffee shops, parks and donuteries (if that’s not already a word is should be) bookmarked on Yelp, so maybe that was kind of unrealistic but I couldn’t help myself.

We drove in late Wednesday night, let ourselves into our ADORABLE Airbnb apartment, ate a slice each of red velvet cake (priorities, people) and crashed into bed so that we could wake up and start exploring Portland right away!  First things first, breakfast! 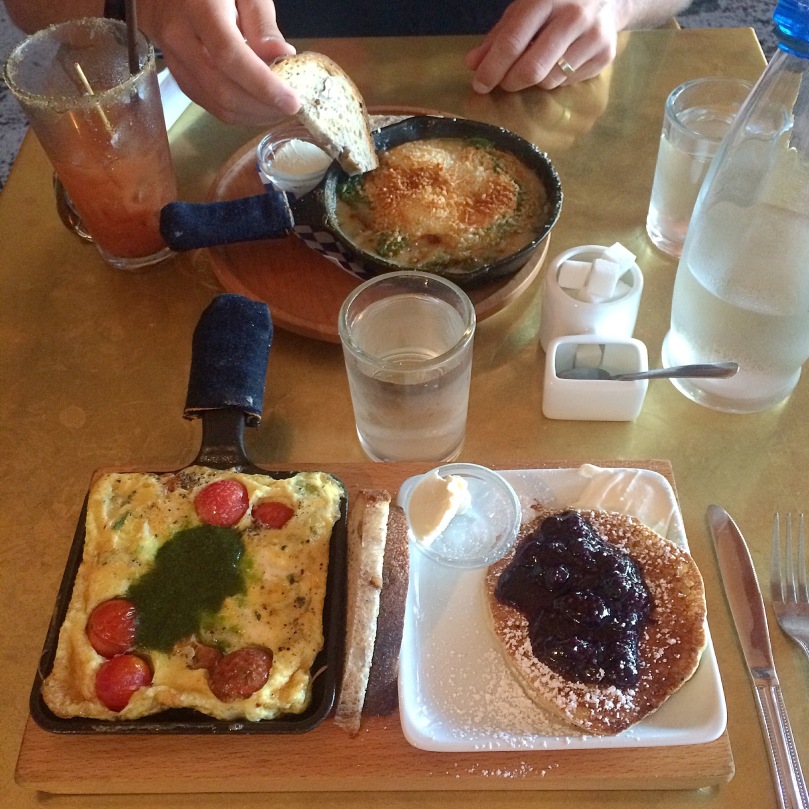 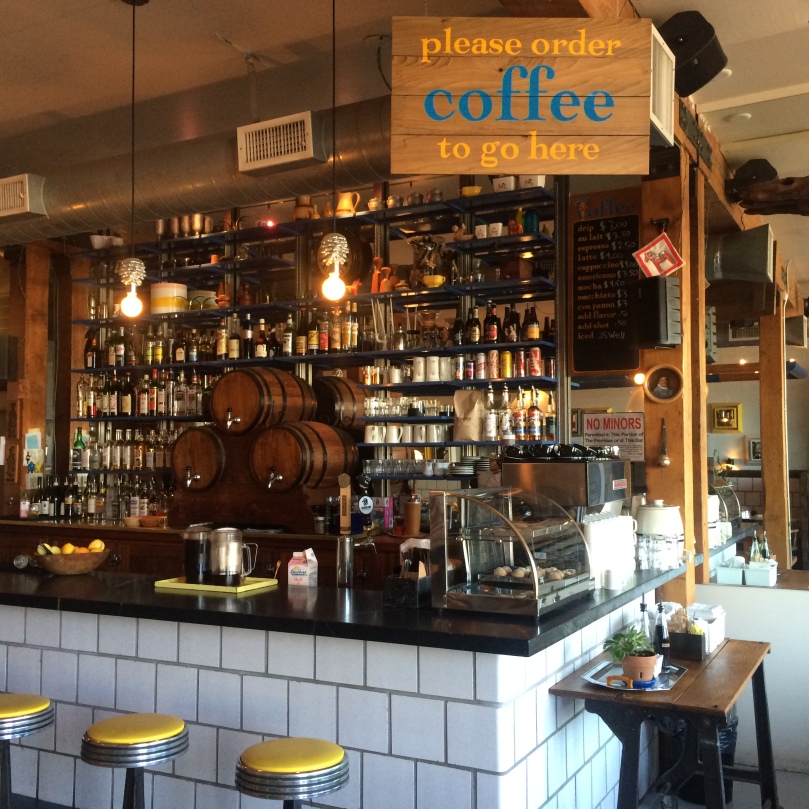 We hit up Bröder Nord and as soon as we stepped in the door we were hit straight in the face with restaurant décor magic.  We’re talking wooden birdcage structures, bright yellow bar stools, white subway tile, a giant mirror.  It shouldn’t have worked, but it absolutely did.  Then I gently coerced Joey into ordering a Bloody Mary so I could taste it.  I’ll be honest I ordered a baked egg scramble that I mostly dug through to find the pockets of goat cheese in.  It was so unseasoned.  But… Joey’s Lost Eggs were so creamy and flavorful.  So what I’m really trying to say is that Joey won the breakfast round that day (and probably every day). 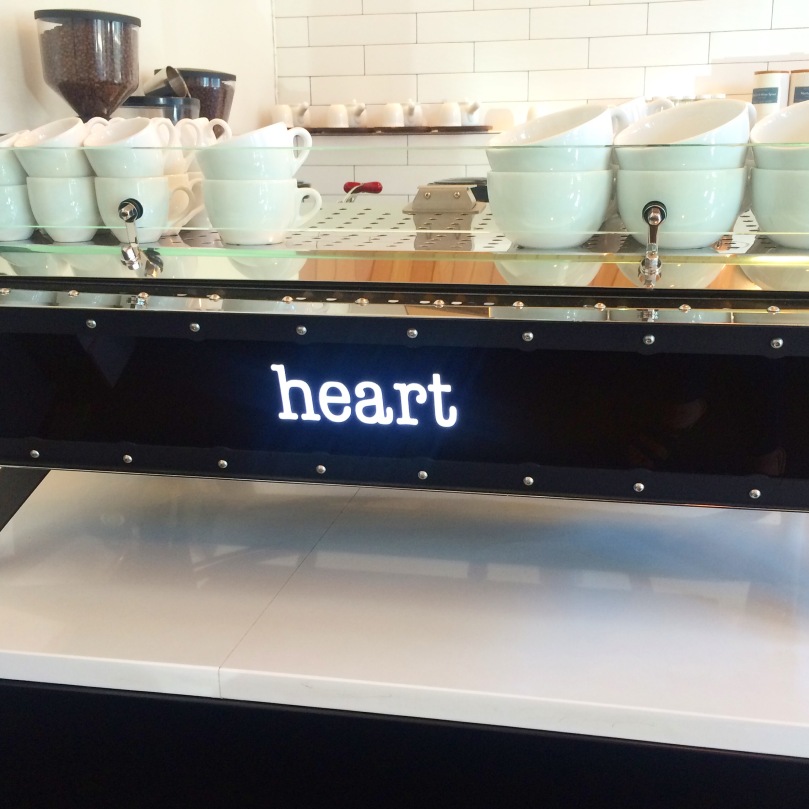 After breakfast, we headed downtown, wandered around outside the Courthouse, got coffee to go at Heart Roasters and spent a good chunk of time walking around Powell’s Books.  That place is packed with books of all kinds!  We flipped through a Denver guidebook that was painfully outdated.  Though those guidebook writers have their work cut out from them if they want to keep up with Denver brewery openings.  P.S. I’m so over house-made nut milk in lattes.  It ALWAYS tastes sour.  Never again. 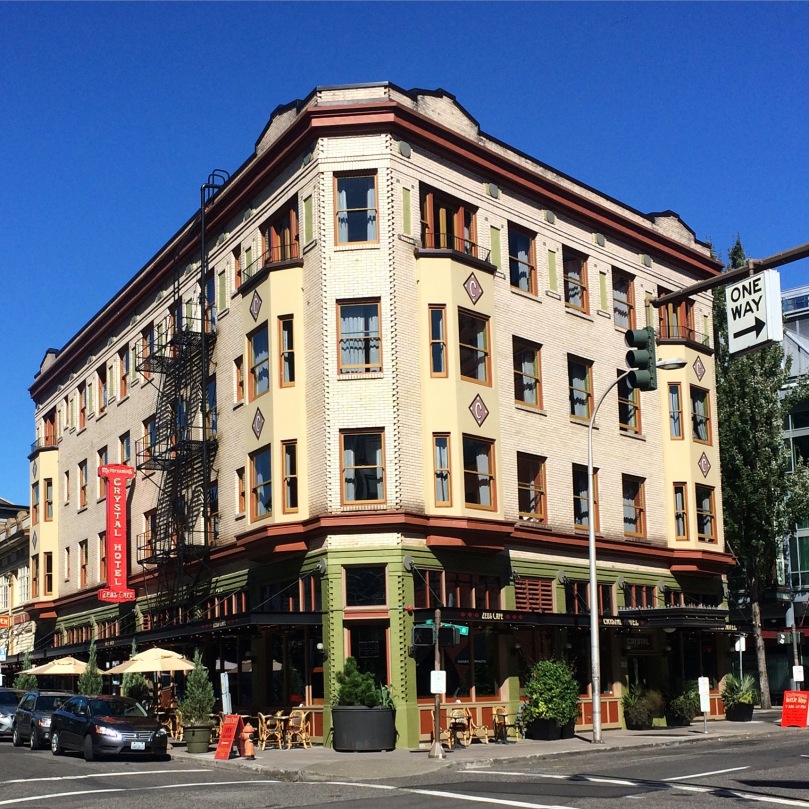 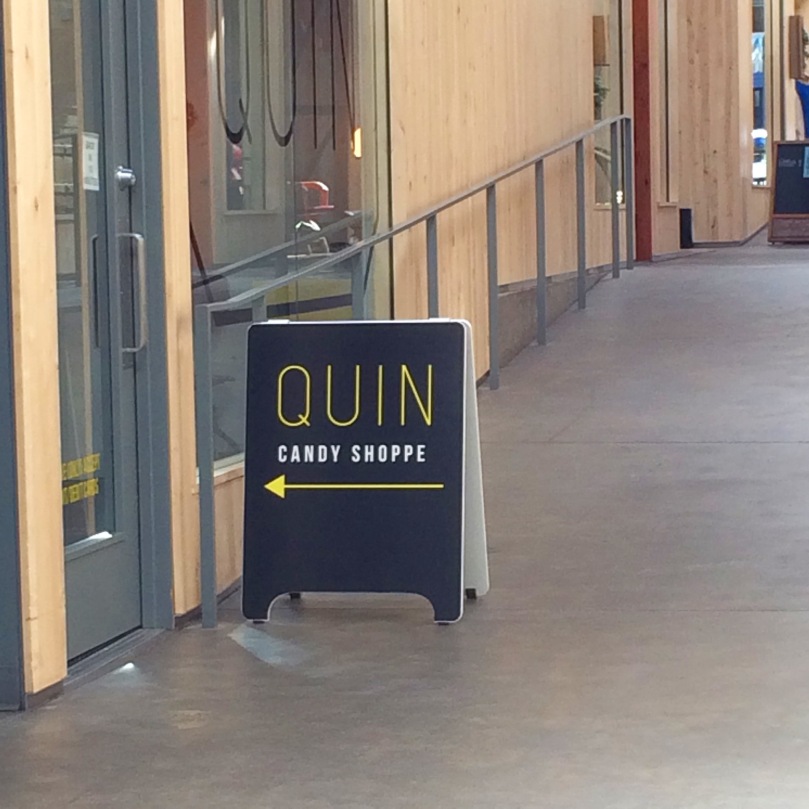 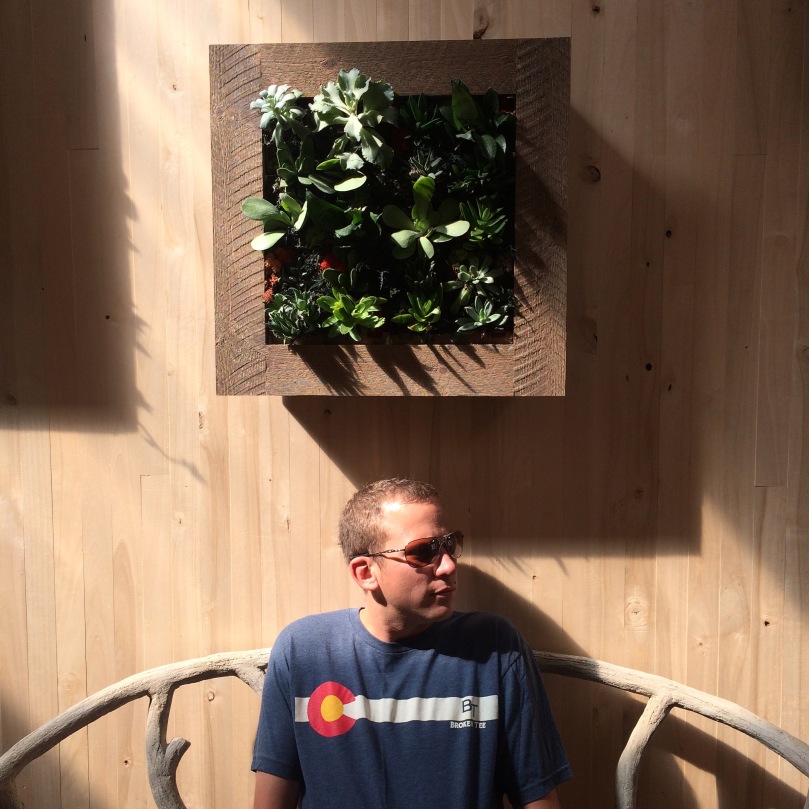 I guess book perusing is hard work because after that, and a little stop through the cutest/most random alley of hipster shops, we decided we were hungry for a donut snack.  I should preface this by saying Joey and I just aren’t donut people.  Acutally, maybe Colorado just isn’t a donut place.  We got a Voodoo Donuts in Denver a couple years ago and sorry, not impressed.  But we were ready to see if it was just a fluke and if Portland really does know how to do donuts. 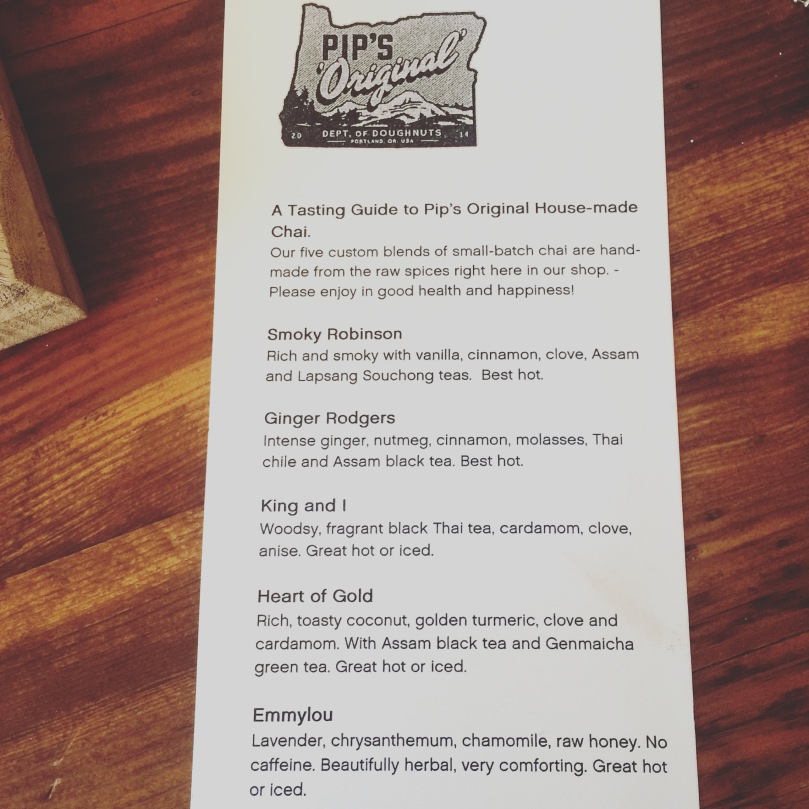 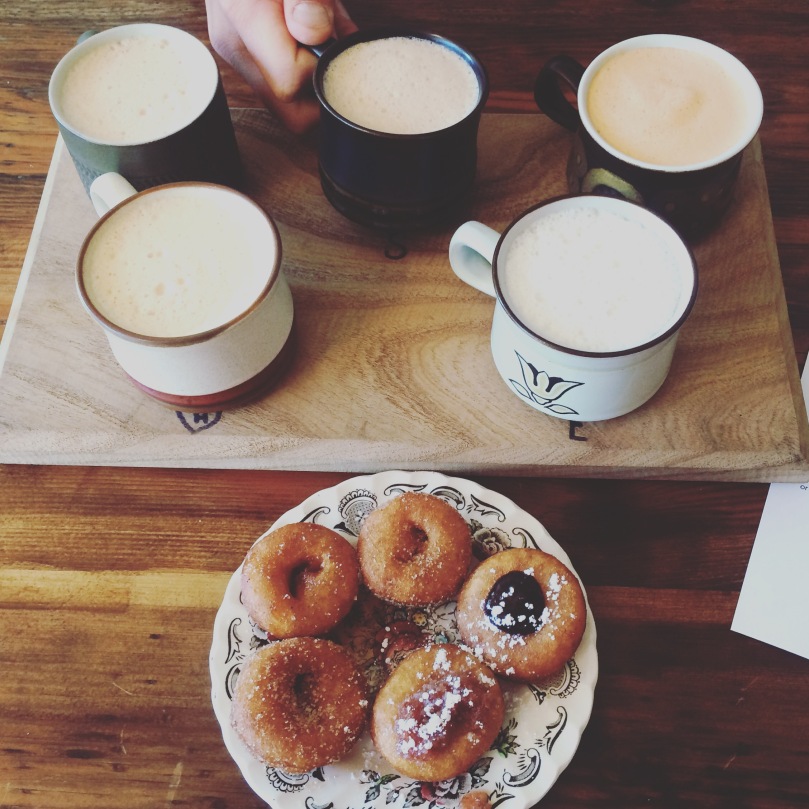 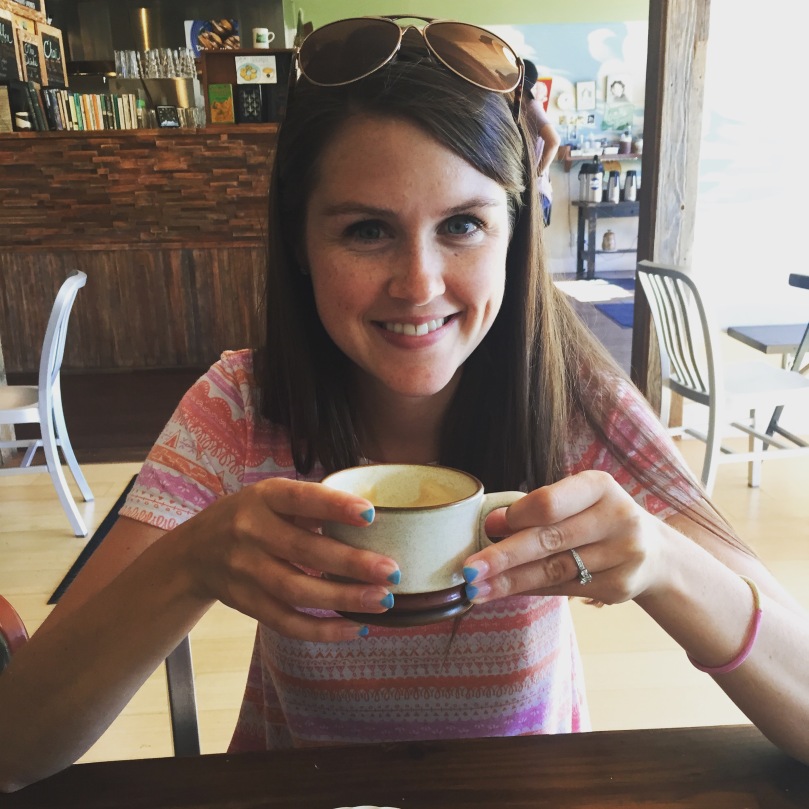 Verdict: THEY DO.  Mini donuts made to order + a flight of house-made chai is basically the best thing to ever happen to us.  Joey is begging me to open a donut/chai place in Denver and I keep reminding him that I’ve never even made either of those things before.  After we were sufficiently sugared, we took a stroll through the neighborhood near Pip’s and holy cuteness.  All the houses were adorable and begging me to move in right then and there.  Plus they have Free Little Libraries, just like at home 🙂 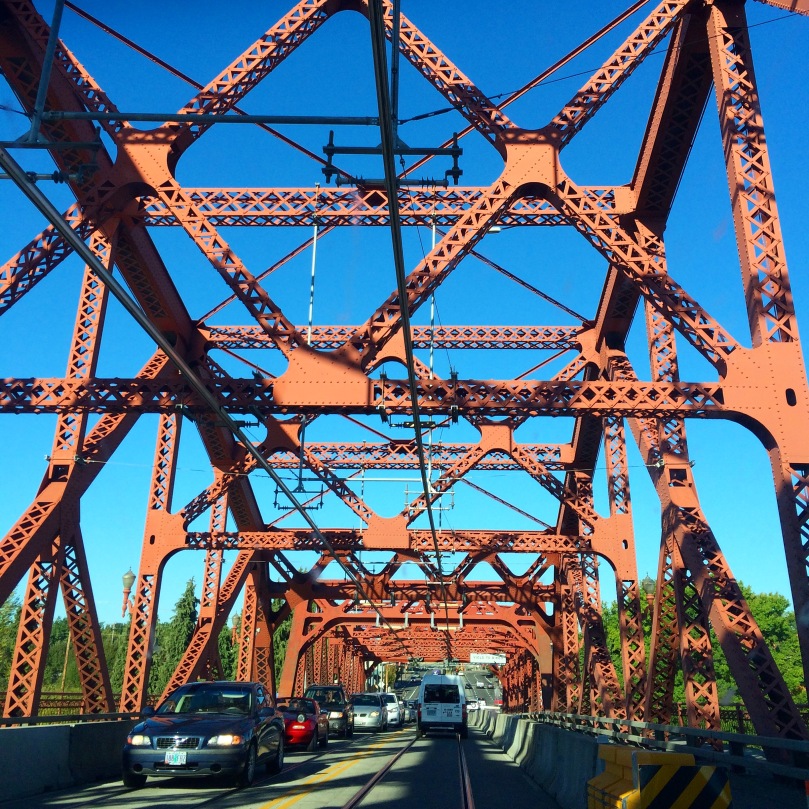 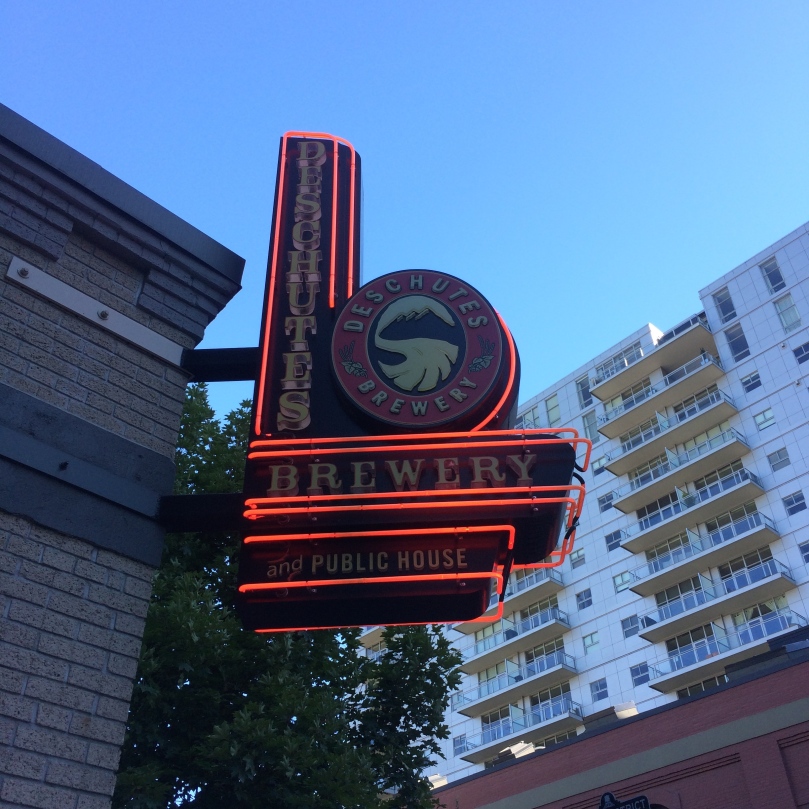 Back across the river for real food.  Aka pizza and beer.  I guess I should’ve known the pizza was going to be underwhelming when it was sitting out on those metal trays and had been sitting there for who knows how long but the cashier rang us up for the lunch special price, even though it was past 2 PM, so I’ll take it!  Afterwards, we stumbled upon Deschutes, so we stopped in for a beer flight — that Joey mostly drank and I mostly just tried a sip of because: SO FULL.

We hung out at Jamison Square for a while and get this, a little Portland family was there and when the grandpa went to go get food for the kids, the two-year old yelled after him, “DON’T FORGET THE TOFU!”  So hilarious.  I waded through the water from the fountains in the Square for a little bit and then Joey and I had a little photoshoot where we ended up with a bunch of posed photos, but this first candid one is my favorite.  No filter on that blue Portland sky either.

A million years later, when we were finally hungry again, we drove to dinner at Boke Bowl.  An order of assorted buns, a ramen bowl, a fried chicken rice bowl (!), another beer and my first Stiegl Radler had me so happy that night.  If a fast casual ramen place wants to open in my neighborhood, that’d be great.  K, thanks!  I told Joey that I probably mostly liked that rice bowl because it was chockfull of pickled things.  And also because it had a really good piece of fried chicken in it.

This is when I have to tell you about the sad thing that happened after dinner.  We headed to Salt & Straw (where, yes, there was a line out the door) and I was legitimately too dang full to even get ice cream.  I know.  I was so sad and disappointed in myself, but I just couldn’t do it.  The good news is, I sampled one of the flavors and had a few licks of Joey’s salted caramel cone, so don’t feel too bad for me.  Next time, I’m just going to come here BEFORE dinner 🙂 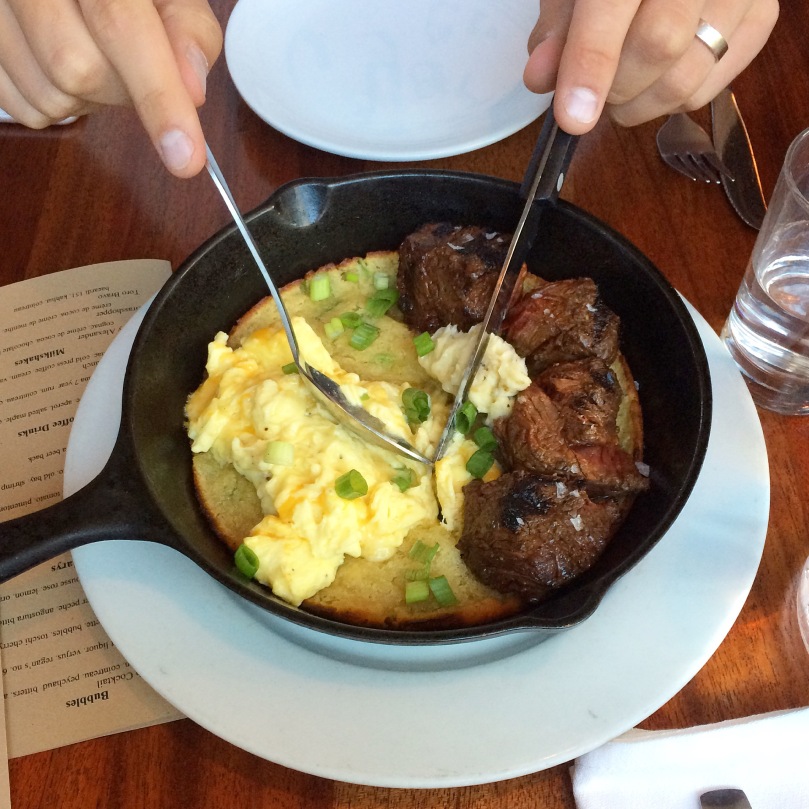 The next morning, we walked to get iced coffee at Blend, then packed up and headed out for one last meal in Portland.  I was kind of hesitant to go to Tasty N Alder because share plates for breakfast sounds kind of weird to me, but I am SO GLAD we went.  It was amazing!  We shared an order of donuts (yes, more donuts!) and the steak and eggs and I was blown away by both dishes.  We ate a lot of good things on this vacation, but that steak and eggs skillet was definitely one of the best.

Till next time, Portland!

Where We Stayed: Relaxing Refuge in Overlook

(Plus a few other shops along the way!)