I just had to do a quick search through the archives of my blog.  “Don’t I have a series called ‘Recently’ or ‘Lately’ or something?”  I did end up finding a few posts that I’d titled “Lately” so I guess this belongs in that series.  Gosh, writing this professional blog is so time consuming sometimes.  Only kidding 🙂

Anyway, I thought I’d take this moment to give recognition to the small things.  Aka the books, movies, music, etc. that I’ve enjoyed lately. 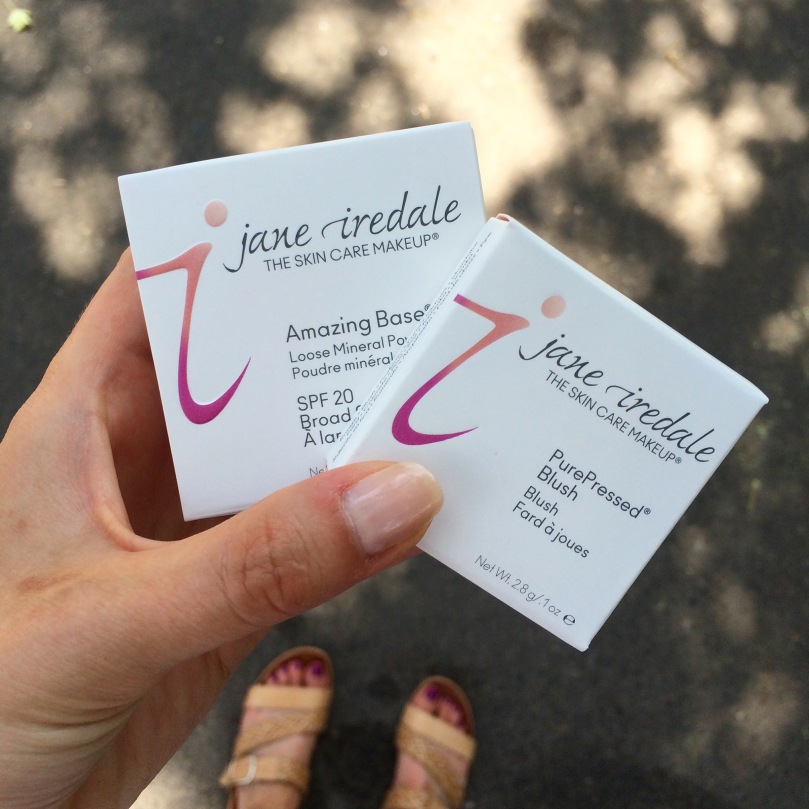 Earlier this year, I decided I wanted to start switching out my make up to some more natural stuff that I could feel good about putting on my skin every day.  Luckily, there’s a little shop nearby that provides just such make up and I am loving the Jane Iredale brand.  The only thing I’m skeptical about is the eyeliner.  It rubs off my eye sooo easily.  But otherwise, a big thumbs up.

The week before we left for vacation, we went to Film on the Rocks to see Guardians of the Galaxy — sidenote: we left early to avoid traffic so I still don’t know how the movie ends… — and the pre-movie band was PHENOMENAL.  They’re called Kaleo and they’re Icelandic, so how cool is that?!  Guys, look them up ASAP.  Your life will be so much better for it.  We just bought tickets to a concert that they’re opening for and I don’t even care about the headliner, just Kaleo.

The Girl with all the Gifts

This book was our September book group pick.  I checked it out from the library then returned it four days late because I didn’t have time to finish it on vacation like I thought I would.  It was giving me serious anxiety knowing someone was waiting for me to return it, probably so they could read it for their own book group.  I was hesitant at first because there were zombies but then I really ended up liking it.  Quite a few plot holes, though…

Okay, confession.  Sometimes when we are on vacation, Joey and I are so totally boring and go back to our hotel/Airbnb early to do things like watch Netflix in our pajamas.  If I was a fun young person, I would probably be out enjoying the nightlife of whatever city we’re in, but I’m the homiest of homebodies and sometimes, when you have been out all.day.long. exploring, walking, eating and drinking, you just want to chill out.  It’s my vacation and I’ll do what I want to.  This was a short little Indie we watched one night in Portland, starring Mark Duplass, Emily Blunt and Rosemarie DeWitt and though I felt like it could’ve gone on for another hour, it was likable enough.

A movie about the daughter of a famous movie trailer announcer, who’s trying to break into the industry.  We thought it was really quirky and some scenes were just plain weird but overall, it was pretty cute and endearing.  And mostly, girl power!  Now let’s get a female trailer announcer in real life 🙂

We watched this right after In a World for a double-feature movie night and were instantly hooked when we saw our girl Emmy Rossum was in it.  It kind of reminded us of 500 Days of Summer (which we LOVE) in the way that it jumps around to different points in the couple’s relationship.  Also, Emmy and Justin Long are almost entirely the only two actors in the whole movie, minus the extras.

I read Victorian literature for fun.

For as long as I can remember, my mom has been a Cooking Light Magazine subscriber and for as long as I’ve lived on my own, I’ve been one as well.  A couple weeks ago, my subscription ran out and I suddenly decided I wanted to try a different cooking magazine.  I follow Bon Appétit and all of its staff members on every social media outlet in existence so subscribing to their magazine seemed like the natural choice.  I’m so excited for my first delivery!

Can I have a fun Maine accent, please?  But in all seriousness, I thought this miniseries was good!  But maybe not good in the sweep-the-Emmys kind of way.  I thought Frances McDormand gave a killer performance and her character was definitely one of a kind, though.  Also, Bill Murray showing up at the end was possibly my favorite part.  Who doesn’t love Bill Murray?

What are you into lately?