After I published my first “Make This Now” post, Joey told me I should make it a weekly series.  I told him I’d been saving up recipes and writing that post for over a month, so I probably wouldn’t have enough content to make it a weekly thing, but he assured me that even one recipe a week would be good enough.  Go figure that a week later, I’d end up with three recipes worth sharing!  This edition includes all things carby, aka delicious, so pay attention now.

Vegan or not, these were SO GOOD.  The yeast actually foamed up (which never happens for me…), they rose like a charm and they made the biggest, fluffiest, softest slider bun cloud I’ve ever had the pleasure of eating.  I started the dough and Joey formed them into the slider buns while I was at book club and then we baked them and it was probably our proudest joint-effort-moment thus far in life.  I can cross “find PERFECT burger bun recipe” off my life goal list.  DONE!

I don’t even like potatoes (‘cept sweet potatoes and, uh, all French fries), but this recipe!  I can’t even deny the potato goodness here.  It transcends all potato blandness and just becomes something so innately satisfying.

We’ve made this before, but even so, I wasn’t prepared for that first forkful to hit my taste buds.  HOW IS IT SO GOOD?  Full Disclosure: we used almond milk, which might be the furthest thing from the half-and-half the recipe called for, and it still turned out so creamy and luscious.  They almost taste like gnocchi — or, as I call them, “potato pillows” — but without all the trouble of actually making gnocchi.  Just know we had to go to FIVE different grocery store to find chives and it was 100% worth it. 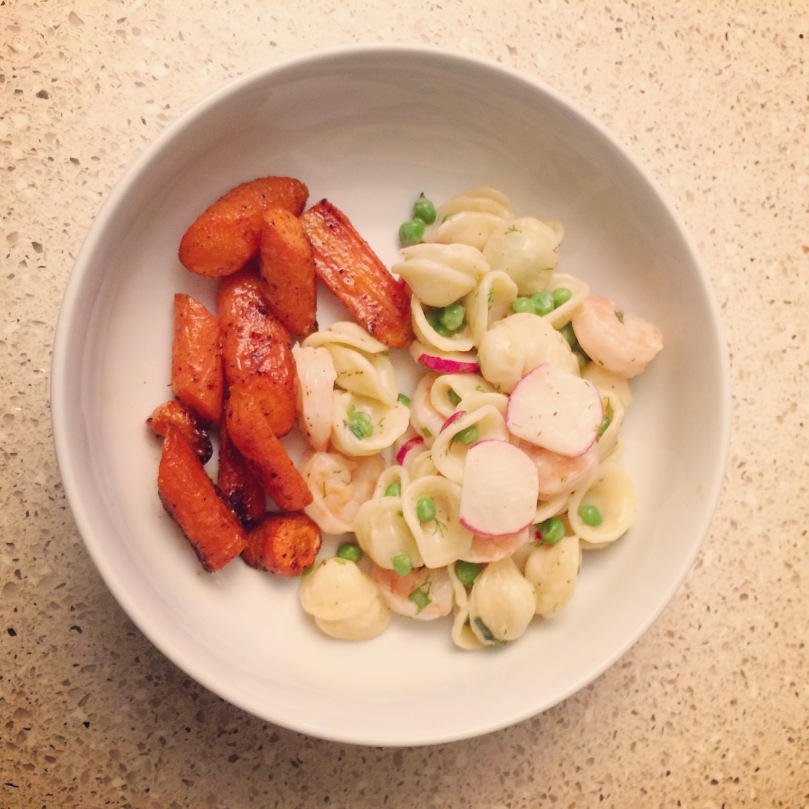 Confession: I reach “recipe exhaustion” after making something about five times.  As much as I wanna be that person who has an arsenal of tried and true recipes they’ve made so many times they know how to make them by heart, I’m just not.*  BUT, I’ve been making this every spring for like five years and I look forward to it every.single.year.  It’s so dang easy, quick and delicious.  Warning: serious garlic breath ahead, but it’s so very worth it.

Exceptions to this rule: my mom’s stuffing and red velvet cake.  I will NEVER get sick of those two things.

One thought on “Make This Now”