On Tuesday, I finished up a book during my lunch break, decided I should write a post about it, then realized I’d finished five other books since the last time I did a book review post!  I don’t know how or when that happened by I’m simultaneously feeling pleased (for reading lots!) and disappointed in myself.  Let’s fix that today!*

*Today, as in the Rockies Home Opener!!!  If you’ve been reading this blog for any length of time, you know Joey and I look forward to this day ALL YEAR LONG.  As is tradition, we will be lunching at Biker Jim’s, drinking beer in the sunshine, breathing in that Coors Field air, taking note of everyone’s walk up song and rooting for our dear Rockies .  Happiest of Fridays!

All the Light We Cannot See by Anthony Doerr 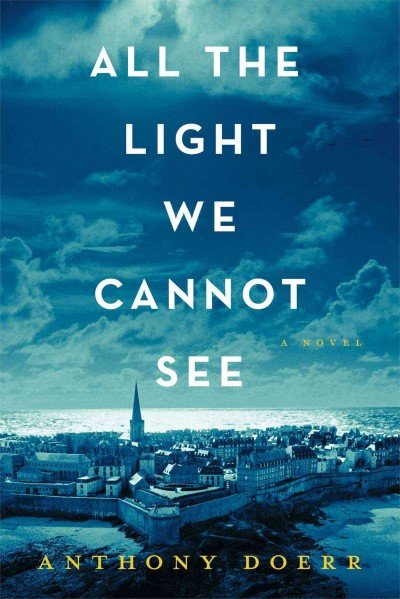 Okay, don’t get me wrong I really liked this book, but I had heard SUCH good things about it that I think I expected to like it a lot more.  I’m even having a hard time pinpointing what I didn’t love about the book.  I just can’t really put my finger on it.  I guess I should just focus on what I did like, which was the effortless back-and-forth interweaving aspect of how the story was told, a totally new perspective of what it was like to be a young boy in Nazi Germany, the indisputable love a father had for his blind daughter, the fact that Marie-Laure was never painted as helpless and the language.  It read like poetry and there’s nothing better than literature written like that.

Wait, you don’t re-read Victorian lit for fun?  Me neither…  In all honesty, I started this in December and though I flew through the first half, Part II took me FOREVER to get through.  Partly because I was reading other things and partly because Jane’s life without Rochester is boring as can be.  Come on, we knew it and she knew it too.  I did finally make it through (and gave myself a pat on the back), but I think it’s safe to say I probably won’t be reading that again any time soon.  I swear I liked it the first time around!

The Grownup by Gillian Flynn 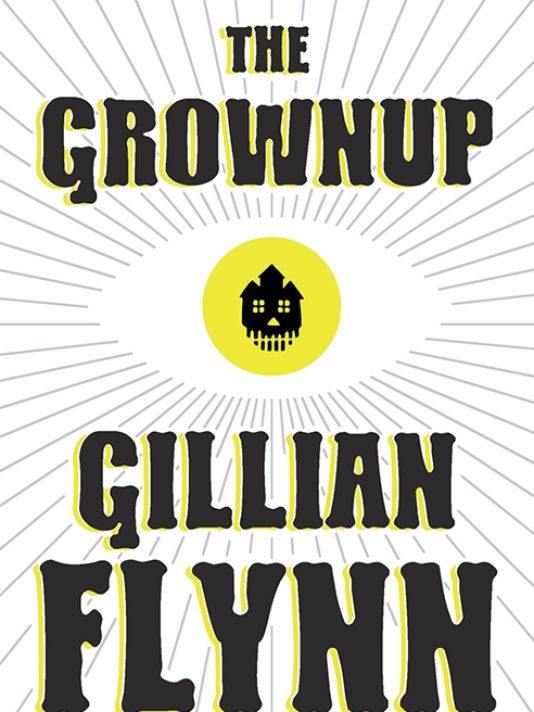 This was our March book group pick and it was all of 60 pages long.  I read it in less than an hour, then made Joey read it so we could discuss.  It made a few mentions of The Woman in White by Wilkie Collins and it did have that same eerie appeal to it in the beginning, but then Gillian Flynn fell into her pattern of writing a book with three twists and it felt all too predictable.  The feminist in me wants to love a successful female author, but the English major in me says her writing is formulaic and far too concerned with shock appeal. 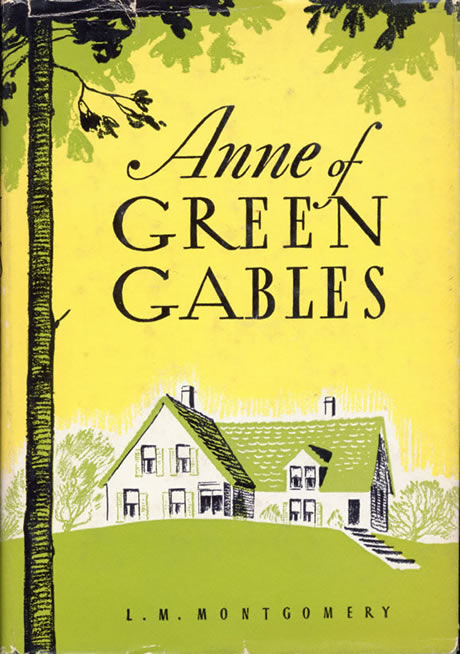 I grew up watching the television version of Anne of Green Gables (and Anne of Avonlea!).  I watched it so many times that I think I seared it into my mind, because when I read the book, I could picture it all vividly.  Look, the writing isn’t the most sophisticated in the world, the narrative does feel a little spotty at times and you don’t get quite as deep into the characters as you’d like, but Anne is such a beloved character.  Despite her faults (shesh, she can talk!), you can’t help but feel like she’s a bosom buddy, ya know?  I finished reading it, then found a bootleg version of the movie online and watched it one day when I was home sick.  It was just as good as I remembered it being!

P.S. My middle name is Ann without an E and I happen to like it that way!

The Truth According to Us by Annie Barrows 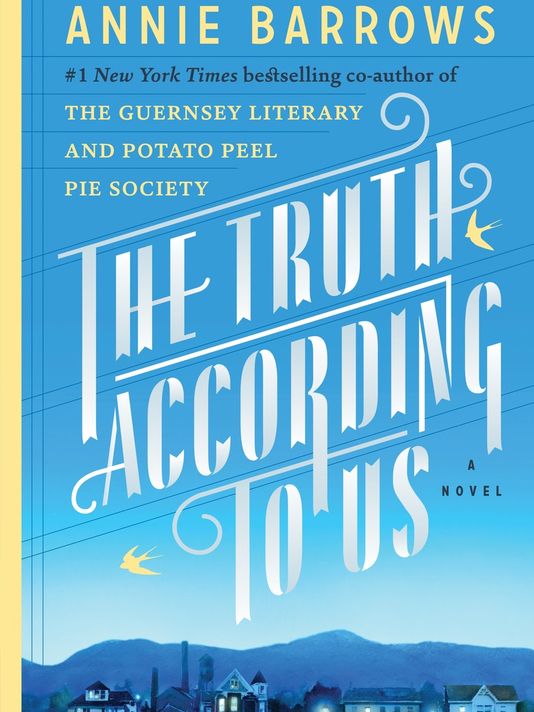 If the author’s name looks familiar to you, it’s because she’s one half of the team that wrote The Guernsey Literary and Potato Peel Pie Society, aka one of my favorite books EVER.  I was delighted to see she had written another and had my fingers crossed that it would be just as charming and endearing.  The lovable characters are there, the witty letter writing is there and the quaint setting is there and I loved all those things but I’d say the plot is a little bolder, the characters are a little more complicated and the moral of the story is a little less clear cut.  As in, I’m still not sure what it was or how I was supposed to feel by the end.  Still, a recommended read!

The Storied Life of A.J. Fikry by Gabrielle Zevin 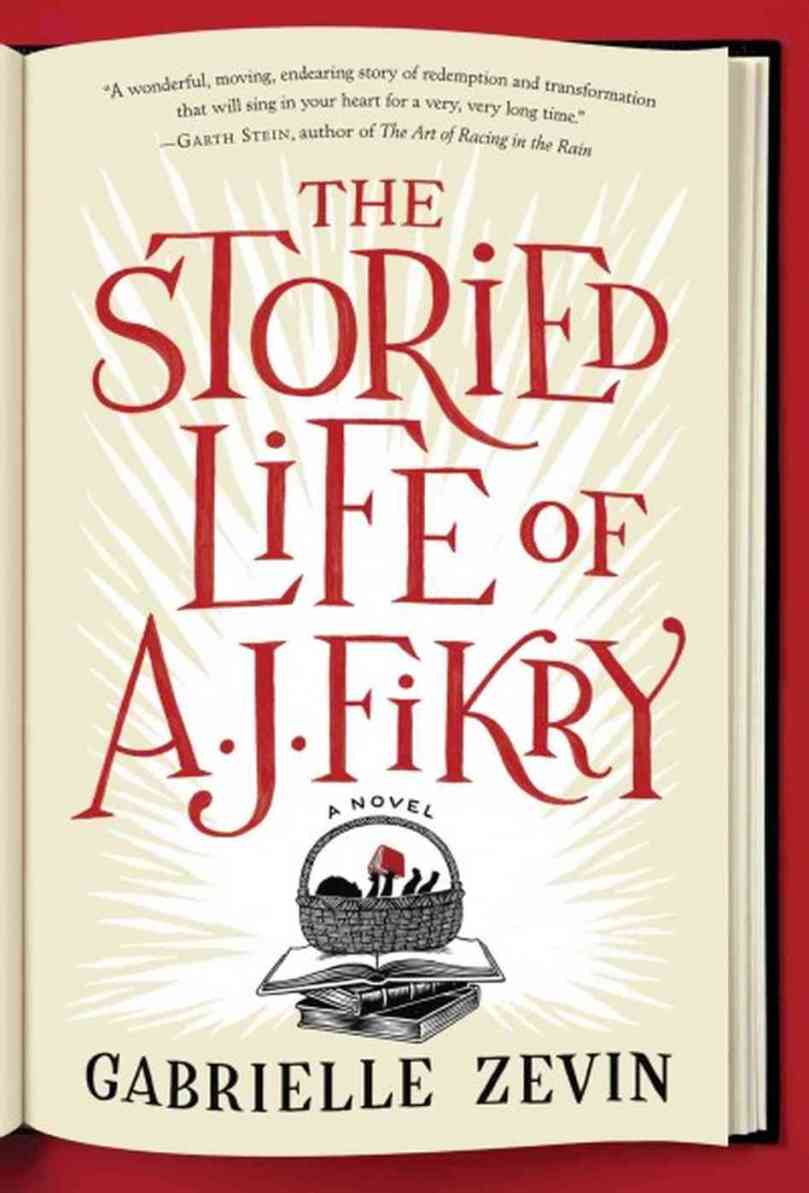 When I told Joey I’d finished this book and that I liked it, he asked why and I drew a blank.  Well, not so much a blank as a “I-need-to-sort-out-my-thoughts” blur.  This one was about a widowed bookstore owner on a small island, who winds up with an orphaned baby girl and becomes a father, a community leader, a friend, a husband and most importantly, happy.  Aww!  I think I was hooked right away when the lead female character mentioned Humbert Humbert, Holden Caulfield and Misters Rochester and Darcy and I was like “hey, I know all those people!”  In the end, what I really loved about this book was that it was about book people and for book people.  And if you’re a book person, you’ll feel like this author just gets you.  In other news, I think, if I had been born in an earlier time, I would’ve loved to be a bookstore owner.

What are you reading right now?

4 thoughts on “Recent Reads: I’ve been holding out on you!”