Whoa!  Doesn’t it feel like Friday was so long ago?  Between what felt like an endless string of Rockies games, a few parties, a festival, a bunch of delicious food, yard work, a race and fun time with family and friends, I can barely remember all the way back to the beginning of the weekend!  Thank goodness I took way too many pictures 🙂

We started things off with a Friday Rockies game.  We thought it started at 6:40, but no, it definitely started at 6:10.  At least we live close!  We left in the 7th inning when the Rockies were down 7-0 and the sky was starting to cry over the prospect of yet another Rockies loss.  For the record, the game went into a rain delay, didn’t finish until after midnight and ended up 11-8.  We still lost, but not by much!

Saturday started with breakfast at Onefold, which recently opened and I’d been dying to go to.  YOU GUYS.  It was so amazing!  The gal at the register was super friendly and helpful and the whole place is just the cutest.  Plus they have Vietnamese Iced Coffee.  Yes please!  This breakfast burrito with house made tortillas was to die for.  I wanna go back right now. 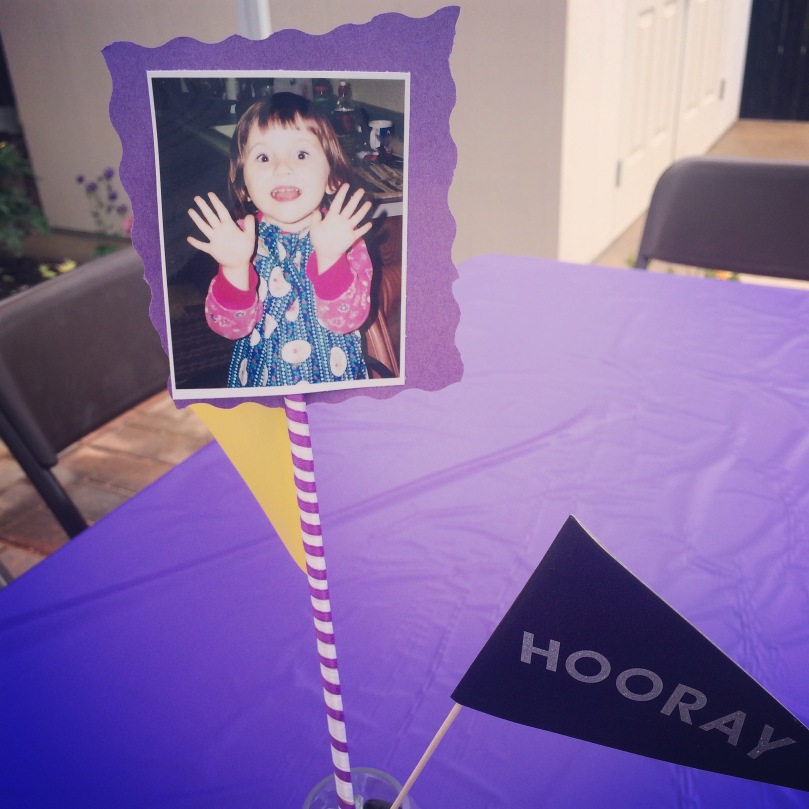 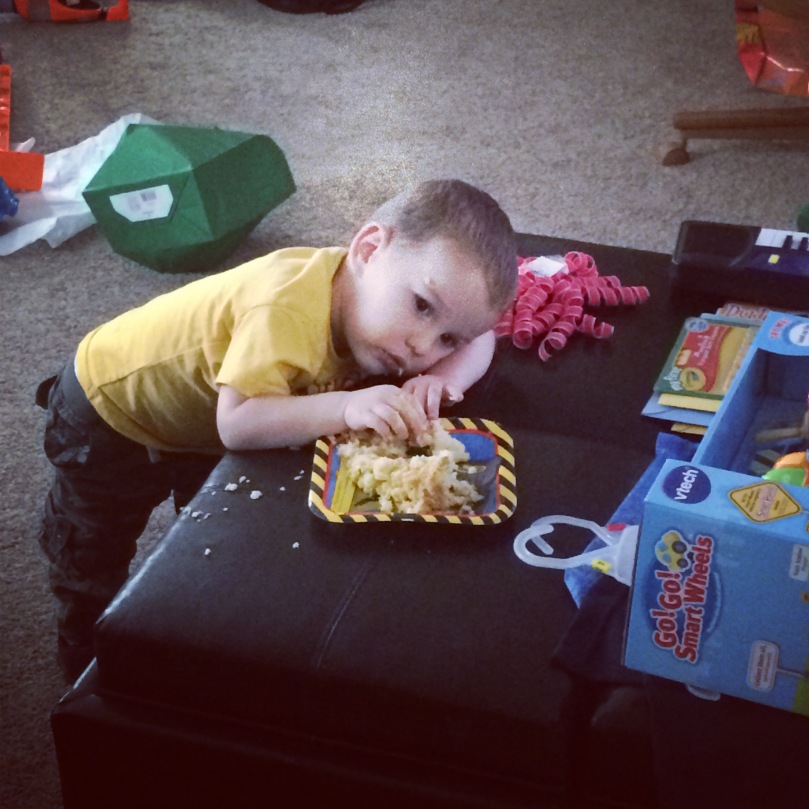 The afternoon was spent party hopping.  Joey’s cousin Courtney graduated high school last week and his other cousin Jade had a birthday party for her son Colton, who clearly found eating cake to be very tiring.  It’s funny how affected all of us Coloradans are by the lack of sun lately.  When it finally came out on Saturday, it was all everyone could talk about.  Then it rained…

Post-rain, we took ourselves downtown for Denver Day of Rock.  I stumbled across this event a couple years ago with my mom and sister, then we tried to go last year but bailed when a huge storm started to roll in and I was pretty sure this year was going to be a repeat of last year but luckily the rain let up.  Basically, there’s a few stages with local bands and then, if you’re me, you’re there for the accompanying food trucks. 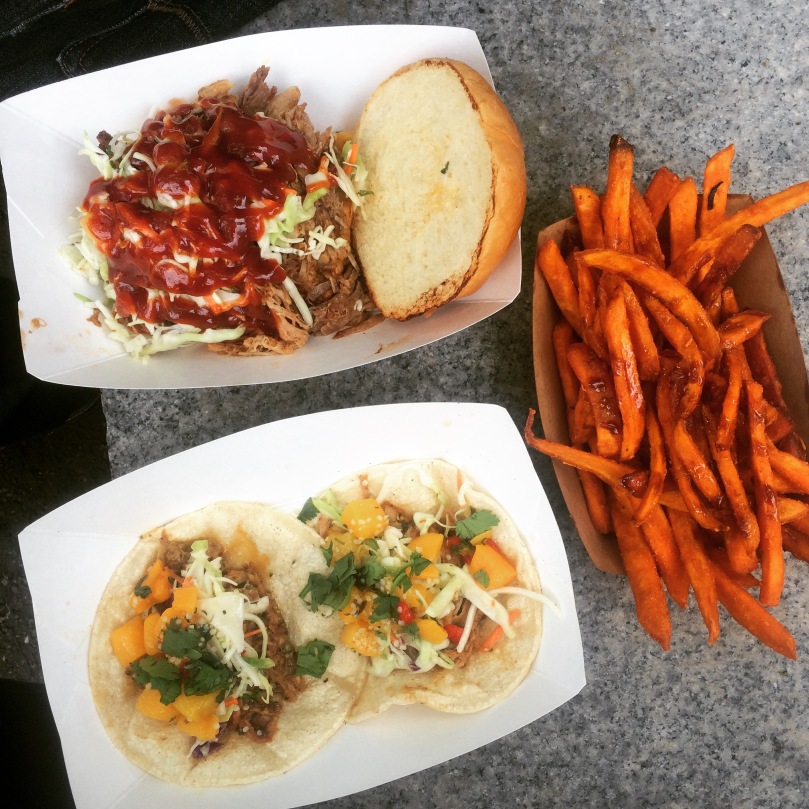 We grabbed a few plates of food and shared them near the main stage where we were kind of paying attention to the music but mostly paying attention to this big puddle of water near us that everyone in the crowd was magically managing to dodge.  I watched a girl in rain boots jump over it and thought “no, that’s not the point of wearing those shoes!”  P.S. Those tacos were okay, but those Bourbon-glazed sweet potato fries and pulled pork sandwich were A+.

Back at home, we decided “hey, let’s just start True Detective” then finished the series at 1 AM.  I know I’m so late to the game, but HOLY MOLY.  I thought Matthew McConaughey was incredible.  I’ve never seen such an interesting character and he played the heck out of that role. 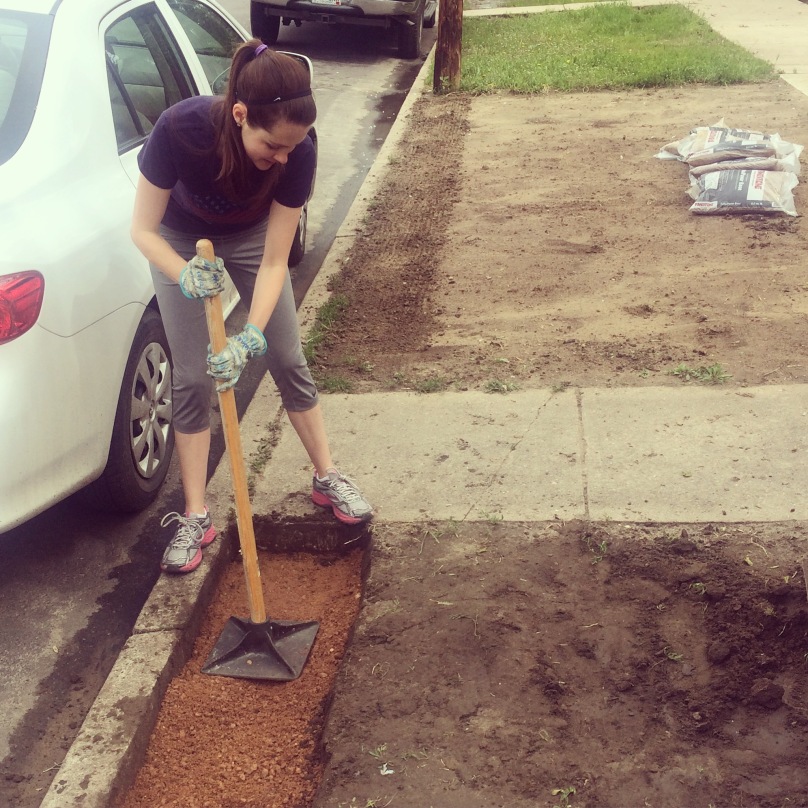 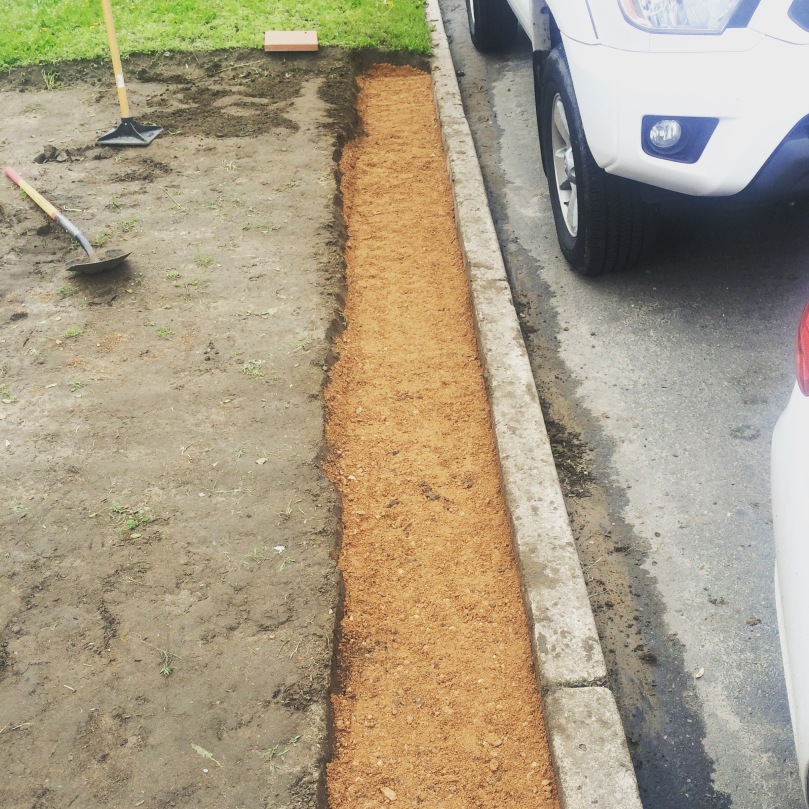 Sunday yard work!  We knew we only had about half a day to get in any landscaping work before the rain showed up so we were up and at em digging a little trench for a mini curbside walk way.  We ended up only getting one side done, which was kind of disappointing, but I think it turned out pretty good!  You would think after all these house projects we would’ve learned that things always take twice as long as you think they’re going to. 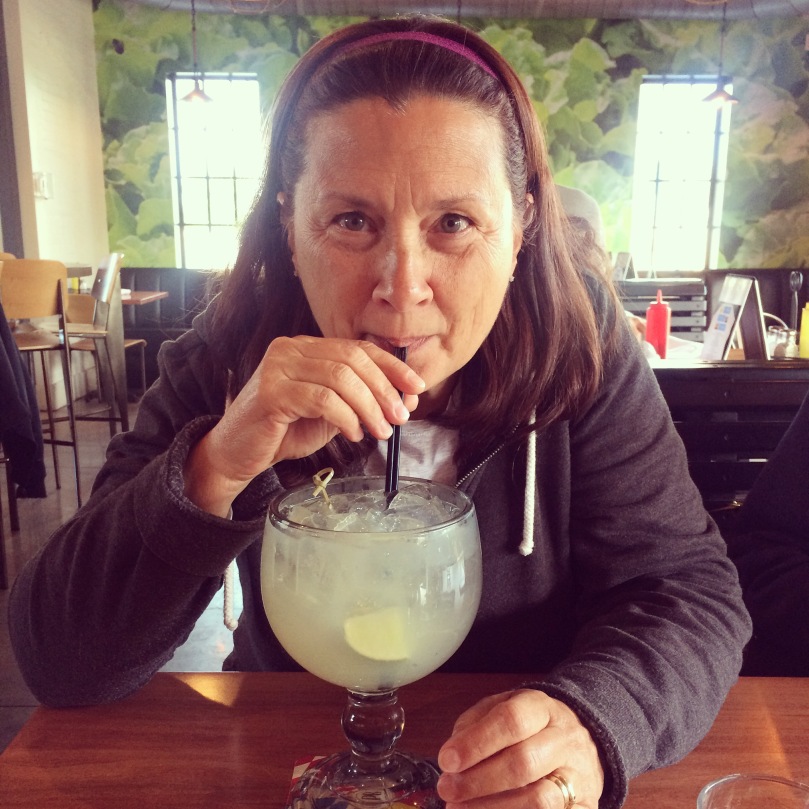 My mom and sister are finally home from NOLA so they drove down to have dinner with us.  Burgers, beer and one giant chalice for my mom.  Oh and would you look at the loot they brought home for me!  That chicory coffee is such a familiar sight in my mom’s kitchen and now I have a bag of my own.  My mom’s not sure Camellia brand red beans are any different than the red beans you can buy here, but I say they feel much more authentic. 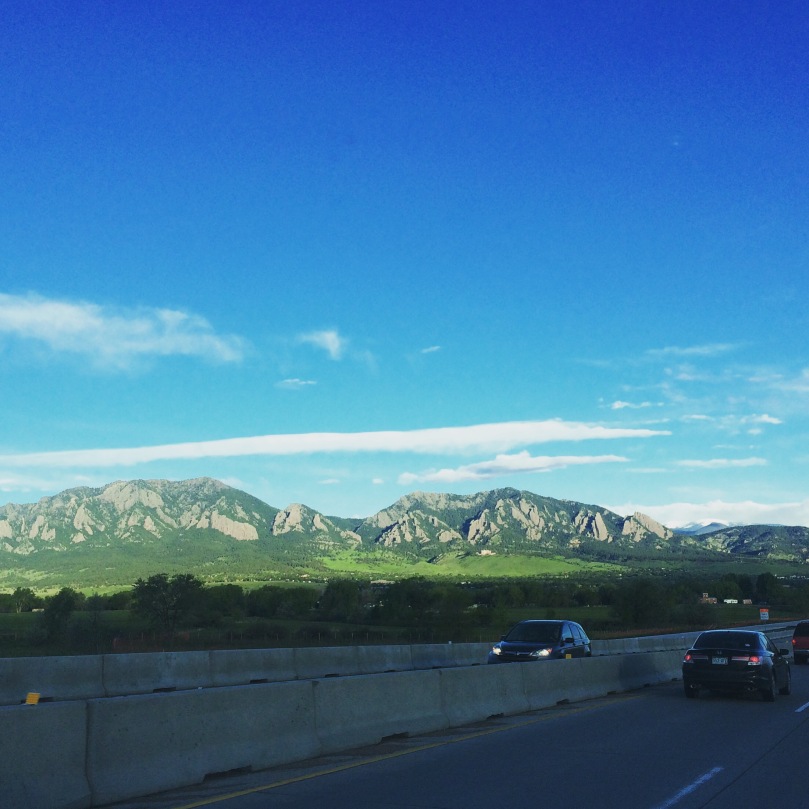 And finally, Memorial Day and the annual running of the Bolder Boulder.  The weather could not have been more perfect.  Plus we actually made it on time to take off with our wave.  I don’t think I’ve ever done that!  I guess burgers and beer should be my new pre-race dinner ritual because I beat my goal of finishing in under 60 minutes by a whole minute and 45 seconds.  I’m feeling pretty great about that right now.  And I’m feeling pretty great about the unintentional photo bomb happening behind us in that last picture.

The rest of the day involved THIS!!!  And this would be our first Denver Passport outing.  That little booklet has the names of 64 different Denver restaurants that are all participating in this 2-for-1 deal on selected drinks this summer.  Hannah and Josh got it (plus the Boulder and Fort Collins editions) for us so we all went to Highland Tap and Burger to try them out.  This specific restaurant’s drink deal was a choice of any of their signature cocktails, hence the different choices.  To say I’m excited about trying out a bunch of places we’ve never been to before is a HUGE understatement.  Poor Joey has had to listen to me excitedly obsessing over this passport thing for weeks already.

Once we set Hannah and Josh free, I decided we should go grab another drink somewhere nearby… either that or I was going to fall asleep on the couch… again.  So the Ale House at Amato’s it was!  We grabbed two Breck IPAs on the rooftop and made it out just as it started to rain… also again.  As you can imagine, the rest of the day involved lots of laying around and me getting into bed way early.  I can’t hang with these long weekends like I used to 🙂

How was your Memorial Day Weekend?