I’m finding adulthood to be so interesting and surprising!  In a “oh I guess I’m passionate about cleaning my sink!” kind of way.  Or in a “whoa, I thought gardening was boring but turns out watering flowers gives me great happiness!” way.  I mean, I still don’t know how to check the oil in my car and I’m a lost cause when it comes to putting Ikea furniture together, but all that other “boring adult stuff,” I am totally embracing it.

I asked Joey if he was as surprised by his new adult interests and he said he’s always liked yard work and manual labor.  HE’S A FREAK!

We took off from work early on Friday to… work in our yard.  Please, no more!  Mostly we kind of had to work in our yard because we were having sod delivered bright and early Saturday morning.  I behaved for an hour then decided I was so over it and then Joey suggested walking to dinner and I was done for.  Does a salad with a bacon vinaigrette still count as a salad?

There’s a place down the street called Lou’s that we’ve driven by a million times but had never been to.  It was on the Denver Passport, so we finally decided to check it out.  We sat out on the patio and sipped Moscow Mules while listening to a guy at another table NEVER STOP LOUDLY TALKING and another guy who kept ordering off-menu items and took two long phones calls while his date sat at the table by herself.  Some people are insufferable! 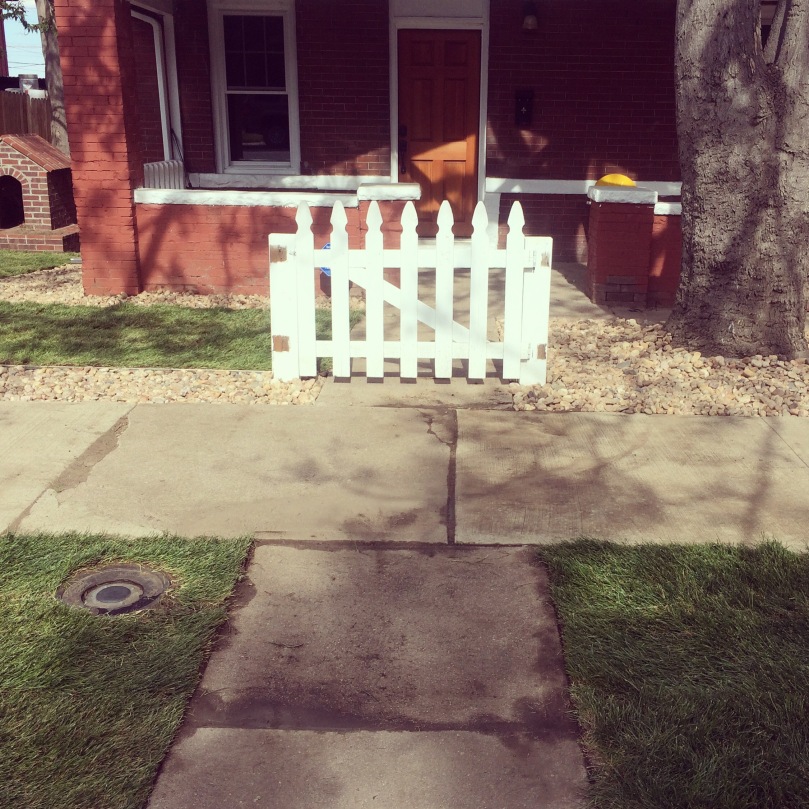 The sod showed up, as promised, bright and early on Saturday, so we spent from 7:30 to 4 digging, shoveling, tilling and sodding.  Per usual, Joey was about three hours off on his estimate of how long it would take us 🙂  But!  When all was said and done, it looked GREAT!  And now I’ve discovered another thing about adulthood and that’s that watering your lawn is incredibly boring.  Especially when you have to do it 3-4x a day… 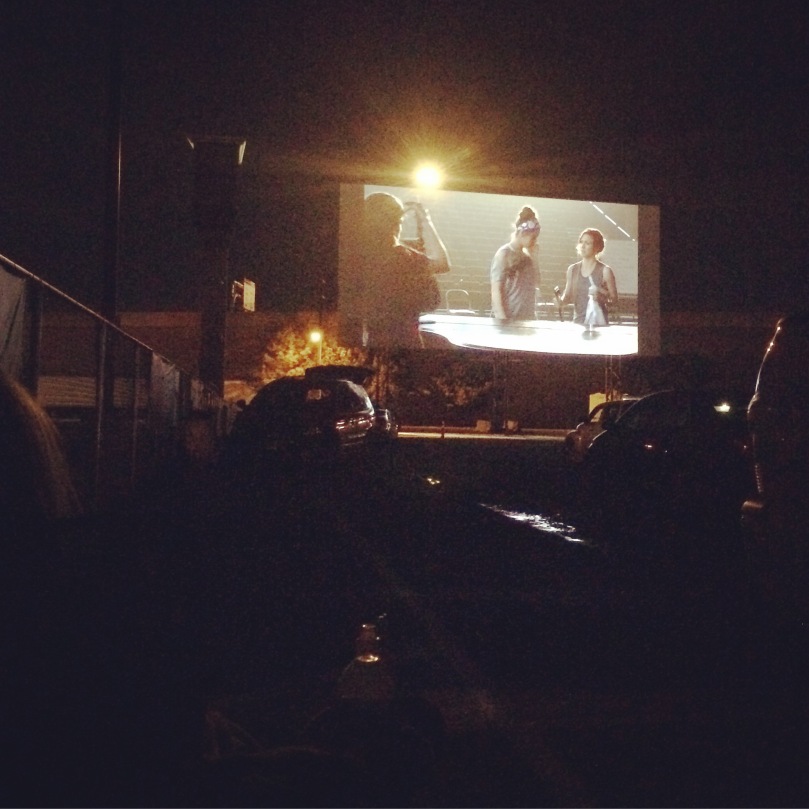 A new drive-in movie theater just opened in Denver so Hannah and Josh came over and we all drove over together.  A Jurassic World/Pitch Perfect 2 double feature for $10 each?!  Yes please!  It ended up raining through the first movie but we were able to move out of the car for the second one.  I actually liked both movies!  I mean, I still wish there had been a Jeff Goldblum cameo, but whatever.  We didn’t get home until 1:30 AM and I wasn’t even tired.  Who am I?! 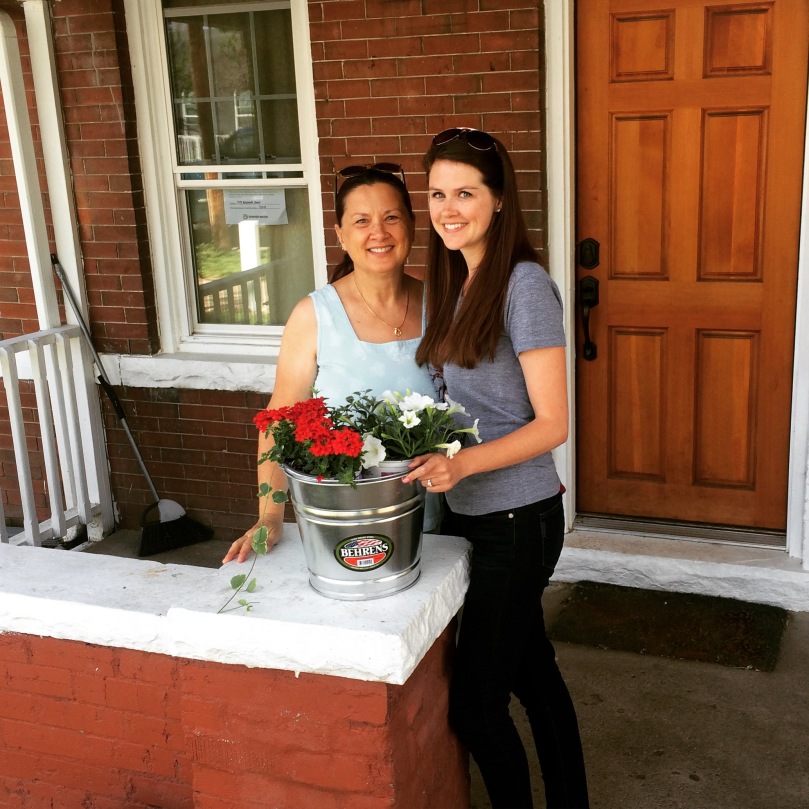 Joey and I had breakfast plans with my mom on Sunday.  She came bearing gifts!  She and my sister picked out the cutest bucket flower planters and they are PERFECT.  Also, I hadn’t seen my mom for something like three weeks and it was starting to feel like three months.  I missed her so much! 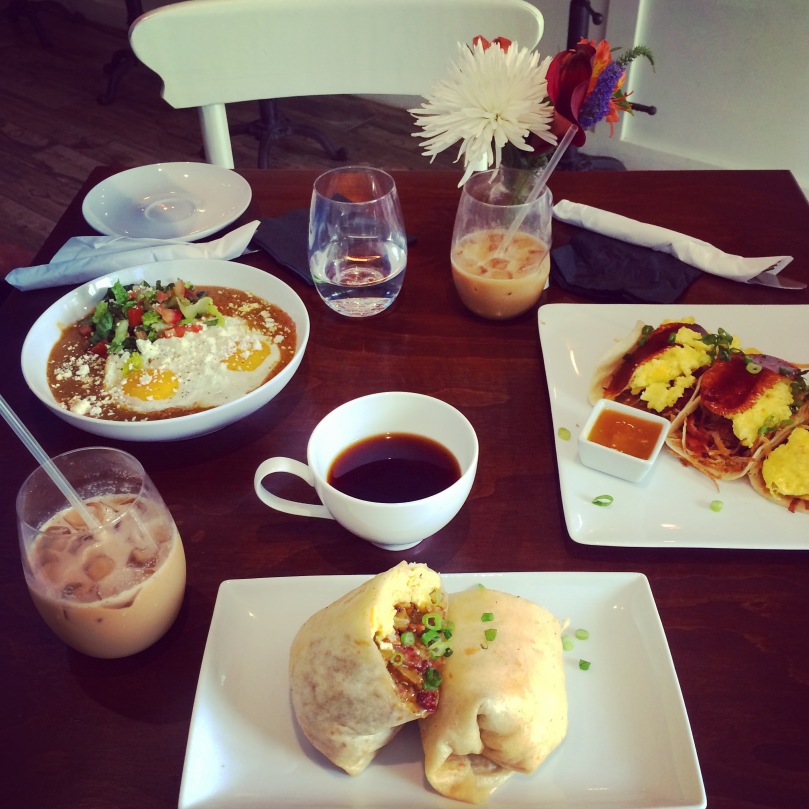 We took her to Onefold because it’s my new favorite place and because the combo of breakfast burrito and Vietnamese Iced Coffee is life changing.  I (kind of) shared my coffee with Joey because I know my limits, but my mom, who is usually a decaf-half caf drinker had one all to herself then reported back to me that she spent the day cleaning the house and was probably never sleeping again.  Ha!

After breakfast, my mom helped me plant my flowers and I cannot get over how perfect they are!  I need a cute watering can now.  We definitely have the best looking house on the block 🙂  Joey told me “I’m giving you the day off today,” so while he continued to work in our yard (I told you he was a freak!) I chitchatted with Mom, went to the grocery store, read on the porch and yes, watered the lawn again.

We ended the night with dinner, a brief walk through the neighborhood and Food Network Star.  Giada rubs me the wrong way but I liked her so much last night when mid-elimination speech, she asked if she could change her mind about who they were sending home.  Mostly, I’m just thinking that summer is so sweet right now and I couldn’t be happier!

P.S. I am so sore in the weirdest places right now.  Like my right bicep and both forearms and my upper back and the sides of my neck…