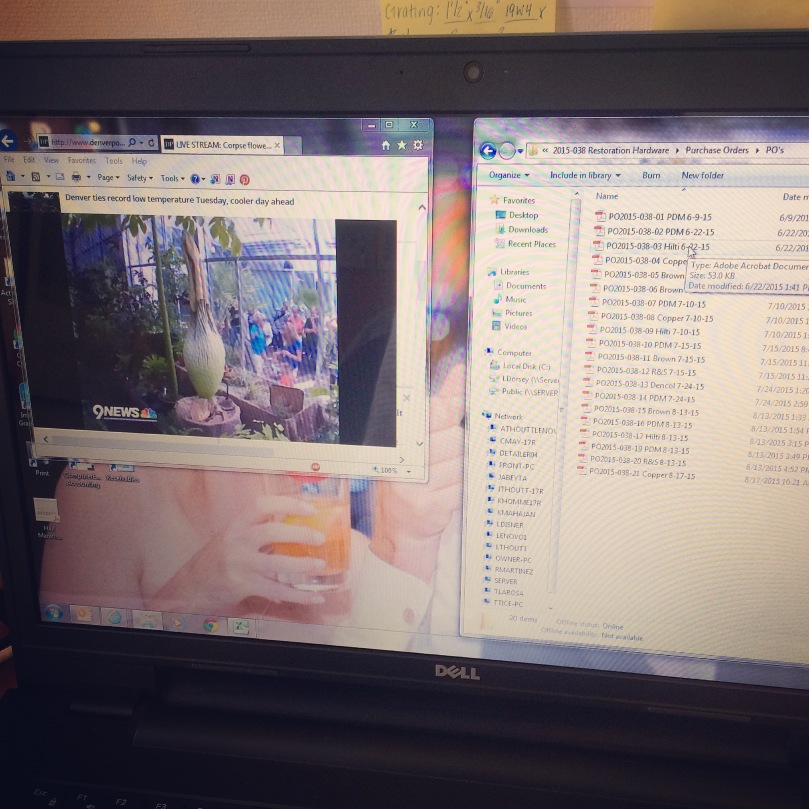 Did you hear about the Corpse Flower??  It’s this giant flower that blooms once every 7-10 years and emits a smell that’s akin to rotting flesh.  And as it turns out, the Denver Botanic Gardens has one!  It was predicted to bloom this week, so they had a live feed going and because even I’m not immune to frenzy, I totally had the live feed up in the corner of my screen all day on Tuesday.  Then it bloomed overnight.  Go figure. 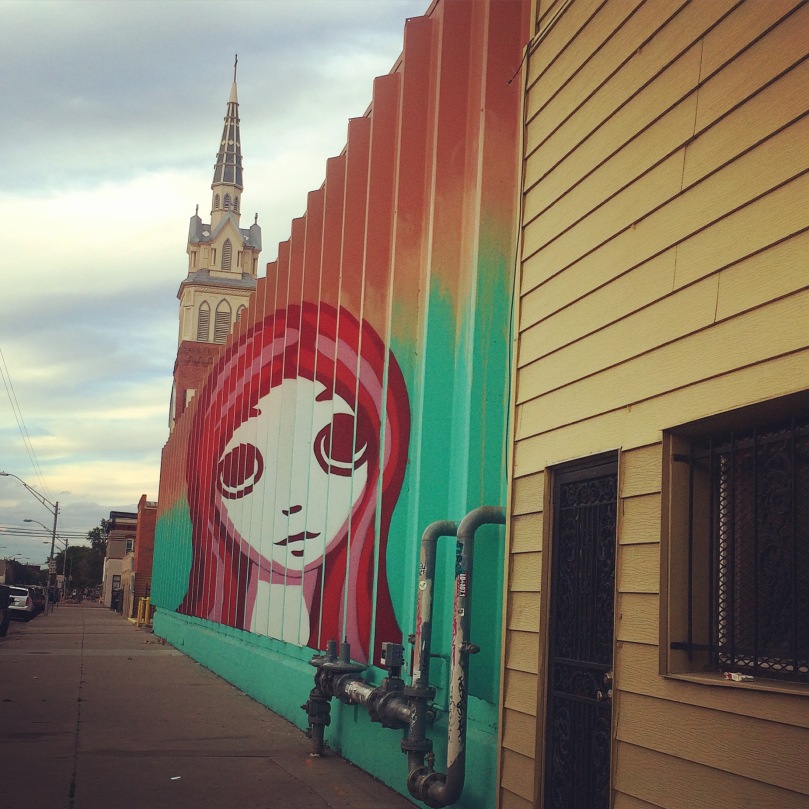 We were in the Five Points area a couple weeks ago and man, that street art is ON POINT! 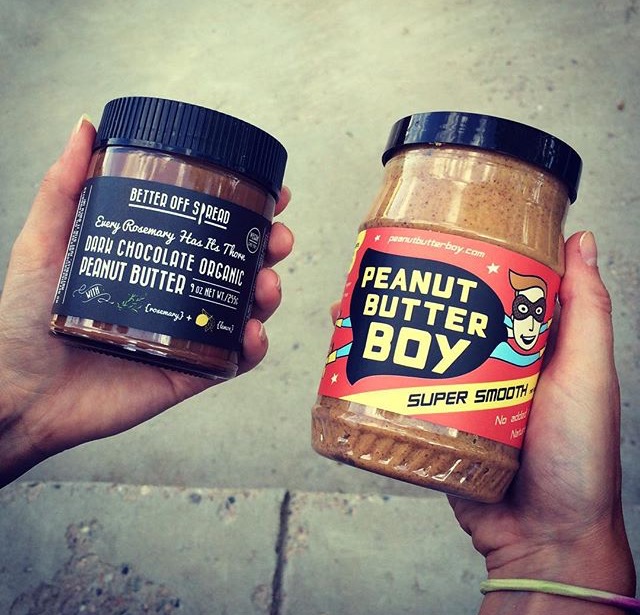 I mentioned Lori got me a subscription to the Peanut Butter of the Month Club for my birthday, but I forgot to mention the first two peanut butters!  That Peanut Butter Boy one tastes SPOT ON like eating a peanut from the shell (preferably at a baseball game).  And that dark chocolate one?  Don’t even get me started.  OBSESSED!  It has rosemary in it and it is so different from any peanut butter I’ve ever tasted.  It’s sweet, yet savory and I’ve been eating it every.single.morning.

We went to the Rockies game on Wednesday and though I appear to be happy in that picture, I’m actually sad because prior to the game I dropped curry ketchup on my jersey and now can’t get it out. 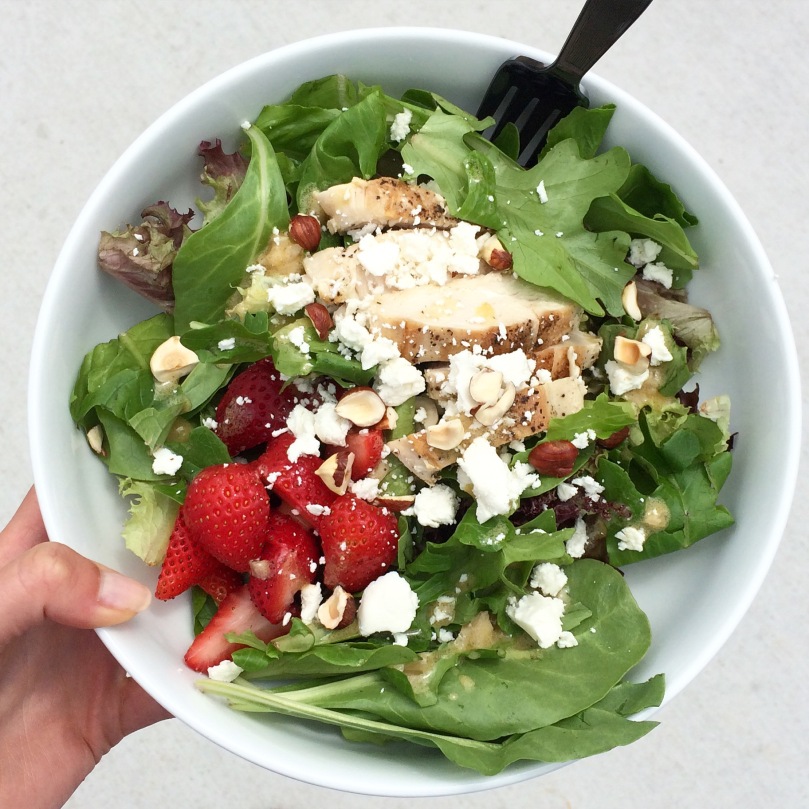 I assembled this lunch salad at the office and everyone kept telling me how good it looked.  Which is the total opposite of what they usually say about the lunches I bring.  It’s just chicken breast slices, strawberries, goat cheese, hazelnuts and this simple vinaigrette, that’s totally my new go-to dressing.  And you know what?  That salad was pretty fricken good! 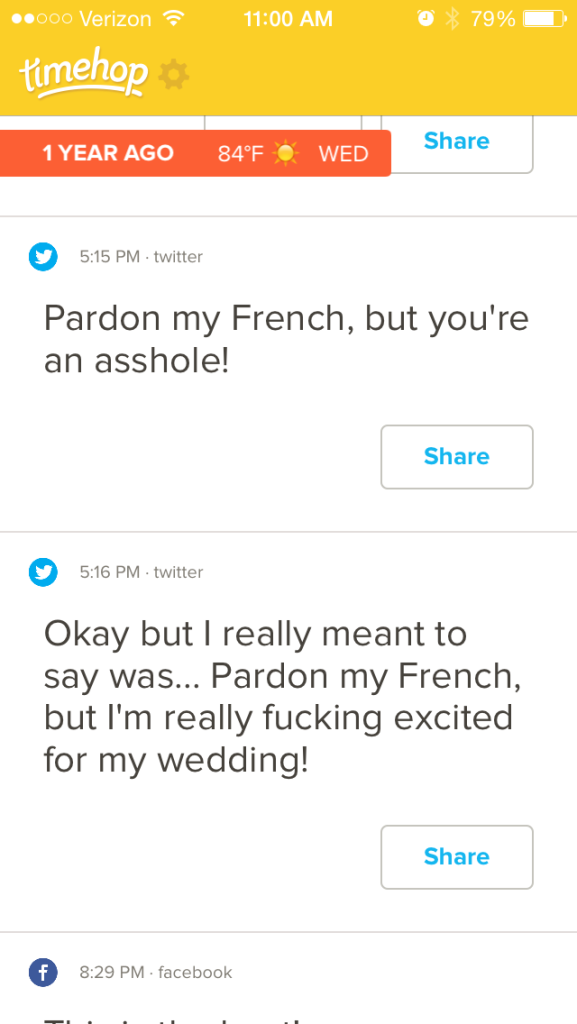 This showed up in my TimeHop this week.  Doubly exciting because A) Ferris Bueller quote and B) Coming up on a year since our wedding!  We are taking an anniversary trip to San Francisco, Portland and Seattle.  I’m so excited! 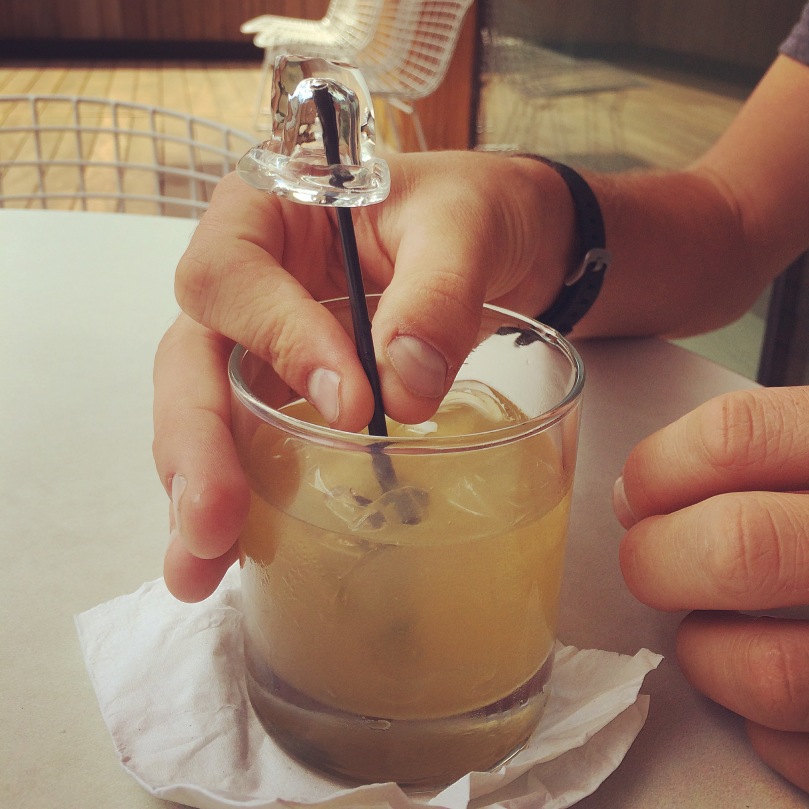 Joey’s straw decided to look dapper in a little top hat made of ice last Sunday.  We are, in fact, mature and serious adults.  And right now, I am making an executive decision NOT to show you the picture of me playing in the “Bubble Garden” at the Museum of Contemporary Art because I do NOT think that is going to help my cause right now. 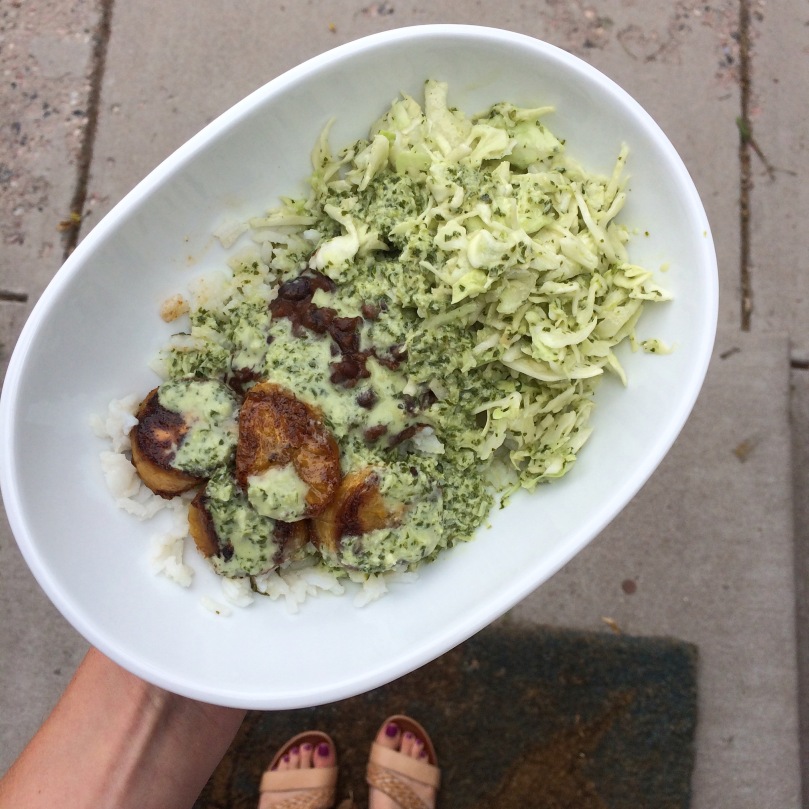 I totally bought this bowl at Crate & Barrel because it looked like a Chipotle burrito bowl.  Send help. 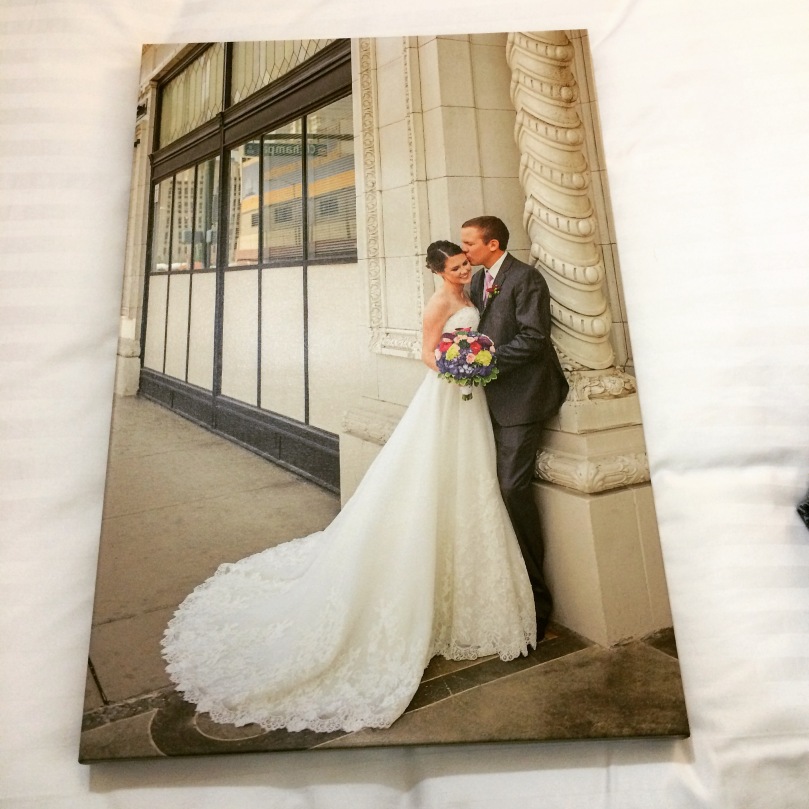 We finally chose and ordered a photo to have made into a bigger canvas print and guys, it’s gorgeous!  It also motivated us to finally order blinds for our house because I couldn’t imagine such a beautiful and important picture hanging next to the wrinkled curtain that’s been in our room since we moved in TWO YEARS AGO.