First things, first.  We went to three Rockies games this week and I’m feeling very qualified to say being a Rockies fan is ROUGH right now.  Remember at the beginning of the season, when I said I was trying to focus more this year?  Yeah, I totally picked the wrong year to start paying a lot more attention to the Rockies.

In other news, non-Rockies related pieces of this weekend were quite blissful.  It might have something to do with that “Autumn in August” phenomenon, that allows me to live out both of my favorite seasons at once — fall by morning, summer by afternoon — or it might have been a combination of a burger dinner, time with friends, a painless training run, lavender, baking and the best chai latte that you ever had. 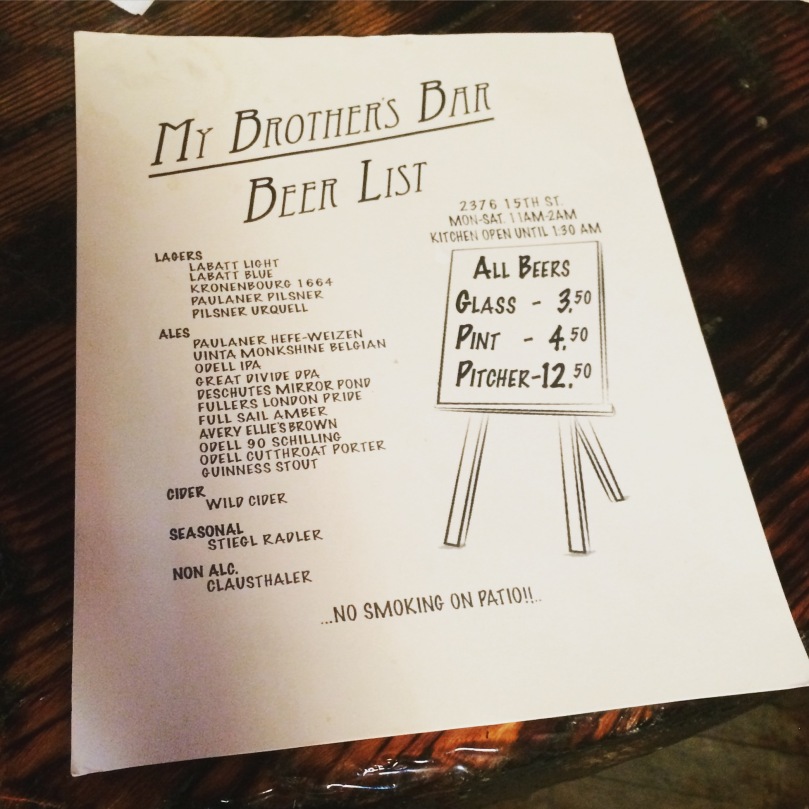 Every year, we get to choose a Rockies game to get 10 tickets to.  Joey, the eternal optimist, always picks one towards the end of the season because of the possibility that we could be in a playoff race.  But the case is usually that we are last in our division and life is depressing.  Anyway, a group of us went to dinner before said game and I decided we HAD to try My Brother’s Bar.  You guys.  Brace yourselves.  I’m about to post the most unappetizing, poorly presented picture I’ve ever taken. 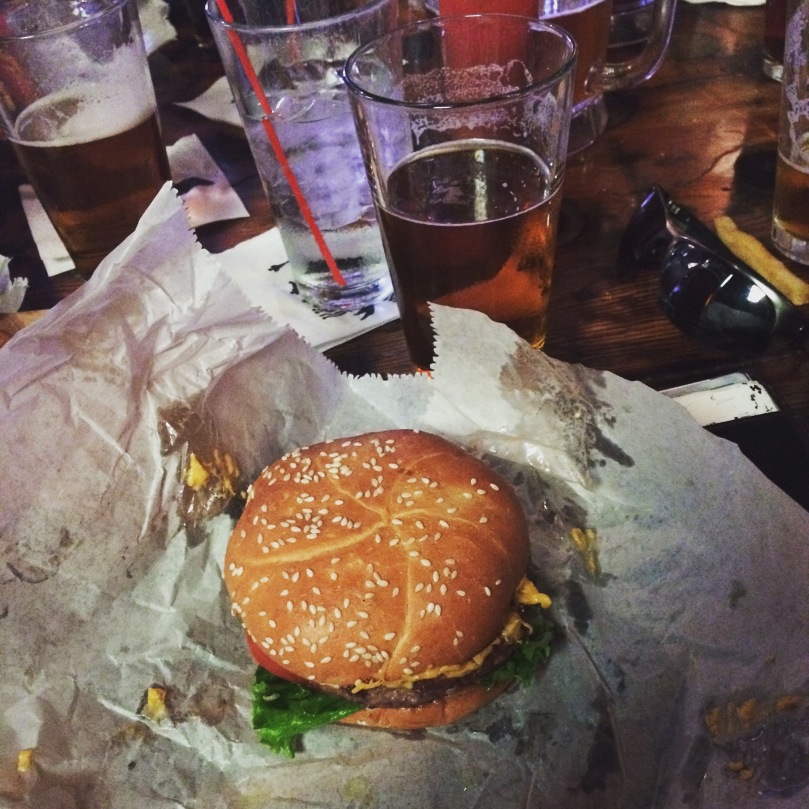 Yeah, that would be a cheeseburger on a sesame seed bun with American cheese, wrapped in paper.  Hardly gourmet.  But the thing is, My Brother’s Bar is apparently the oldest bar in Denver and used to be a favorite hangout for Jack Kerouac.  In other words, if it’s good enough for Jack, it’s good enough for me.  Plus, if it ain’t broke, don’t fix it.  I’m not going to say this was the best burger I’ve ever eaten but there’s a time and a place for a good old greasy burger, plain and simple and this one hit the spot.

It’s probably for the better that the game sucked because I’m pretty bad at multitasking and being surrounded by nine of your friends means lots of chatting.  Chatting > watching the Rockies lose.  And I think that’s all I really want to say about that game.  Oh wait, except this… the row in front of us was eating their peanuts WITH THE SHELL.  Is that a thing??

The bad thing about an early fall race is that you have to train during peak summer months and therefore, peak summer heat.  The good thing about an early fall race is that the closer you get to the race, the cooler the weather is and the later you can start those training runs.  We set out around 8 AM for Saturday’s 7-miler and it went swimmingly!  We’re trying to be more aware of our pace (or should I say MY pace) so I’m not dead by the last mile.  It was still hot by the end, but the shaded path along the river is really starting to grow on me.

Afterwards, we took ourselves to Weathervane Café (<– this place is quickly becoming one of my favorite coffee shops, even if it requires getting in the car and driving there!) because all I wanted was a lavender latte.  SO GOOD!  Plus that mug, those shelves full of locally made goodies, the two owners and all the wacko décor just makes Weathervane so perfect.  I got a taste of that bread Joey got and gave it my full seal of approval.

I was seriously debating whether Joey would be mad at me for putting up this picture of us testing out new pillows on a display bed at Macy’s but in the end, I decided it was too funny not to.  Also, it’s his fault for not taking one of me doing the same thing.  But serious question: why don’t they make pillows for those of us who like something that’s really flat and basically feels like not using a pillow at all? 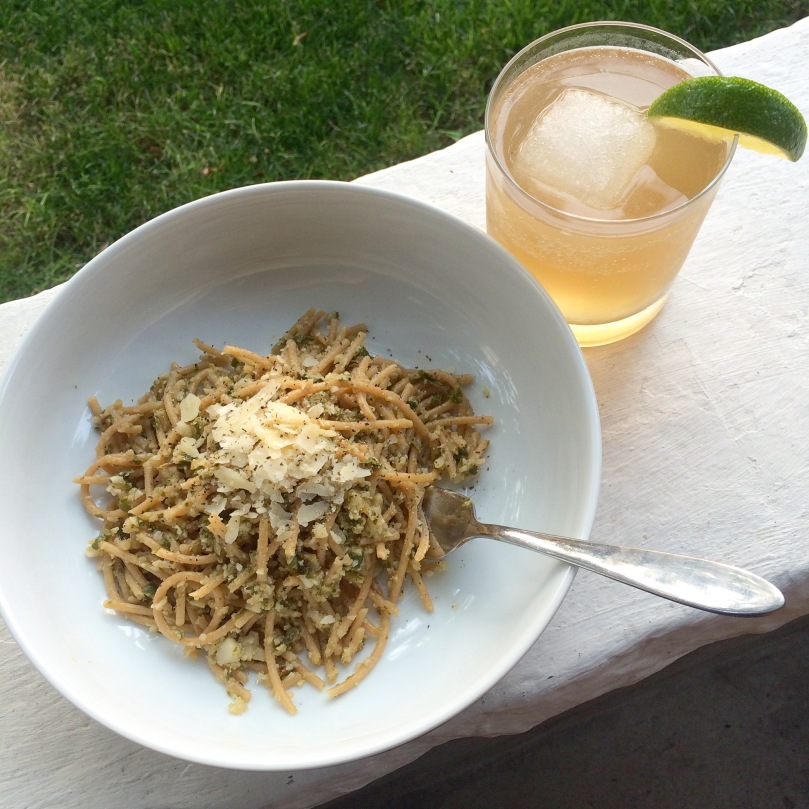 Okay, this probably makes me sound super boring but all I wanted to do on Saturday night was cook dinner and chill out at home.  (Which is also all I want to do most night, but I digress.)  We made this Spaghetti with Cauliflower and Garlicky Swiss Chard Gremolata and immediately decided it was a new staple in our dinner rotation.  Quick, easy, flavorful and makes a ton of food.  Plus it’s equally packed with pasta AND vegetables so we were both happy.  We also made the spontaneous decision to try mixing up Moscow Mules when we realized we had vodka and ginger beer at home.

Serious Question: is it a Mule if it’s not in a copper mug? 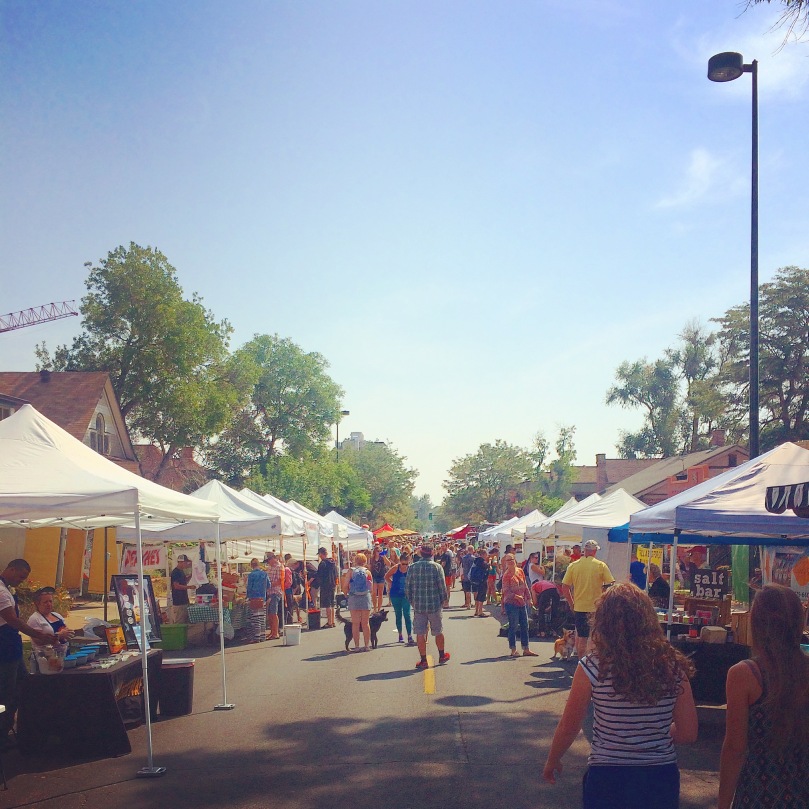 We slept in on Sunday morning then made our way over to The Farmers Market at Highlands Square for the first (and probably last) time this year.  We went once last year, and whoa, we did not expect it to be twice as busy this year!  Tents, dogs, kids and people galore.  It was kind of hectic.  Also, we’re dumb and bought all our groceries at the store the day before. 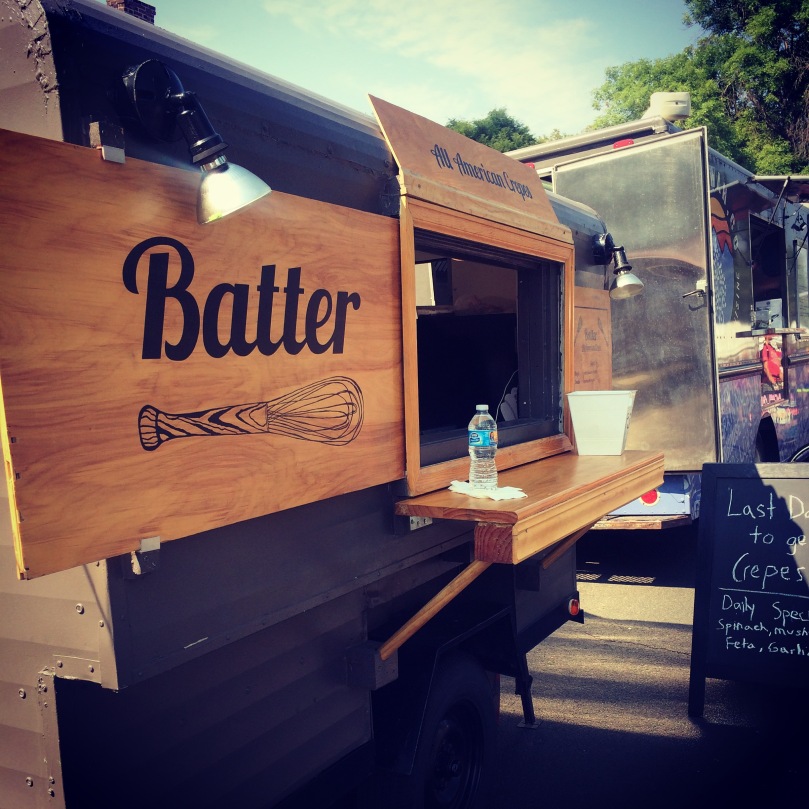 My real motive behind visiting the farmers’ market was food truck breakfast.  We really underestimated the number of people who would be doing the same thing, so food truck breakfast turned into more of a food truck lunch by the time we got it.  We tested out this crepe truck that was baseball themed, because how can you resist that?  They serve their crepes in a baseball glove, how awesome is that?  Also, shared this omelette from an awesome BBQ truck and get this… Joey took this picture for me.  He just gets me so well.

P.S. We grabbed drinks from Novo Coffee, which recently opened on 32nd, and their house-made chai is probably my new favorite thing.

Three things about this picture.  1) That’s my new purple jersey to replace my Tulo (TEARS!).  2) I’ve decided to bring back the half ponytail.  3) Even though it wasn’t that hot, wearing jeans and a dark shirt means I was a sweaty mess.  And that’s all there is to be said about that game.

I had this itch to bake all last week and finally got around to it yesterday.  Zucchini bread forever.  Actually, there’s a random piece within every piece that seems a little too doughy so I don’t think my muffin to loaf cooking time conversion worked out that well.  I’ll still eat it, though. 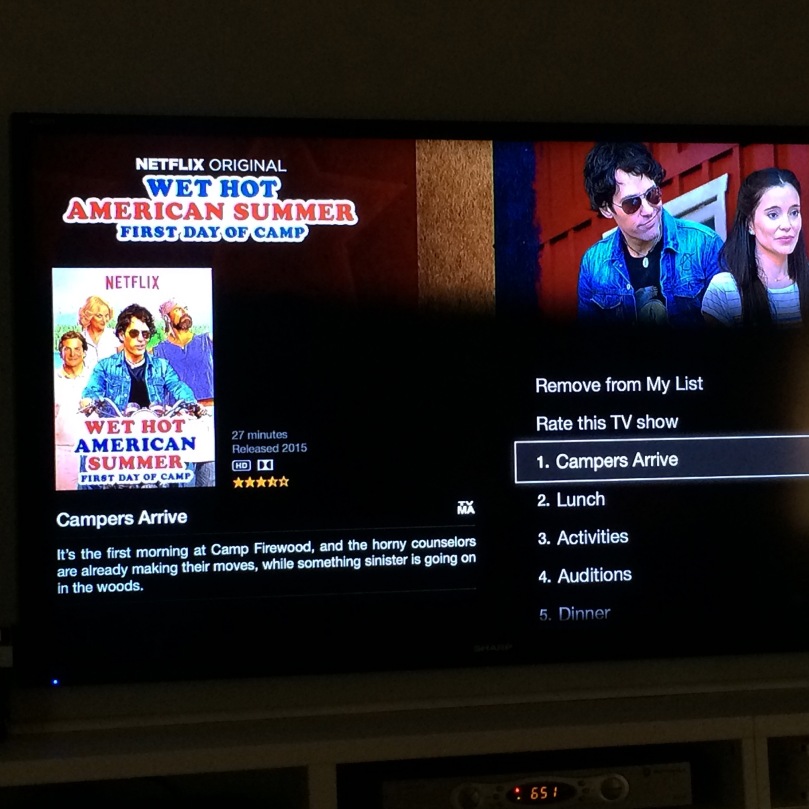 We ended Sunday by watching three episodes of this.  Can I be honest and say that I don’t think the original movie is all that funny?  So I set my expectations pretty low for the series and as of now, I’d say it’s exceeding them, but not by much.  We also cooked dinner, watched Big Brother and decided these next 10 days are going to feel so long since we’re leaving on vacation at the end of them.