On our drive to work Joey asked me, “are you going to watch the inauguration?”  And you know what?  No, I don’t think I am.  Struggling real hard with watching and reading everything so that I can be an informed critic and not reacting with anger and disgust.  Let me know if you have the answers on that one, because I sure don’t.

In other news: new John Mayer out today!  Friday!  Fun weekend plans!  Lots of people posting Thank Yous to the Obamas ♥  But what I really wanna talk about right now is Little Women, in both it’s book and film versions. 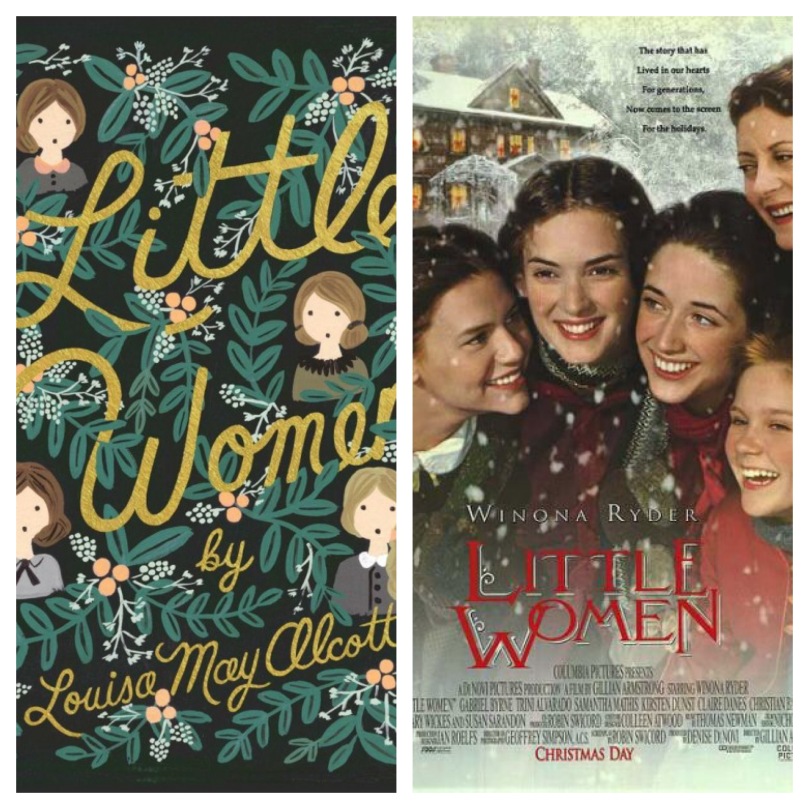 I finished the book last week and on Tuesday, I asked Joey to watch the 1994 version of the movie with me.  He kept saying stuff like “the 1949 version is on Netflix and the 1933 version is on Amazon” and my response was “WINONA OR BUST!”

I could probably go on and on about how much I loved the book.  How Louisa May Alcott’s writing was playful and entertaining but also chock full of wisdom and life lessons that I think stand the test of time.  I mean, it’s a classic for a reason.  The way she created those four sisters with their own paths and personalities was so incredible to me.

Not gonna lie, I was heartbroken when Beth died and inconsolable when Jo and Laurie didn’t end up together.  I know books don’t always end nice and neat the way you want them to, but I really really wanted this one to.  I would not have been mad at that predictability at all.

As for the movie, I definitely liked it, but I just liked the book so much more.  Christian Bale just rubs me (and Meg and Jo and Amy…) the wrong way.  But I will say I adored Winona as Jo and Susan Sarandon as Marmee.

In conclusion, here’s to the O.G. feminist, Jo March and to Louisa May Alcott for creating her.  It was 1868 and she was writing about a woman who was more interested in becoming a writer than getting married.  And at the same time, about a character that wanted to be a devoted wife and mother, because there’s nothing wrong with that life either.  Hell yeah to that!